Udaari Episode 21 – Victim Chooses To Be A Survivor

The drama is back on track with Zebu playing a bigger role in the picture. So far we watched Zebu play a victim and not a survivor but in this episode she chose to do what needed to be done in order to put the person who violated her behind bars. This is the first time that we are watching such a case go to trial in a drama and in the end the rapist will get the punishment he deserves through proper channel. We have seen dramas in which rapists are shot in the end or they lose their senses but we have never seen a rapist go to trial. Although the past few episodes were somewhat disappointing because Zebu’s character had been relegated to the background but they laid the foundation for everything we saw in tonight’s episode. These latest developments will shock Imtiaz because all of this was not part of his grand plan! This episode opened with Arsh distancing himself from Meeran emotionally. He is still as dedicated to this case as he was before but after Meeran’s response to his proposal in the previous episode he is no longer willing to be “just friends” with Meeran either. Arsh’s reaction was realistic but it is still difficult to digest the fact that in all these years both of these individuals have not moved on. Meeran finally tells Arsh the truth and that is when he makes a very important decision – Zebu is the only one who should decide whether she should come out with the truth or not. This was the decision which brought Zebu back in the picture. Zebu is desperate to get her mother out of jail therefore she is willing to take this difficult step. 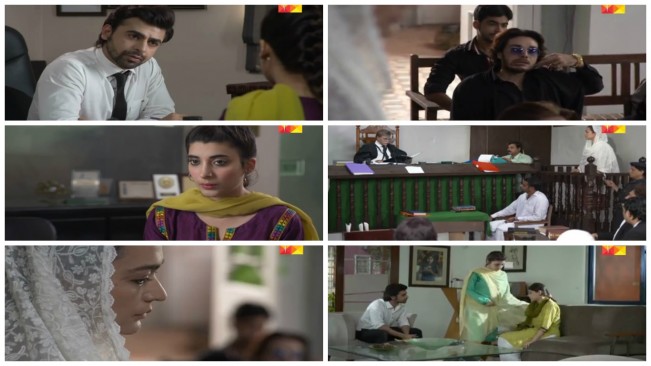 This episode also focused on the prerequisites for taking such a case to the court. These discussions were loud and clear which was a bold yet an important step to raise awareness about the issue. The scenes in the court showed how easy it was for Imtiaz to win this case if Zebu did not decide to share the truth in the court. The viewers however were not shown why Sajida decided to plead not guilty because so far she had been saying that she would confess to the crime. Was it because of Imtiaz’s presence in the court? She did not want to give him the satisfaction of knowing that he had already won the case. All the details of the case are being covered in these last few episodes therefore the pace of the drama has slowed down considerably. This episode was educational and Zebu’s growth from a victim to a survivor was a positive development but it wasn’t very entertaining. The drama sends out a very important message therefore it is there to serve a bigger purpose. Farhan Saeed has proven himself as a versatile actor in this play and Ahsan Khan has won people over with his effortless portrayal of Imtiaz. Farhat Ishtiaq’s take on the story of a rape victim is definitely very different and better from many other dramas which we have seen recently that dealt with the same subject. The story was stretched in the previous few episodes therefore the drama isn’t as entertaining as it was before but no one can deny its educational value. The director Mohammad Ehteshamuddin has extracted the best performances from all the actors involved and this episode was filled with flawless performances mostly because Ins-e-Yazdan did not make an appearance. Hina Altaf’s acting was okay in tonight’s episode, she did whatever was expected from her but she doesn’t add that little something which could have made this role special. 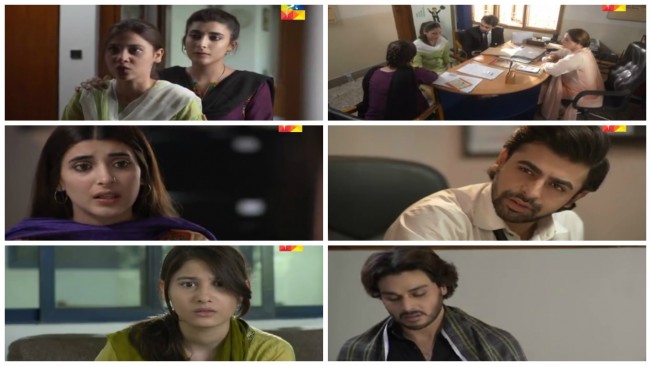 The preview of the next episode suggested that it is not going to be the final episode and the focus will be entirely on the hearings of Sajida’s case. Zebu’s presence in the court and her side of the story will change everything. Imtiaz will lose the edge he has right now and it is then that the judge who right now seems to be siding with him will change his approach. The real question is whether Sajida’s will change her approach too or not! How many of you watched this latest episode? Do share your thoughts about it.