So we got the next two episodes of Umm e Haniya this week and one thing is really noticeable, this drama airs in two episodes every week and still manages to keep it happening and engrossing. Filler scenes are few and far between but story does move forward. There was a little too much moping by Rohan and too much conversation about keeping the abandoned baby home but over all it was still not a drag.

Another good thing is that till now, the drama is making sense. The people are acting in line with their characters and the script in written in a sane way. Even though the happenings are not very usual, like finding and keeping a lone baby and the fact that Romi’s fiancé was the person whose negligence caused Saba’s death, they are shown in a very realistic manner. The story is looking unusual and interesting but not outlandishly unbelievable. Rather, it is becoming more like a thriller. You really want to know how and when Rohan will find his daughter and how will Kamil and Roban’s mother get punished. 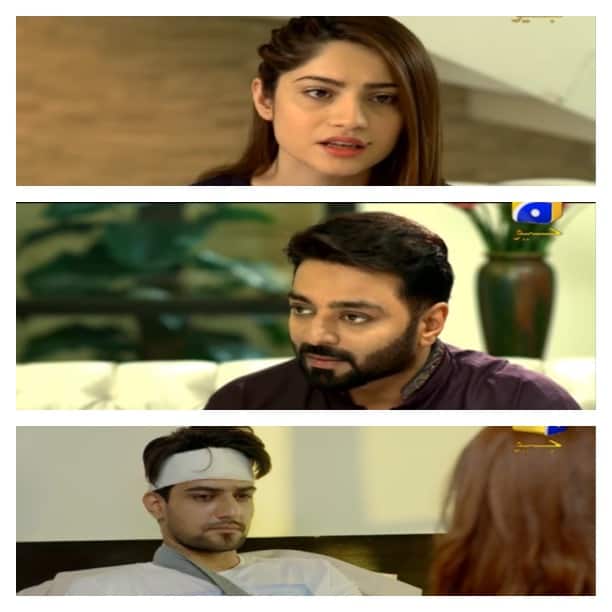 Hashim Butt and Neelum Munir were again stars of the show. The father daughter duo is so endearing, so loving and so gentle that you can’t help falling in love with both of them. They couldn’t have done better than Hashim Butt in the character of a supportive and feminist father. He makes your heart melt and gives you such fatherly feel. He is just the best part of the whole play. More men like him are needed on mainstream media to show how men shoulda treat their families and daughters and even orphan and under privileged members of the society. No wonder his daughter cannot make herself abandon a helpless infant even though her own marriage and relationships are in danger because of that. 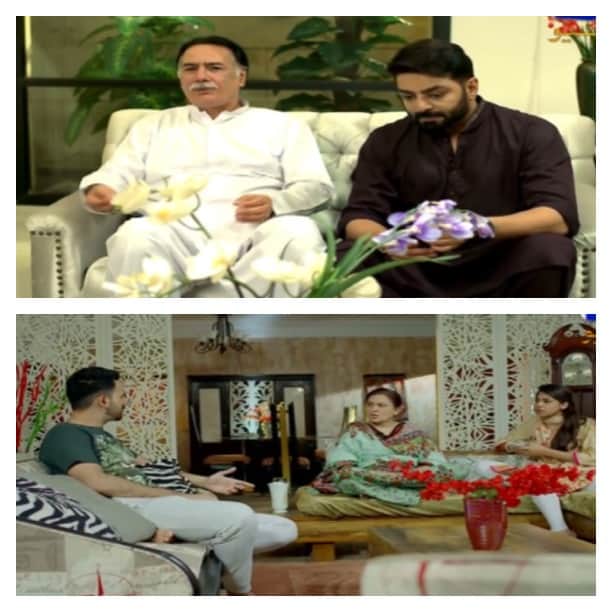 Regarding the other two families, Kamil’s is your usual family next door with its flaws and trials. Kamil is not a bad person but he made a bad and selfish decision under crisis. It’s not like he deliberately killed Saba but his negligence in both driving and getting her prompt medical care lead to her death. It was good to see Rohan remembering and pursuing  this, and now this lost watch scenario is certainly adding thrilling and mysterious dimensions to the play. Kamil’s mother is also typical and orthodox but not evil because she was defending Romi in the face of her daughter Sundas’s accusation about the baby being Romi’s illegitimate child. Sundas, however is almost comical in her dislike and jealousy of Romi and the way she is handling the situation also shows that she is not a bad woman per se but cannot really digest the freedom and trust that Romi is given by her father and brother, which she likely never got.

Rohan’s family on the other hand is such negative energy. Only a woman like his father mother could have raised a daughter like Maham, wo does not have an ounce of sympathy for her broken and bruised brother who has just lost his wife and newborn baby. Such people make you nasueaous by their mere presence. On top of that, both Farah Shah and the girl playing Maham (please enlighten me with her name if you know) are not even doing a good job as actresses, so it’s very hard to understand their characters at any level, but the other two main families are compensating quite well for them.

Stay tuned to see where the next week’s episodes take the story..