Ohkay so, this episode once again focused solely on how Ana was getting to learn more about Amaan with each passing day. With absolutely no other character in the picture, they were still able to hold my interest in this episode as a viewer. The fact that the writer has added so many layers in the main characters makes it very easy to find this drama gripping, also the brilliant performances of Ahad Raza Mir & Sajal Aly help as well.

Ana Proving Her Love To Amaan

The beginning of the episode covered how Ana saw Amaan at probably his worst so far. Ana did understand that Amaan has something that bothers him, probably something related to his family, that is why he gets engulfed in that misery so much that he forgets everything else. Amaan has been following the same pattern, he misbehaves, then apologizes, Ana gets disturbed, forgives & moves on. So far this is what their relationship has been all about, however I am keen to see any kind of change soon. Ana did show some transition which was not only sweet but made me feel for her. It is like in such a short span of time, Ana has matured so much & she is doing everything in her might to make this marriage work despite the obvious doubts & concerns she has related to her husband. Ana has realized that something is definitely wrong but Amaan fails to share it, therefore she tried her best to help him, just be there for him & curb all those concerns she has everytime he behaves this way. Ana loves Amaan & she is proving it every step of the way. The way she immediately changed the subject when she saw Amaan getting distressed at the mention of his family went to show that she has learnt to deal with Amaan & also has made herself come to terms with the fact that Amaan believes in certain boundaries, which she should not try to cross.

The most important conversation in this episode for me had to be about Ana recommending Amaan to see a psychiatrist. There’s no denying to the fact that this happens to be the theme of the drama, therefore the writer strategically made this conversation happen at the right time. It shed a light on the fact how being supportive towards such people is the key & how important is it to open up a discussion about such matters. Ana probably knew that Amaan wouldn’t agree to what she suggested but still she took her chance to at least put the idea in his mind. Ana could also vouch for therapy because she has a firsthand experience of what it is like & how beneficial it actually is. This was a subtle way of shedding a light on this subject but it was loud & clear. Well done! 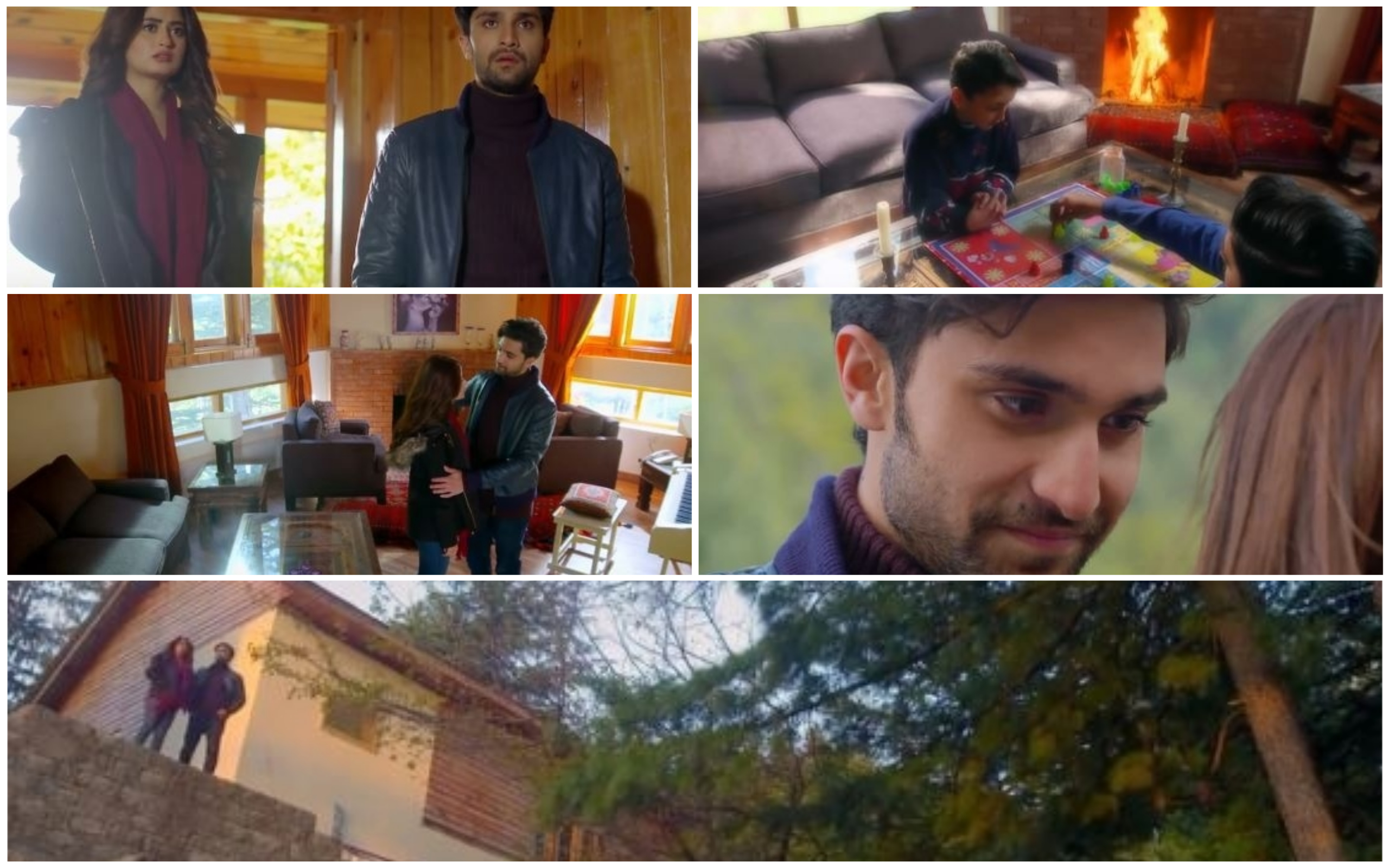 As much as all these efforts from Ana’s side are appreciable, I wish to see more from Amaan’s side too. For now, it is a fact that he loves her & he does feel for his wife but because he is so focused on his revenge & is stuck in his past, that he has actually forgotten to work on his relationship. At present, Amaan is pretty much comfortable with the idea of mistreating Ana & then asking for an apology later, because he knows, she will fall for it without questioning him.

Ana & Amaan went to Daryabagh, the fact that Ana found that entire place familiar made me think that may be while running away from Meer Farooq, Nilo took Ana to this place. The picket fences in Ana’s dreams & the cottage in the background are exactly the same as Amaan’s childhood place. Perhaps Amaan’s family was an eye witness to Nilo’s murder, probably that is why Meer Farooq murdered them as well. Let’s see when the truth will be revealed. The rest of the episode just went by with Ana & Amaan exploring the cottage, Ana feeling distressed & Amaan reminiscing about all the beautiful memories he had made with his family at this place. It was interesting to note that the visit to Daryabagh & this cottage had an emotional effect on both Ana & Amaan but they were feeling & experiencing it differently. Ana found it eerie whereas for Amaan, it was a way to connect with his family & childhood.

Slow Pace Yet An Interesting Watch

This episode did not take the story forward, which does make me feel that the pace of this drama has slowed down considerably. The preview of the next episode also didn’t promise much in terms of story development but yes, it still doesn’t take away the fact that Ye Dil Mera is an interesting watch & makes you look forward to what’s in store. Sajal Aly & Ahad Raza Mir have performed brilliantly in this drama. It is interesting how they have created a strange chemistry between the characters of Ana & Amaan because they both have psychological issues that they deal with, therefore I find it interesting to see a disconnect in their chemistry because it works well with the kind of situations their characters have & are going through. It is definitely a highlight of this drama that they have maintained that effect because if they had normalized everything with them being perfectly fine having sizzling chemistry, it would’ve taken away the purpose of their characters & the emotional baggage they carry. Also, props to the entire team for choosing yet another gorgeous location, what a visual treat & what a cute cottage, wow! Please share your thoughts about this episode of Ye Dil Mera.