Ohkay so, this episode of Ye Dil Mera took the story forward & gave a lot of answers to the viewers by showing the flashbacks & revealing how Amaan & Ana shared some of their childhood memories together. This episode in general was definitely nice to see, more so because a lot was revealed, however, the acting in some of the scenes was unconvincing & it almost looked like the actors were having a hard time establishing the chemistry needed to make their conversations appear effortless & natural!

Pieces of Puzzle From The Past

Ana has been finding Daryabagh quite familiar but she is unable to put a finger to it. I will definitely give it to Ana that after suffering from anxiety & depression, some of her memory must’ve been hazy but considering that she has spent such a memorable time with her mother in that place, for her not to even remember any of it does make it a little unconvincing. Maybe if they had shown that Ana was around 3 – 4 years of age, it would’ve still made sense because the girl that was shown in this episode was around 7-8 years old & mostly kids do remember the happenings especially visits to certain places vaguely at least. However, like I said, I will give it to her considering that she has spent years being disturbed so for her to hold onto that memory seems highly unlikely. Amaan’s character & his overall growth has become stagnant, especially the motive of bringing Ana to Daryabagh. It seems he wants Meer Farooq to come in order to get in touch with Ana, but it looks like it will take a while because Meer Farooq seems too relaxed & not too keen on getting in touch with his daughter Ana during his trip to France. 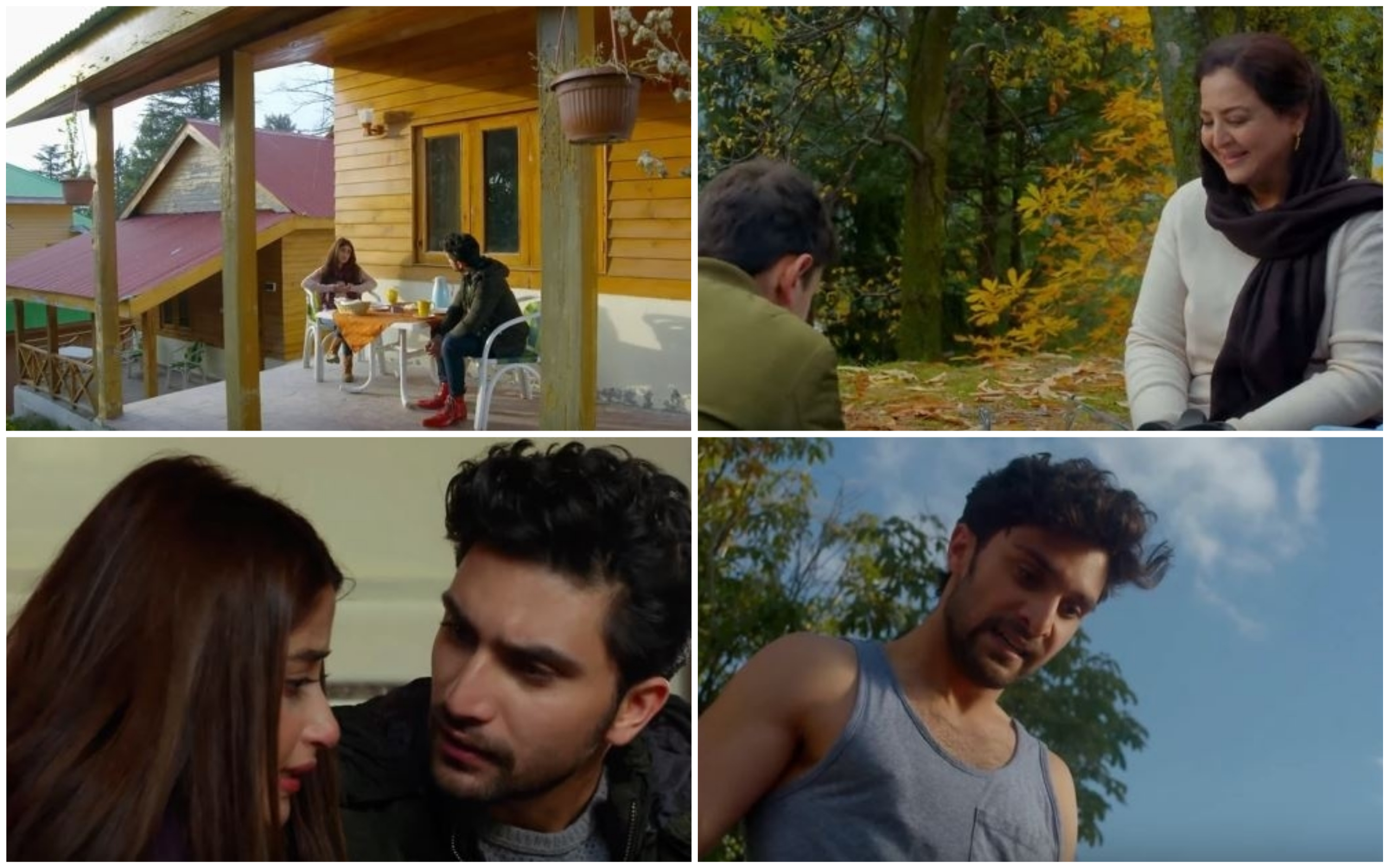 So, the reason why Amaan knew Ana had a scar on her chin was because of the childhood incident of falling from the swing. Amaan & Ana’s mothers ended up being friends. It was also suggested that Meer Farooq was clearly interested in Humera but she friend-zoned him. I still feel this would not be the reason why Meer Farooq ended up killing her, there’s obviously more to it. It looks like when Nilo had feared that her life was in danger, she must’ve gone to Humera & she being a witness to Nilo’s death ended up getting killed by Meer Farooq too. They will definitely take some time in taking the story to that point, however it was interesting to note that they did establish the connection between Humera & Meer Farooq way before, because after he shot her, the way he looked at her clearly indicated that he had certain feelings of resentment towards her. However, I will say that it is definitely interesting how in certain scenarios, they have show a more humane side of Meer Farooq due to the love he has for Ana, it is like she brings out the best in him & he likes being a good human being in front of her. Yes, he is lying & faking his niceness but as a father, the love he has for her is unconditional & pure. Having said that, I am definitely looking forward to his undoing because he most certainly has to pay for what he has done in his past.

Humera & Nilo became good friends & this episode only covered the beginning of their friendship. Their conversations were simple to the point of being a little off, also it looked like they both were repeating after each other, which made their chemistry as strangers as well as friends a little unconvincing & odd. In scenarios like these, it shows how important it is for the director to get the desired acting from the actors because some actors heavily rely on the directors & their briefing. It was too obvious that both Zarnish Khan as well as Mira Sethi were struggling to do their bit. Anyways, I was way too happy to be getting the answers that I didn’t let their poor acting & strange vibe distract me but it was still way too obvious. I liked seeing how Nargis Bua was being herself & was super sweet to both Ana & Amaan. It now makes a lot more sense why Amaan has a soft-corner for Nargis Bua because she happens to be the only person alive who was nice to him back in those days & who he has some fond memories of. The scenes of kids were nicely done & they seemed natural, considering the viewers automatically don’t expect the child artist to act naturally or effortlessly but still, both the kids did their part well! 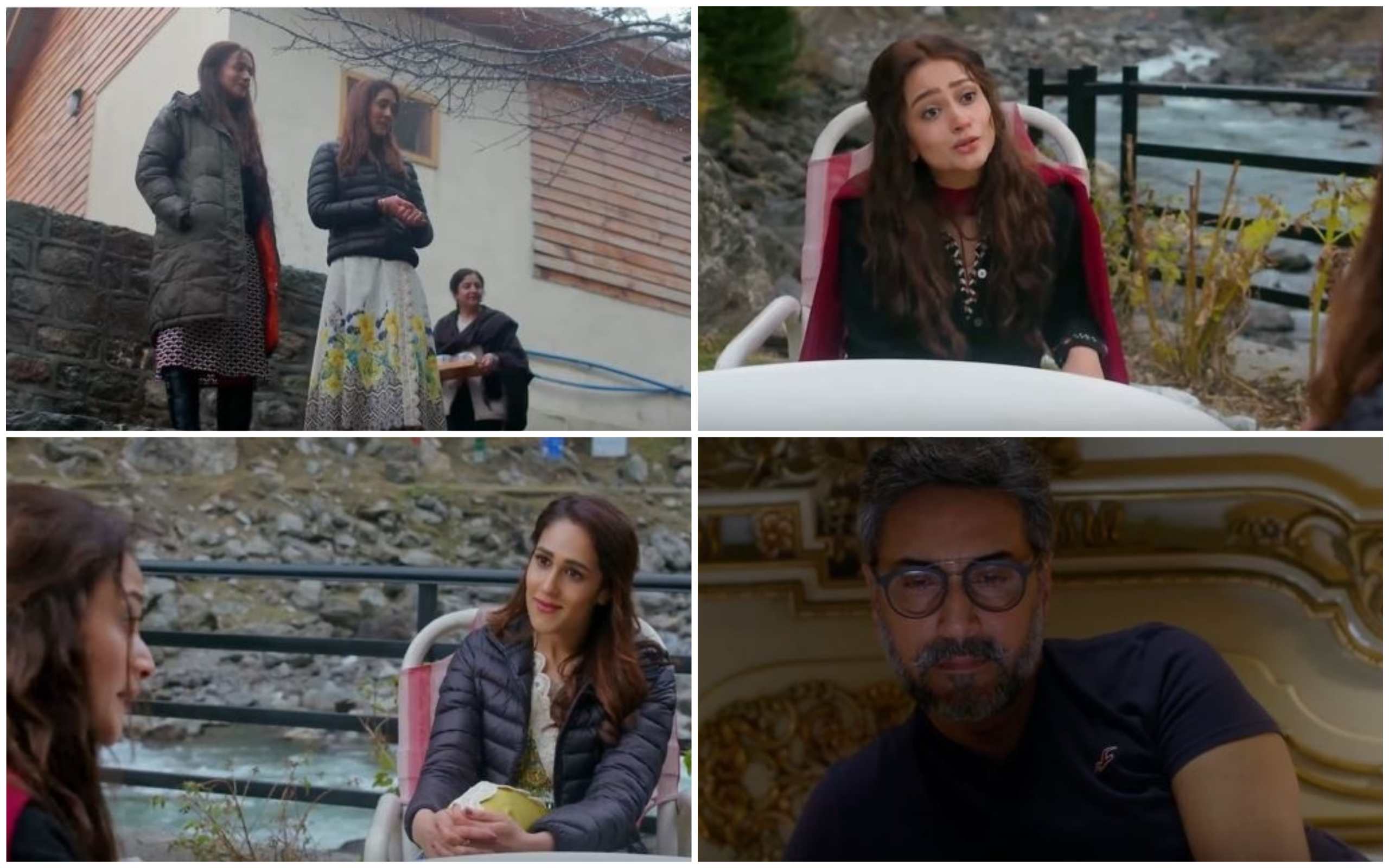 Sahira is obviously following the instructions of Amaan & she is now confusing Meer Farooq, kind of riling him up so that he does something wrong which Amaan will catch onto. Ana is obviously not too keen about not having her mobile phone which is strange but Meer Farooq not being eager to get in touch with his daughter doesn’t make much sense, especially when he is out of the country & hasn’t spoken to her once? Yes, I didn’t find the need of him to be in touch with her 24/7 when he & Ana were in Islamabad & she had just started her marital life with the love of her life, but yes, now that he is far away, he definitely would want to get in touch with his only family, wouldn’t he?

The episode overall was definitely nice to see. Amaan collecting the pieces of his childhood & Ana finding some of the traces as well, it was quite interesting. Just when I was appreciating the little detail of the hotel staff speaking in French & appreciating the fact that the director put in that effort to convince the viewers that Meer Farooq was in France, I was taken aback by the high-res quality of pictures from Ana’s childhood. It’s little details like these that set the tone for the drama & show that the drama-makers only approached it commercially. I was wondering how much of an impact it would’ve made if they had photoshopped those pictures & given them a little effect of the 90’s to suggest that they were from Ana’s childhood & not clicked yesterday with the child artist. Ahad Raza Mir & Sajal Aly were right in their element in this episode yet again. Naima Khan played her part well. Mira Sethi & Zarnish Khan definitely struggled, although the stylists had put in an extra effort in their clothing to make it look like they were showing a flashback from the 90’s but the actresses on their own faltered, which also made the entire scenario lose the charm & the grip it should’ve had on the viewers, considering they were showing such important pieces of the puzzle related to Ana & Amaan’s childhood. Anyways, please share your thoughts about this episode of Ye Dil Mera.