Tonight’s episode of Ehd-e-Wafa was more of a transition episode with which the story moved forward to the next phase. The good aspect of Ehd-e-Wafa right now is that all the boys are being given equal screen time. Dua and Saad’s scenes in the previous few episodes were truly impactful therefore I was waiting to see more of them. Saad it seems is giving Dua the time she needs to concentrate on her studies but it would have been good to see a little more interaction between the two. So far the biggest takeaway from this drama is how youngsters from opposite genders can help each other grow. We have at least 6 youngsters in this drama who are career oriented which is definitely a first for a Pakistani drama! At first just like everyone else I was also disappointed that all these friends were not going to join the army together but now it is good to see how different professions are being covered through their journeys. The new OST has definitely been a refreshing and much needed addition to Ehd-e-Wafa.

This latest episode of Ehd-e-Wafa focused on the ugly side of politics and I must say that Shahzain did not take long to act on the advices given to him by his ‘mentor’. Saad continued to be the leader who would do anything to make sure that his team won. Shariq’s scene was confusing since he did exactly what he had been doing right from the start of his career. Ramsha has been working with him for such a long time yet she was surprised when he was not willing to take dictation. This development did not make a lot of sense since I didn’t feel that he was being personal but he asked valid questions regarding Shahzain’s academic qualifications. This entire development however showed that Shahzain was going to be the backstabber since he was told that would help him further his career. I must say that everything that Shahzain’s mentor said to him was written exceptionally well – meaningful dialogues which showed the dark side of politics. 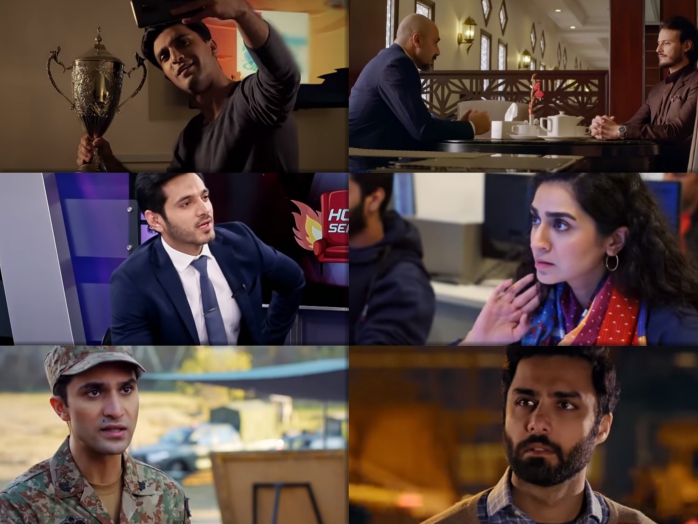 When Shehryar called Saad to tell him about the talk show for the first time it seemed like Shehryar was looking forward to a face off between Shariq and Shahzain yet later on his reaction suggested something entirely different. I must say that for a second even I felt for Shahzain because this was such a big insult and was left wondering if he deserved it. Later on however, he himself proved that he did not deserve to be friends with people like Shariq and Shehryar. These developments were definitely surprising and changed my opinions about these characters as the story progressed.

Saad and Gulzar’s scenes showed their fun sides yet again. It is always good to see that these two are still in touch and share their triumphs with each other. Saad and Dua’s scene in this episode was brief but it was meaningful. Although Saad and his father did not have a lot of screen time together yet the on-screen chemistry between these actors is simply remarkable – definitely one of a kind. The fact that their expressions are always on point whenever they either talk about each other or are together adds to the emotional value of their scenes. When Saad talked to Dua about his father, his concerns and feeling were easy to relate to. Ahad Raza Mir’s performance has been exceptional throughout even though in the firing practice scene his contouring and highlighting was a little too obvious. Saad is turning out to be my favorite character and at the same time I find myself rooting for Shariq and Shehryar. Rani also deserved someone better than Shahzain, his dark side is really off-putting and it seems like his political career is only going to make it worse. 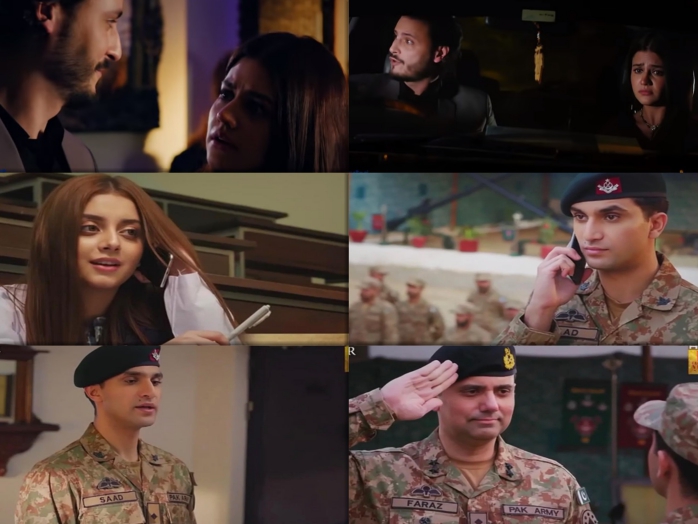 The preview of the next episode suggested that Saad will leave for his first real mission and before going his dialogues suggested that something tragic might happen. Although I would love to see a happy ending to Dua and Saad’s love story but so far Saad’s leadership qualities suggest that he will take any kind of risk to make sure that he accomplishes his mission. The leaked BTS pictures of course suggested something different but right now it seems it could be a way to perhaps mislead the viewers. Shehryar it seems will clear the CSS exams and interview. The look on Shehryar’s face when Shahzain told him that he ‘helped’ him pass the exam broke my heart – I am pretty sure though that he is lying once again! Seems like Shahzain is going to practice everything he has been ‘taught’ on his friends even before he starts his active political career.

Even though this episode was not as impactful as the previous two but overall it was the kind of episode which makes you look forward to more. What does the future hold for Saad? Will Shehryar believe Shahzain? Shariq has made it big in the media and it was great watching him get a better slot. It has been great watching these boys grow. Is there hope for Shahzain? It seems highly unlikely at the moment. Tonight’s episode was executed well and some of the dialogues were really powerful.

Did you watch tonight’s episode of Ehd-e-Wafa? Share your views about it.