This latest episode of Ehd-e-Wafa was yet again entertaining as well as emotional. It was well written, beautifully directed and most of the performances were truly impressive. All the actors are playing their roles exceptionally well and for now Osman Khalid Butt’s wooden acting suits the role he is playing. All the boys, with the exception of Shahzain, are on the right track and watching them go ahead with such confidence has been heart-warming.

Tonight’s episode opened with Saad and Dua’s conversation which was both romantic and meaningful. Ahad Raza Mir has been performing remarkably well throughout but now Alizeh Shah too is quite likable in this role. Dua’s character in the beginning didn’t have a lot to offer and it kept the viewers confused as well. The fact that both these characters have much more going for them than the relationship they have is definitely the best part. It is great watching a drama which shows that young people can be in love and focused on their studies and careers at the same time too. I however was waiting to see a conversation between Dua and Saad before he left for Waziristan. There were a few scenes which suggested that Saad might not survive the mission but I do feel that it is too early to show something like that. Honestly speaking, I would love to see Saad as a ghazi in the end. After all ghazis are also heroes. 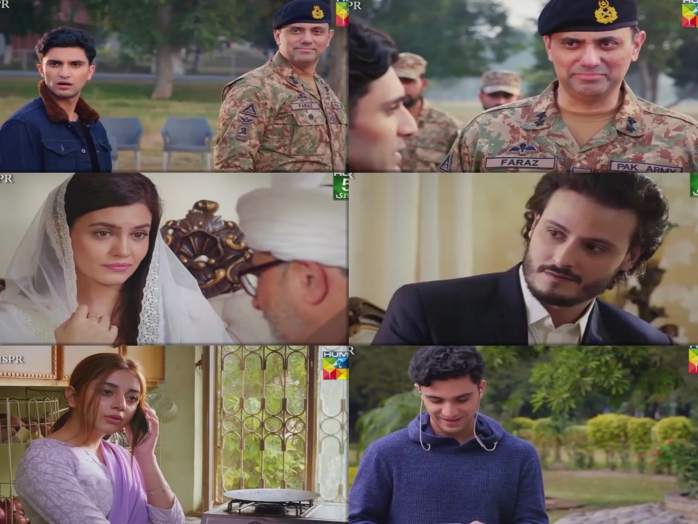 This episode of Ehd-e-Wafa didn’t just have one but two really touching scenes covering Saad’s relationship with his father. The on-screen chemistry both these actors share is remarkable and their scenes always leave an impact in some way or the other. In the first scene Saad’s father showed him who was the boss even though Saad was quite confident. And in the second scene, he made sure his son knew that he was lucky to be given such a good opportunity at such an early stage in his career. Saad’s mother’s reaction and their scenes together were even more emotional. Ahad Raza Mir’s expressions in all these scenes were beyond impressive. Their dialogues were also written really well. 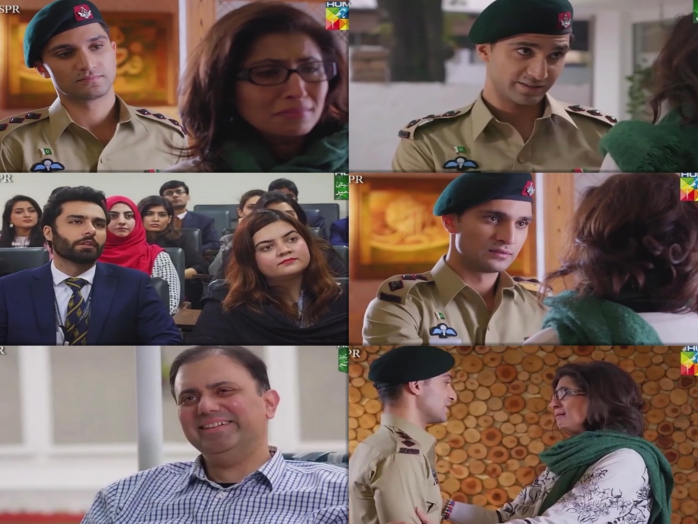 Shehryar and his father’s scene was directed and acted-out beautifully. It was the most sweet and emotional scene in this entire episode. Right from the beginning Shehryar’s track has been extremely emotional. He has not only been the most level-headed and likable character in the play but his circumstances have been such that the viewers have been rooting for him for a long time. Therefore watching him get this far and then watching him present his success as a surprise to his parents was an absolute treat to watch. The way his father saluted him was the best part of this scene. Later on, when Shahzain told Shehryar that without him, he couldn’t have made it to where he was today, it was really good to see Shehryar not falling for this lie. On the other hand, Shahzain succeeded in fooling Shariq completely. Shahzain still feels the need to dominate his friends. He knows he cannot do that, the way he used to because all of them have made it quite clear to him that they won’t be taking dictation from him therefore now he is doing so by making them feel like he has been doing them favors which were crucial to their careers. It was really nice watching Shehryar take a stand for Saad, he is a wise young man! 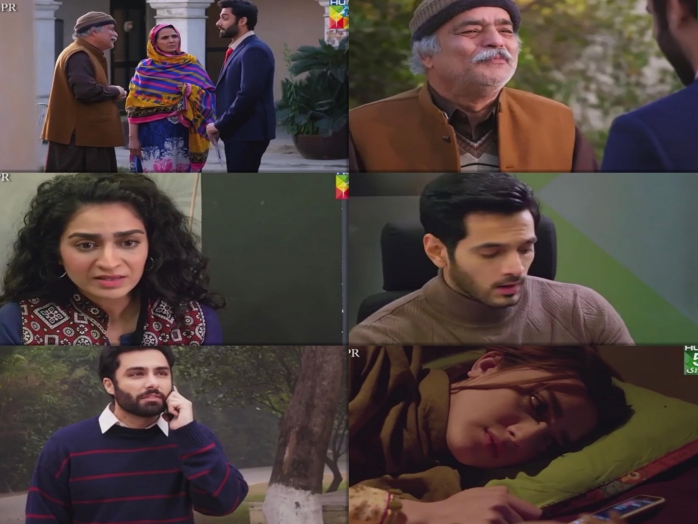 Shariq’s scenes clearly showed that he had managed to make a big name for himself. Even though he is an intelligent man who has carved his own path yet he let someone like Shahzain fool him, that particular aspect did not work for me. Other than that watching the channel owner giving him all the liberty and so much respect was something easy to connect to since there are a lot of such media persons who have made a big name for themselves and even if they switch channels, they retain their viewership. 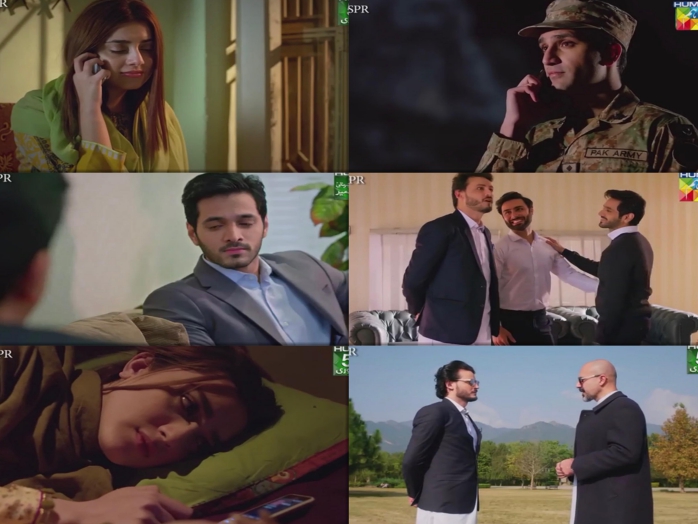 If you stopped watching Ehd-e-Wafa because it did not come up to your expectations then it is time to catch up because Ehd-e-Wafa surely is delivering what it promised. The script is turning out to be a meaningful one and this drama definitely offers the kind of entertainment we don’t get to see on our screens very often. Apart from Ahad Raza Mir, Ahmed Ali Akbar has given a phenomenal performance right from the get-go. I would love to see more of him on screen in other dramas as well. There will be yet another reunion in the next episode, impatiently waiting to watch that scene.