Kanebaaz (Gambler) a writing of Mohammad Ahmed, production of Adeel Farhaan & the direction of Ali Sade is a story of an intelligent gambler who makes it big because of his talent & calculations in the game of poker. While he is out there touching the sky, he makes sure to keep his feet on the ground & for this reason, pretty soon he understands that the race he got involved himself in is nothing but a farce. It is nothing but just a delusion, which makes him return back to his old good self after having a magnified look at the dirty & daunting side of the picture. 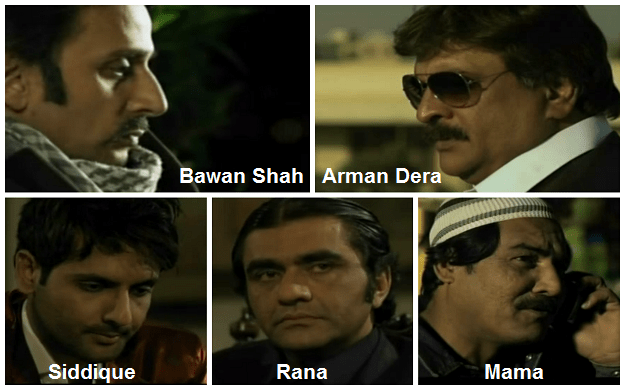 The story’s set in an underdeveloped area of Karachi where Siddique; a motor mechanic & his friends, who have struggles in their lives gather to play cards as a means of pleasure. That’s when Mama brings in agents of Bawan Shah to play the game of cards for a small level of gambling. Seeing Siddique’s prowess at the game, the agents invite him for a big game held at the residence of Bawan Shah. Even though Siddique feels he’s not fit to play at such a scale, he agrees because Mama & all his friends support him knowing that he can never lose a game.

That’s when Bawan Shah’s employee & his right hand Rana gets to see what Siddique can do for him & his boss. Bawan Shah happens to be a business tycoon who owns both legal & illegal business entities. Rana ends up offering 5% of the winning money to Siddique if he agrees to play for them. That’s when Siddique starts seeing his worth because he now knows that the game he used to play with his friends is now going to get him some money.

Bawan Shah happens to be a person who got estranged by his mother & his family as he becomes a business man after he kills his close friend. Bawan Shah sees himself in Siddique because he is reminded of that young, ambitious & rebellious young boy who was unable to please his father. Bawan always feels some sort of a connection to Siddique that’s why he goes to meet him at his shop but that’s when the people of Arman Dera (Bawan’s competitor & enemy) try to kill Bawan Shah & just because Siddique identifies them & saves Bawan Shah, Rana offers him a job of Bawan’s driver, where he’d have to protect his boss as well.

While the life of Siddique Ahmad is shaping up, he gets in contact with his best friend Shaibaan’s sister Shabana. Who pretty much knows that his brother & Siddique are both involved in the gambling but still she feels affection towards Siddique.

Just as Bawan starts depending a lot more on Siddique he happens to tag him along to his mother’s home. Siddique gets to see a soft hearted person behind the facade that Bawan Shah, the ruthless businessman pulls off. He deciphers regret & the loneliness in his eyes. He sees the dropped shoulders of a person who feels burdened for not being able to take care of his mother & his cousin Shireen even after he has managed to earn himself a name & fame. This sheds a light on the fact that even though Siddique enjoys being a part of the gang of Bawan Shah & he might’ve become a gangster, he still has some emotional streak in him. Siddique on his own manages to help Amman Jaan & Shireen & that’s when he earns some more respect of Bawan Shah & becomes his right hand, which gives a sense of professional jealousy to Rana. 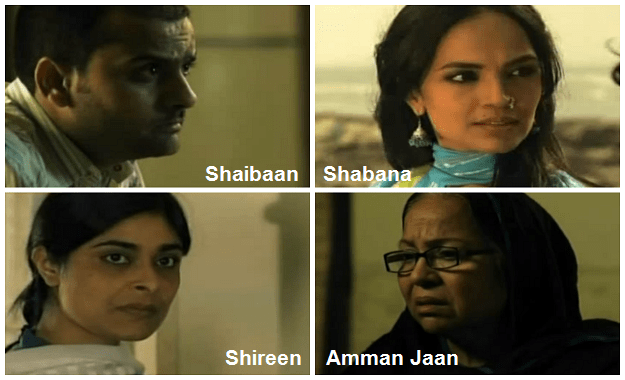 Arman Dera tries to use the property that once belonged to Bawan’s mother as bait to get Rana’s testimony by promising it to him & just because of his jealousy he testifies against Bawan to help the police in reopening the cases of murders done by Bawan. Just in order to bring Bawan down, Arman Dera resorts to such tactics but that’s when he finds out that the those who supply arms to him are under Bawan’s custody & this time, he ends up having an upper hand on the situation, forcing Arman Dera to surrender. This results in getting the things real & dirty because Arman Dera & Bawan Shah end up coming against each other which gives rise to the riots all around the city because of the war between the two underworld dons. At that particular moment Siddique gets a closer look at the whole situation to find out that Bawan Shah is not only an illegal businessman but he’s the don who is responsible for all the illegal killings & the havoc that has been created all over. He then feels frustrated to be working for such a person who is responsible for the deaths of numerous innocent people. Just when Siddique feels he can’t cope with it & can’t take it anymore & decides to quit, Bawan Shah gets killed which results in the end of the vicious cycle created by him.

For a change, it was an interesting subject to watch but as much as I enjoyed the direction of the movie, I felt that they left a lot for the viewers to decipher whereas there were some details that should’ve been covered by them instead of leaving it on the audience to figure out by themselves. Another thing that really didn’t seem good to me was the abrupt ending & also there was too much dependency on the old Hindi songs to cover any situation throughout the telefilm. The original soundtracks used throughout the film were good & matched the mood & subject of the movie.

I really liked the acting of whole cast but I feel that Amina Sheikh was wasted in this telefilm. Even though she had such a small role to play, she made sure to make it too loud & boisterous which didn’t really seem necessary. I really thought she’d have a strong role & a lot of contribution in the movie but it was disappointing to see her being used a filler because this story revolved around Faisal Rehman & Mohib Mirza.

Mohib Mirza was great & so was the rest of the cast but I think Faisal Rehman was phenomenal. What else can you expect from such a great actor! It looked like he imbibed the character of Bawan Shah & gave life to it. In my opinion, it was such a kind of a movie which by the end, wouldn’t offer you something to take with you. It’s like you’d watch & you’d forget because apart from the brilliant acting & intelligent direction, you’d still feel there was something missing in the overall product. It’s just my opinion but please share your say if you have liked the telefilm & enjoyed watching it.