Ohkay so, when did this episode begin & when did it end, I absolutely have no idea. This episode, like all the previous episodes was engaging & captivating as well. I am actually quite impressed with the way the director has added so much of emotion in this drama that you just can’t help feel the pain of all these characters. I always love it when the thought process & the perspective of all the characters is conveyed with a lot of clarity, because it helps the viewers form a bond with all the characters & that actually ends up becoming a winning factor for any drama, that is why, along with many others, this is the reason why Khuda Aur Mohabbat is winning hearts!

Oh, I wish, I so wish that Molvi Aleemuddin had practiced what he preached. Molvi Aleeumuddin in stead of simplifying the criteria for choosing a spouse, ended up making it quite complicated because he wanted to prove a point to Hammad that no matter what he does, his family background & his upbringing is going to be the defining factor of his personality all his life. Molvi Aleeumuddin proved today that he is just a very judgmental person who on the surface might put religion above everything else, but deep inside, puts society & its norms ahead of the religion too & actually has no courage to break free from those standards. In stead of seeing Hammad’s efforts as honest & truthful, Molvi Aleeumuddin passed a verdict that Hammad was putting up a show only because he wanted to impress him so that he accepts Hammad’s proposal for Imaan. Even though I believe the portrayal of Molvi Aleeumuddin in this season is a bit harsh but somehow it doesn’t seem odd because it sheds a light on the complicated mind set of such people is, who are unable to maintain a balance & who are incapable of keeping religious & societal values apart. Molvi Aleeumuddin is quite conniving in my opinion because he is someone who knows how to reap benefits in any situation, where when deemed necessary, he brings religion into the picture but when it doesn’t seem to work & goes against his personal wishes or thinking, he puts false & fake standards of the society in the limelight, making it a sound like a part of the pivotal religion too. 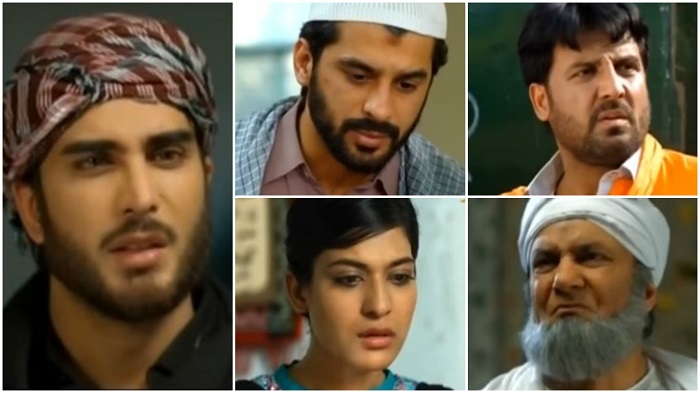 Hammad did promise to give up on the hope of getting married to Imaan because he couldn’t see Molvi Aleeumuddin in so much of pain, but as a result, he took everything to his heart & that took a toll on his health. It is actually quite nice to see how Hammad has found a new family in such a short span of time, that too on the basis of his conduct & personality. All the relationships that Hammad has earned during this time are based on love, respect, courtesy & selflessness because no one actually knows who Hammad is & which social background does he belong to. When Hammad left his father’s house, he had nothing but just his honesty with him & that is something that has earned him so much in such a short span of time. I actually loved it how Hammad was the focus of everyone’s concerns, starting from Kheru to Ghafoor to Siddique & now his wife Najma too. Kheru eavesdropped on Molvi Aleeumuddin & Hammad’s conversation & he got to know that Hammad is a son of a commissioner & that’s how Ghafoor got to know that his gut feeling about Hammad wasn’t wrong & he wasn’t just an ordinary guy. Najma’s entry at this stage of the drama was a good addition I believe. It is good to know that Hammad will now have a sister with whom he will be able to share all his feelings.

Molvi Aleeumuddin informed Abdullah that he wanted to get Imaan married to her. If I put Hammad’s suffering aside & consider the feelings Abdullah has for Imaan, it was actually quite nice to see Abdullah getting some sort of happiness, that too without demanding it because he has Imaan in his heart as well & came with an intention of being closer to her, so without even saying anything, he got to know that things were turning in his favor & the way Abdullah tried to contain his happiness in front of Molvi Aleeumuddin was actually conveyed brilliantly. Even though Hammad is persistent, but Abdullah does know Molvi Aleeumuddin quite well & he knows that if he decides something, he will never back out from his word, so despite knowing everything that was happening, Abdullah felt some sort of satisfaction because he was aware of how stubborn Molvi Aleeumuddin is & can be!

After returning from her cousin’s wedding, the way Imaan looked around at the railway station, in a hope to spot Hammad clearly showed what she had in her heart. Imaan has seen how hard Hammad has struggled for her, she has seen him getting shattered & picking up the pieces only for the sake of her love, so it was imperative that she was moved & probably ended up falling in love with him because who wouldn’t be touched with such a genuine & pure portrayal of love. Imaan couldn’t see Hammad but yes, it was evident that her eyes were searching for him. Hammad has not only made an impact on Imaan, but he has even touched Haya’s heart as well, that is why out of sheer sympathy for him, Haya informed Nighat about Hammad & his whereabouts as she knew that everyone was worried for him & it was a high time that his people came to his rescue because he was suffering a lot & was literally punishing himself! 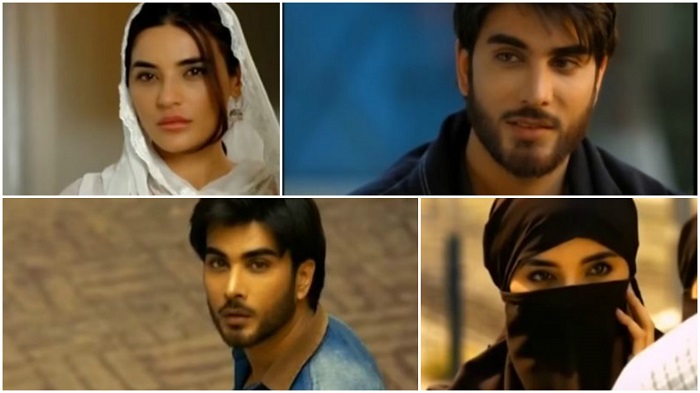 In this episode, Hammad himself took a back seat but it showed how he was affecting all those people who were related to him in any way possible. From Kheru, to Ghafoor, to Siddique, to Najma, to Shakir, to Shakir’s wife, Nighat, Haya, Imaan, each & every single person was worried about Hammad & was either trying to do something for him or was feeling his pain, which is beautiful because it goes to show how special Hammad is & how special he has become for all of those people who are linked to him in one way or the other.

So, the best bit for me was the very last scene of this episode because it was beautifully directed & edited. Molvi Aleeumuddin playfully & innocently imposed his decision on Imaan because he knew that she will not retaliate. In the very first episode, Molvi Aleeumuddin did speak about how he knows Imaan in & out, so it was too obvious that he was a 100% sure that his daughter Imaan won’t turn his request down. The way Imaan said yes to her father’s request went to show that her heart & soul was filled with Hammad’s thoughts & his love but her mind was forcing her to say those words which only would make her father happy. Even after saying yes to Molvi Aleeumuddin, Imaan didn’t seem happy, in fact she seemed defeated & numb because even though what she said made her father satisfied but she wasn’t content with her decision as she knew that the thoughts of a guy like Hammad who is madly in love with her will haunt her for the rest of her life, sigh! I absolutely loved that scene because the flashbacks that Imaan was having while uttering those words by being submissive portrayed the battle between her heart & mind perfectly!

Overall, this episode was just as beautiful as the last few episodes of Khuda Aur Mohabbat. The direction & the editing of this drama is absolutely on-fleek & probably the strength of this drama. All the actors have played their part really well. Sadia Khan has improved so much & for the first time through her expressions, I could read the storm that had overtaken Imaan’s entire being. Firdous Jamal as Molvi Aleemuddin is very impressive & convincing. Even though Abdullah made an appearance for a very few scenes, Humayun Ashraf’s performance was brilliant. He has surely made Abdullah’s character quite convincing. I will also add that I liked the acting of the girl playing the character of Nighat as well, her dialogue delivery seems very natural & realistic, so hats off. & last, but definitely not the least; Imran Abbas, like always was the star of this episode too but can someone please tell him not to wear Black Shalwar Kameez & not to drape a Black Shawl over it because he looks graceful & so very schmickkkkkk, Masha Allah! :) Please share your thoughts about this beautifulllll episode of Khuda Aur Mohabbat!