The Most Memorable Characters Of 2012

The year 2012 was absolutely fabulous in terms of good quality dramas, the year started off with bidding farewell to some unforgettable plays like Hamsafar and Maat and just when we thought that Pakistani dramas could not get any better we were very soon hooked to plays like Durr-e-Shehwar, Bilquess Kaur and Shehr-e-Zaat. There were plays like Ek Nazar Meri Taraf, Yahan Pyaar Nahi Hai, Thakaan, Annie Ki Aye Gi Baraat and Kuch Pyar Ka Pagal Pan which glued the audience to the TV screens. I already talked about the hits and misses of 2012 in my previous article, so now I would like to talk about some of the characters in the plays of 2012 that will never be forgotten and their memories are etched in my mind forever. Here is a list of some awe inspiring characters from 2012.

Anyone who watched the play Durr-e-Shehwar must have fallen in love with Abba’s letters and the heart felt conversations that Durr-e-Shehwar had with her father. Despite of his fears and worries for his daughter Sami sahib knew that with his support his daughter will be able to pass gracefully through a very problematic phase of life. Mohammad Ahmed played this role beautifully and every second girl wanted that she should have access to Sami sahib’s letters in order to keep her strong during difficult times. A very kind, just, brave, loving and adorable character etched out superbly by non other than Umera Ahmed.

Yes, she was too good to be true and little did we know that there will be a line of such characters after this play but I remember that at the time when I was watching Maat, Aimen came across as a very loving sister, who I wanted should win at all costs. Aminah Sheikh impressed us all with her acting skills in Maat and portrayed the character perfectly. 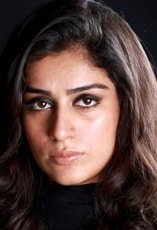 There was a time when I felt like the play Ek Nazar Meri Taraf was being stretched unnecessarily but I have to admit that while I was watching this play Siffat’s character seemed so real that I found myself worrying for her, forgetting that it was just a character in a drama. Siffat was innocent, vulnerable and in a very difficult situation. Alishba Yusef nailed the character right from the start and I have never seen her crying so much on screen. Honestly speaking, there was no other character that made me cry so much all through the year. 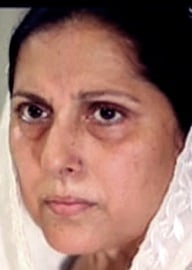 Naani’s dialogues from Shehr-e-Zaat gave us a lot to think about and an opportunity to reflect upon things that we generally do not give a second thought to. Naani was gentle, caring and had so many pearls of wisdom to share with her viewers. Samina Peerzada has to be everyone’s favorite nani and I am no different; she is very graceful and extremely talented. Naani’s character was excellently conceived and brilliantly acted out, one that would stay with us for a very long time.

Bilquess Kaur always came across as a very dominating and controlling woman who would have done anything to make her kids stay under one roof. Bushra Ansari played the Sikhni, who converted to Islam, married to a seemingly docile Muslim husband but also kept her Sikh values intact. There were times when we felt for Bilquees because she seemed like a very sensitive person who longed to be loved just like anyone else but there were many many times when Bilquees just seemed like a very selfish woman. The truth revealed in the end changed how we felt about Bilqeuess altogether. The story may have had loopholes and the ending may have seemed rushed to many but overall Bilquess Kaur’s character was a very unique one. Faiza Iftikhar deserves due credit for etching out such a multi-faceted character.

Mere Dard Ko Jo Zuban Miley started off on a very positive note and we all loved Urooj’s character until he fell victim to the storyline. Urooj was confident despite of his disabilities and Shehryaar Munawar completely won us over with his acting and charm. When Urooj was truned into a mere caricature, we all felt gravely led down but it was great while it lasted and this is another character that I will remember for a very long time.

I never followed Annie Ki Aye Gi Barat very religiously but whenever I did it was because I needed a dose of laughter which only Saima Chaudhry, the designer from Faislabad could guarantee. Buhsra Ansari has proven to be the queen of the comedy time and again and this character suited her perfectly. Saima chaudhry’s go for it and get it approach was also one of the reasons why I liked her so much and really enjoyed the character. 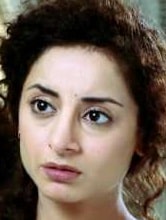 Tishnagi was one of those plays that you just catch on-screen by chance and you get hooked on it without even realizing it. Minahil was played to perfection by Sarwat Gillani. Minahil was a strong and determined girl who did everything in her power to save her marriage. Although the ending of the play was very disappointing but Minahil’s character was one of the few good characters in 2012.

All the characters I mentioned are from the plays that ended in 2012, please feel free to add to the list and also share your opinion about the characters that are there in the list. I am quite certain that this New Year will give us some more lovable and memorable characters. I already like so many of them. We are truly blessed to have some very gifted writers, directors, producers and actors who bring us wholesome entertainment all through the year.