Pakistani drama industry is touching new levels of popularity. It is thriving and producing the kind of dramas that are leaving an impact in the lives of the audience. Pakistani dramas have always been popular because they showcase such stories which are based on reality. Sometimes, the drama makers impart great messages through these dramas, which in a way is their attempt to bring awareness to the people and educate them. Pakistani drama industry has given its viewers some unforgettable dramas and the trend continues till date. Every year, we get to see some amazing dramas which not only end up being mega hits but also stay with the viewers for a long time.

Nowadays with the drama industry producing more dramas than ever before, we see channels competing with each other. It has now come to a point where the quality is being compromised due to quantity. Where some drama makers are putting in continuous efforts to make different dramas and highlight different subjects, there are still such drama makers who are very much stuck in the rut and produce the kind of dramas which revolve around family politics, mistreatment of women, damsel in distress and one-sided atrocities. It is unfortunate that these dramas do end up getting a lot of viewership as well, which then gives the drama makers encouragement to produce the similar kind of content and not break free from the monotony. However, it is a good sign that dramas with different topics are also becoming popular, which sends out a clear message that the viewers have had enough of these typical stories which revolve around miseries of a women and want to see something different. It is definitely hard for the drama makers to maintain the quality, therefore they just come up with tried and tested formulas which grab them the ratings.

Currently few of those dramas can be seen which have bad story line, execution and rely solely on typical miseries and mistreatment of women, these dramas definitely are getting the viewership but we can not overlook the fact that they are probably some of the worst dramas on air right now.

Let’s take a look at the 5 worst dramas on air right now:

When Sanam Jung announced it to be her come back drama, her fans were excited. Another intriguing part of this drama which was promoted heavily was the character of a visually impaired man, played by Zahid Ahmed. Main Na Janoo is a perfect case of expectations gone wrong. It is just a story of a woman Farah, who has been wrongly accused and due to that accusation, Farah and her daughter Saira have always been mistreated. Farah’s husband gets married again and has a daughter with his evil second wife. It is a sickening story of family politics and forced marriages. Saira’s cousin Nihaad loves her to an extent that he is obsessed with her and now when she has gotten married to Nain, Nihaad refuses to mind her own business. If this wasn’t enough, another reason why we feel this is the worst drama is the way Nain has been constantly taunted about being ‘andha’, not once, not twice, repeatedly. The only good thing about this drama is the fact that Nain is shown to be a confident, self-assured and independent man but people around him are mentally impaired, that is why they constantly remind him of the fact that he can not see. Sanam Jung shows clear signs of good-actor-turned-host-turned-bad-actor because her caterwauling and screeching sort of cries and dialogue delivery is nothing less than a pain to endure. Affan Waheed tried to experiment by opting for a negative character but he should stick to the Do Bol kind of characters because he can do justice to them. 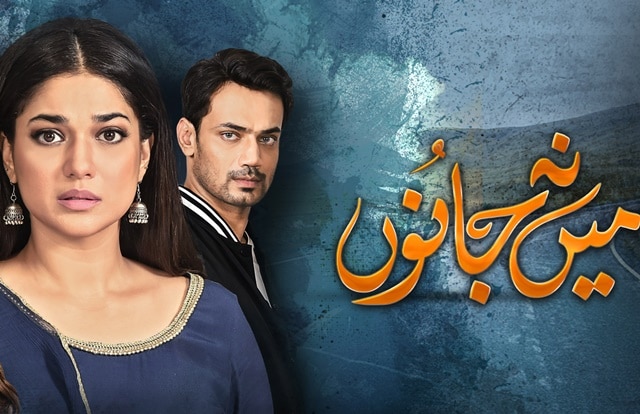 If you are confused whether you are rewatching Koi Chand Rakh, you’re not alone. Thora Sa Haq has striking similarities with Koi Chand Rakh. Ayeza Khan Imran Abbas pair being one. Imran Abbas getting married to someone because his father made a promise being the second. His unwanted wife is the best woman to have walked the face of the earth being third. Currently, his second wife in Thora Sa Haq has not gone the evil route like the one in Koi Chand Rakh did, but you never know what the future holds because her mother definitely has those germs. It is amusing seeing an actor of Imran Abbas’s stature opting for majboor becharay roles, where he can not fend for himself and ends up being a victim of forced marriages. Ayeza Khan must have signed Thora Sa Haq immediately after Mere Pass Tum Ho, to soften her image in the eyes of her viewers because in every episode, she gets slapped casually, like it is her dose of antibiotics. It is also amusing that Zamin being the culprit has not been held responsible. Zamin tried to make things right just before he was about to say Qabool Hai the second time, but then his second wife to be went ahead with the marriage only to later tell her mother to shift her back to her room! RIP Logic. Oh, just when you thought you’ve cringed enough, there’s this character of Hareem’s cousin who has absolutely no life of his own. He only keeps tabs on Zamin and records the time when Zamin goes to Seher’s room past midnight. This unwanted cousin wants to get married to Seher but has been bhai-zoned a million times, but still fails to get the hint. As if his character wasn’t bad, his makeup is worst. Imran Abbas is guilty of worst makeup yet again in Thora Sa Haq. 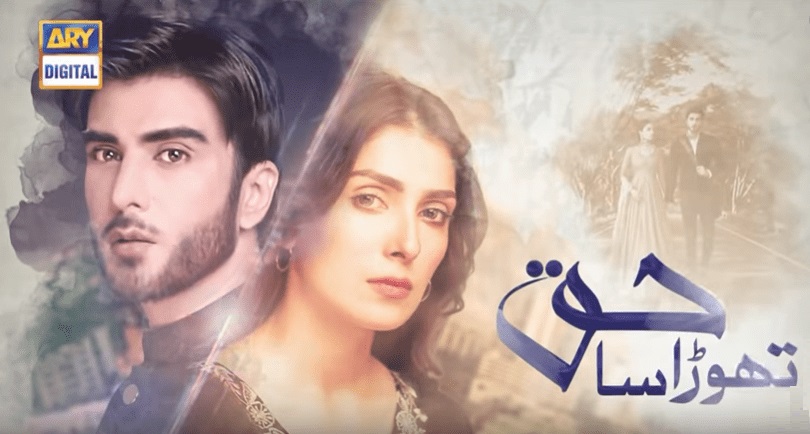 This was one such drama which started on a good and different note. It had a lot of tracks and we thought we were signing up for an interesting drama but they didn’t fail to disappoint us immediately. The story of this drama fails to move forward. Sitara Begum’s family is struggling to make ends meet and it continues to be that way. Nagina fails to age and has been a background dancer in the movies all her life. Gaitiara’s character played by Sarah Khan has no purpose whatsoever, other than looking pretty and wearing heavy makeup and clothes. Dildar Begum and his daughters continue to plot against Sitara Begum’s family but no one confronts them – Nagina does but doesn’t make any different. Islam and Izhar ended up being brothers from different mothers, probably after the 20th episode passed. Khayyam’s character has shown zero growth and development, even after he has left his grandmother’s place and is fending for himself. Zoya mourns her breakup but there’s absolutely nothing that the viewers feel for her. This drama is a hot mess. As if it wasn’t enough, it is so obvious that they have now started introducing more and more characters to drag it further – as if people were crazy about this drama and didn’t want it to end. 30 episodes of Deewar e Shab have gone on air and we are still wondering what the purpose of this baseless drama is?

It is unfortunate that a drama which has been written by Sarwat Nazeer ends up in this list due to poor execution and slower-than-a-turtle pace. The story of Dar Khuda Se is moving around in circles and fails to move forward. It highlighted the issue of workplace harassment but in the end, the damsel in distress ended up bearing all the laan taans and tanas because no one chose to believe her version of the story. She got blackmailed with the photoshopped images and the harasser boss ended up becoming her elder sister’s husband. Imran Abbas has surely acted well in Dar Khuda Se but that’s all there’s to it. Dar Khuda Se has also touched the 30 episode mark proudly but the story doesn’t seem to have any purpose. The set of parents shown in this drama are also cringe worthy who fail to trust their daughters and just treat them as a liability, that too when their two kamaoo-poot sons have more or less disowned them! 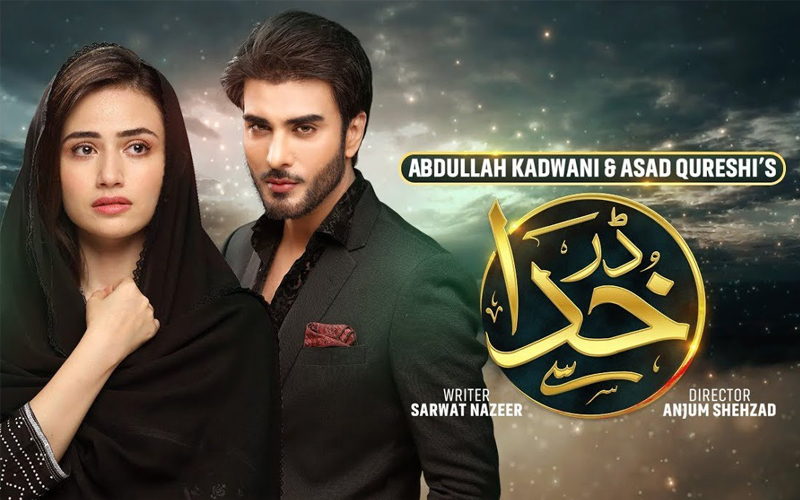 Heavily inspired by Balaa, Kahin Deep Jalay is all about evil bhabhi who has already exposed her reality on her mother and sister in law but they being too simple minded fail to call a spade a spade. Shameela is full of inferiority complexes and is someone who only sees the negatives in simplest of situations, therefore she twists everything according to her perspective and no one bats an eyelid. Shameela’s mother in law, who also happens to be her khala has more or less understood the kind of game Shameela is playing but she chooses to stay silent, for reasons best known to her. She also saw Shameela igniting a fight between her two younger sons but chose not to clarify the situation. The writer has very much tried to hold Shameela responsible for everything but all those who choose to stay silent to her atrocities are equally in fact more responsible for everything that is happening. Imran Ashraf and Neelam Munir’s track started off on an unrealistically sweet note that it gave us a toothache but we’re still trying to cope. However, Imran Ashraf’s sweet character has turned sour because now the social status difference between him and his wife is making his restless – which was something Zeeshan was totally aware of before he decided to get married to Rida and was having sleepless nights wondering if she will say yes to his proposal. The minminmin Zeeshan does is cringe++, we’re hoping just as much as the drama picks up the pace, he adjusts his playback speed to 1.5 (youtube settings) too. 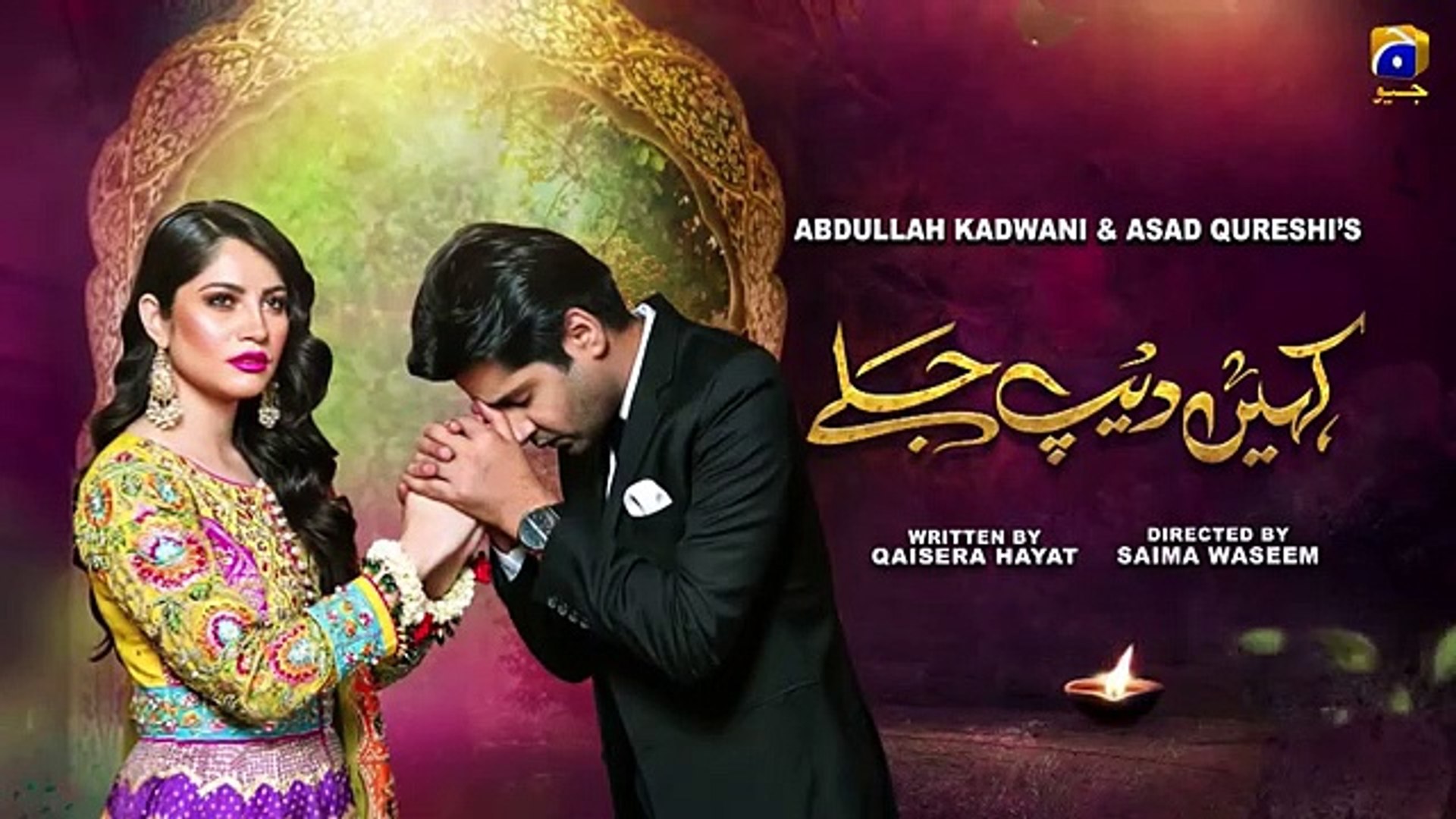 This concludes the list of 5 worst dramas that are on air right now. Which one of these are you watching? Feel free to share your thoughts about these dramas in the comment section below.