The last two weeks had been pretty slow as the story is not progressing. It is pretty much stagnant at this point. Deeba is becoming more demanding day by day and Murad fulfils all her wishes to keep her happy as she is the mother of his ‘sons’. She emotionally blackmails him and he gives in to her demands. He even fulfilled her demand of not bringing Umama back to the house. Murad went to Umama’s house when her father requested him to come but her father soon realized that Murad has no intention to take Umama and her daughters back to his house. This shattered all hopes that Umama had from Murad and she even refused to take his financial help. I absolutely loved the scene when she hands his money back to him and tells him on his face that if you cannot give us shelter, we do not want your money either. Way to go Umama!

Umama has finally decided to move on with her life. She had started studying again and is trying to find a job to support her daughter’s education. Both her father and her sister had been very supporting in all her decisions. And I simply loved the bonding between Umama and her father. He is trying to make up to her for his cold behavior towards her all her life. He even handed over the papers of the house to her to provide her security for the future. But the bonding between them was short lived as he soon passed away. It was heart breaking to see Umama in such a bad condition after her father’s death. Meher Bano has given a very good performance once again. What shocked me was that Murad did not feel an ounce of pity for her and was in no mood to go and sympathize with her on such an occasion. Rehana had to actually force him to go with her to Umama’s house. He still feels insulted because of the way Umama refused the money and treated him. But what about all the insults she had faced so far Murad?

Deeba had crossed all her limits this time! She had the audacity to ask Murad to divorce Umama. I was extremely satisfied to see the way Murad reacted when Deeba told him to give Umama a divorce. He almost raised his hand on Deeba and warned her not to say anything like this again. For a minute I thought he would actually agree to this. Even Aqeela got really angry when her sister and Deeba told her the same thing. Deeba left the house after seeing Murad’s reaction but soon came back when she realized that Murad may go back to Umama.

Murad’s inner turmoil is upsetting him. On one hand, he regrets what he had done to Umama and the kids and on the other hand, his ego refuses to bend. He has also started to miss his daughters a lot and seeing their cold behavior towards him managed to upset him. Well, what else can he expect from them? He rejected them and refused to bring them back to the house. They saw his rude behavior with them and their mother too and have no respect left for him anymore. Rehana was able to talk some sense into him and he is slowly realizing his faults. Will he finally get Umama back to the house?

Aqeela and Rehana both know now that Murad lied to them. He never went to take Umama back but instead went and told her that he cannot take her back to the house. Rehana and Aqeela both feel guilty and helpless as they cannot do anything for Umama. Rehana genuinely wants Umama to get all her rights back but Aqeela has her own selfish reasons for bringing her back to the house. Rehana is the only sensible and mature person in the house. She is one of my favorite characters in this show. Yusra Rizvi has done a wonderful job as Rehana. Fahad Mustafa and Sana Askari have also performed brilliantly yet again!

I really want to see what happens next. Will Umama go back if Murad comes to take her back or will she start her new life just the way she had planned? It will be interesting to watch what happens next.
Keep watching! 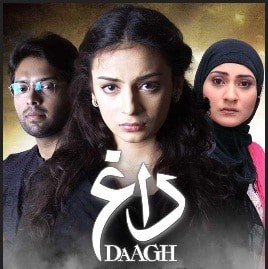