Dharam Singh Deol, also known as Dharmendra, is an Indian film actor, producer and politician who is best known for his work in Hindi films. Widely known as the “He-Man” of Indian cinema, Dharmendra is considered one of most successful actors in the history of Indian cinema. Dharmendra married his first wife Parkash kaur in 1954 at the age of 19. They have 4 children. After moving to Bombay and getting into the film business, Dharmendra married Hema Malini. They have two daughters together.

Hema Malini is an Indian film actress, writer, director, producer, dancer and politician. She was born on 16 October 1948. She is considered one of the most successful actresses of her time in Hindi cinema history. She was born as the third child of a Tamil speaking family in Tiruchirappalli district of Madras Presidency. Her mother, Jaya Lakshmi Chakravarti, was a film producer. Her father was VSR Chakravarti. She belongs to a Tamil Iyengar Brahmin family. She is the youngest of her two brothers, R.K. Chakravarti and R.J. Chakravarti, who are also film producers. She got her early education from Andhra Mahila Sabha in Chennai. Her most favorite subject was History. She studied at DTEA Mandir Marg until the 11th Standard.

Hema Malini left her education in 12th standard and opted for acting as career. Her first love was dancing and she wanted to appear as a dancer in the movies. She is a trained Bharatanatyam dancer while her daughters are trained Odissi dancers. The three beauties danced together in a production called Parampara for charitable events. They also performed at the Khajuraho Dance Festival. She studied Kuchipudi. Hema owns the Natya Vihar Kalakendra dance school. She was the editor of New Woman and Meri Saheli, Hindi women’s magazine. In 2000, Malini was appointed as the first female chairperson of the National Film Development Corporation for a term of three years. She has appeared in a number of Bollywood movies and has also worked in Tamil movies. She is an amid animal lover and is a supporter of the animal rights organization, PETA India. She won the title of “Peta Person of the Year”. As a vegetarian, she said, “Knowing that my food choices are helping the planet and animals too, makes me happy”.

When Hema Malini started her acting career in Bollywood movies, actor Sanjeev Kumar got awestruck by her beauty and proposed her but Hema refused the proposal. She got into a relationship with chocolate hero Jeetendra. However, the relation couldn’t last for long and the two parted their ways. She was moved towards handsome actor Dharmendra during the shoot of blockbuster movie Sholay. The duo was attracted towards each other and they became a couple. Dharmendra was already married to Parkash Kaur at that time and was a father of 4 children. His sons Sunny Deol and Bobby Deol are also Bollywood heroes. Dharmendra’s first wife refused to divorce him and so Dharmendra and Hema Malini converted to Islam and got married on May 2, 1980. They have two daughters together, Esha Deol who is also an actor and Ahana Deol.

Let’s have a sneak peek on some beautiful moments from her life. 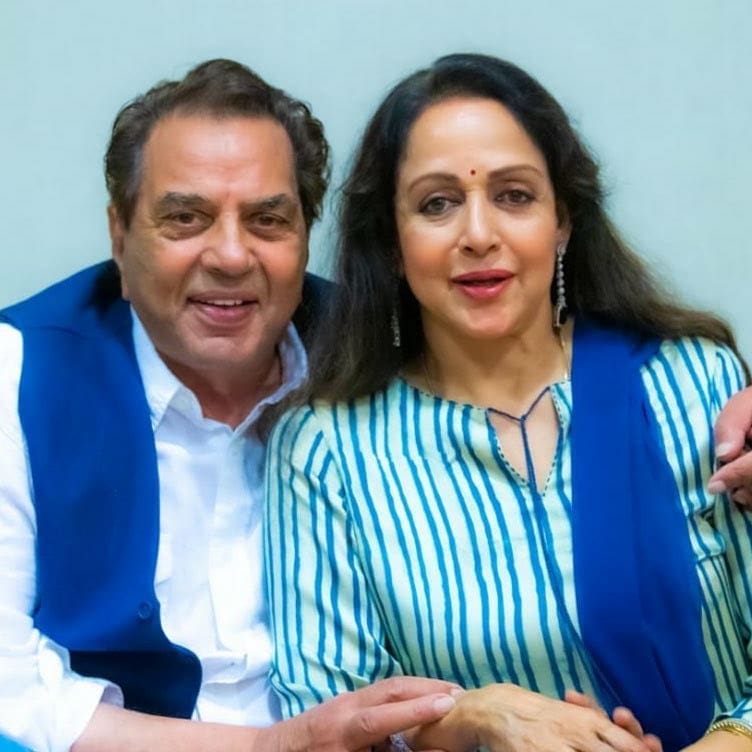 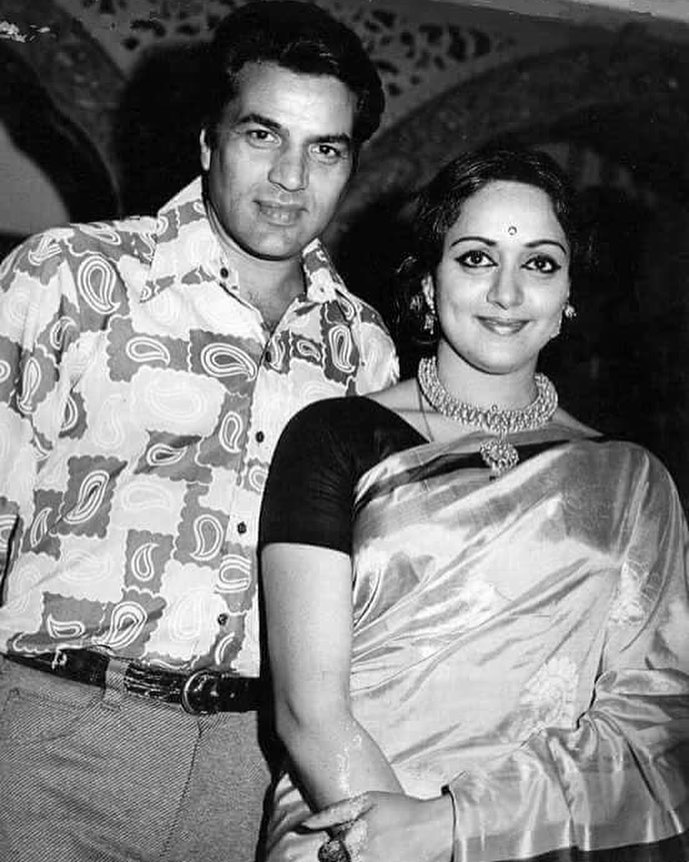 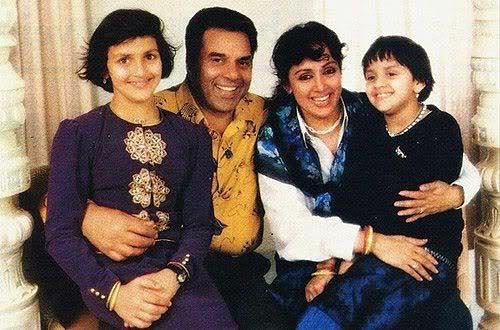 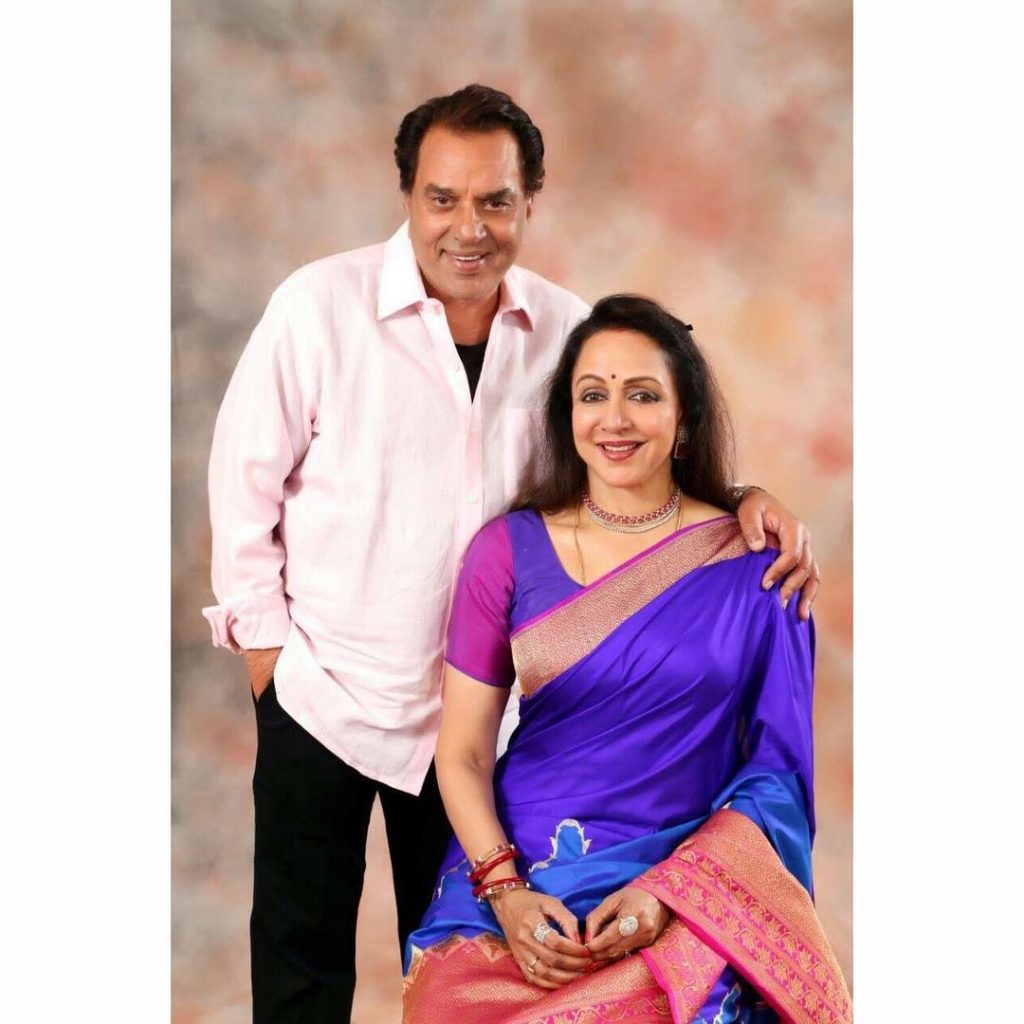 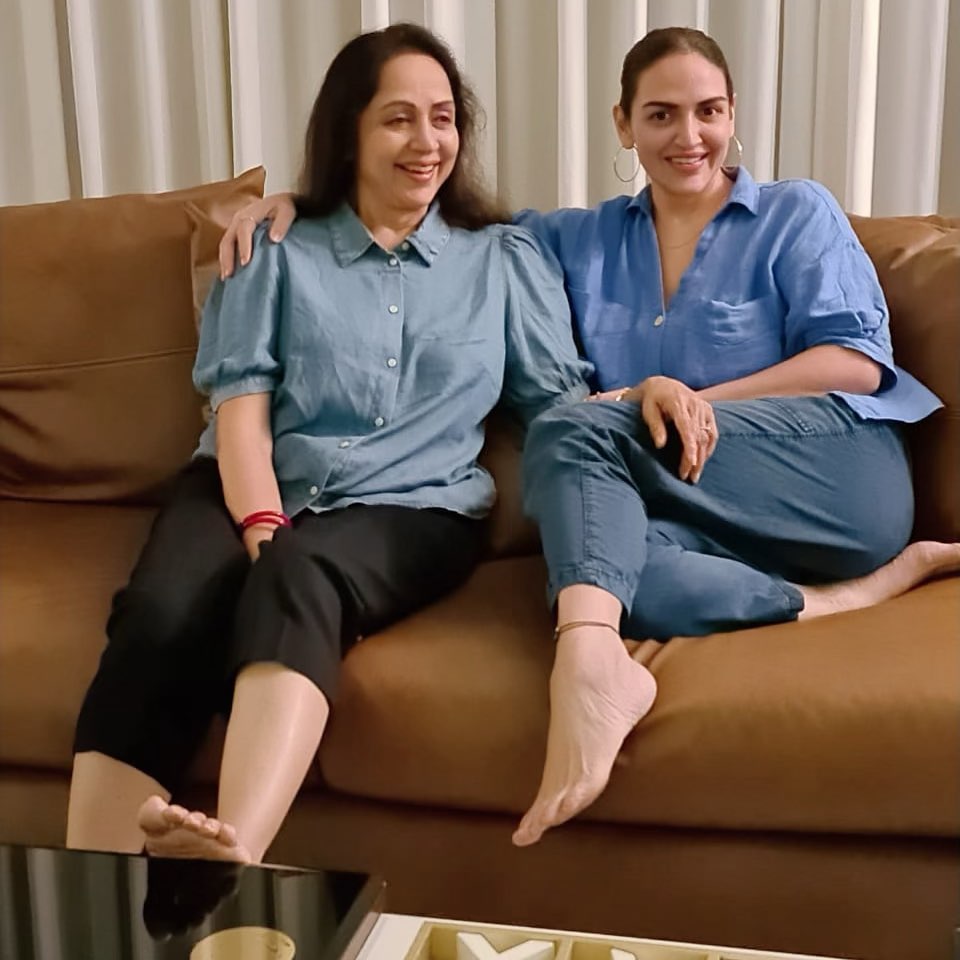 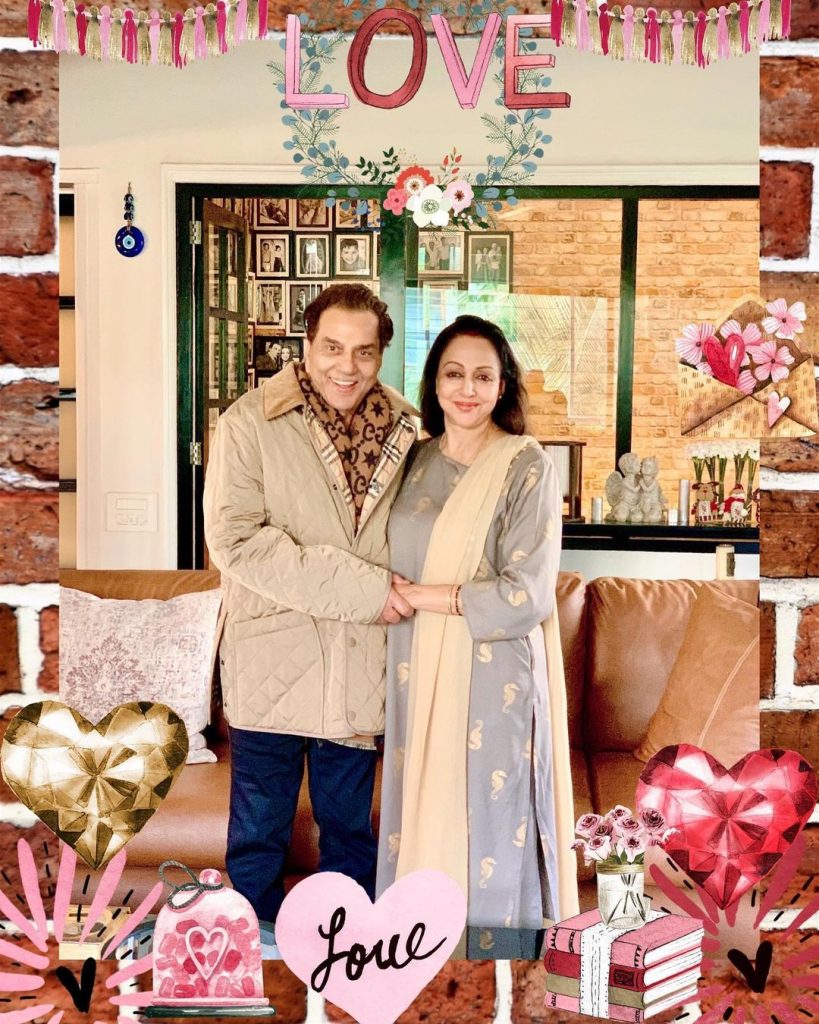 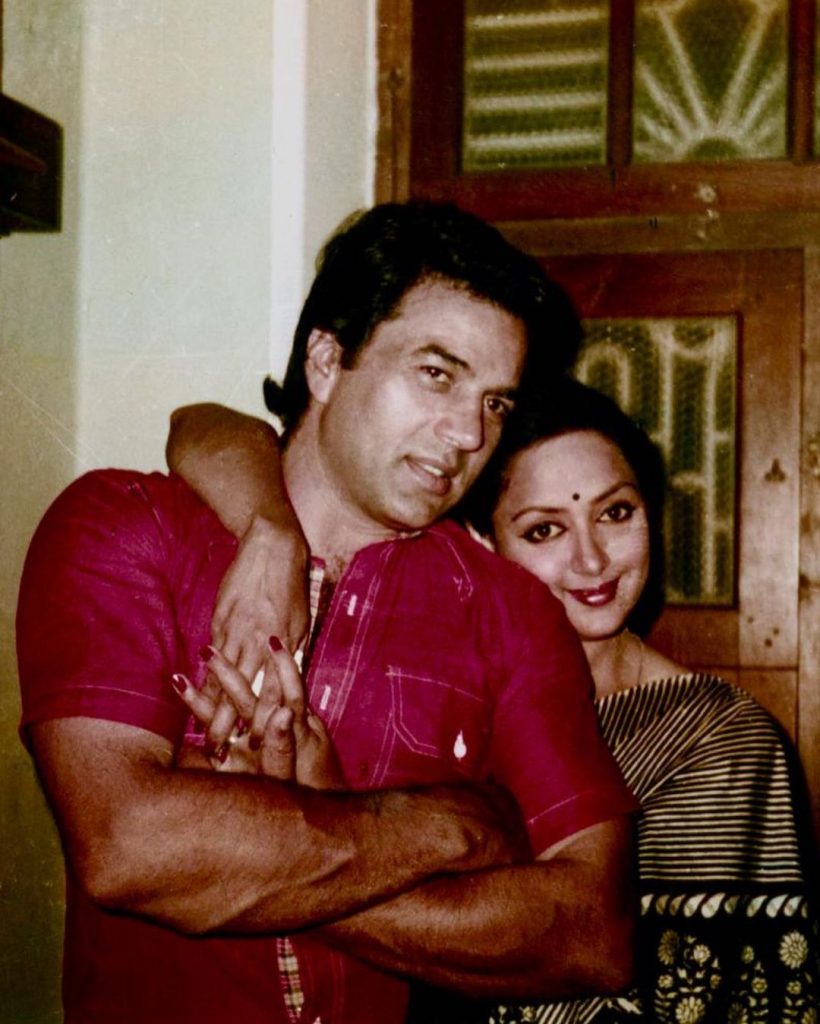 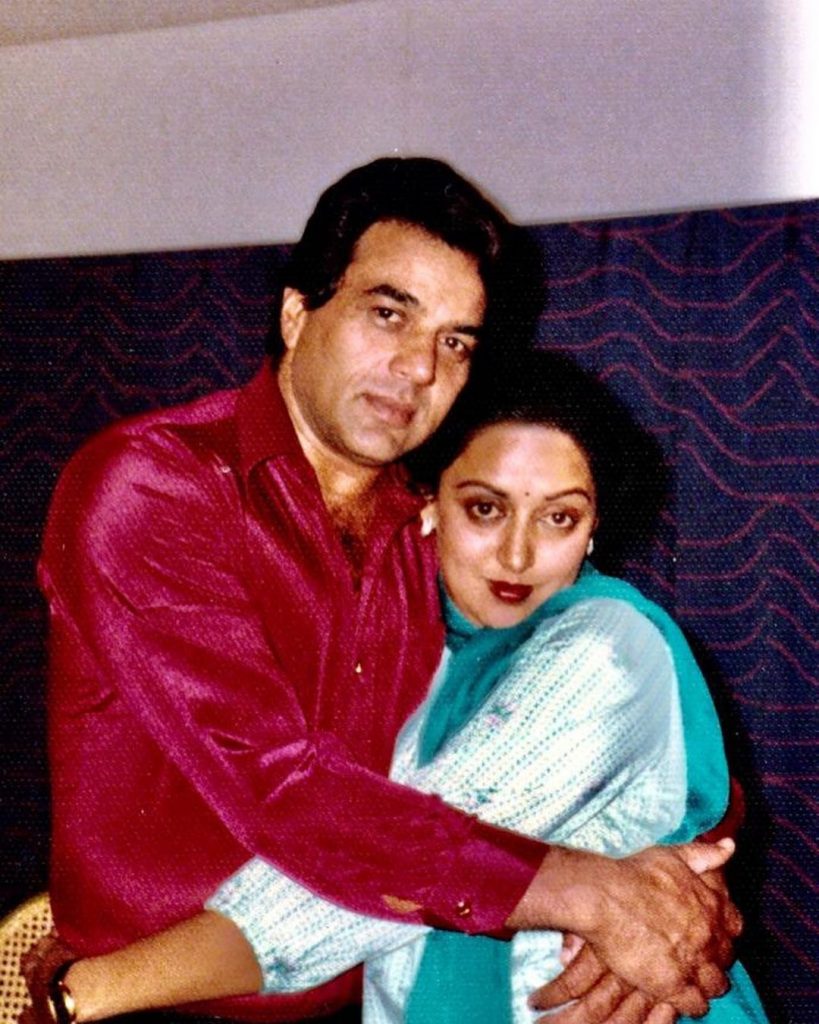 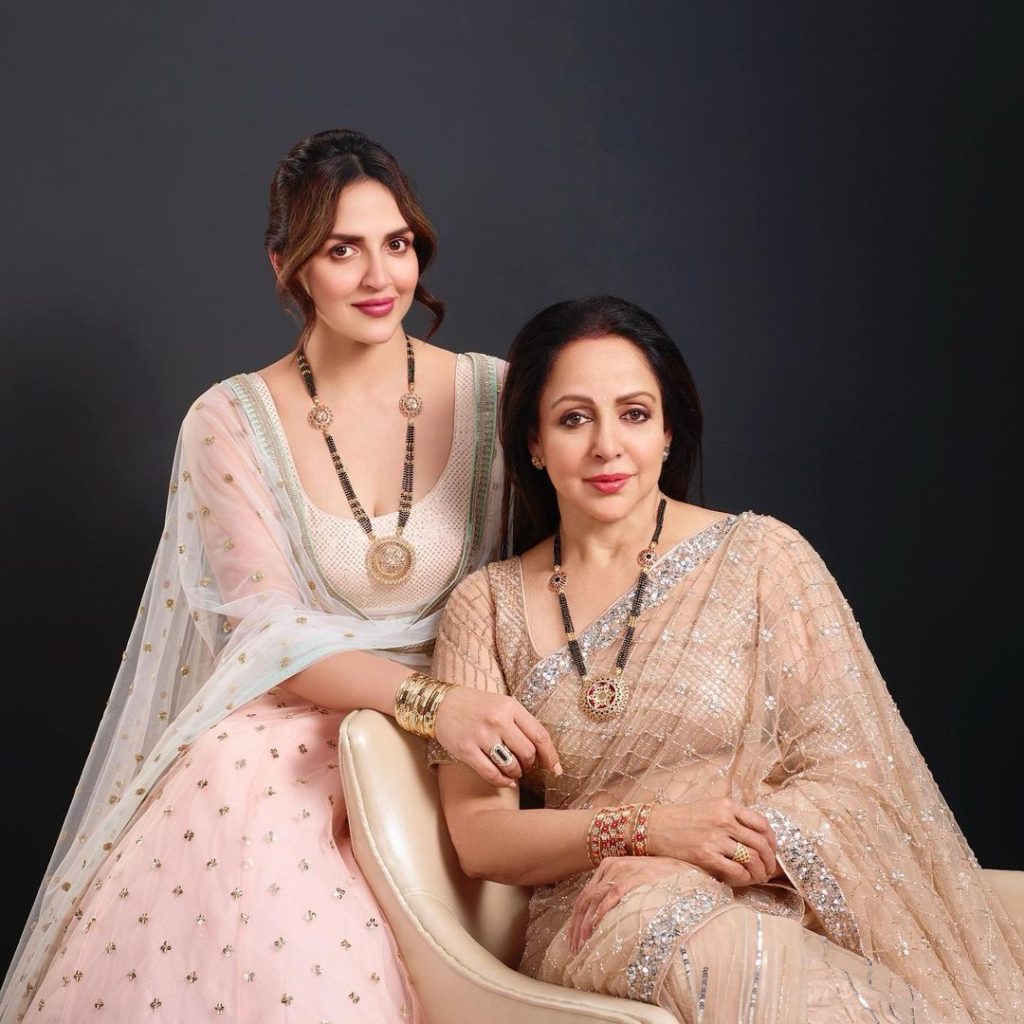 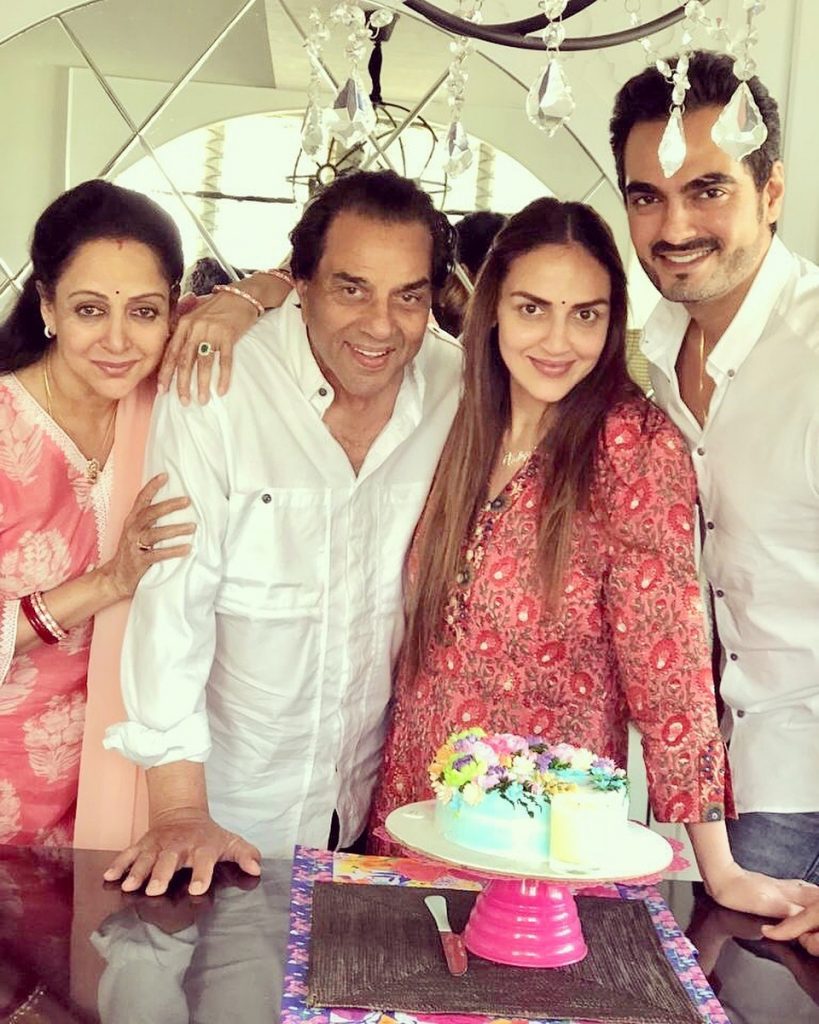 Are you a fan of this graceful couple? Add your comments in the section below.