Tonight’s episode of Ehd-e-Wafa had quite a few emotional scenes. This episode focused on Shahzain more than any other character. Shahzain has finally decided to change his ways. I was looking forward to Shehryar and Masooma’s story moving forward with this episode but seems like we will have to wait another week for that. Shehryar’s character continues to be the most balanced and likable character in the show. Ahmed Ali Akbar never fails to impress. Ahad Raza Mir and Alizeh Shah were superb tonight. Ahad Raza Mir deserves all the credit for a performance which has been beyond brilliant. Some of the dialogues tonight were really well written and the director Saife Hassan made sure that every single emotion was captured on screen which made some of the scenes more impactful.

Shahzain’s track in this episode was penned down convincingly but Osman Khalid Butt’s performance was yet again not up to the mark. His sad expressions did not work for me at all. In the hospital scenes too there were too many expressions on his face. Ahmed Ali Akbar and Wahaj Ali on the other hand, performed brilliantly. It was quite apparent last week that Shahzain had planned this attack therefore this development was not surprising. But it was good to see Shahzain finally realizing he was going to lose his friends and relatives if he continued being so selfish. He has apologized so many times that Shehryar’s reaction to this apology made perfect sense! Rani was the one who deserved an apology more than anyone else yet she was not shown in this episode after the opening scene. The hug in the end was emotional even though we have seen so many such hugs before too in Ehd-e-Wafa. 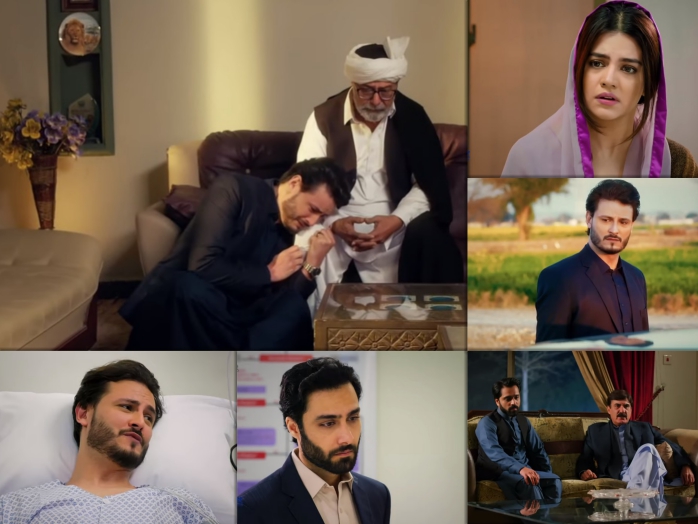 I am glad that the writer showed that Shahzain’s dada advised him to stay in politics and work for the betterment of the people. Had he left politics, it would have sent the wrong message. Now, he can actually be shown as a politician who is trying to make a difference.

Shariq’s success was covered in one scene and through this scene the viewers were also informed that Shariq and Ramsha were getting married. This scene also showed there were good people in the media industry as well since Shariq’s boss did not only applaud his honesty but also gave his staff monetary incentive. I did feel however that the boss came across as a little too generous! It is great watching Ramsha and Shariq succeeding as a team. They make a cute and unconventional on-screen couple.

Dua and Saad’s scene was the highlight of this episode. Saad’s surprise was so good that for a while it seemed like Dua was perhaps imagining that he was there. Ahad Raza Mir and Alizeh Shah’s performances were on point. The best thing about this scene was that although it was short but it covered the sentiments of both these characters in the most apt manner. Dua was not the only one who was scared but leaving Dua and going for this mission was also difficult for Saad. I am glad that Saad hasn’t been shown as the rough and tough military man and there is a sensitive side to him as well. It basically showed that even with all the commitment and dedication, it is difficult for an army man to leave his family behind and go on a mission from which he might never come back. This scene was also directed flawlessly, the use of the background music made it even more emotional. Since Saad came to see Dua and left her with all those letters, it is more likely than ever that he might not return. I would however love to see Saad come back from this mission after achieving great success. Ahad Raza Mir definitely deserves an award this year for breathing tangible life into every single scene whether it is in Ehd-e-Wafa or Yeh Dil Mera, he has been exceptional throughout. 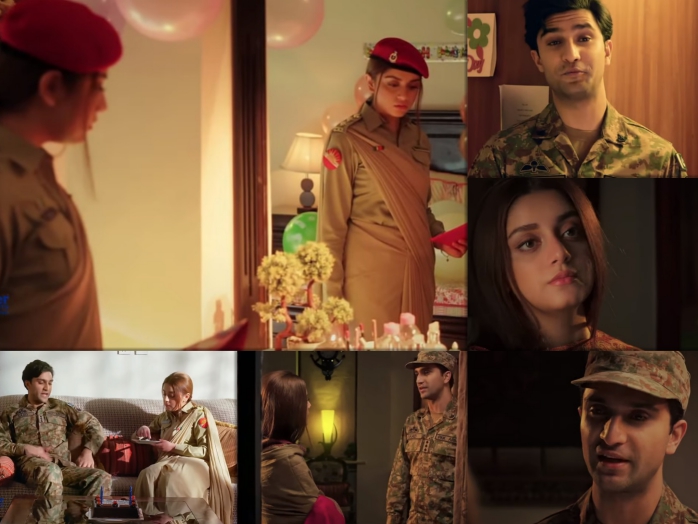 Tonight’s episode had a few surprises and even though Osman Khalid Butt’s acting left a lot to be desired, it is good to know that Shahzain is finally on the right track. Shahzain’s conversation with his dada was written well and so were Shehryar’s dialogues when he confronted Shahzain. The most emotional scene of this episode was Saad and Dua’s meeting. Looking forward to the second last episode of Ehd-e-Wafa and hoping that Saad will come back alive. I am not too happy about the fact that the last episode will be shown in cinemas a day before it airs on television. Although, that is an intelligent move by the producers since fans are more likely to watch it in the cinemas this way but the ending will be spoiled for those of us watching it on television.

Did you watch tonight’s episode of Ehd-e-Wafa? Feel free to share your thoughts about it.