After watching the latest two episodes, all I can say is that I think the real story is going to start only after the two odd couples get married. Although everything that happened in these episodes reflected perfectly all that happens in houses where children are about to get married but I have to say that for now the show lacks the must watch factor and there hardly anything novel about the story of the setting for now. All the actors are very well suited in their roles. Mikaal Zulfiqar in particular is absolutely brilliant in every role he opts for and it is plain to see that acting comes very naturally to him. Ahsan Khan is equally convincing as the careless, lazy and immature Hashim. Hammad isn’t the mama’s boy that he appears to be and that is actually good to know because the character seems more real and interesting now. It seems like Hammad instantly fell for Ayza and Ayza really seemed interested in him too. Akbari’s demands are met quite soon and the stage is all set for marriage. 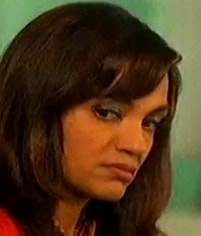 It was further proven in these latest episodes that Ayza had been spoiled to the core by Akbari, she is self-centered, manipulative and irresponsible. Her character may have seemed interesting in the first two episodes but now that we know that there is absolutely nothing about Ayza that is even remotely nice, it is just plain disappointing and the character obviously is not the least bit likeable. Girls like Ayza who have never been told right from wrong and are used to having things their way and getting just about everything they want without ever trying to work hard for it learn their lessons the hard way. What good is a life without rules to guide you? Actually it is much easier to raise children the way Akbari did and much difficult to teach them discipline. What I cannot understand is that how can Askari expect Ayza to be any different when she knows her sister so well? When Ayza demands to visit her to be In Laws’ house, even though Rafia pretends to be very comfortable with the idea in front of Akbari but she discusses with Askari just how inappropriate that is and how disappointed she is in Ayza. Even then Askari does not reconsider the proposal maybe because she is too nice! But still this was highly unbelievable. I guess when you go looking for rishtas outside the family you tend to be more critical but when it comes to your own relatives you tend to be more relaxed and positive. 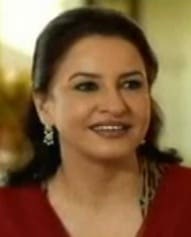 Rafia kept on raving about her new bahu and gives her credit for everything that goes right in their lives. The women in both houses want a lavish wedding ceremony even if it means using all the savings, the men disagree but there isn’t much they can do about it. This is something I have seen happening quite often actually; most of the women do tend to get carried away when it comes to getting their kids married. And the men don’t have much of a say

Hashim finally gets a job thanks to a sifarish and starts complaining soon afterwards. It is evident that Aima is the mature one in the relationship. I am looking forward to how things turn out once Hammad and Ayza start communicating, I can foresee Ayza dictating everything to Hammad. 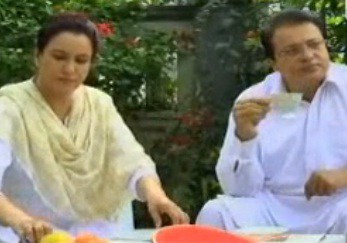 totally agree with him. Has someone else noticed that there seems to be so much “khana peena” in our plays lately. Take these two episodes for instance, the second episode ended on the dinner table and the third one started with daadi asking Ayza for tea. Then we saw Ayza’s parents having tea. Later Rafia, Asghari and her son were having tea and fruits. Hashim and Aima had their conversation over a cup of tea. Half of the time is either spent in the kitchen making food and the other half consuming it. And I must say that this whole “khana peena” affair has been taken to a whole new level in Zindagi Gulzar Hai from the ever-present biscuits on Sir Ibrar’s table, to the biryanis that Zaroon’s family devour and the cereals and fruits that Zaroon and family snack on! Don’t the artists get lunch or snack breaks or they have to consume the food they need to during the shoots? Silly question I know but all the food in some of the plays is actually proving to be slightly distracting and unnecessary too. Am I the only one who feels this way? Do share you thoughts about all the ‘khana peena” in our plays and all the munching on fruits, rice, snacks and especially tea we see in our dramas!