This was yet another engaging and meaningful episode of Mirat-ul-Uroos. Time flies away a little too quickly when you are watching this play and at this point I simply love the pace of the show. I also like the way the characters are so well etched out; sometimes the reactions and happenings can be very predictable but I have come to the conclusion that it isn’t always something bad for the characters to be predictable. The reason I am saying this is that it really really makes me extremely happy everytime Aima tells Hashim openly in loud and clear words that he should not rely on her in any way financially. She never softens up as far as her principles about financial matters and the role Hashim is supposed to play in the family is concerned. She really made me proud today when she told him right in the face that she was there to share his burden but he should not think that she will completely relieve him of his duties. Hashim and Hammad both have been complete disappointments. Hammad’s guilt pangs every now and then never seem to affect his behavior in any way…anything that Ayza says goes even though he may not agree with her ever. Hashim on the other hand had the guts to tell Aima that he was considering leaving the job since Aima was working now and maybe she could do some overtime…seriously when will this man learn? He is what we call a total loser and I wonder when is he going to change, seems like there is no hope for him in the near future. 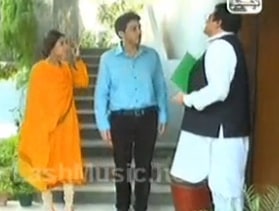 One thing I am very happy about is that Wajahat is out looking for a job. He has a sound health and a lot of experience so why not? There is nothing wrong with working until your health allows it and nowadays older people continue working even after their retirement which I am sure helps them in so many ways. Every person needs to feel useful and someone who has earned all his life must not feel good looking towards his children for money especially when the children are like Hashim and Hammad.

Rafia did seem to feel a little ashamed when Hashim gave her the money and told her that Aima contributed too but she did not feel bad enough to actually apologize to Aima or even say something nice to her, maybe because she could not muster up the courage to do so. I couldn’t help but feel for Zain; of course he is careless and I also agree that going abroad is not going to solve his problems, but I did feel like Hammad shouldn’t have let him down the way he did and the way Aima just dropped the bomb on him did not seem very fair. The way Ayza looked at Zain when he was talking to Hammad went to show that there is no place in Ayza’s heart for Hammad’s family at all. Aima on the other hand is doing everything in her power for her in laws and I am pretty sure that it will pay off in the end. I am waiting to see Hashim change more than anything else. 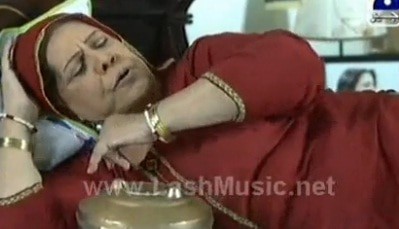 Akbari’s dialogue about Durr-e-Shehwar and Guddu’s remark about her being Shandana was hilarious; it brought back memories and was spot on! Akbari comparing herself to Durr-e-Shehwar, how ironic is that!! I have a feeling that Hamnah and Farhan will end up getting married but I also cannot see Nasir taking a stand in front of Akbari or his brother…can’t wait to find out how the story unfolds.

I have to say that Mirat-ul-Uroos has proved to be a very subtle and sincere effort by the entire team to bring forward some very important problems that are part of every second household and it does not only highlight problems but also gives solutions. No doubt family is a very strong unit and a few wise people in a family who put in their honest effort can help other family members overcome any kind of problems. I missed Asghari in today’s episode but thoroughly enjoyed it nevertheless. This latest installment was flawless from the beginning to the end and I am definitely looking forward to next week’s episode.