Hammad has finally moved out of the house and he feels guilty about moving out for the wrong reasons more than just moving out. Like always the guilt pangs came and went and failed to change Hammad’s thinking in any way. Like I said in my last review, had Hammad moved out solely because he and his wife needed some space it would have been perfectly okay but to move out because you do not want to help your parents financially is just plain selfish. Ayza is very materialistic and Hammad finds it impossible to put his foot down and take a stand on anything at all. I was actually very shocked and disappointed in him when he told his father that he could not afford to finance them in any way for the next two months. On one hand, he has a luxurious home and is inviting people over for lavish dinners every weekend and on the other he does not have any money to give his parents. Although, he knows only too well that his parents cannot survive without the money he gives them. Hammad’s parents’ reaction was very realistic, the way his mother tells him they can’t do without the money and the manner in which his father politely tells him off…very nicely done. 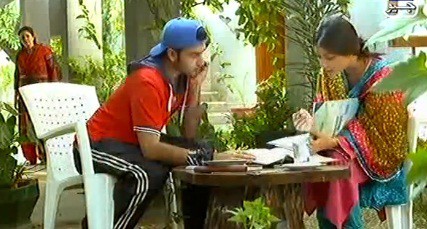 We saw Aima being the perfect daughter in law and she did not let anything Rafia said change the way she felt about her new family. When Rafia was watching Aima teach Zain, I thought she may finally have a change of heart, well not just yet but I think she will change her opinion about Aima very soon. If Hashim does not get a job, I think it should be okay for Aima to work now until he finds a job because the dynamics in the house have completely changed. Ideally Hashim should lower his standards and take up any job he gets. Hashim is still being immature; asking his friends to find him a job with 50,000 salary, nothing less than that will do. I am glad Aima tries to knock some sense into him as often as she can but nothing Aima says seems to have any affect. 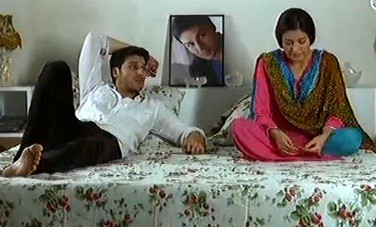 Akbari continued to be the foolish and stubborn person that she is. Her obsession with Guddu is almost funny and I have to say that I have seen many such ladies who trust and depend on their servants more than their own family members. The conversation between Guddu and Daddi was a little too long and somewhat irrelevant as well but I enjoyed it nevertheless! The dialogue about the 8 o’clock drama was so right!! There are times when one longs to watch these plays when they go on air but the load shedding most often does not allow it.

Ayza and Hamnah have surely grown apart and Hamnah is much closer to Aima now. I have to say though that I couldn’t exactly figure out just when Hamnah changed “sides” and also her thinking. It would have been good if we could have heard from her just when she started feeling that Ayza was not as perfect as she thought she was. 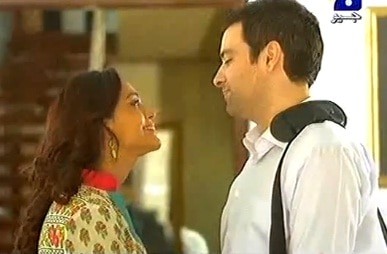 I was expecting Hammad to get tired of his wife’s farmaishi program once they moved out of the house but nothing like that seems to be happening anytime soon. We saw him complaining every now and then but he still continued doing whatever Ayza wanted him to. Hiring the servant that his parents had fired was another very unethical thing to do but he didn’t have much to say about that too.

This was a very engaging episode indeed but I want things to move on now…enough of moaning over Hammad’s “betrayal”.