There was a great deal of development in the story in this latest episode and all the different tracks seem to be heading towards the conclusion. Each episode of

Mirat-ul-Uroos gives me so much to talk about that I am not very sure where to start from. Hammad finally started getting tired of Ayza’s fazool kharchis and told her how he felt about it every chance he got. Ayza like always thought she knew better and didn’t listen to a word of what Hammad had to say. Hammad also realizes that in the past few years things have changed drastically; he has lost the respect and position he had in his mother’s house and the realization that he was no longer the apple of his mother’s eyes or the respected older brother he once was, was nothing short of a shock for him. He obviously thought that his family would continue having a high opinion of him and let him have a say in what goes around in the house even after everything he did. Hammad’s family has moved on and it was actually great to see that. It was actually very surprising to know that Hammad’s family did not even tell him about his younger brother’s result.

Aima feels envious of her sister after meeting her and wonders if it really does pay off to be selfless and sacrificing. Ayza had been so selfish after her marriage but she still had a wonderful, carefree life whereas Aima had to struggle very hard although her intentions were always good. I have always enjoyed Aima’s conversations with her mother; they always strike as very real to me. It was perfectly natural for Aima to feel that way. Hashim finally seems to have matured and now has a job which everyone is happy with, not only this their family has grown. Aima’s patience and perseverance has paid off and she has made a very special place in the heart of all the members of her new family. 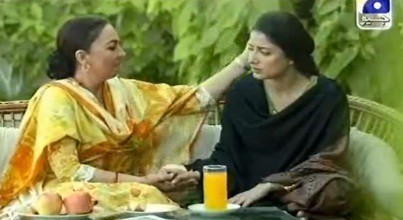 How interesting and apt was the discussion between Hamnah and Rafia about superstitions. I am glad the issue was addressed because since day one Rafia was continuously going on about good and bad omens. 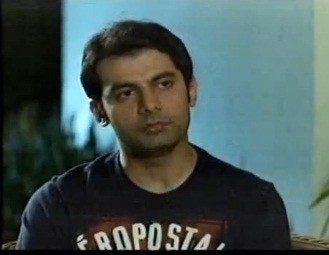 Farhan’s character was a good addition to the story; he is straight forward and definitely takes after his mother and Aima more than Ayza or daddi. I wish though that we didn’t have to listen to the same issues being discussed over and over again. Yet again there was a big controversy in this episode regarding Farhan and Joey’s engagement. Farhan didn’t want a grand function and Joey wanted one. Nawaz and his wife were bent on getting their only daughter engaged to a guy she had nothing in common with and all this time I was left wondering why they were so desperate. They resorted to cheating and lying in order to get the two engaged thanks to Akbari’s advice of course! There was very big change in Nasir’s behavior this time around, he did not let Akbari convince him to do something he did not want to and for once he put his foot down. It was good to see that he had learned his lesson well and was not going to repeat the same mistake which he did when he was marrying Ayza. Akbari is still the same and I don’t think she is ever going to change her ways.

Farhan sees through Joey and suspects already that she may not be very eager to live in Pakistan and the next episode is probably going to be more about Farhan/Joey and Hammad/Ayza.

One thing which I could not help but notice was that almost everyone (the men and the women both) were wearing the same shade of lipstick ;). The makeup artist could have done a better job. Otherwise this episode was very entertaining as usual and I am looking forward to more…25 episodes and still counting!!