Rohit Gurunath Sharma is an Indian international cricketer. He plays for Mumbai in domestic cricket and is the captain of Mumbai Indians in the Indian Premier League as a right-handed batsman and an occasional right-arm off break bowler. He is the vice-captain of the Indian national team. He married Ritika Sajdeh in 2005, who is an Indian sports manager.

Ritika Sajdeh is 33 years old gorgeous wife of Rohit Sharma. She was born on December 21, 1987 to Bobby Sajdeh and Tina Sajdeh. She has loved sports since her childhood. So, after completing her graduation, she started working as a sports manager at her cousin Bunty Sachdeva’s management company, Cornerstone Sports and Entertainment. After her marriage, she manages all of her husband’s international sports tours.

Ritika Sajdeh and Rohit Sharma met for the first time as professionals. They met on a Reebok shoot in 2008. As she is a sports manager, Rohit was also on her list. Her rakhi brother, Yuvraj Singh is the one who introduced them. The duo developed a quick and good friendship which eventually turned into love. The couple started dating in 2009 and dated for six years before getting married. Rohit Sharma proposed Ritika in the ground where he started his career at the tender age of 11. This place holds a special place in his heart. He got on his knees on the ground of the Borivali sports club. They tied their nuptial knots on May 13, 2015. They had a lavish wedding in a five star hotel in Mumbai. She became famous when the camera captured her during a match when Rohit Sharma Made a Double Century and dedicated it to her. Rohit Sharma made his 3rd double century In ODI Cricket in that match, and a camera captured Ritika Sajdeh when she had tears of joy in her eyes when Rohit made a double century. He dedicated his inning to her.

Ritika is a strong, sweet and a beautiful woman. She handles both her professional and personal lives beautifully. She loves her husband unconditionally. She calls her husband ‘Ro’ out of love. She is always present at the venues whenever her husband plays. She supports him and cheers for him. She is always seen cheering for her husband even in the domestic matches. She loves chocolates. She is a substantial foody and love to eat Homemade food rather than outside. Her favorite hobby is travelling and swimming and she loves water sports. Her favorite destination is Maldives. She likes watching Hollywood series and her favorite TV shows are Arrow and Riverdale. Her favorite actors are Robert Downey Jr., Ryan Reynolds and Chris Hemsworth. Just like her husband Rohit Sharma, she is also very passionate about dogs. She is a dog lover. In fact, they both are animal lovers and work for their well-being. Rohit is a member of PETA. Ritika often shares her pictures with her dog on social media.

Ritika Sajdeh and Rohit Sharma are blessed with a beautiful little girl. Their daughter was born in 2018. They named her Samaira. She often takes her daughter to the stadium when Rohit Sharma is playing. They reside in the Ahuja Towers in Worli, Mumbai.

Here are some mesmerizing pictures of the beautiful Ritika Sajdeh. 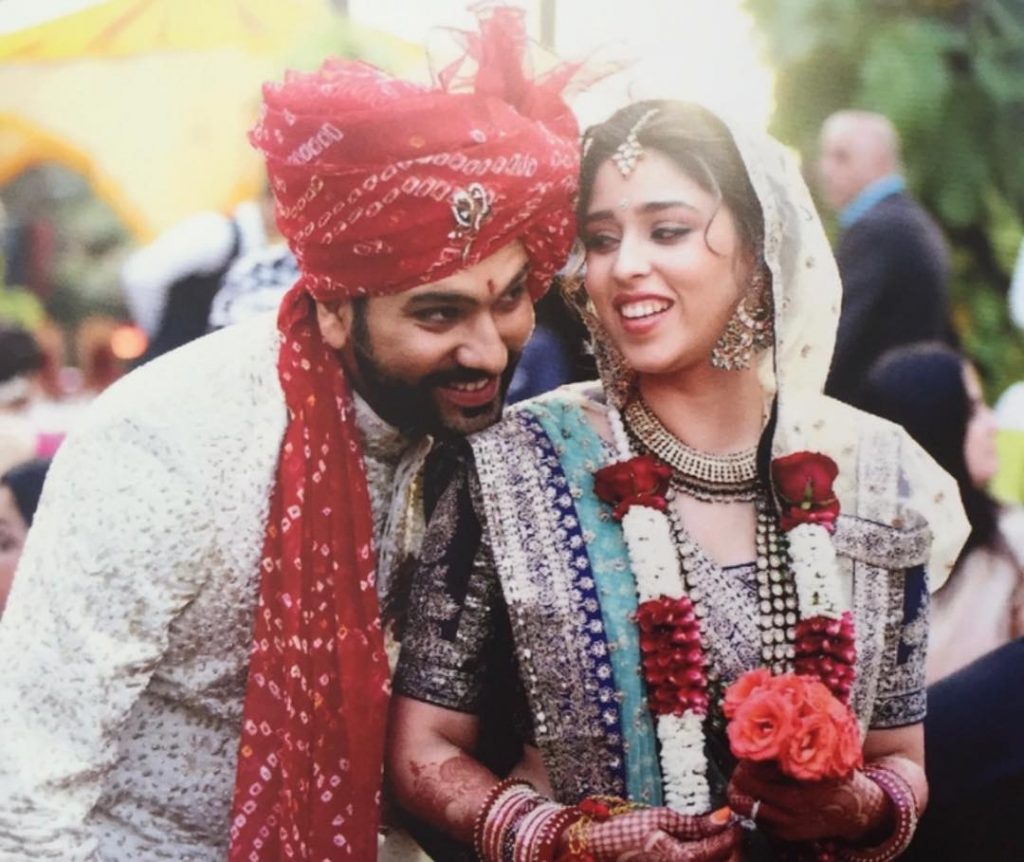 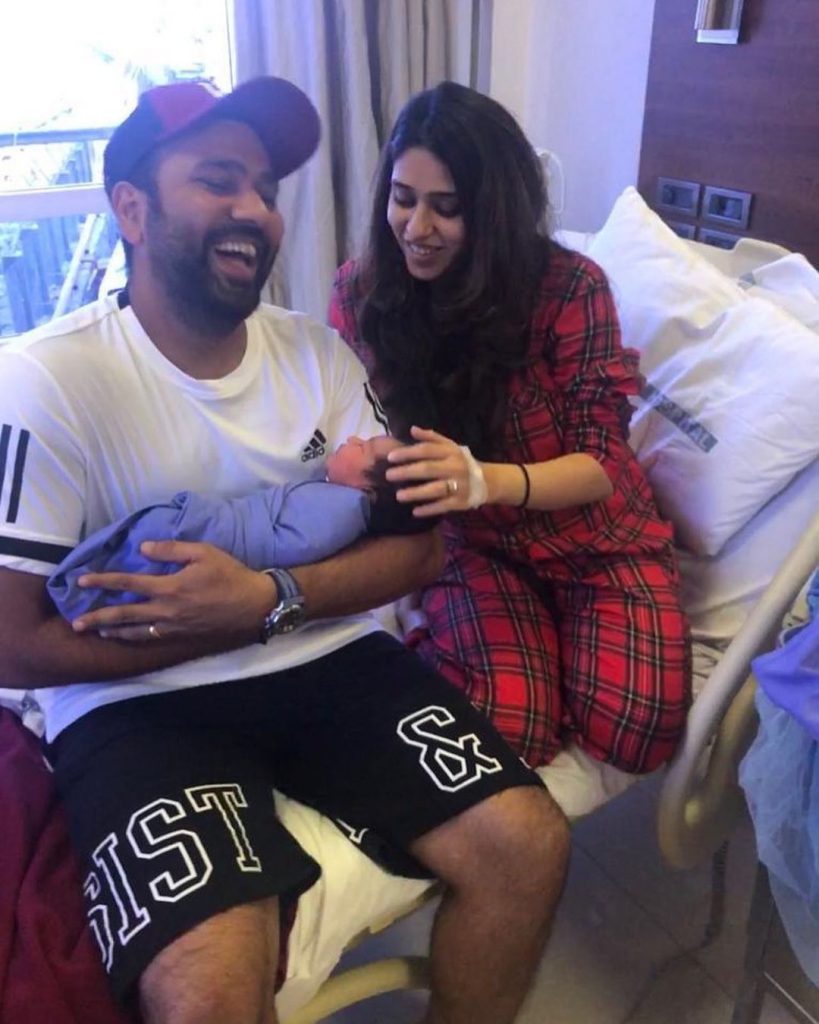 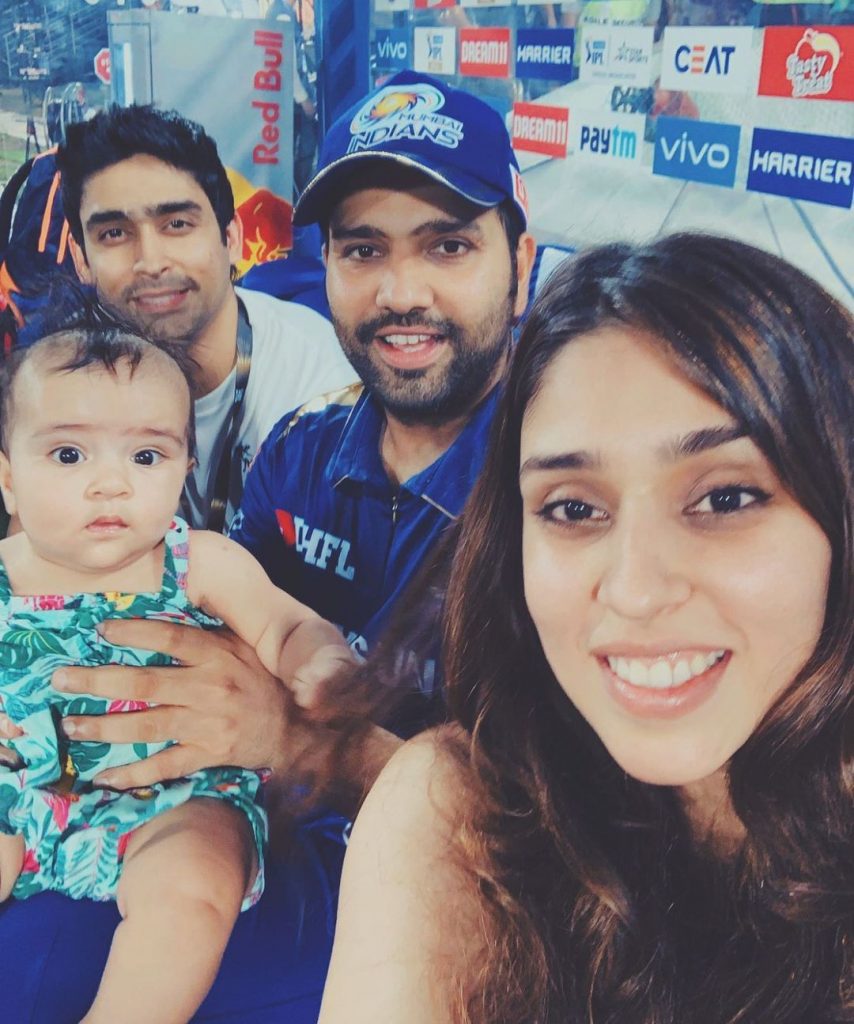 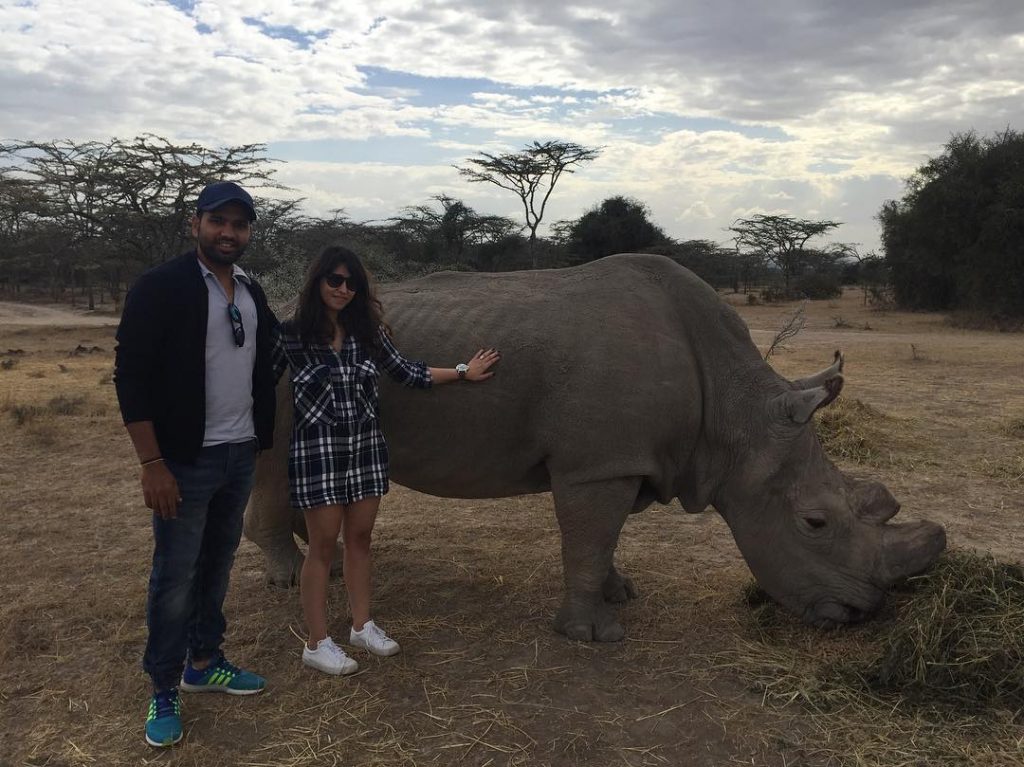 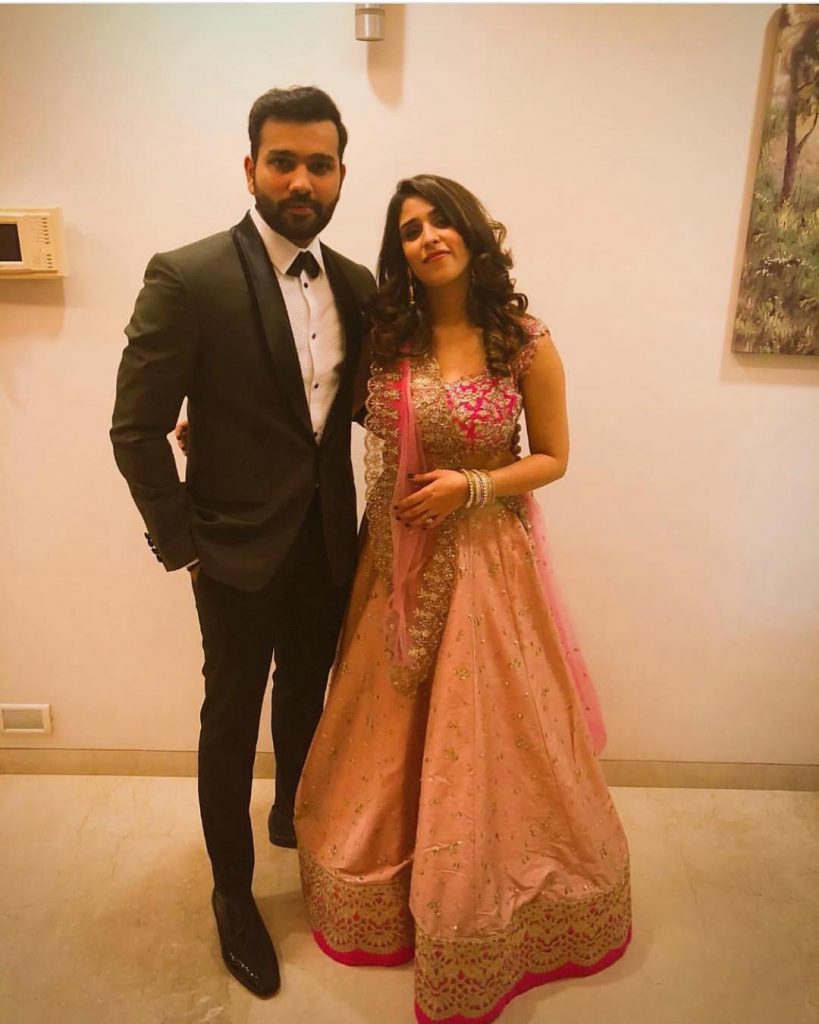 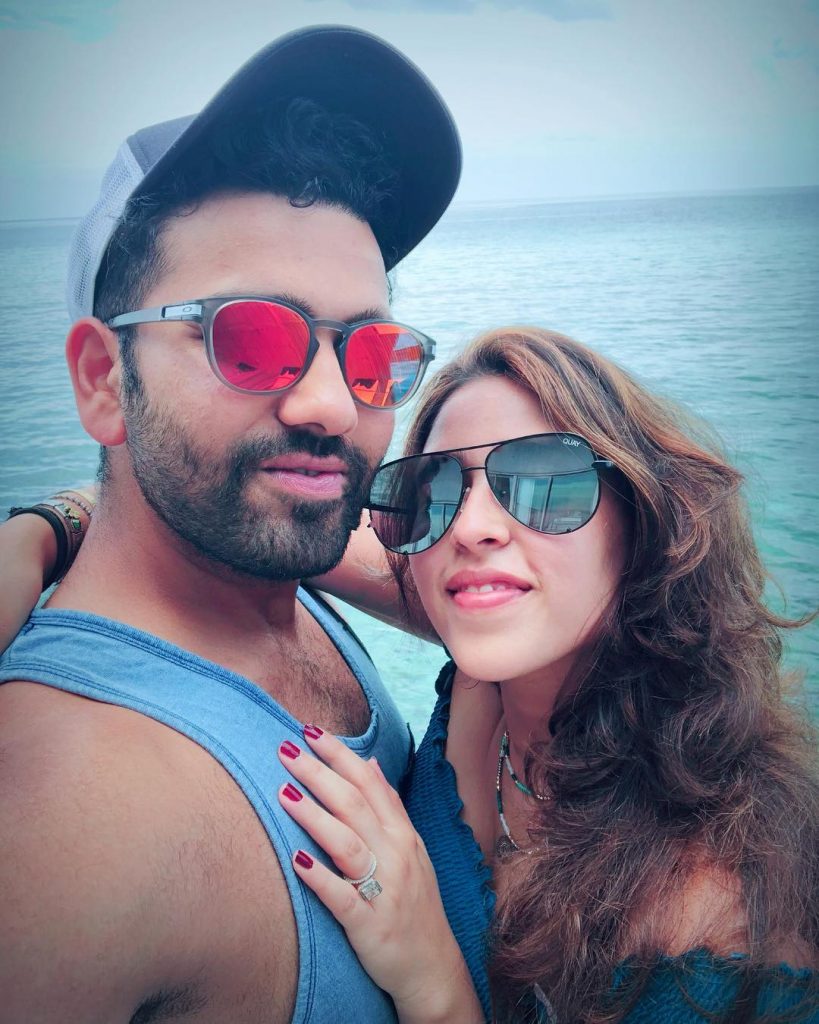 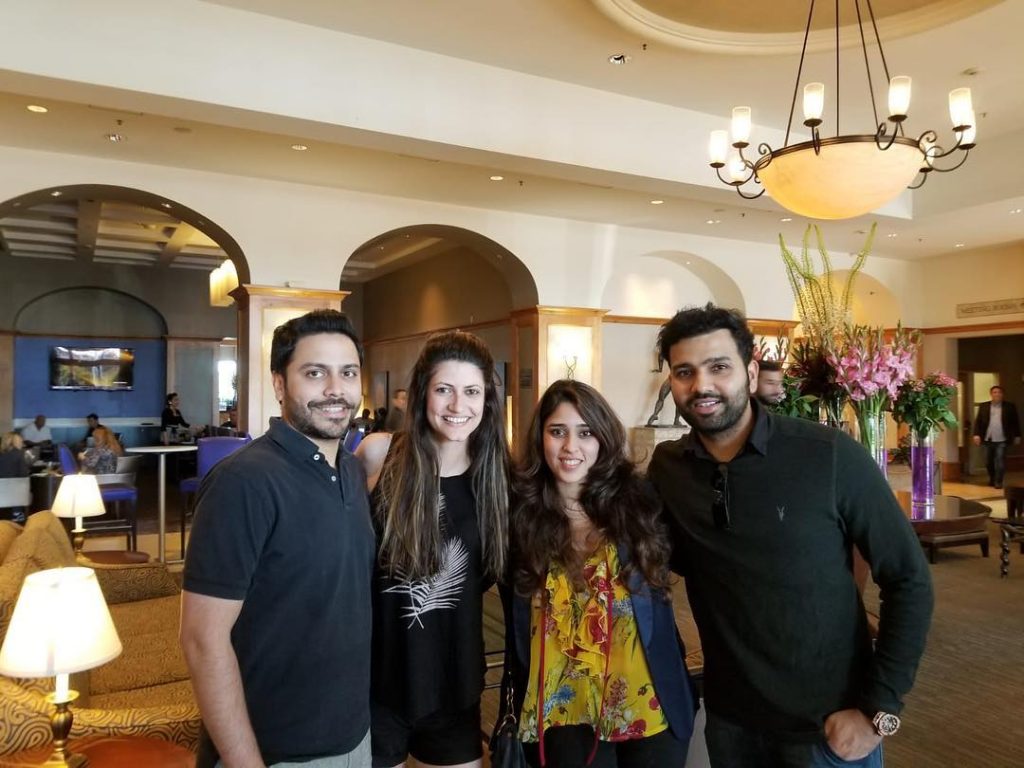 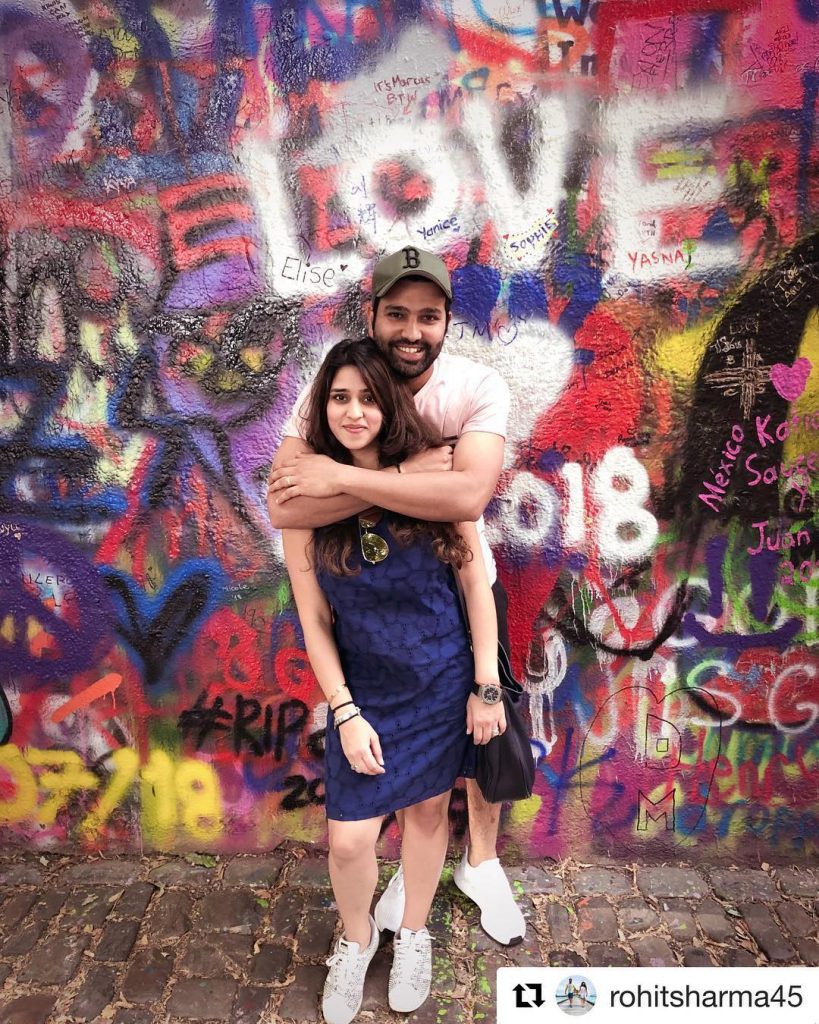 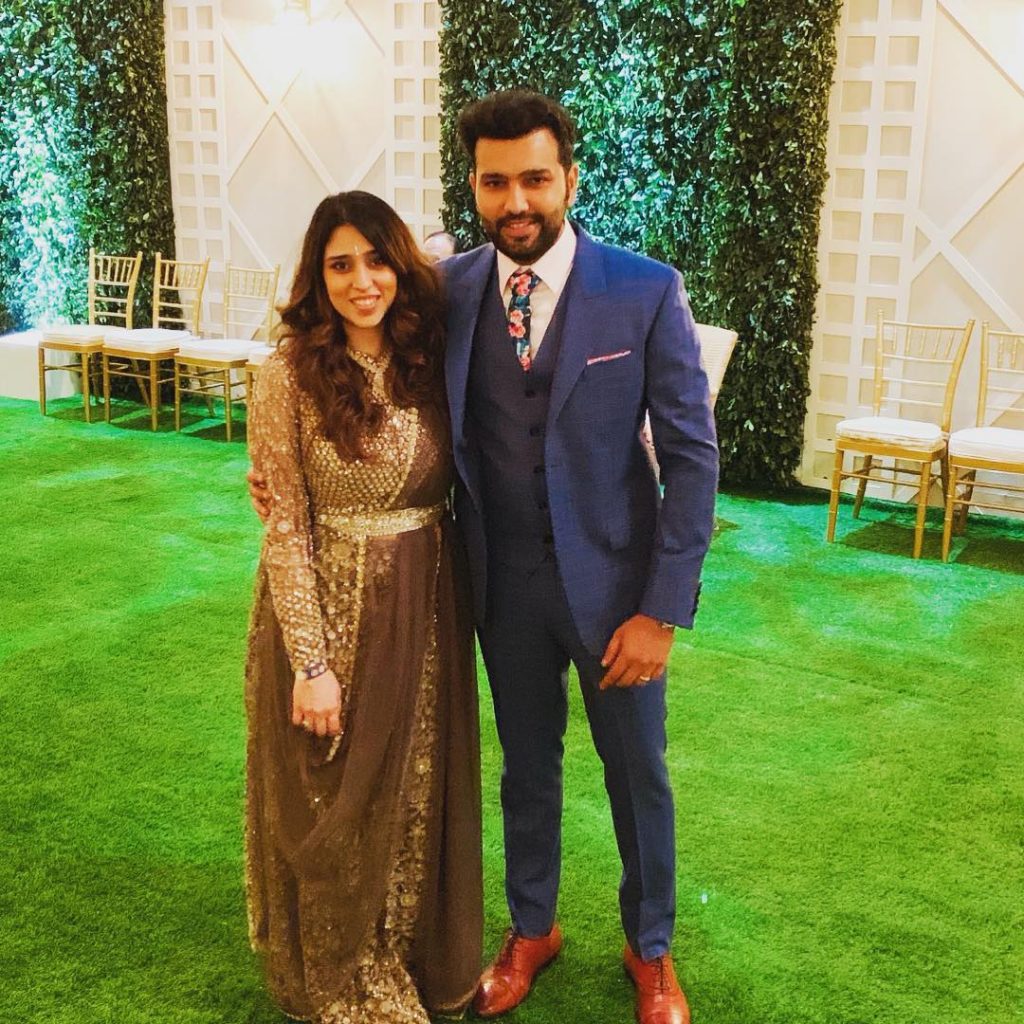 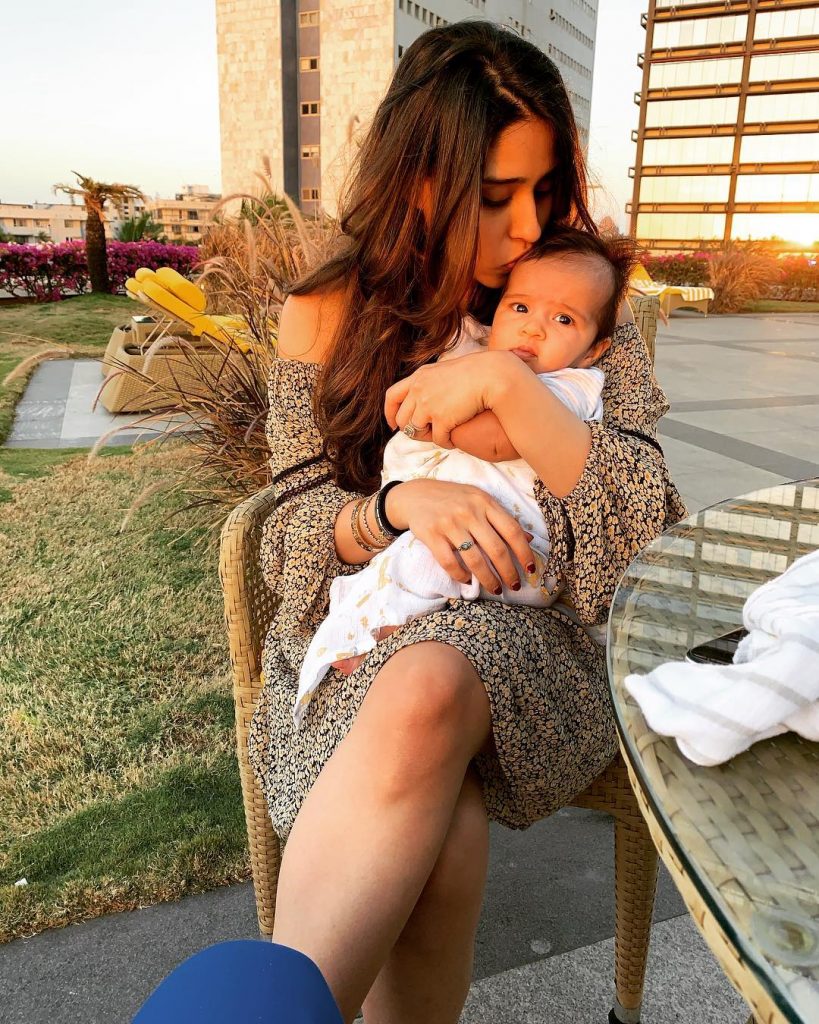 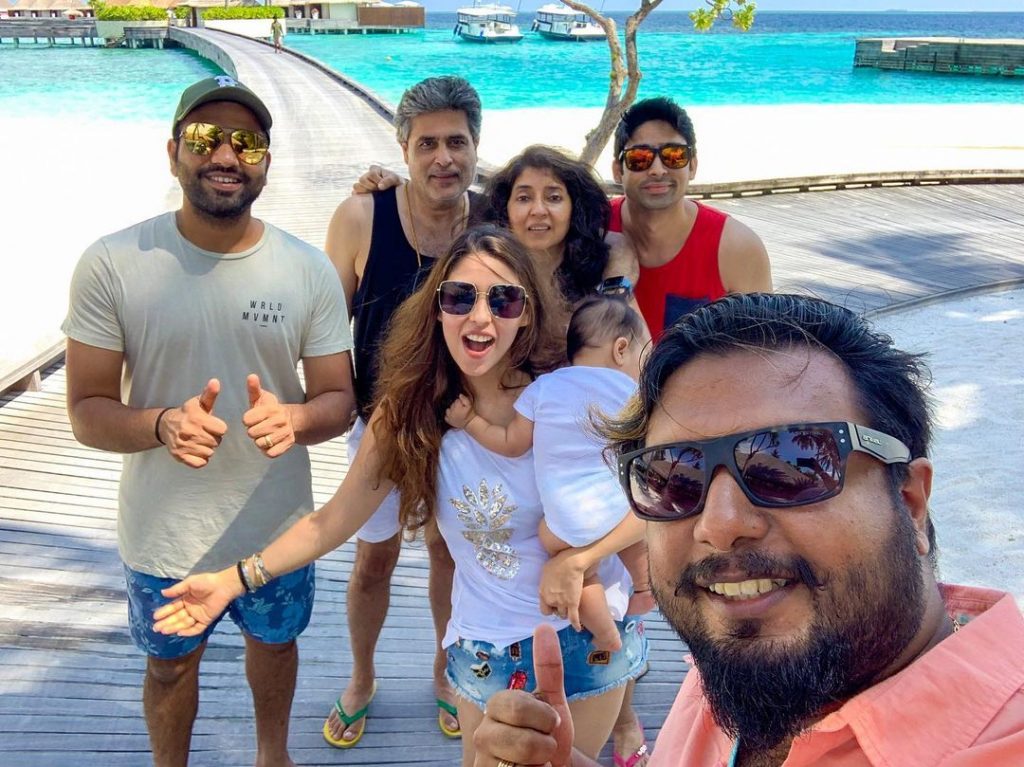