Sonu Sood is an Indian actor who works in Tamil, Telugu, and Hindi films. He got married to Sonali Sood and has two sons, the elder one is named Eshaan Sood while the younger one is named Ayaan Sood. Let’s check out more about the son of Sonu Sood and other interesting facts about him.

Eshaan Sood is the very famous veteran actor Sonu Sood’s elder son. Eshaan is a famous celebrity kid who wants to follow his father’s path in the movies. Eshaan Sood is born into a Punjabi family, his parents are Sonu Sood and his mother Sonali Sood. He has a younger brother too who is named Ayaan Sood.

Sonu Sood was born in an upper middle class family in Moga, Punjab. After completing his education from school Sonu started working in the showroom of his father in Moga for some time. He then did his graduation from the Yeshwantro Chavan College of Engineering in Nagpur and became an Electronic Engineer. when he was in his second year of graduation, Sonu got motivated to pursue modeling as well as acting as his professional career. Then after graduating from engineering college, Sonu moved to Mumbai city and started searching for work. Sonu had just 5500rs in his pocket when he went to Mumbai and spent his early days in Mumbai in a one-room kitchen apartment with six other boys. 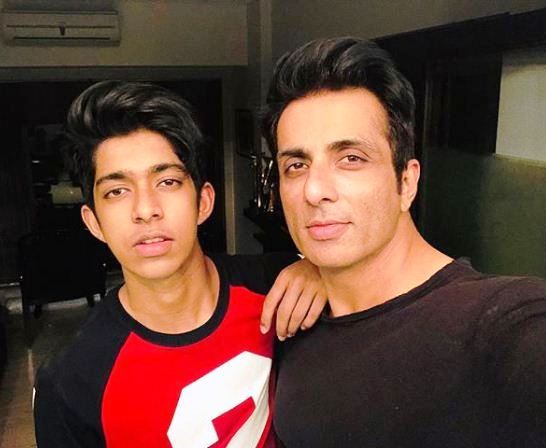 There is no denying the fact that Sonu Sood is one of the fittest actors in Bollywood and can give any younger actor a run for his money when it comes to an impressive physique. Anyone would be envious of his six-pack abs, and now, his son, Eshaan, is not far behind. Recently, Bollywood actor Sonu Sood posted a post-workout photo after a hardcore workout session at home with his son Eshaan and the well-toned physiques of both the father and son have impressed many on the internet. While fans were impressed with the actor’s super toned body and six-pack abs, they couldn’t divert their attention from Eshaan. The youngster, Eshaan Sood, who could be seen working out with his father, Sonu Sood,  in the photo, has an equally ripped physique and looked very fit and has created a storm on Instagram; fans say, ‘Kya baat hai’. The actor captioned the post, “Quarantine Gym Session #stayindoors #staysafe #stayfit #fitnessjourney #sonusoodfitworld.” 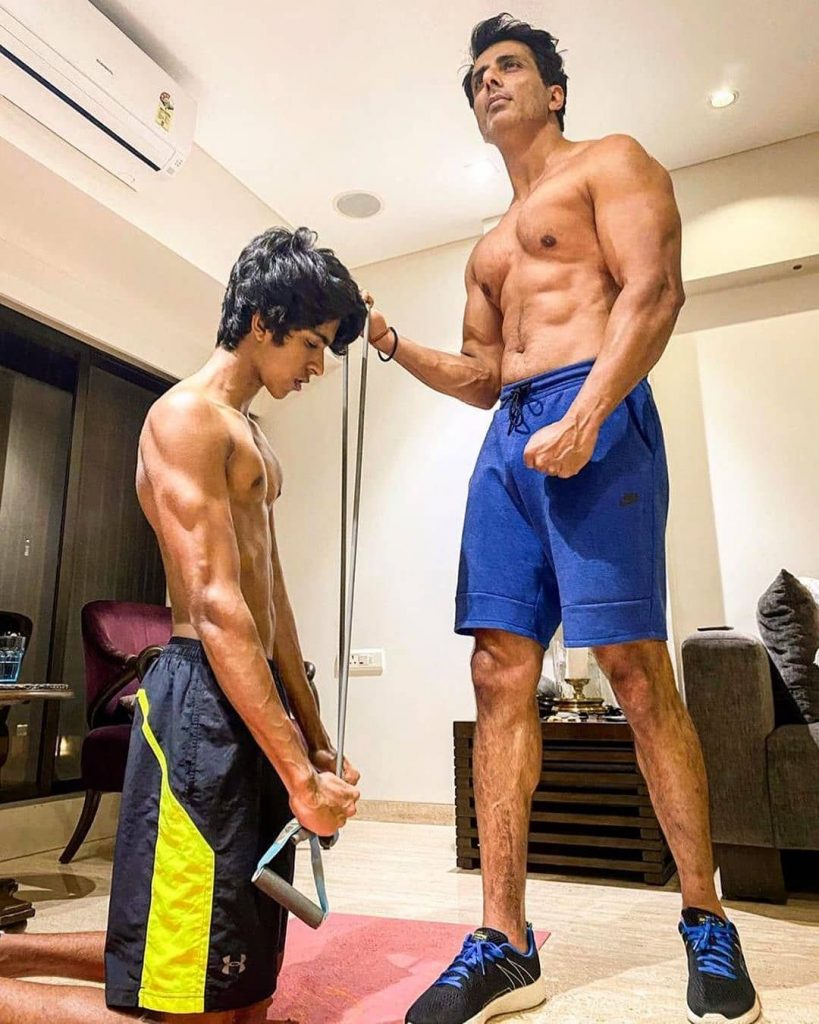 Sonu recently posted a photo of himself with his son after a workout session at home. While fans were impressed with the actor’s super toned body and six-pack abs, they couldn’t divert their attention from Eshaan. The youngster, who could be seen working out with his father in the photo, has an equally ripped physique and looked very fit. The actor captioned the post, “Quarantine Gym Session #stayindoors #staysafe #stayfit #fitnessjourney #sonusoodfitworld.” As soon as Sonu posted the father-son photo, several celebs reacted to it. TV actress Ridhima Pandit commented, “Arre Eshaan!! I feel old now.”On the other hand, Pyaar Ka Punchnama 2 actor Omkar Kapoor wrote, “Love the vibe bhai.” Besides the celebrities, several fans reacted to the post as well. One person wrote, “Like father like son.” Another commented, “Bhai he’s giving u a complex.”

Have you guys read our article and have got a sneak peek into the life of the son of Sonu Sood? Hope you guys enjoy it. Share your views with us.