The Box Office is yet busy to update the records of Tanhaji’s success, and here comes another big news for Tamil movie fans. Interesting it is, that Tamil Remake movies make quite a place in the Box Office and the next Tamil Remake Kaithi is just on its way. 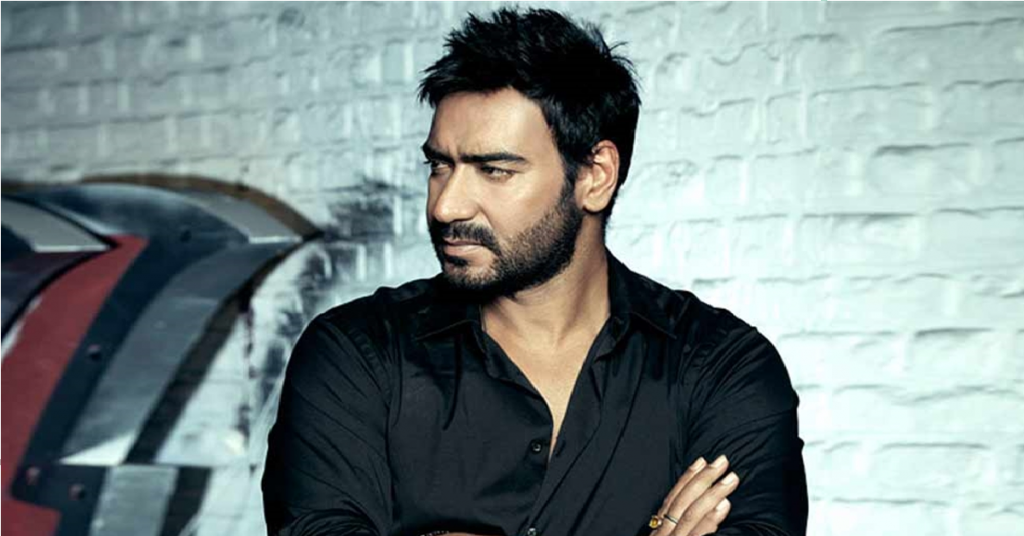 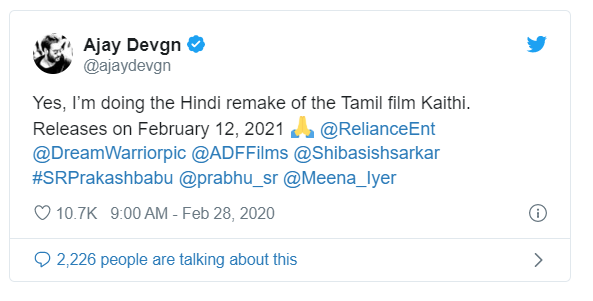 “Yes, I’m doing the Hindi remake of the Tamil film Kaithi. Releases on February 12, 2021.” The remake will be produced by SR Prakashbabu and Reliance Entertainment.

Further to share, Kaithi is a film with No Heroine, No Songs and a 100% Action Genre. Released with all these odds on the Diwali festival day, Kaithi came out as a box office blockbuster among the family audience in the South.

The film is Produced by Ajay Devgn Ffilms (ADF), Reliance Entertainment and Dream Warrior Pictures, the film is set to release on 12th February 2021.