Venkatesh Prabhu Kasthuri Raja, better known by his stage name Dhanush, is an Indian actor, producer, director, writer, lyricist, screenwriter and playback singer who predominantly works in Tamil cinema. He is one of the leading actors in Kollywood, who have wowed the audience as well as critics by his stellar performances. Indian media and his fans have given him a special name, Indian Bruce Lee, because of his action scenes that are very much influenced by martial arts. He is the achiever of many prestigious awards. He has been included in the Forbes India Celebrity 100 list six times, which is based on the earnings of Indian celebrities. He gained wide prominence through his famous song “Why This Kolaveri D”. He married his sweetheart Aishwarya Rajinikanth in 2004.

Aishwarya Rajinikanth was born on January 1, 1982, in Chennai, Tamil Nadu, India. She is the elder daughter of superstar of South India, actor Rajinikanth and Latha Rangachari. She has a younger sister Soundarya Rajinikanth, who also works in the Tamil film industry. There is no such information about her education as she got married at a very young age.

Aishwarya Rajinikanth Dhanush is a film director and a playback singer. When she stepped into the glamour world, she made her entry into the Tamil film industry as a singer. Her first released song was “Natpe Natpe” which she sung alongside the composer and actor Silambarasan. She made her debut as a director through the film 3, in which her husband Dhanush acted alongside Shruti Hasan. The film gained high anticipation prior to release after the song “Why This Kolaveri Di” from its soundtrack, that went viral and became an internet phenomenon. She directed and wrote the story of two Tamil films, 3 and Vai Raja Vai. She was a judge on STAR Vijay’s dance competition Jodi Number One in its third season alongside actors Sangeetha and Jeeva. She is a trained classical dancer and is awarded by the Kalaimamani from the government of Tamil Nadu. She was selected as India’s goodwill ambassador for the UN Women organization. She won the News maker of the Year Award at the JFA Women Achievers Awards in 2012. In December 2016, she released her own book Standing on An Apple Box: The Story of a Girl Among the Stars, which reveals her personal life.

How and When They Met

Both Dhanush and Aishwarya belong to well-known families of the South film industry. Dhanush is the son of the famous director and producer, Kasthuri Raja and Aishwarya is the daughter of megastar Rajinikanth. Their story began when Aishwarya went to see Dhanush’s movie where she was introduced to Dhanush. After the movie, she sent him a flower bouquet, appreciating his stellar performance. Dhanush called her to say thanks and that’s how they started talking. Then there were rumors about the duo to which they denied at that time but their families thought that they can make a perfect couple so they arranged a meeting for them. With in six months of their affair, the couple got married in a traditional South Indian ceremony on November 18, 2004. They are blessed with two sons, Yatra Raja and Linga Raja.

Let’s have a look on some rare and beautiful pictures of her personal life. 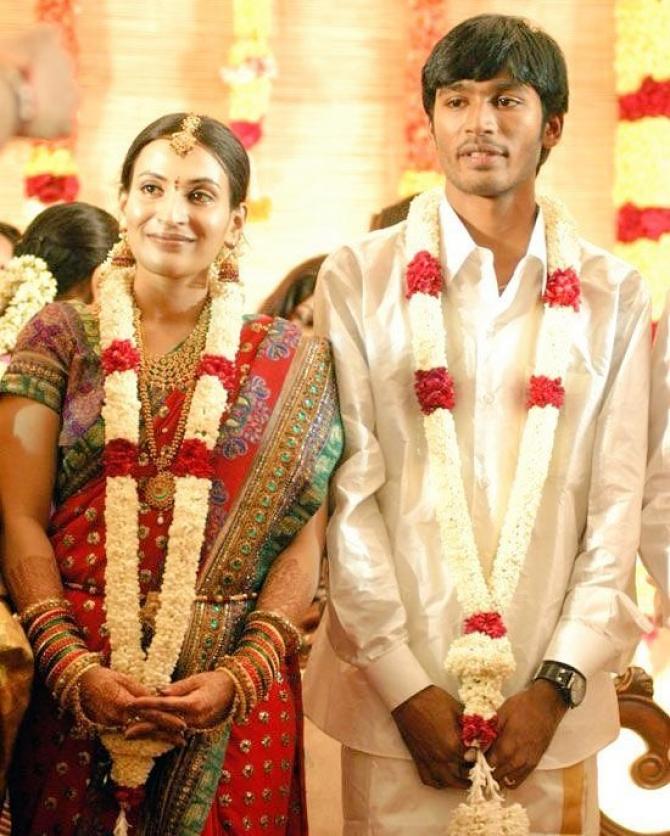 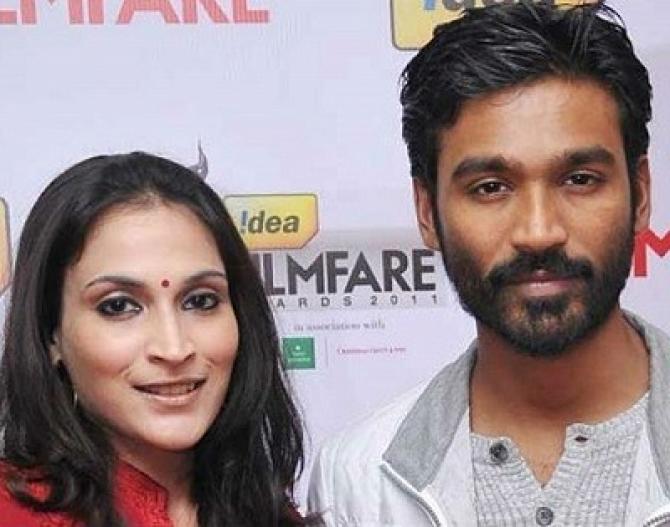 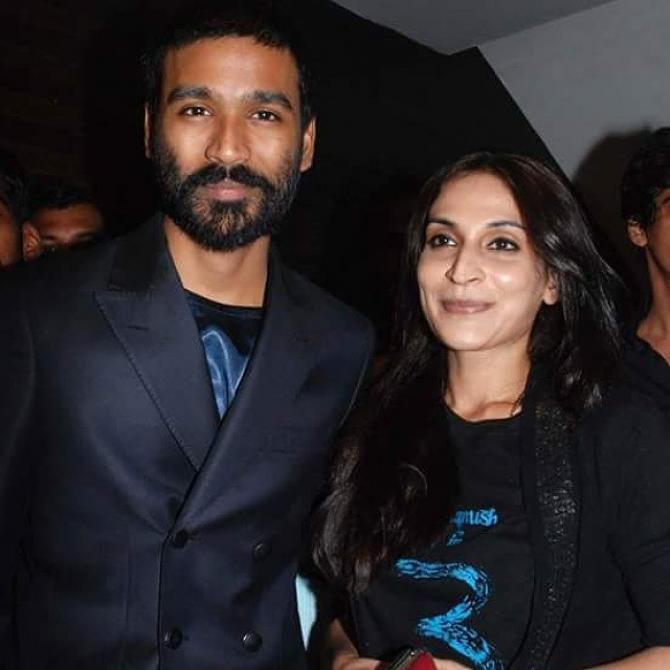 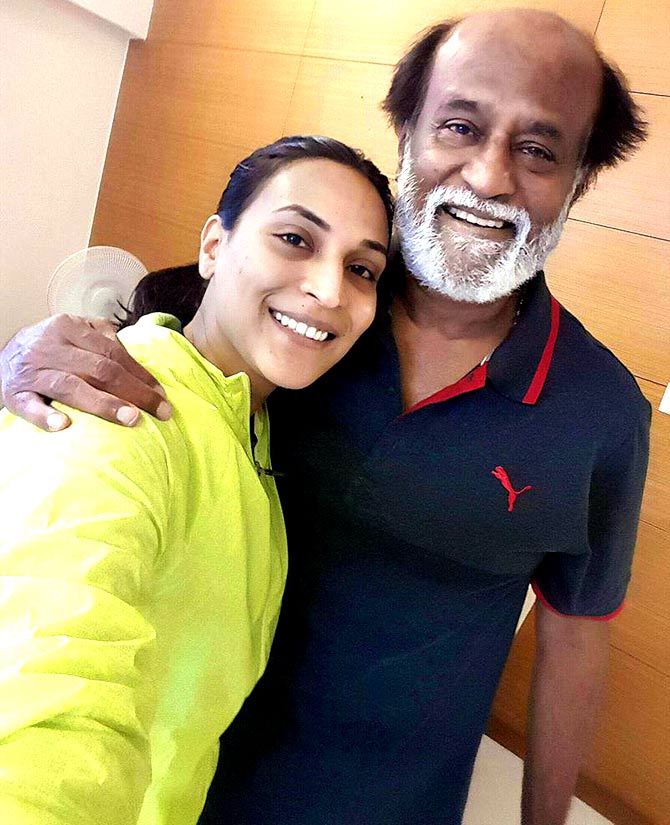 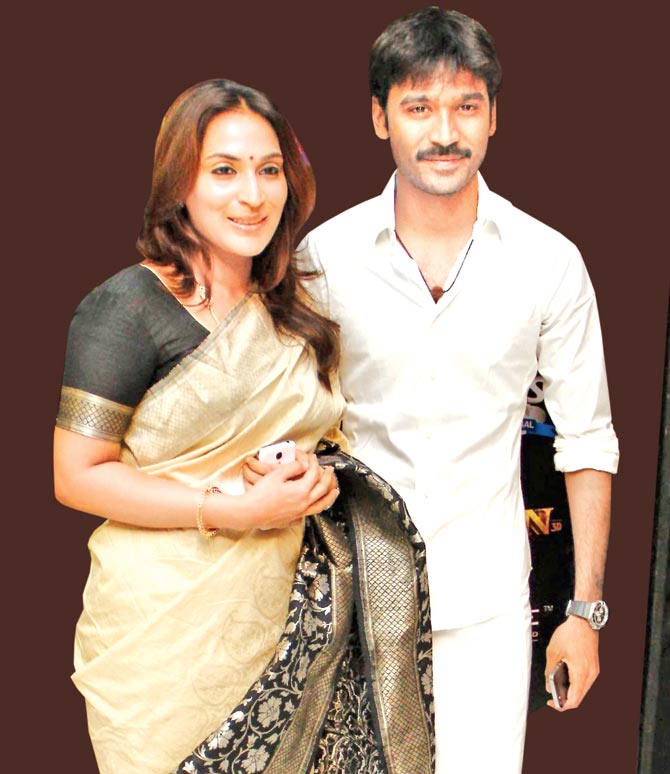 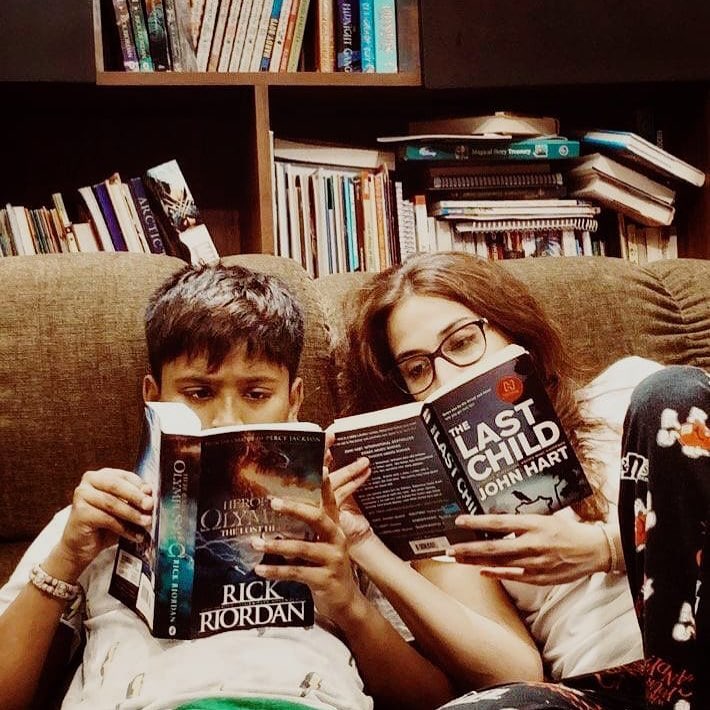 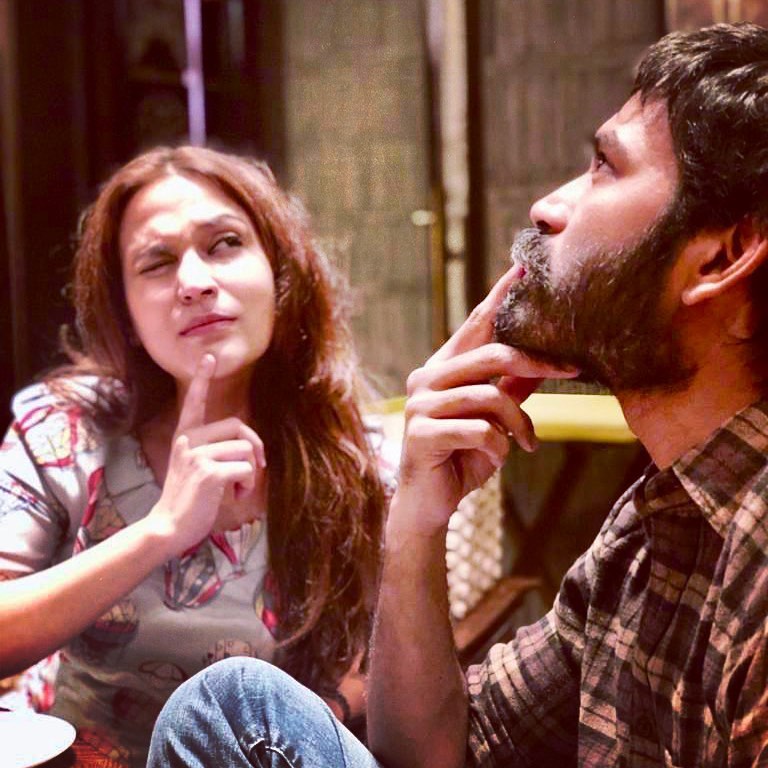 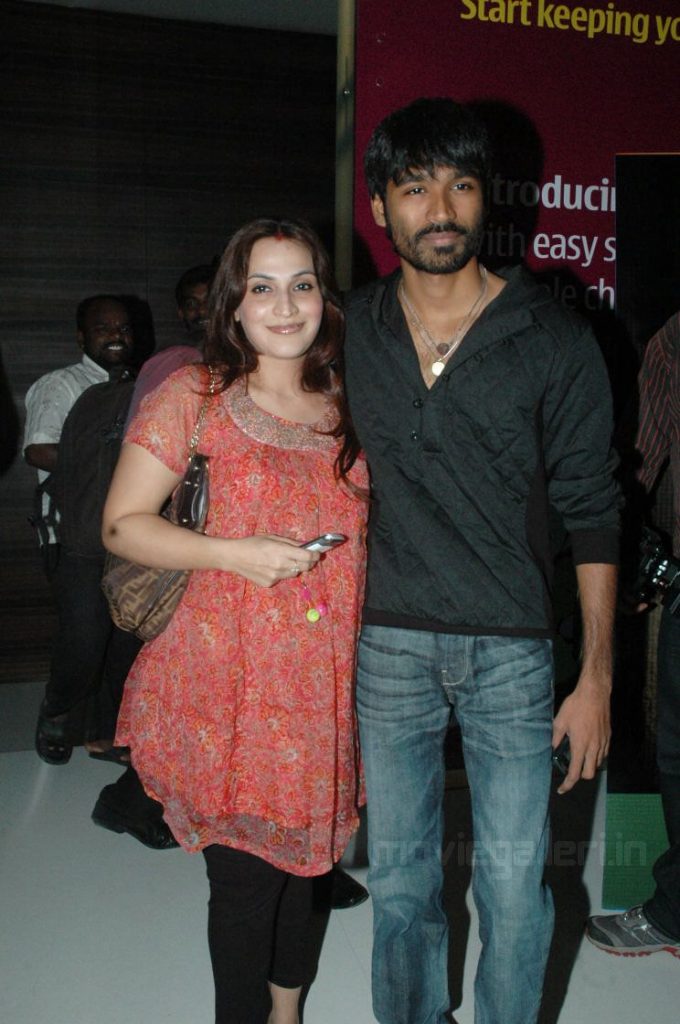 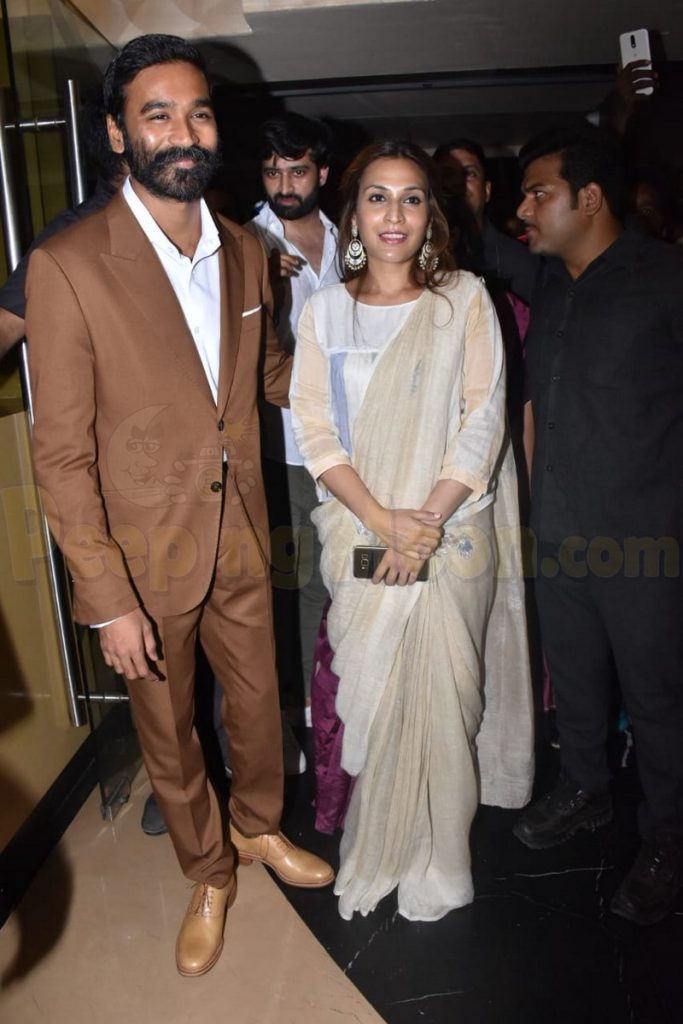 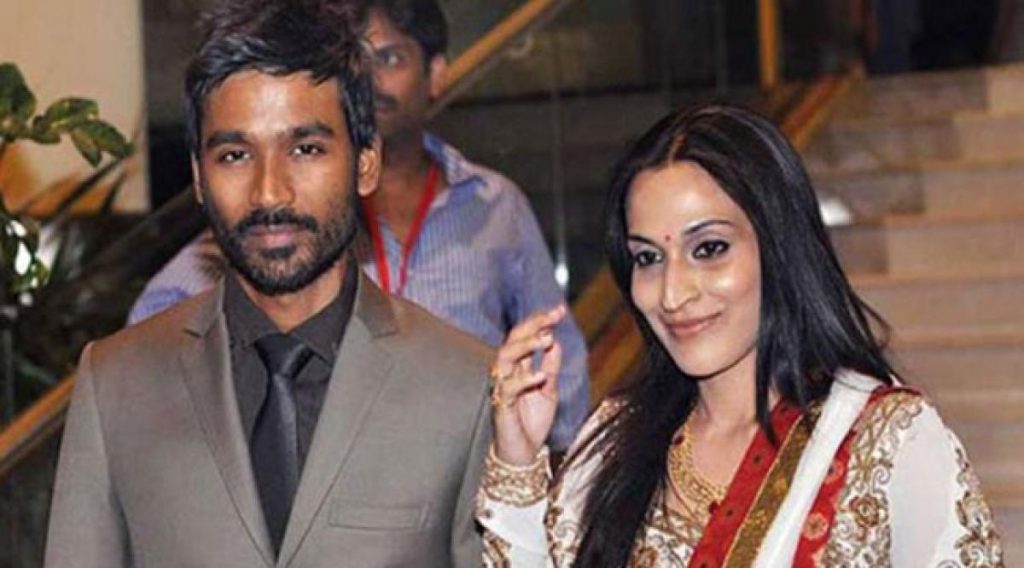 Did you find this article interesting and informative? Share your comments with us.