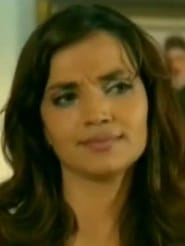 This play surely sheds light on a social evil that is highly rampant in our society and is very widely accepted in the name of status symbol; the social evil I am referring to is dowry. The way Ayza gives her parents a long list of all the valuables she wants in her dowry was actually something very relatable because I have seen many girls around me who consider dowry their birth right and like Ayza’s mother points out if the parents do not fulfill the unreasonable wish lists the children consider them ‘gunahgaar’. Ayza has been very smart till now, having direct communication with Hammad has yielded the desired results and now Hammad too feels like it is obligatory for him to have a grand wedding. This is another aspect of the play that is very real, there are many men who do change their standards overnight after they get engaged or soon after they get married. The things that were unthinkable for their mothers and sisters become easily acceptable when it comes to their new wives. Rafia is losing her son fast at the hands of the bahu she dearly loves and feels proud of and honestly speaking she still has no idea what is coming her way!

There are two things I found very interesting in these two episodes. The first was that although Akbari has spoiled Ayza so much but the truth is that she is not willing to spend a penny on her marriage, everything that she says to her son is only to blackmail him into given into her demands. When she finds out that Ayza will take Guddu with her, she instantly talks to Rafia because she knew only too well that she won’t allow it and that way Ayza will get another servant and she will get to keep Guddu!! The second interesting thing that I noticed was the way everyone blames other people for someone’s actions. For instance Akbari blames Asghari for convincing Rafia to talk to Amna about the servant issue, Akbari blames Amna for Ayza’s father’s limited budget, Rafia thinks that Ayza is a very nice girl and it is Akbari who wants a grand wedding and there are so many other examples.

Aima does not like it at all when everyone gives (undue) credit to Ayza for the cooking and rightly so too. The differences between the two sisters became more apparent in these two episodes. 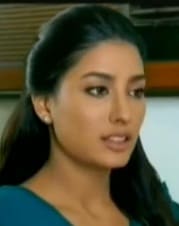 There are two things that seemed somewhat awkward to me. They made it sound like the set that Ayza chose was very heavy but it did not sound like that to me, I think all middle class families give this much gold to their daughter-in-laws. Secondly how could a diamond ring which Hammad has brought for Ayza be equivalent to the property that Rafia will have to sell now?

These two episodes focused on Ayza more than Aima and the issues that were discussed by the family members were more or less the same as the ones in the previous two episodes. The only new development had to be the change in Hammad’s behavior towards his family, which we could all see coming!

Although, everything about Mirat-ul-Uroos till now has been very relatable but I have to say that the screenplay is not engaging enough and the story till now has been very predictable, which takes the excitement away. There is not even one character in the play that stands out and makes you take notice and no outstanding dialogues that give you goose bumps. Honestly speaking I expected much more from an Umera Ahmed play. Missing a couple of episodes would mean you haven’t missed much, so for now the drama definitely lacks the must-watch factor.