Riteish Vilasrao Deshmukh is an Indian film actor, architect, producer and entrepreneur. He is known for his work in Hindi and Marathi cinema. He is the son of former Chief Minister of Maharashtra late Vilasrao Deshmukh and Vaishali Deshmukh. Deshmukh maintains an ownership in Evolutions, an India-based architectural and interior designing firm. He launched his own production house Mumbai Film Company in 2013. He also launched his cricket team Veer Marathi in Celebrity Cricket League which he owned as well as mentored as the team captain co-owned by brother Dheeraj Deshmukh, while the brand ambassador is wife Genelia D’Souza. Deshmukh has also been recognized as a producer and singer. He married Genelia D’Souza in 2012.

Genelia D’Souza and Her Family

Genelia Deshmukh is a very appealing and charming Indian actress and model. She was born on August 5, 1987 in Mumbai, Maharashtra, India. She is an East-Indian, a Marathi Speaking Christian from North Konkan. She was raised in the Bandra suburb of Mumbai. Her father, Neil D’Souza, is a senior official with Tata Consultancy Services. Her mother, Jeanette D’Souza, was working as a managing director of the Pharma Multinational corporation but she left her job to support Genelia’s career. Genelia also has a younger brother, Nigel D’Souza, who works with the Bombay Stock Exchange.

Genelia D’Souza got her basic education at Apostolic Carmel High School in Bandra. After schooling, she enrolled herself in St. Andrew’s College Bandra, to pursue her bachelor’s degree of Management Studies. She completed her degree while shooting for her first film, in 2003. Initially, she thought that an MNC job would suit her but later she chose acting as her career.

Genelia was always interested in sports and studies in college. She was a state level athlete, sprinter and a national level football player.

Genelia D’Souza started her career as a model at the age of 15, when she was spotted at a wedding as the bridesmaid. She did a commercial with Amitabh Bachchan for Parker Pen. She further did a Fair & Lovely 2003 Cricket World Cup advertisement with cricketer Krishnamachari Srikkanth. She began her acting career with the box-office hit Tujhe Meri Kasam in 2003. She established herself in Telugu cinema by acting in several Telugu films from 2003 till 2012. She is also a well-estabilished actress of South Indian Movies. She has been the brand ambassador of Fanta, Virgin Mobile India, Fastrack, LG Mobiles, Garnier Light, Margo, and Perk in India.

From Strangers to Best Friends and then Life Partners

Genelia met Riteish on the sets of their first movie. Initially, she thought of him to be a rude spoiled brat of a rich family but later she realized that Riteish was a very polite and humble man. They became best friends and as they say friendship is the first step towards love, the duo gradually became inseparable. The official ‘Pyar ka Izhar’ never happened. They literally grew together. After a relationship of a decade, the couple tied the knots on February 3, 2012. They had a traditional Maharashtrian wedding along with a church wedding in Mumbai. They are blessed with two sons. Riaan was born on November 24, 2014 and Rahyl was born on April 30, 2016.

Here we have some adorable pictures of the sizzling beauty with her loving husband and kids. 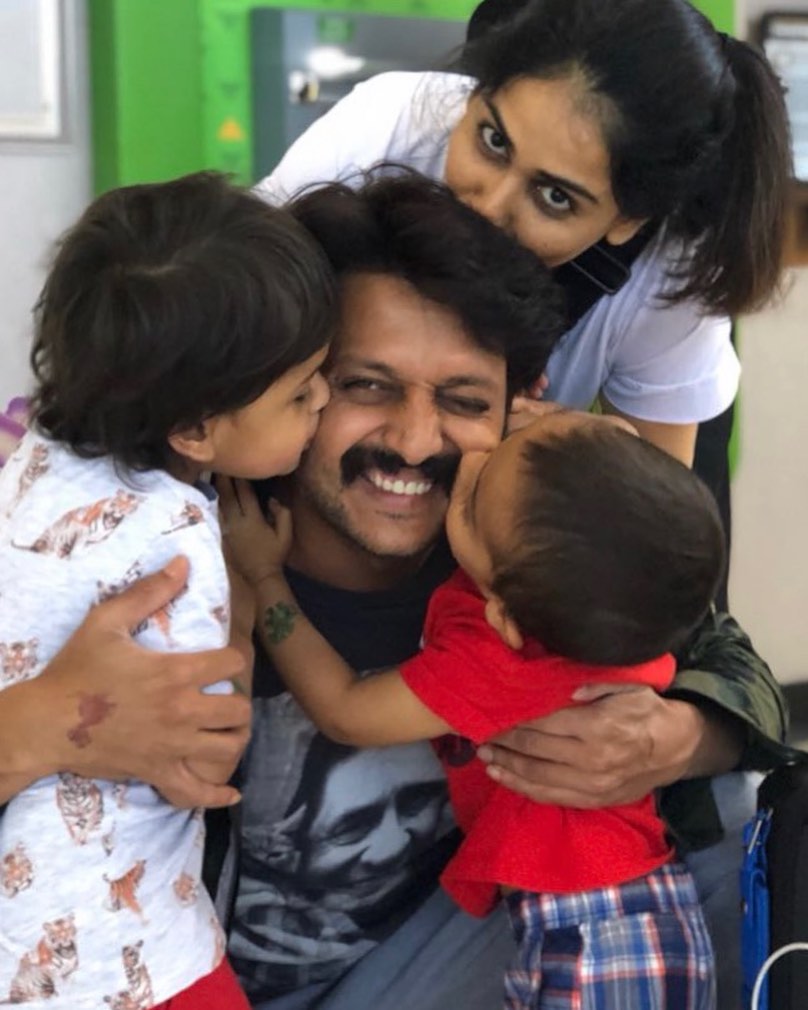 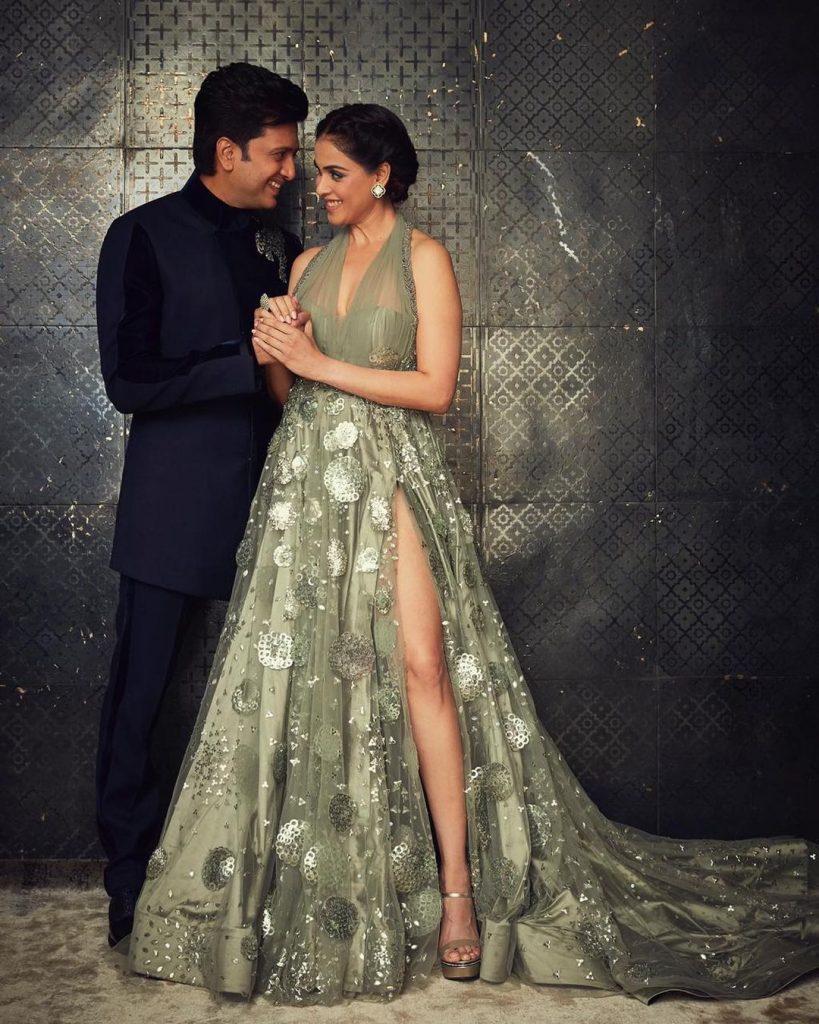 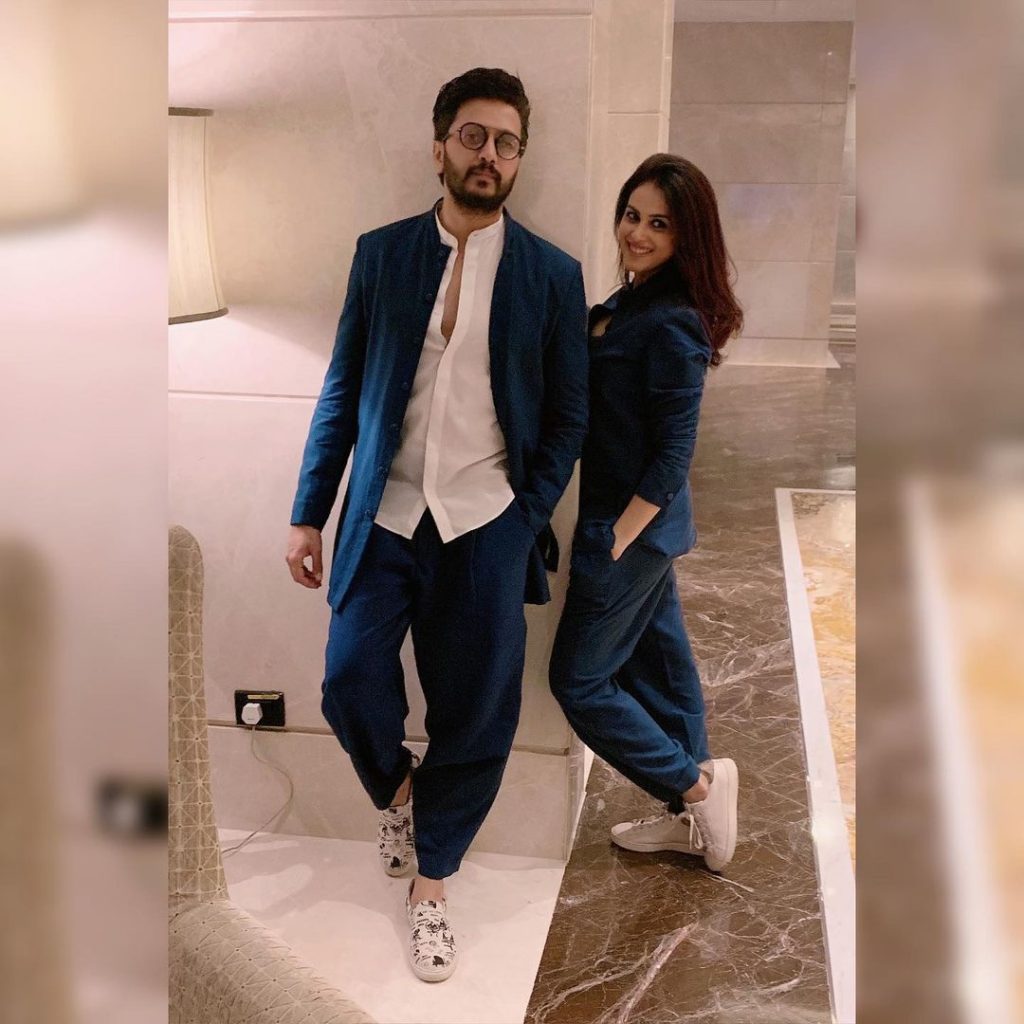 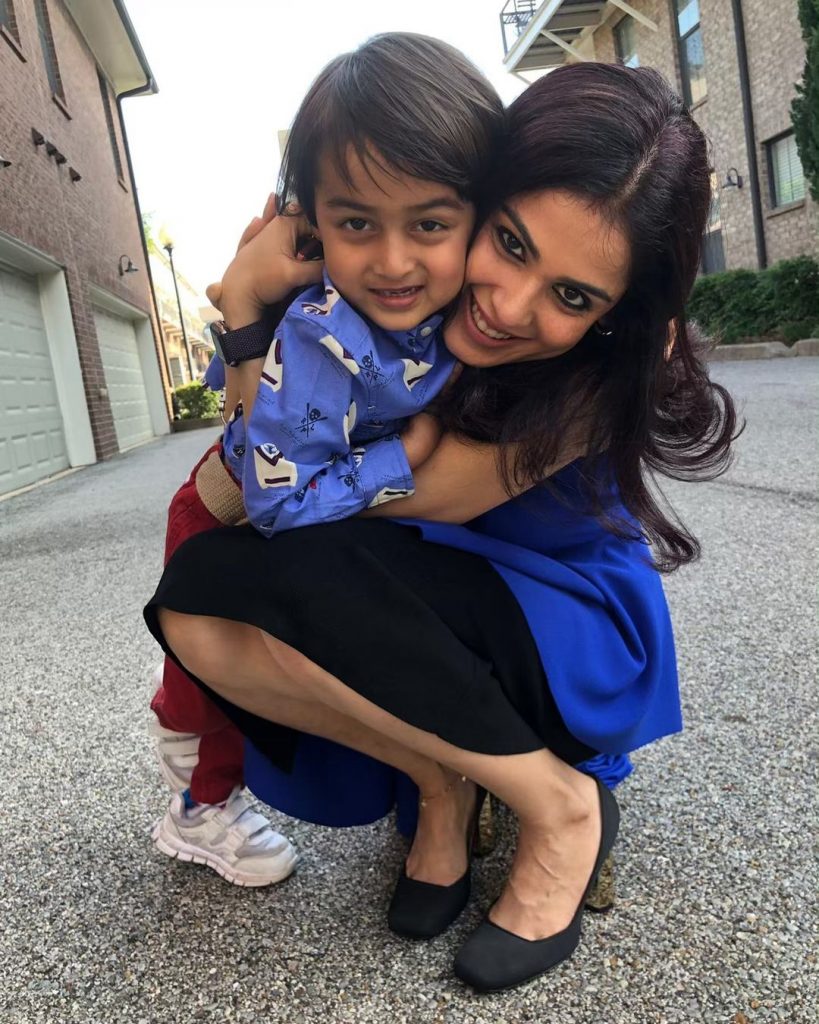 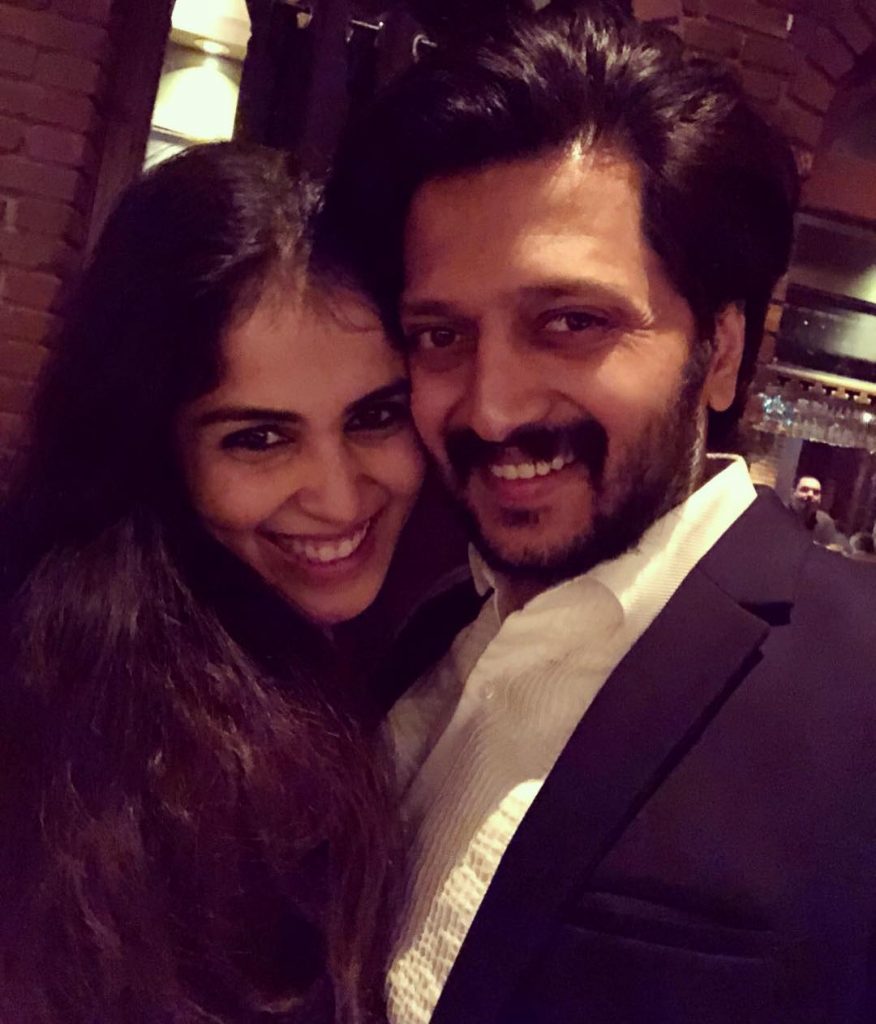 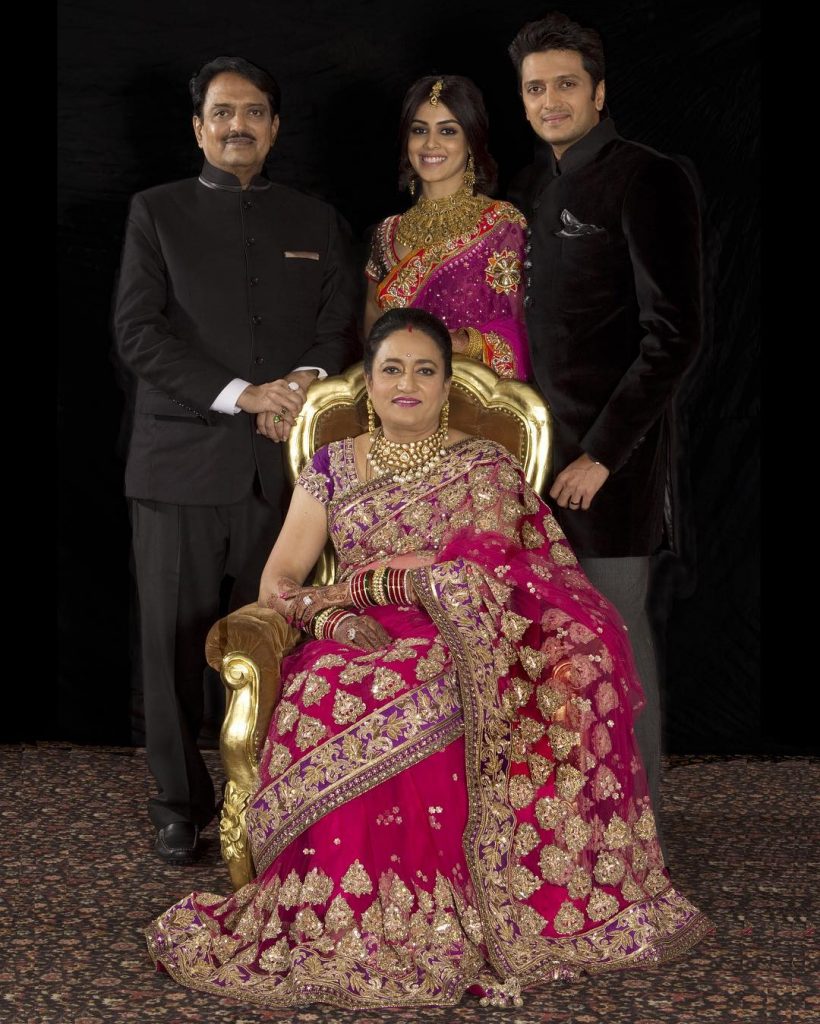 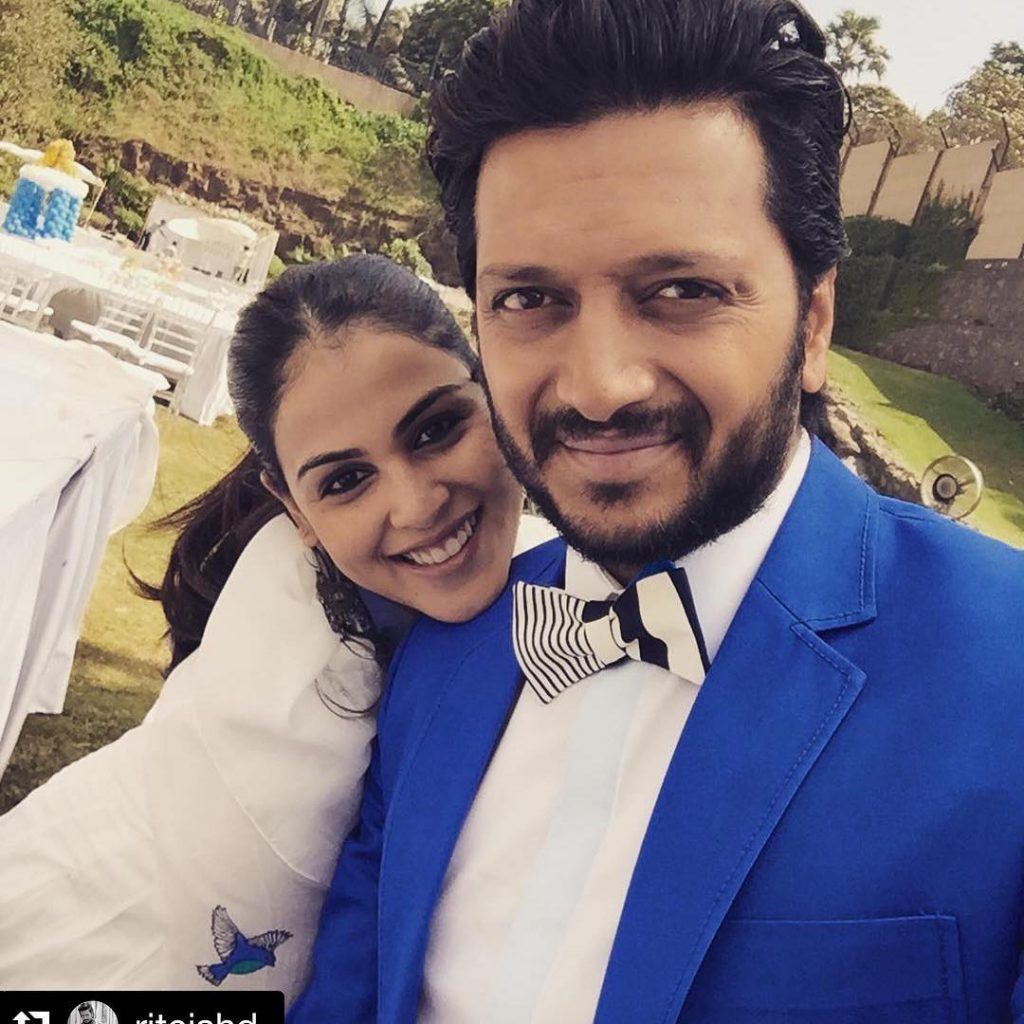 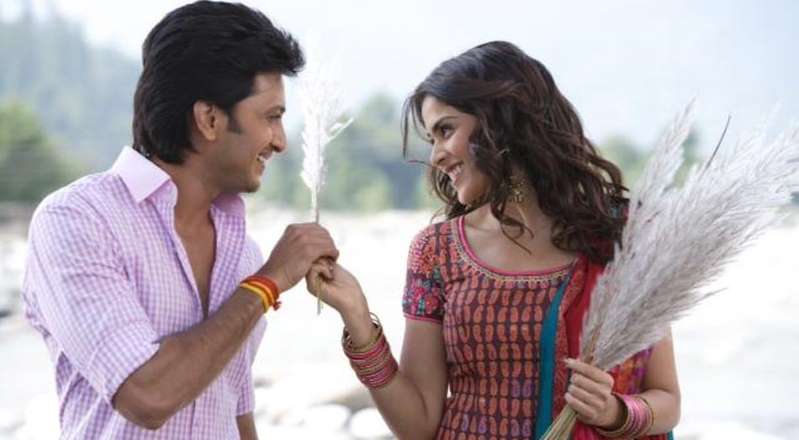 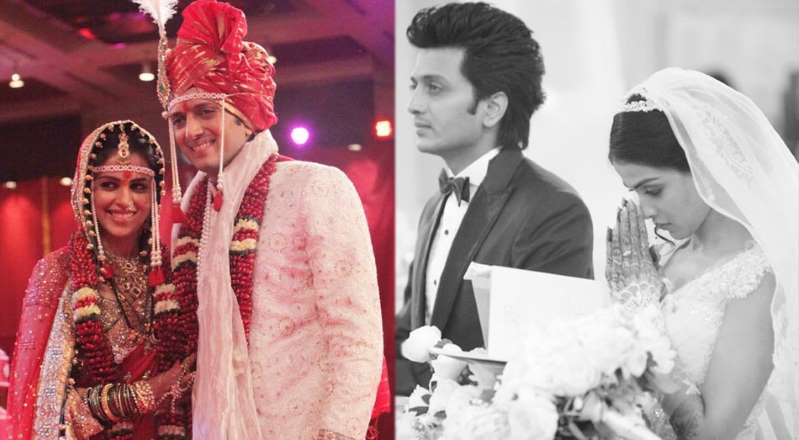 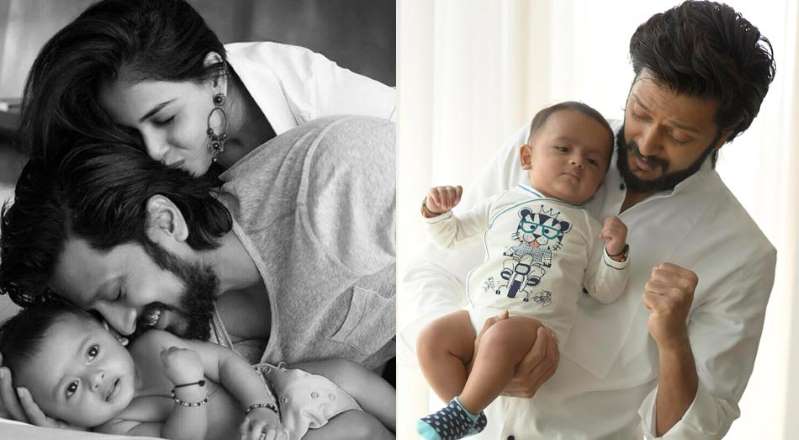 We hope you like the article. You can write your thoughts in the comments below.