Nyla Jafferi was absolutely flawless in tonight’s episode; I could relate to Ruqqaiya’s growing fears more than anything else in the play today. If I compare Rubina Ashraf and Nyla Jafferi in this particular drama then Nyla Jafferi takes the lead without a doubt. Rubina Ashraf needs to change her style a little in order to make her characters stand out. I am a big fan of Rubina Ashraf but lately I have felt that the way she breathes in between her dialogues is getting repetitive. My favorite scene from tonight’s episode was the one in which Ruqqaiya is saying her prayers and she can feel the demon’s presence in the room. This scene was sheer brilliance on  part of the person behind the camera, the one guiding him and most importantly because of the superb acting by Nyla Jafferi. The amount of thinking that has gone into each of the scenes shows clearly in the play. 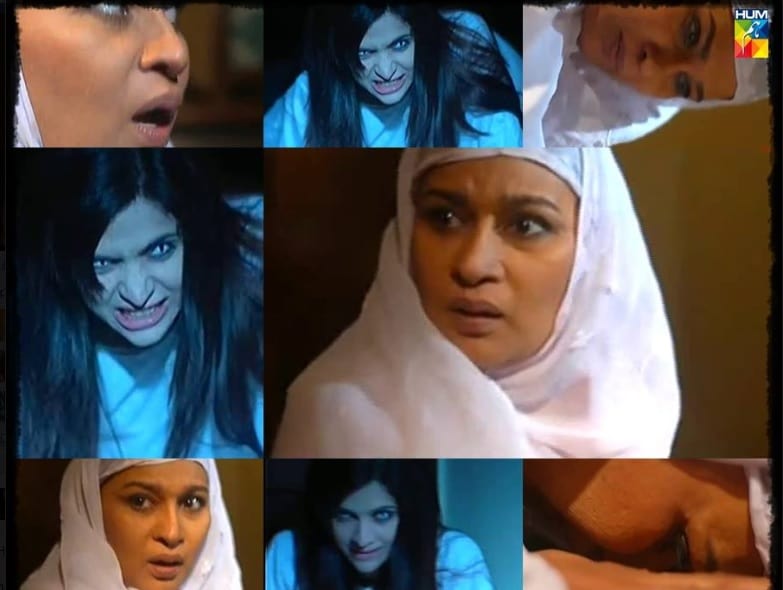 The most important development in this recent episode was that Faisal finally gets convinced that Mehr is possessed. The demon does not speak or act through Mehr now but it has an existence of its own. It is only getting stronger and will perish anyone who tries to harm it in any way. Shamoon Abbasi portrayed Faisal’s confusion and fear very well. The way Faisal gets convinced of paranormal activity was sheer brilliance too. The only thing that I find missing in the play is that the demon doesn’t actually do anything to harm the people in the house. It does not even destroy things but just scares people. Usually such creatures are very determined and they want something in particular that is why they show themselves to people. In this case the ultimate goal maybe to get Mehr divorced. 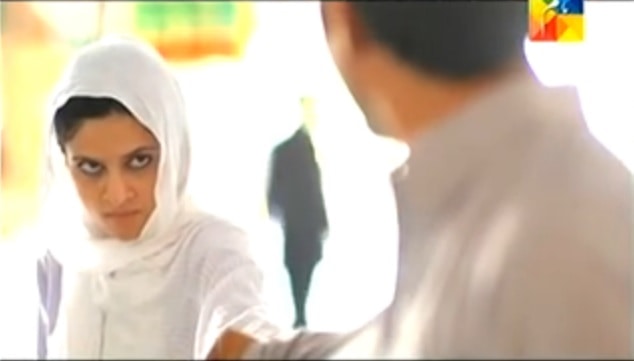 Mehr’s brother decides to take her to the mazar again so that the could once again seek help from the person who helped them befor eonly to know that he had died. The demon confesses to the crime and that makes Mehr’s mother even more concerned. Arij Fatima has proved in this play that she is not just another pretty face but she is talented as well brave enough to opt for such a difficult character. 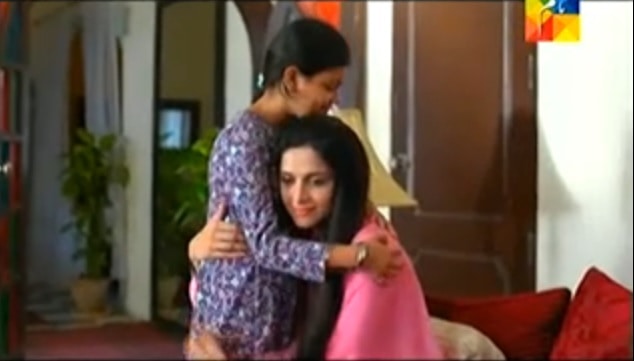 Ruqqaiya decides that the best way to get out of this difficult situation is that Faisal leaves Mehr because she thinks that Mehr and her mother are involved in black magic. Ruqqaiya and Faisal’s conversation was also very nicely written and directed. Ruqqaiya’s friend is taking advantage of the situation and minting money out of her. The actress playing Surraiya always plays these kid of roles, she is the official trouble maker of our drama industry now!

The scene in the car when Faisal is driving Saba and Mehr back home could conveniently be shorter. The purpose of the scene was to show Faisal’s state of mind which was something that could have easily been done in a much shorter scene. The ending suggested that Faisal has finally decided to something about the situation but I couldn’t help but think that leaving his family alone at that time was not the wisest thing to do! the preview of the next episode showed that the demon is taking things to the next level and Faisal decides to find out more about Mehr’s state. 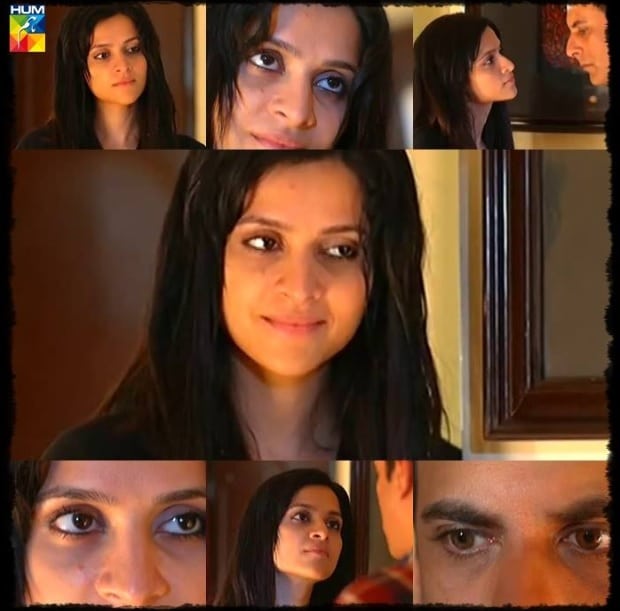 Woh has been a very engaging play till now. It has its flaws but it has definitely managed to serve the purpose. It has the right amount of horror and drama in it. The story is convincing and entertaining, the direction and camera work are very impressive most of the times and the acting is worth raving about over and over again. 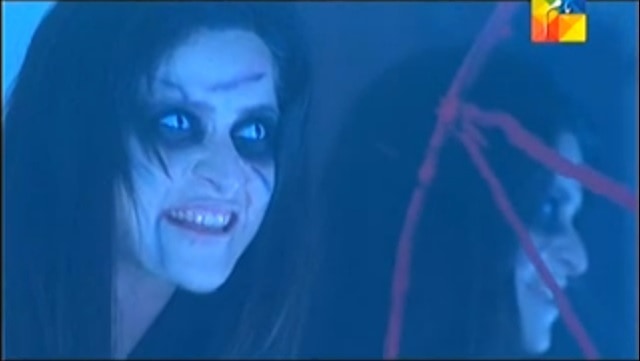 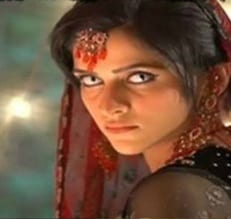