Yellowstone is an American television series that started in 2018 and went on to have three seasons. The third season of the series ended in August 2020 and there has been news that there will a fourth season as well, it is most likely to go on air in 2021. The series was liked by the viewers because of its novel premises and cast. Yellowstone’s main plot revolves around a ranching family residing in Montana that is in a constant face-off against others who are encroaching on their land. The fact that Yellowstone cast had big names such as Kevin Costner, Luke Grimes, and Wes Bentley definitely added to the appeal of this show. Yellowstone’s script was also loved by the critics and the public in general. There were however times when certain scenarios did not work for the viewers at all and the series came under criticism. The scenic beauty of the locations was another aspect that was liked by many. Watching Kevin Costner perform in a television series was a treat itself especially because he was so invested in it.

Here are some interesting facts about the Yellowstone cast and their pictures from real life in 2020. This article will also give you an insight into the thoughts of the actors regarding the series itself.

Kevin Costner needs absolutely no introduction, he is an American actor, director, and producer who has won the top awards for his outstanding skills in all these fields. In his vast career, Kevin Costner has been honored with two Academy Awards, two Golden Globe Awards, a Primetime Emmy Award, and two Screen Actors Guild Awards. He has even tried his hand at singing, he is also really passionate about baseball and even with his busy schedule he still finds time for philanthropy. Kevin Costner got married three times. He has seven children from different relationships. He has been conferred with many honors due to the kind of work he has done over the years. He is also one of those few celebrities who are also politically active. Talking about the series itself Kevin said in an interview, “When I read it (the script) it had a lot of gold dust on it.” In the future, Kevin would like to direct ‘a turn of the century Western wearing six-guns’ kind of a series.

Luke Grimes is an American actor who got more popularity from the film American Sniper and the film series Fifty Shades than everything else he has done in his career. He started his acting career in 2006 and it has been going strong since then. When Luke Grimes read the script for Yellowstone he knew “he would fight tooth and nail to be a part of it”. Working in the film has been a dream come true for Luke. He had to learn to ride a horse in order to make everything look more real on-screen, before this he had never tried riding a horse. Luke Grimes is married to model Bianca Rodrigues since 2018. 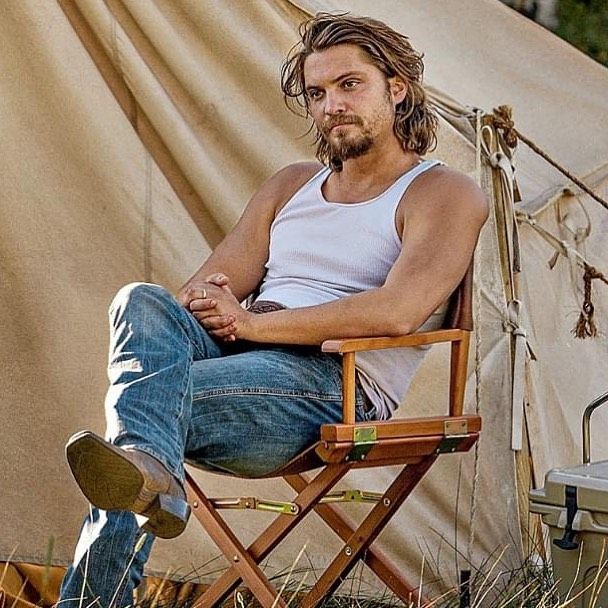 Kelly Reilly is also playing a leading role in the series which has always managed to transform its audience to another world. She is an English actress whose career started in 1995. Her on-screen relationship with co-actor Cole Hauser in the series has been the center of attention ever since it started. Kelly gives the credit to the writer who has penned down these characters and the relationship in a complex yet appealing manner. Working in the series and with Cole Hauser has been an extraordinary journey for Kelly. She dated Kyle Baugher starting 2010, then, Kyle went down on one knee and proposed to her two years later. They got married and are living a happy life together. Kelly Reilly has bipolar disorder which is why she thought a great deal before being part of ABC’S Black Box, in which she played the role of a neuroscientist who suffers from bipolar disorder. After being part of the series, she shared her views saying, “There is still a lot of shame attached to mental disease, and it’s something that is biological, so there should be a lot more open-mindedness…this show can only be a good thing.” 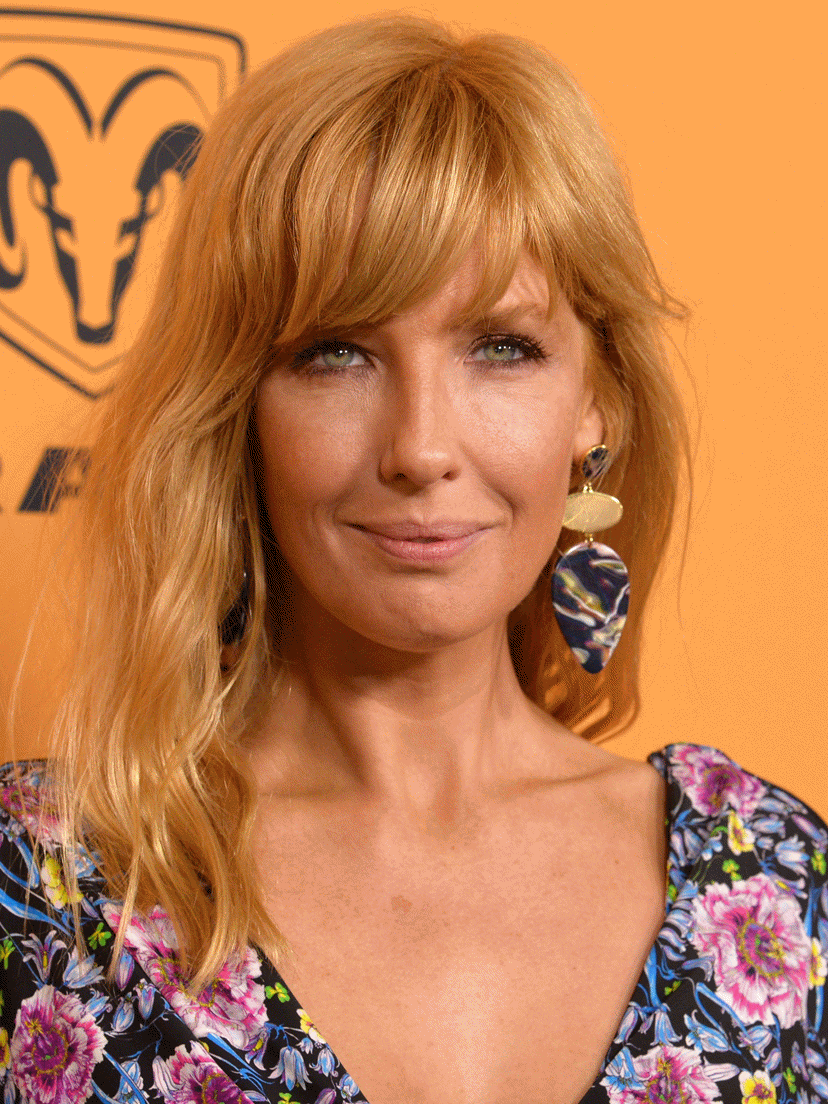 Wes Bentley is an American actor who is well-known for his roles in popular films such as American Beauty, The Hunger Games, Interstellar, and Mission: Impossible – Fallout. He has always chosen to experiment with different genres therefore it does not come as a surprise that he was chosen to play one of the main leads in the series Yellowstone. Just like all the other cast members of the series, Wes too was most impressed by the quality of the script when he was approached for the role. Wes Bentley made his first screen appearance in Jonathan Demme’s Beloved. He has openly talked about his drug addiction and how the acting profession was only a means to earn money for the drugs. He has also talked about how hard he has been working over the years to break free from the addiction. 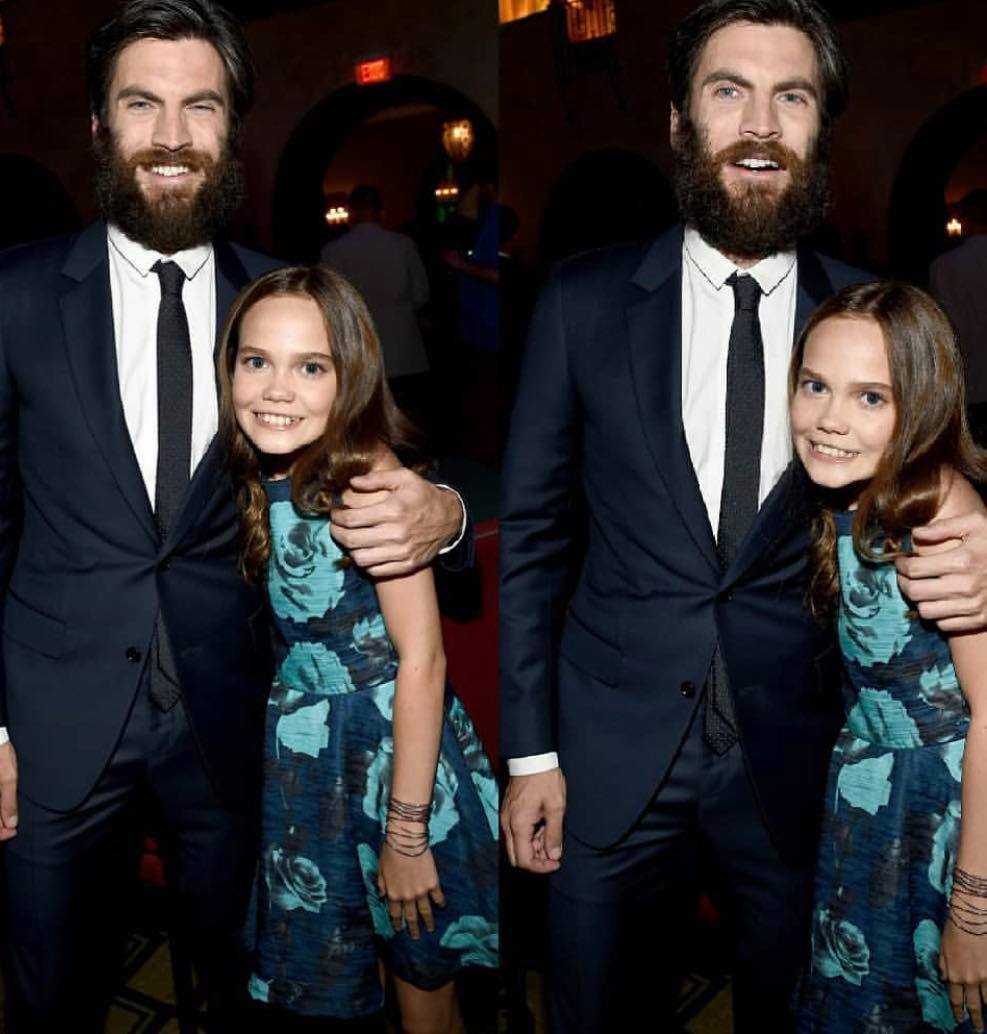 Cole Hauser (Cole Kenneth Hauser) is an American actor who started his acting career in 1992. He started his career with some of those actors who are the biggest names in the industry right now. Matt Damon, Chris O’Donnell, Brendan Fraser, and Ben Affleck were the actors with whom Cole Hauser started his career and all of them ended up being big stars. He is married to the former actress and photographer Cynthia Daniel and they have three children; two sons and a daughter. Talking about his perspective regarding acting he once said, “My belief is that if I can achieve that level of entertainment by making the audience happy or sad or angry, then I have succeeded as an actor and have done my job. The profits and fame as an actor will eventually surface, but first and foremost comes the work as an actor.”

American actress Kelsey Chow made her first television appearance in 2005. She had already been performing in the community theatre and had solid acting skills because of that experience. She has starred in many films, television series, and music videos. Kelsey is 29 years old and currently, she is dating British actor William Moseley since 2012. Kelsey started performing because she loved it, she was never thinking about the career or the future. Her pure dedication and talent got her as far as she is today. Talking about her future plans she shared in an interview, “I definitely want to study global health. Right now I’m working on all the prerequisite core curriculum that Columbia has. So getting all of that out of the way. And I definitely want to pursue something along the lines of public health.”

Gil Birmingham is an award-winning American actor who has worked in more than sixty television and film productions. His performance and character in the film Wind River were loved by the critics and viewers alike. He is also an accomplished guitar player and singer. Gil had performed for his fans on different occasions with his blues/rock style. He is really thankful for his fans and is continuously acknowledging how much their support means to him. Directors love working with him because of his great acting skills and dedication.

Brecken Merrill is a twelve years old actor who has won the viewers over with his performance in the series Yellowstone. Brecken is a Seattle Seahawks fan. His acting in Yellowstone is so outstanding that he has made the viewers cry with him multiple times. He is one of the most loved actors and characters from the Yellowstone cast. He also appeared as Emmett in We All Got Up To Dance. Although he is so young, he understands his character in the series and has done complete justice to it.

Daniel Sallis Huston needs absolutely no introduction since his brilliant performances spanning over decades to speak for themselves. He is an exceptional American actor, writer, and director. He has a long list of impressive credentials with work in films and on television. He has won the most prestigious awards and has been nominated for others. Danny Huston was married twice and both these marriages ended. According to Danny Huston himself, he started as a director and ‘just fell upon acting’. His family has been in the film business for many years. He loves playing villainous roles but the kind of bad men who don’t know that they are bad.

Denim Richards was the perfect choice for playing Colby’s role since he could already ride a horse and sing. Denim realized he wanted to perform when he was as young as six years old. Working with Kevin Costner was something he had never imagined would happen, this was once in a lifetime opportunity for him therefore he instantly said yes. Talking about shooting in a small town, Denim shared in an interview, “Every night, the ‘Yellowstone’ actors get together, make a bonfire by the lake, share stories, and look at the stars. We get to live this very simple lifestyle while also living out our dream of acting, which is amazing and hard to do in California. It’s usually just one or the other. That’s what makes all of this a dream come true.”

Have you been watching this series? Who is your favorite actor among the Yellowstone cast? Share your views.