All the sweet rules set to avoid misunderstandings flew straight out of the window along with the romance that happened in the last few episodes. So Zaroon has forgotten his rules completely. He has stopped talking to his wife and is walking away from her, instead of facing the issue bothering him. Poor Kashaf has moved bag and baggage to her new home, and has been welcomed with cold shoulder. She has been accused of not telling Zaroon about Usama’s proposal to her. Never mind, that when she sensed he was preoccupied after meeting Asmara that he never bothered to tell her the truth. Zaroon clearly has double standards even now. The way Osama mentioned the proposal was actually quite annoying-doesn’t he have an ounce of self respect even?

All his double standards have come right back to stare at us in the face. And it does seem that Kashaf is not going to humour him at all. It also seems he is seeking a bit of attention by throwing his tantrums.  Kashaf is very clear on her stance and expectations in the marriage, and is consistently sticking to them. Zaroon told her what was troubling him, she answered his questions, but he still chose to hold on to his getting upset. Kashaf is taking that as him suspecting her, and this is not helping the situation. 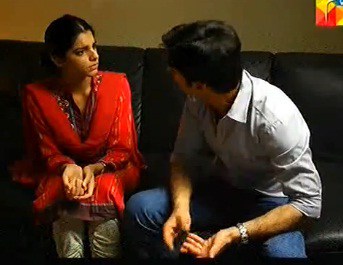 But then this is what lack of communication does in any relationship. No words are exchanged and each partner draws one’s own conclusion, and matters get much worse than what it should. 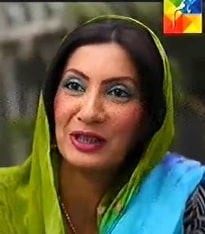 Nigaar’s visit to Rafia’s house didn’t seem genuine to me. It seems she had an ulterior motive of getting her daughters a good proposal. Nigaar is a hopeless case and today she proved it, people like her will do anything to get things done from other people and by the way what was with the ugly eyes shadow lol.

Sara decided to tie the knot in this episode with someone she has known for a very long time and who is very conservative. Sara kept on insisting she could easily adjust with such a man while her mother begged to differ. Sara has learned to compromise and does not think twice before judging her mother. To be told by ones child that one’s marriage is not a good one, is very hurtful, I’m sure, and Ghazala expressed the pain she experienced as an outcome of those conversations. From the beginning, her character has been vague, indicating more often than not that she has not been a good mother, and today, this part of the story was validated clearly.

As with all stories, we all pick up what is relevant to us, or what catches our attention, based on our thoughts and experiences. And therefore it is not fair to judge this episode for all the numerous scenes that were put together.

Every character other than Murtaza was present today. There were a lot of discrepancies in the direction and storyline. I leave it to you to pick what is relevant or not.

The next episode had a trailer or a conversation between Zaroon and Kashaf. It almost looked like banter to me. Apparently there are 3 more episodes to go. Lets hope that everything is wrapped up nicely in the upcoming episodes. Fawad Khan and Sanam Saeed were great in this episode but the storyline and direction failed to impress. Why was Kashaf going to visit Sidra when Sidra already left for the US in the last episode? Do you think that the Zaroon made a mountain out of a mole hill and that he still has double standards? Please share your thoughts would love to hear from you.

I am covering for Fatima this week; she will be back next week.