The best thing about his finale was that I felt for Kashaf, although I thought that I will never feel for her again. The wonderful aspect of the episode was ke Kashf ki zindagi bhi ab gulzar hai – how it happened? Solely because of Zaroon’s positive influence in her life and of course because love can do the impossible; something that I strongly believe in. Deep down all Kashaf wanted was a man in her life who will convince her of his love and make her believe that there is a God up there who has some wonderful things in store for ungrateful people like Kashaf too. I wish though that this change was shown to us in bits and pieces in the past few episodes and not “narrated” to the viewers in the last few minutes of the final episode. There were definitely a lot of loose ends and overall this last episode wasn’t exactly satisfying.

I am sure many people out there, like me, were expecting this episode to be as much about addressing Zaroon’s double standards as it was going to be about Kashaf being grateful and realizing how wrong she had been all these years. Zaroon’s double standards were completely left unaddressed. No one laid down the rules this time around so I am quite unsure whether it is okay for Zaroon to meet Asmara or not!! And if he can meet his ex fiancé then can Kashaf keep things from him too?

I agree that most of the minor issues between couples do not turn into bigger misunderstandings if there is good communication between the two. The later part of the episode clearly suggested that Zaroon and Kashaf have bridged the communication gap that existed between the two. Kashaf takes a step forward, swallows her pride and calls Zaroon, primarily because she does not want her daughters to grow up without a father and she does not want to lead the kind of life her mother lead. This may have been the main reason for Kashaf calling Zaroon but it was quite evident that despite of their immature statements and acts (changing the names on the phones) these two cannot live without each other, they make each other complete and this is most certainly the most apt reason for any two people to be together. Zaroon does say in the end that he had the perfect life; a home, wife and wonderful kids, which made me wonder that he always loved Kashaf and had faith in her but there were still misunderstandings between the two often enough  – does that mean that all along it was Kashaf alone who needed to change her ways? Yes, I agree Kashaf needed to change, we all agree on that but to say that Zaroon was perfect all along would be so wrong too. But then it is also true that marriage is not the union of a perfect man with a perfect woman but in our society it is the union of an imperfect man and a perfect woman:) 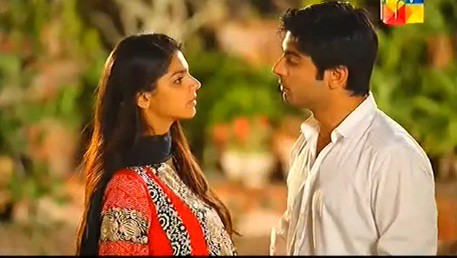 I think there was absolutely no need to show the meeting between Zaroon and Asmara. It just went to show that Zaroon did not feel any remorse at all and the entire conversation made no sense to me. Maybe, I missed out on something; it’ll be nice if someone who found this scene relevant in any way to explain to me please that why it was there at all. Mehreen Raheel needs to stop playing the “friend” who is always there to lend a shoulder to cry on whenever Fawad Khan is having issues with his leading ladies; first Dastaan, then Ashk and now Zindagi Gulzar Hai. I hope it ends here! Another scene, which I thought was prolonged for no reason was the HR presentation one, the presentation went on for too long, at least that is how I felt. 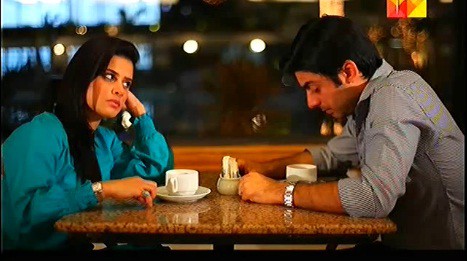 Today’s episode had some beautiful dialogues and to me the main message of this finale was as Rafia pointed out “Mohabat mei koi hisab nahi hota, koi ana nahi hoti”. Zaroon comes flying to Kashaf when she calls him, he forgets everything because despite of all their minor problems between them he knows that he wants Kashaf in his life. That was the favorite scene of tonight’s episode for me when Zaroon surprises Kashaf and Kashaf thinks it is a dream – surely dreams do come true. Kashaf finally tells Zaroon how much she loves him because she knows now how important it is to express one’s feelings, another lesson very well learned.

Zindagi Gulzar Hai was perfect in terms of good acting right from day one; all the actors did a commendable job and the person who chose these actors for the respective roles deserves a lot of appreciation. The concept behind Zindagi Gulzar Hai was great but somehow it was lost mainly due to flawed direction and bad editing. If Zindagi Gulzar Hai was an 18 – 20 episodes serial which focused on no more than a couple of tracks and issues, it would have been perfect. Like all Umera Ahmed plays it had some memorable dialogues to its credit. But the best thing about this whole show was the discussions we all had here. Last but not the least, a big thank you from the bottom of my heart, to all those who followed the reviews every week and took time out to comment. The Zindagi Gulzar Hai experience wouldn’t have been the same without all of you, I am honestly going to miss our discussions more than anything else. 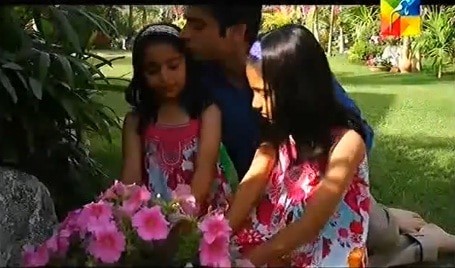