With the lockdown in place in most of the countries, a lot of Pakistanis are confined to their houses for an indefinite period of time. All of us have a lot of time to self-reflect, pray and entertain ourselves. This is the perfect time to watch all those Pakistani dramas which are the best but somehow you did not get to watch them. These dramas are easily available online therefore watching them would be the perfect pass-time for all those people who don’t know how to keep themselves entertained in lockdown. The best part is that most of these dramas can be watched with family as well.

We all lead a busy life and there isn’t always time to catch up with the dramas reviewit has recommended over the years therefore here is the perfect list of Pakistani dramas that are worth watching. Even if you have watched these dramas before, tune into them once again and ask your friends to watch them too. We guarantee you after watching them, you will have plenty of fun things to discuss!

Although Alif Noon is a really old play from the 1960s, the beauty of this play lies in the fact that it is as relevant today as it was back then. The exquisiteness of this drama lies in its simple but appealing characters. The best thing is that every episode offers something new. Alif Noon will make you laugh and you will be able to relate to the satire as well. It is available online so go watch!

This drama had the biggest and the wisest minds behind it therefore it remains a classic even now. Ankahi revolves around one of the most appealing female characters Pakistani drama fans have seen on screen played wonderfully by Shehnaz Sheikh. The star cast and an engaging story make this drama a must-watch. There was a time when Ankahi was not available online but now it is, therefore, don’t miss out on it and watch it.

Tanhaiyan is an evergreen play that we recommend you watch with your mother or grandmother. This drama will give you so much to laugh and cry about. It is a rollercoaster ride that will keep you looking forward to more throughout. Only after watching a couple of episodes, you will feel like you are part of a fun and crazy family. This drama will make you fall in love with it over and over again. It will provide you the best family entertainment.

If you enjoyed watching Yakeen Ka Safar, you will love Dhoop Kinare as well. Yakeen Ka Safar was modern-day Dhoop Kinare. The original drama is much more simple in terms of production values but it has some of the most amazing characters with meaningful stories. It shows how everyone carries baggage with them. The main leads are doctors who try their best to fulfill their duties despite the challenges they face in life.

Did you enjoy watching Ehd-e-Wafa? Well, you will like Dhuwan even more! It is a story of friendship, commitment and patriotism all rolled into one. Those of us who watched it so many years back when it aired, remember some of the iconic scenes even today. Dhuwan’s plot is completely different from all the other dramas and the story tugs at your heartstrings. If you have already watched this drama, we recommend you watch it one more time. 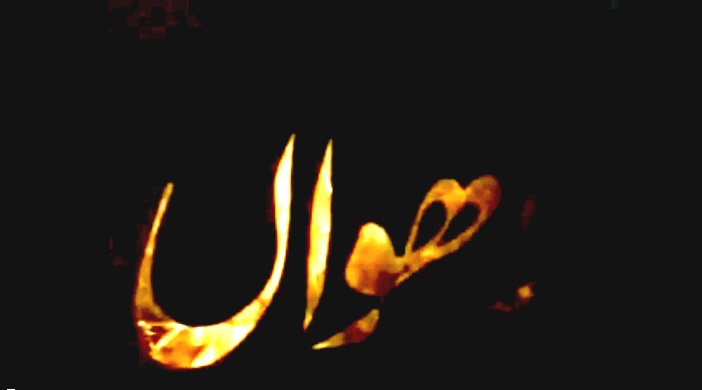 Alpha Bravi Charlie is a masterpiece. This is the kind of drama which stays with you long after you are done watching it. It is inspiring and entertaining. Ehd-e-Wafa was continuously compared to Alpha Bravo Charlie and you need to watch this one to find out why. Alpha Bravo Charlie is another classic drama that can be watched with friends, online of course! You can even watch it with your grown-up children or your parents. It is absolute family entertainment.

Doraha has the best performances and a simple story is done right. Doraha will remind you of the good old days when drama makes relied more on substance and less on OSTs! The overall treatment given to this drama is perfect throughout. Even in the most chaotic of scenarios, there is a certain calm in every situation. The good news is that Doraha is easily available online in a good print.

Meri Zaat Zara e Benishan was the first drama of its kind and later on, this story was copied by so many writers. This drama showed how one woman’s faith in Allah and her pure resilience got her through life successfully. This is another drama which has the best performances and a script which will keep you glued to your screens. All we can say is that an original concept is always better than a copy! You must watch this one to find out what we are talking about. 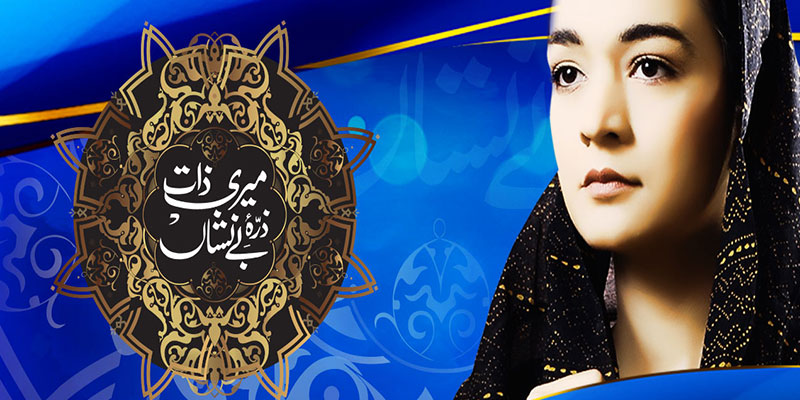 The Baraat Series titled Kis Ki Aye Gi Barat is one of the most entertaining Pakistani series which has 4 seasons. Each one of these seasons covers the marriage of one of the characters and all us desis can relate to these series on some level. This series will make you laugh throughout and at the same time, it will give you plenty to get emotional about as well.

Daam is one of the best dramas of the past two decades which had enough going for it to keep anyone entertained for hours. Daam is the story of relationships, friendship and deceit remarkably penned down and presented on screen by the best people in the business. 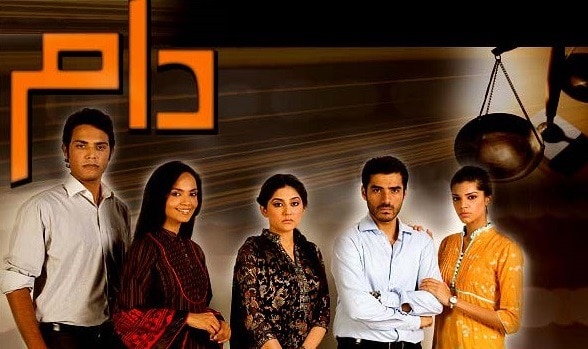 If HUM’s Aangan did not live up to your expectations then tune in to Dastan which will surely not disappoint. It is a rather heavy-duty drama that depicts the hardships and sacrifices of people during the Indo-Pak partition. This drama will leave you teary-eyed while it takes you on an unforgettable journey.

Qaid-e-Tanhai is another drama that focuses entirely on relationships and shows how one misunderstanding can ruin the lives of so many people. The story revolves around a lie, betrayal, and mistrust which changes everything for an ideal couple. This is when Savera Nadeem and Faysal Qureshi’s couple became a hit, watch it for them and for all the other superb performers in this drama. 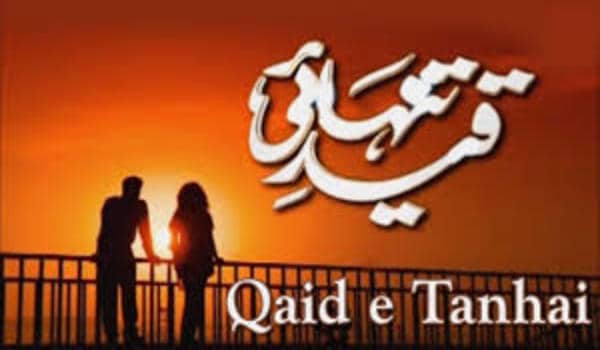 Hamsafar is considered the most iconic drama of its kind. Mahira Khan and Fawad Khan’s most popular on-screen couple took off from this drama. Even though the story is clichéd but it is fast-paced and will keep you entertained.

If you love Umera Ahmed’s dialogues then Durr-e-Shehwar will be an absolute treat for you. This drama highlights the trials of a young couple without involving an extramarital affair or a misunderstanding. Watch it for its soul-stirring dialogues and remarkable performances. 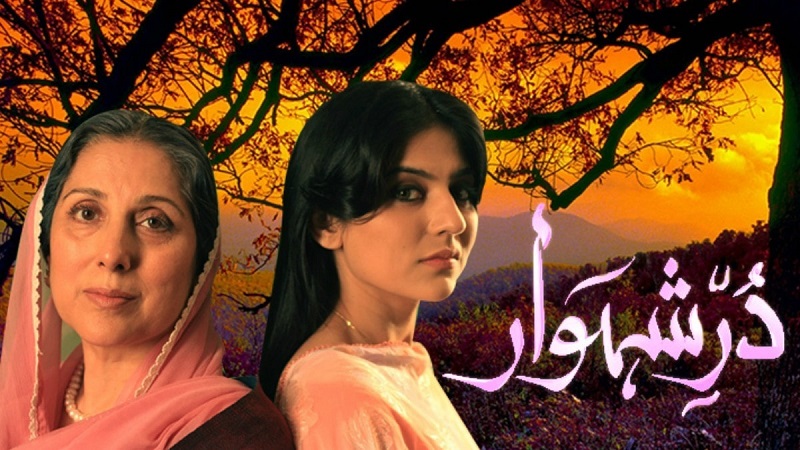 If you are a die-hard fan of romantic stories then this one if a must-watch for you. Pyare Afzal has those deep and meaningful dialogues which Khalil-ur-Rehman Qamar is most famous for. It also has the most emotional scenes to its credit. A love story which is sure to keep you engaged, this one is a must watch too!

Digest Writer was lauded by the viewers for a realistic script, characters which viewers had absolutely no problem connecting to and direction which did complete justice to the script. Digest writer was the story of the personal struggles of a scriptwriter. The perfect execution of the drama won the hearts of many. People who were sick and tired of watching the same old stories welcome this drama. Do watch this one!

Diyar-e-Dil is sure to entice you because of its breathtaking locations and a very happening first episode. Gradually you will find yourself falling in love with the characters which were intriguing and unforgettable. Abid Ali’s brilliant performance along with Osman Khalid Butt and Maya Ali’s on-screen chemistry will make you fall in love with the Aunn Zara jodi once again. You are sure to establish an emotional connection with the characters while watching this one, therefore, don’t miss it.

The original series and the sequel both are definitely worth a watch. Khuda aur Mohabbat is not just another love story but it is a love story with a bigger purpose. This drama will take you on an unforgettable ride.

Yakeen Ka Safar is Dhoop Kinare of modern times with people’s all-time favorite on-screen and real-life couple Ahad Raza Mir and Sajal Aly playing the lead in the drama. This drama has a great deal to offer with multiple tracks. It is not to be missed.

Dumpukht has a powerful script, an unpredictable storyline and was definitely the kind of drama that keeps the viewers hooked to their television screens. It was also one of those dramas in which all the actors gave phenomenal performances. This one deserves to be watched.

Dillagi is the best love story of all time. It has the most amazing characters and some of the most outstanding dialogues. Humayun Saeed and Mehwish Hayat’s on-screen couple has never looked so good together. Dillagi will surely keep you entertained throughout. Don’t miss it!

ARY Digital’s Aangan is the kind of modern-day family drama that everyone in the household can relate to on some level. Watch this one with your family and you will have the best time. The characters and happenings are close to reality and at the same time, Aangan is entertaining.

Ranjha Ranjha Kardi is hands down one of the most well-written, brilliantly acted out and superbly executed dramas of recent times. This drama set the bar so high that many of the viewers who followed it religiously, couldn’t help but compare every good drama and performance with it. Ranjha Ranjha Kardi’s story is unusual, intriguing as well as thoroughly entertaining. If you haven’t watched this one, make sure you watch it now.

Drama serial Alif recently ended and if you haven’t watched it yet then this is the ideal time to tune into it. It will take you on a soulful journey and you will feel completely lost in the world which the makers so carefully knitted for the viewers.

Ehd-e-Wafa is another drama that recently ended and if you did not tune in to this one yet, this is the ideal time for it. Ehd-e-Wafa is emotional, entertaining and unpredictable right till the end. Once it takes off, there is no looking back. It will give you some of the most memorable male and female characters. It is an engaging and meaningful drama that should not be missed.

Which drama serials will you be watching to keep yourself entertained? Feel free to add more names to the list.