This week’s episode was way better than the previous one. The story has finally progressed and we saw a quick wedding of Maira and Shahab, and the behavior of all the members of the family towards Maira. The two Bibi’s were the only people who gave her a heart-warming welcome. Maira finally saw the trailer of what happens with the people who go against Badi Sarkar’s wishes. What surprised me the most was Yasmeen’s behavior; it is understandable that it must be really hard for her to see Shahab with his second wife, but gifting Maira white clothes and predicting a same fate for her as her own was not right in my opinion

Shahab is a very calm and patient person and seeing him slapping Yasmeen was a big shock for me. But Yasmeen words were plain cruel and maybe anyone would have reacted in the same way. She pushed Shahab away from herself when Shahab did not want that, and now she cannot bear to see him with anyone else. Shahab tried his best to stand up for his wife but he became helpless in front of Badi Sarkar. He has tried to go against Badi Sarkar many times in the past too for his Bibis but Badi Sarkar listens to nobody, not even her husband.

Peer Jalal keeps away from the matters of the haveli and they are left to Badi Sarkar. Shahab is always left disappointed when he fails to convince Badi Sarkar and complains to his father about the situation, who in turn advices him to compromise instead of trying to reason with Badi Sarkar. In this episode when he complained about Badi Sarkar’s treatment with Maira, Peer Jalal told him not to give the matter so much importance as it is best left to the women of the house. Women are simply a shugal for Peer Jalal and the only advice he ever has for his son is to give absolutely no importance to women. Sometimes I wonder how Shahab can be the son of Badi Sarkar and Peer Jalal; he is the complete opposite of them both. Their way of thinking and mindset has never influenced him and he respects every person in the family. 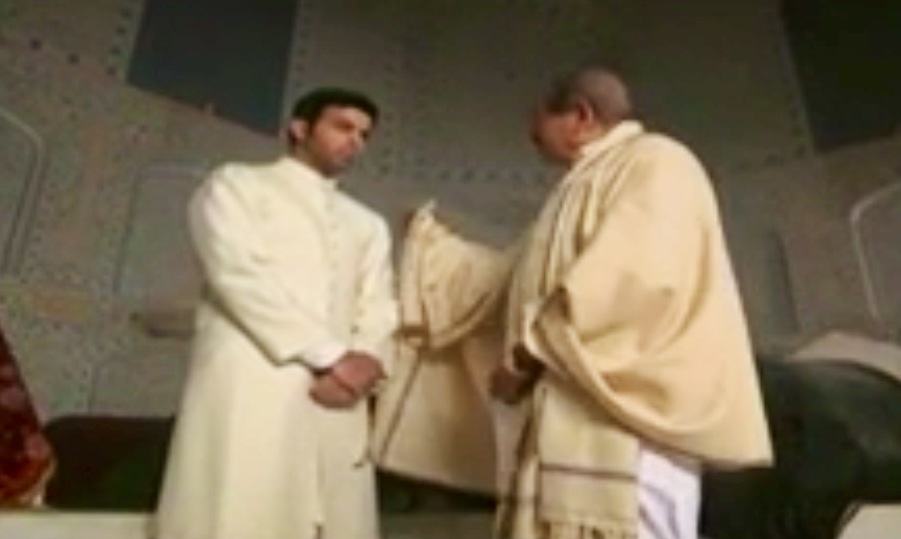 I absolutely loved the chemistry between Maira and Shahab. The scene where he takes her hand and brings her inside the haveli with all the respect she deserves was one of my favorite scenes in the episode. Their sizzling chemistry was evident from the few scenes they had together in this episode. Another scene which I loved was the one in which Shahab rudely tells Fatima to sit at the back and politely asks Maira to come sit in the front with him in the car. He showed Fatima her place by doing this and she was highly offended by his rude behavior. She is surely going to take revenge from Maira for her humiliation in the near future.

Fatima’s head is always on the seventh sky because she is regarded by Badi Sarkar as the asli bahu of the haveli. I was completely shocked by the way she grabbed Shahab’s hand and practically dragged him to the car and that too in front of everyone! In her mind, she is already the real bahu of the haveli which makes her think that she has a right to do anything she likes.

Shahab showed how much he respects the Bibis when he took Maira to their room first instead of Badi Sarkars’. For him, Bibi’s dua’s were more important to him than his own mothers’. He was even upset that they did not come outside to greet Maira. Amna was once again hilarious in her scene where she gives the sukoon ki tablets to Maira as a gift. Her scenes always make me laugh out loud!

Overall the episode was entertaining and now we will get to see how Maira would adjust herself in the haveli. Shahab will always try to support her in all situations, and judging from the preview of the next episode he will also prove to be a caring husband.

Ainie Jafferi and Noor Hassan both were brilliant in this episode. I always found both of them as weak actors, but they have finally showed improvement in this show.