Breaking Bad is an American crime television series created and produced by Vince Gilligan. The series aired from January 2008 to September 2013. Breaking Bad has 5 seasons and a total of 62 episodes. The series received positive reviews during the first season but its viewership increased when the show made it to Netflix. It also got a mention in the Guinness Book of World Record 2013 as the most critically acclaimed show of all time.

The story has been set in Albuquerque, New Mexico, and revolves around the life of Walter White (Bryan Cranston) a high school chemistry teacher who finds out about his stage-three lung cancer. He turns to the life of crime and partners his former student Jesse Pinkman (Aaron Paul) to produce and distribute crystallized methamphetamine, in order to secure his family’s future. This fresh theme of the series made it intriguing for the viewers to watch, hence making it one of the most popular shows ever produced and watched all over.

Here are the pictures of the star cast of Breaking Bad in real life:

Bryan Lee Cranston, born on March 7 1956 is an American actor, director, producer, and screenwriter. He is best known for his role as Walter White in Breaking Bad, which aired from 2008 to 2013. His performance is deemed as one of the best in the history of television, making him a winner of the Emmy Award. He started his career in 1980 doing minor roles and advertisements. Before that, he worked odd jobs until he got a breakthrough and pursued his passion for acting. He has also directed a few episodes of Breaking Bad. His daughter Taylor Dearden Cranston is also an actress and she also played a minor role in Breaking Bad.

Aaron Paul Sturtevant, born on August 27 1979 is an American actor and producer. He is known for playing the role of Jesse Pinkman in Breaking Bad. He received many accolades for his performance in the series which brought him international fame and a lot of success. In 1996, Aaron Paul went to the International Modeling and Talent Association competition in Los Angeles. He won as a runner up and was signed with a manager. He then started appearing in music videos and advertisements. His breakthrough role was in Big Love in which he appeared multiple times. In 2012, he was engaged to Lauren Parsekian, the two met at Coachella Festival. The couple had their first child in February 2018. He along with his family lives in Idaho.

Anna Gunn, born on August 11, 1968, is an American actress. She is best known for playing the role of Skyler White in Breaking Bad. She attended Northwestern University and majored in theater, graduating in 1990. She then started her acting career in 1992 and got to appear in many hit television shows such as Seinfeld, Murder One, and The Practice. After Breaking Bad, she continued with her work and did many movies and television and Netflix shows. She got married to Alastair Duncan in 1990 and got divorced in 2009. She is a mother to two girls. 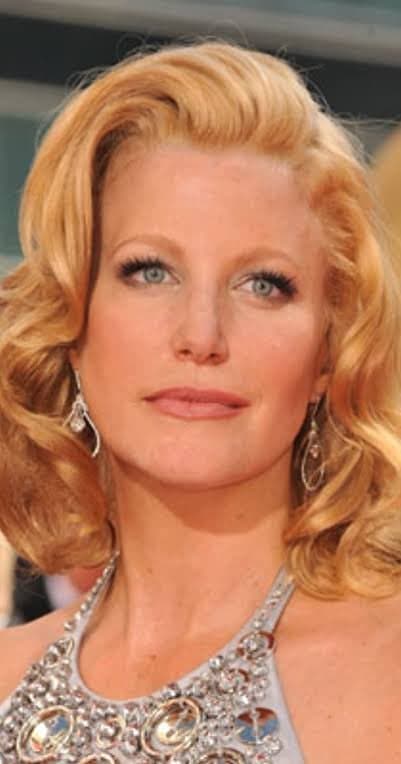 Dean Joseph Noris, born on April 8, 1962, is an American actor. He is best known for his role as Drug Enforcement Administration Agent Hank Schrader in Breaking Bad. He has appeared in many popular movies such as Lethal Weapon 2, Hard To Kill, The Cell, Little Miss Sunshine. Dear graduated from Clay High School in 1981 and was a Straight-A student. He also was a member of the student-produced and award-winning comedy show Beyond Our Control which aired on national TV. In 1985, he graduated from Harvard College where he studied interdisciplinary concentration of Social Studies. He and his wife Bridget live with their five children in California.

Roy Frank RJ Mitte, born on August 21, 1992, is an American actor. He is best known for playing the role of Walter Flynn White Jr. in Breaking Bad. RJ Mitte took the role in the television series Breaking Bad because the character played by him had cerebral palsy, which RJ Mitte suffers from in his real life. After moving to Hollywood, he got associated with a personal talent manager who looked out for acting opportunities for him and this is how he auditioned for Breaking Bad and got appointed. RJ Mitte was diagnosed with cerebral palsy at the age of three. He was adopted and soon after his parents separated. He was raised by his mother and became the breadwinner at the tender age of 13. He also has appeared in Hannah Montana. His breakthrough role was in Breaking Bad which got him acclaim and accolades. He has also modeled for GAP and walked the ramp for Vivienne Westwood.

Betsy Ann Brandt, born on March 14 1973 is an American actress. She has played the role of Marie Schrader in Breaking Bad. He has also played the role of Heather Huges in the sitcom Life in Pieces, which aired from 2015 to 2019. Betsy took an interest in the theater from an early age but was keener towards directing stage musicals. After winning the lead role in high school production Exit The Body, she started taking interest in acting. She started her career in 1998. She is married to UIUC graduate Grady Olsen and has two children. She gave birth to her second child while shooting for Breaking Bad.

Robert John Odenkirk, born on October 22, 1962, is an American actor, comedian, writer, director, and producer. He is known for playing the role of Saul Goodman in Breaking Bad. He has written for television shows such as Saturday Night Live and THe Ben Stiller Show. He has received many awards for his acting as well as writing skills. He started his foray into comedy writing as a radio DJ for WIDB. He has also produced and starred in Netflix original films. He is married to Naomi Yomtov and has two children. The couple tied the knot in 1997.

Jonathan Ray Banks, born on January 31, 1947, is an American actor. His first ever notable movies are Airplane, 48 Hrs, Beverly Hills Cop. He received critical acclaim for his role in Breaking Bad. He also appeared in the spin-off series Better Call Saul and sequel film El Camino: A Breaking Bad Movie. He is known for his breakthrough role in Wiseguy as Frank McPike. He has been married twice and has 3 children and one stepdaughter.

Giancarlo Giuseppe Alessandro Esposito born on April 26, 1958, is a Danish-born American actor, director, and producer. He is best known for portraying the role of Ful Fring in Breaking Bad and the prequel series Better Call Saul. He has won the Critics’ Choice award for his Supporting Role. He made his Broadway debut at the age of 8 and since then there was no looking back. He then ventured into acting and has been active ever since. He has appeared in many movies and television series over the course of his acting career. He has also been featured in music videos. Esposito married Joy McManigal in 1995; they later divorced. He has four daughters.

Charles Edward Baker, born on February 27, 1971, is an American actor, writer, and director. He has played the role of Skinny Pete in Breaking Bad. He has also had a recurring role in the television series The Blacklist. He reprised the role of Skinny Pete in the film El Camino: The Breaking Bad Movie which was released on Netflix in October 2019. He started his acting career in 1999 and began from the theater. He met his future wife Rachel at one of the theaters as well.

This concludes the list dedicated to the star cast of the popular television series Breaking Bad. If you have watched the series and have been a fan, seeing the star cast’s real-life pictures must have revived a connection with them.