The show may have gotten a bit boring after the first 8 or 9 episodes but now since the past 3 weeks, it is back on track. We got to see one shocking twist after the other; First Affan’s death then Adeel’s marriage to Zoya and then the news of the second baby. Now I must confess that I am even more hooked to the show than before because the twists are keeping the show alive and providing perfect entertainment to the viewers. Sanam Jung and Sarwat Gillani are the show stealers as they both have managed to impress me with their brilliant performance. Sarwat was never seen doing a character like this before and she has breathed life into Zoya’s character while Sanam Jung has just shocked me with her beautiful performance in her very first serial. Sorry to all Imran Abbas’s fans out there, he has done justice to his character but for me these two lovely ladies is the reason why I watch this show week after week.

This episode concentrated on showing what Silah’s character is going through, her inner turmoil, her guilt and regret. Safeena and Ahmer are two major people in her life who are helping her through this tough time. Safeena wants Silah to start over and help her in her business which she has decided to re open but Silah’s confidence has been crushed after what Adeel did to her and she does not consider herself capable of taking the responsibility of such a big task. The scene where she is shown remembering her life before marriage and all her memories with Adeel and Zehra Chachi was heart breaking to watch. Ahmer quickly rushed to her side when he saw her hysterical state and tried to console her. I absolutely loved this scene and hats off to Sanam who did an absolutely wonderful job as the scene came out perfect. 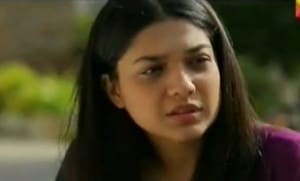 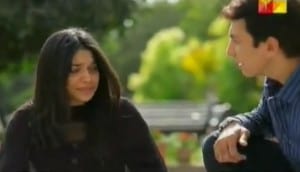 I cannot believe that Adeel was the one to patch things up with Zoya after what she had asked of him. After Zoya’s mother filed her ears that she would hold no place in Adeel’s life as long as Silah is there and told her to ask Adeel to give divorce to Silah, she actually went up to Adeel and kept her demand in front of him. Adeel got angry at her demand and tried to convince her that Silah was no longer a part of their lives but he got upset when she kept on insisting. Well, the interesting part is that he was the one who initiated the talking and gave in to Zoya’s demand to divorce Silah! What caused the drastic change in him all of a sudden? He was never this polite or kind to Silah! He never apologized to Silah because of his extra big ego but he kept his ego aside and patched things up with Zoya. That’s just great!

Only one good thing came out of Adeel’s mouth in this episode and I could not believe my ears when he said those words. He praised Silah and compared her with Zoya when Zoya complained that there was no food in the house. He told her that Silah had been there during the worst days of his life when he was jobless and not her. Zoya got angry when Adeel mentioned Silah’s name but she controlled her anger and quickly went and apologized to Adeel for her and her mother’s behavior. This made Adeel happy and their cozy moments together were just unbearable to watch! This is just the beginning Adeel, you are yet to know the real Zoya!

Sami and Nabeela’s visited Adeel’s house and the situation got very awkward for all of them when Adeel introduced Zoya as his wife. Nabeela’s lecture to Adeel was very much needed as he needed to be given a reality check. He never valued Silah’s unconditional love for him and never thought from her point of view but Nabeela’s words were very much needed at this point and I hope Adeel ponders over them.