I am speechless after watching this episode! Zoya has turned out to be such a huge disappointment as she left no chance to add fuel to the already burning fire. Adeel was already very upset with Silah because she started the job without his permission and on top of that Zoya kept filing him ears against Silah. She exaggerated things on her own and told Adeel a totally different version of what Silah had actually said and she managed to hit a sore point. She kept on telling him that Silah thinks he is not able to fulfill his responsibilities and provide for his family and he likes to laze around all day. She kept on making him aware what a big favour Silah is doing on him by working and how hard it is to manage the house and job at the same time. Adeel being the egoistic kind could not digest Silah talking about him in such a manner and his attitude towards Silah started to become harsher than before. He started being more stubborn and impractical and refused to cooperate with or support Silah in any manner. 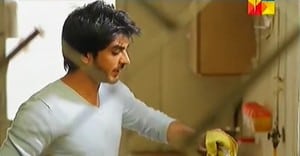 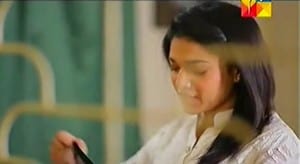 Silah on the other hand is still being utterly naive and is unable to understand Zoya’s real intentions. Sometimes even I do not understand what Zoya really wants? She seems interested in Adeel and is fascinated by the love she had seen between Silah and Adeel and I think she wants the same for herself. Zoya is also brainwashing Silah and keeps on telling her that Adeel does not care about her and Affan but Silah still has enough sense in her not to doubt Adeel’s intentions. She cares about him even after the way he is behaving with her and although she is upset with him, she does not show it. The scene where she tells him to come and eat food and he behaves childishly and refuses to eat but she still insists for him to eat shows how much she cares.

A lot of changes happened in the month after Silah’s job started. Zoya and Adeel have started to form a friendly relationship since he spends the entire day with her around. At first he used to get very irritated with her coming to his house all the time but now he does not mind and welcomes her whenever she comes. Adeel is also fine with Silah’s job now and has stopped his childish behavior. He has even started to help her out with the chores. The scene where he makes tea for her in the morning was extremely cute. I was surprised to see the drastic change in Adeel. Another scene which i loved was when Silah was going to an office party and Adeel complimented on how beautiful she was looking! Finally we got to see a normal scene between them and I was glad to see the glimpse of our old loving Adeel.

It was about time Silah realized how close Zoya and Adeel were getting by the day. She finally started noticing Adeel’s changed attitude towards Zoya and it disturbed her. Well Silah, she spends the entire day with your husband. What do you expect? It upset her to see Adeel and Zoya enjoying each other’s company so much and she became a little insecure and reluctant to leave them alone. It was about time she realized that something was not right! Zoya has created a very good impression on Adeel as he thinks she is doing everything for them without any selfish motive. Little does he know that Silah is actually paying her to take care of Affan! Zoya was reluctant to take the money at first but Silah wanted her to keep it and insisted so she kept it but on the condition that Adeel would not get to know about the money Silah is paying her.

Ahmer has turned out to be very supportive and helpful and he was the one who encouraged her the most when she needed motivation. Adeel should have been the one to motivate and support her but he was too busy whining on her doing the job! We also know a bit more about Ahmer now. Apparently his first marriage did not work out and his wife left him. The preview for next episode seems scary to me. What is wrong with Adeel? There is something cooking between Adeel and Zoya and I am curious to know what will happen next!