Bravo! Brilliant first episode! After two weeks of delay, we finally got to see the most awaited show of the season. First episodes are usually boring and slow but this episode had a very steady pace. The story is not new but it has been portrayed differently by the director and Hats off to him as his efforts have paid off and the result is beautiful. Now coming to the characters: 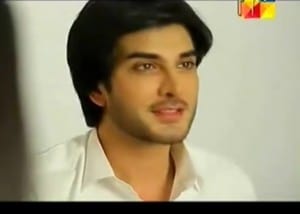 Imran Abbas plays the role of Adeel who lives with his mother in his Chacha’s house. They moved there after the demise of his father. He and his mother are treated more or less like servants by her Chacha and Chachi but they never complain as they owe them a lot. Adeel is shown as a serious guy with a 9 to 5 job and the only person he is close to is his mother. They share a very strong bond and he is always concerned about her and her constant working schedule and dislikes the way her mother is treated by the other members of the house. The only person in the house who cares about both Adeel and his mother is his cousin, Silah. 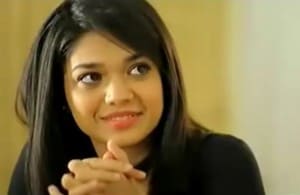 Sanam Jang plays the role of Silah who is shown as a very loving, caring and helpful character. She is the only daughter of her parents but is not shown as the typical spoil brat. She is actually the complete opposite of her parents and treats both Adeel and his mother with respect and tries to help them in every way possible. She is well aware of the insensitive nature of her parents and tries to make up to Adeel and her Chachi on their behalf. I loved the way she helped Adeel when his bike stopped working and arranged for the car. She also shares a very close bond with her Zehra Chachi (Ismat Zaidi) and helps her out with her work whenever she can get away from the prying eyes of her mother. She likes her cousin Adeel who seems unaware of her feelings. She cares about every tiny little detail related to him and the scene where she brings the cake on his birthday was one of the best scenes of the episode for me!

Saba Hameed plays the role of Safeena, Silah’s step mother. Saba has again played the same grey shaded role and is seen degrading Zehra Bhabhi in every way possible. She considers both Zehra and Adeel as a burden and leaves no chance to treat them like servants. Thankfully, we did not get to see the typical stepmother as Safeena loves Silah like her own daughter. Thank god for small mercies! I absolutely love Saba’s new look. She looks extremely fresh and young on screen with her new haircut and just the right amount of makeup. Now who can say that this woman is in her late fifties?

Ismat Zaidi is doing a wonderful job as Zehra. Mohsin Gilani as Zamaan (Silah’s father) did not manage to impress me though. I have already started to dislike his character because of the way he treats his nephew with a cold and nonchalant attitude.

Finally, we got to see Imran Abbas in a drama after a long time. He never fails to impress me and I am already in love with his character. Sanam Jang does not seem like a newcomer at all! She is doing wonders onscreen. I loved the way she openly rejects her cousin Muneeb and tells everyone that she wants to marry Adeel instead. I will give this episode an 8/10 for its brilliant pace and excellent acting by all the characters. This show was definitely worth the wait! I am really excited for the next episode! What will be her parent’s reaction to this news? Will they agree to get her married to Adeel? Does Adeel also have feelings for her?
Keep watching to find out!