The flavor of the season, the favorite of all *coughing sarcasm* it’s none other than Mann Mayal. I doubt my level of intelligence when I find some people drooling over and praising this ‘master piece’. Jeena set the goals for all the desperate people out there, who want to but can’t do anything. She knew it clearly that Salahuddin was not interested in her at all but continued with her childish acts to impress him. Salahuddin on the other hand was shown a baby with a pacifier who couldn’t understand her intentions and could not give her a shut up call. We saw them getting engaged haphazardly and Jeena left no stone unturned to sustain that engagement despite knowing that Salahuddin was hopelessly in love with Mannu; a mother of three children. And the desperation goes on. Jeena left the world saying ‘Mera to naam he Jeena tha, mujhy to abhi aur Jeena tha’. How deep! I almost drowned. Can you be in a relationship with someone who has that much of interest in you that he’ll not even think once before calling off the engagement? And you are begging like anything. And not only this, we saw her having an affair with Jameel(a servant) to get her purpose. How shameful! 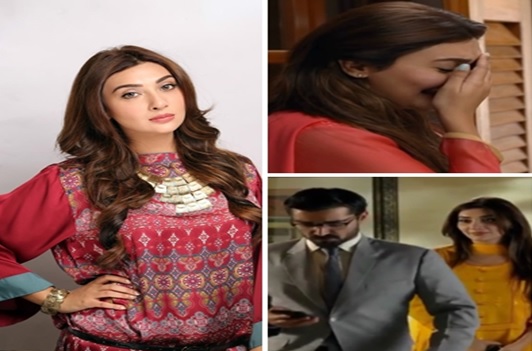