This was another episode of Kadurat in which Mina continued executing her plans to make her step family’s life miserable. The interesting thing is that no matter how evil Mina may be but she expects to be loved. The way she felt after she was rejected by Daniyal went to show that she longs to be loved and accepted despite of all her weaknesses. I find this part of Mina’s personality very relatable because every human being wants to be accepted by others and feels rejected and led down if he doesn’t get enough love, no matter what kind of a person he is. Girls who are either deprived of their father’s love in childhood or are overprotected tend to be the way Mina is; she tries to woo her psychiatrist, wants to marry Daniyal, gets hurt when Asad shows affection towards Alina and wants her father all to herself. What she does is a direct outcome of her insecurities and the yearning to be loved especially by the men in her life. It is almost as if she is trying very hard to fill a vacuum in her life. There’s a saying that goes like this “The hunger for love is much more difficult to remove than the hunger for bread” – that is so true! 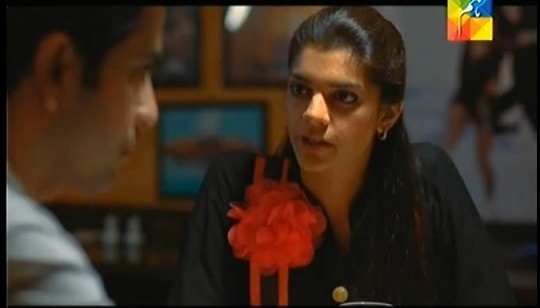 Atiqa has taken an about turn; the “I will save my family at any cost” demeanor did not last for long. She found it hard to tolerate Shaheen’s rude behavior and threats because she isn’t Mahmood’s daughter but Mina is allowed to cross all limits only because she is Atiqa’s step daughter. Giving her everything (and everyone!) she wants is not the solution of the problem especially when it involves another person as well. What makes Atiqa think that Daniyal will gladly agree to marry Mina? The part where Atiqa asked Alina to “sacrifice” was unbelievable. Mahmood’s reaction on the other hand was much more convincing. 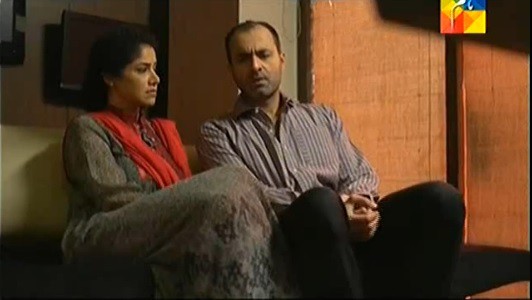 I breathed a sigh of relief when Daniyal and Alina talked about their problem and managed to sort them out. That was definitely the way things should have been. Had this engagement ended because of what Mina did, it would not have been relatable at all. Junaid Khan’s hairstyle in the scene in which he is talking to Alina to convince her that he wanted her in his life was terrible. 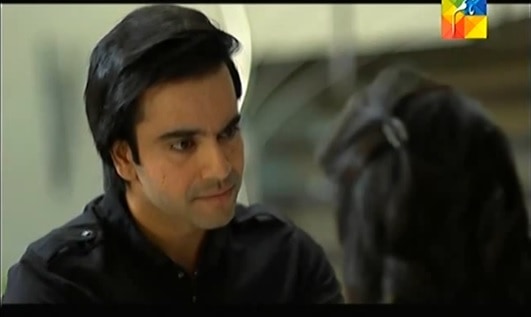 The scene in which Shaheen tries to woo Mahmood was definitely very distasteful and awkward. The story could have easily moved forward just as well even if this particular track was not added in it. The scene after this one in which Mahmood walks in on Mina while she is taking some pills seemed like it came out of nowhere. There were a few other scenes as well that seemed like a case of a poor execution, like Alina walking in when Daniyal and Mina are together. That particular scene could have been done well. 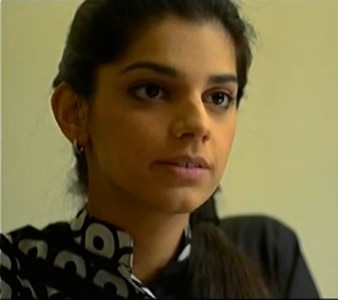 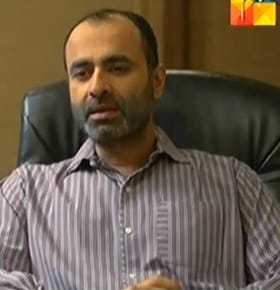 Sanam Saeed’s performance was flawless yet again all through this episode. She was especially brilliant in the scene in which she meets the psychiatrist and tells him about his suicide attempt. I found it somewhat unbelievable that everyone except Asad fell for Mina’s fake suicide story. Nida Khan performed well in few of the scenes but in most of the scenes she was completely expressionless. Mina is actually contemplating killing Alina; which is a very scary thought! 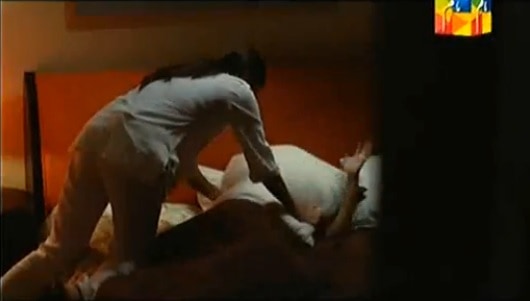 The preview of the next episode suggested that Atiqa is finally going to pay a price for her wrong attitude towards the problems her children are facing because of Mina. This latest episode was very happening like always but like all the previous episodes the surprise element was missing because we already saw in the preview what was coming our way. This time around as well, the main twist in the next episode was revealed in the preview! Sanam Saeed makes this show a treat to watch; her performance has been very powerful throughout.