Kadurat’s story has gone from happening and engaging to just plain mind-boggling. The sad part is that Kadurat had tons of potential, the writer came up with a brand new idea and the cast was very impressive too. Mina’s hatred for her step family has been very relatable but I have always been of the opinion that the story could easily have been taken forward without adding Mina’s desire to marry Shaheen to her father. The way Mahmood fell for Shaheen and Mina’s trap was completely unbelievable. The story is getting very sensational no doubt; I am sure despite of all the criticism many people just watch this show to find out just how far the writer will go or how the story will unwind. So, it probably serves the purpose of getting some public attention but shouldn’t the writers also be worried about what kind of attention they are getting? Sanam Saeed’s phenomenal performance in the play seems like a total waste of talent at this point. She was perfect even in tonight’s episode and I must say that there is a very obvious chemistry between her and Imran Aslam. Even though Asad and Mina do not like each other at all but their scenes are always perfect. You can feel the undeniable screen presence of both these stars. 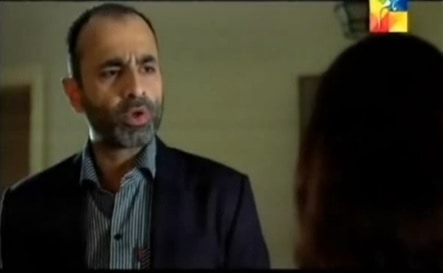 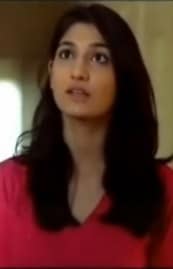 Mahmood has always been shown as a very dim-witted person but what he did today was more foolish than anything else that he has done till date! I wonder how someone with his IQ manages to run such a big business. He could have easily taken his wife into confidence and resolved the situation – getting married to Shaheen wasn’t the solution to the problem. Mahmood’s decisions right from the start have been devoid of logic – firstly he got married out of the blue, then he sent Mina away and now this! This is only the second play that Deepak Perwani has ever starred in, one would think that someone who works only once in a while would choose a better project. I fail to understand why our actors settle for mediocre scripts and why do our producers think that choosing a star cast will ensure the success of a play. I started watching this show primarily because of its unusual and very interesting cast. The story seemed very different and engaging in the beginning, gradually it started going around circles and now it has come to a point where one can watch it only out of curiosity to find out what will happen next and how crazy the happenings can be! 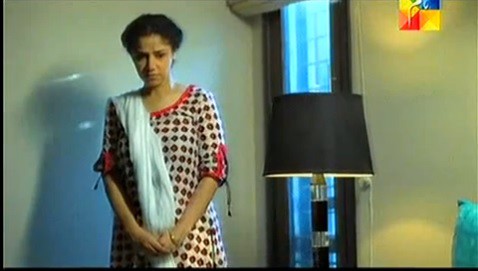 I am one of those viewers too who are following the show because they are waiting to find out how Atiqa will react once she finds out about what had happened. If the problem was the accusation by Shaheen alone, something could have been done about it but what will she do about the new relationship between Shaheen and Mahmood? 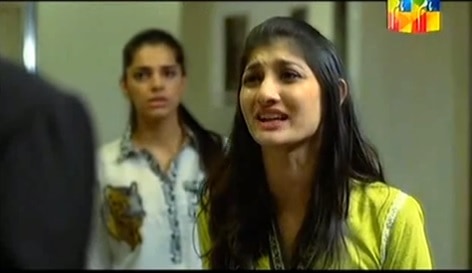 The preview of the next episode showed that Mina’s psychiatrist tells her that there is no hope for her and therefore he will stop seeing her. This turns Mina even more negative (if that is possible) and I cannot even imagine what worse she can do! She has tried every negative tactic in the book and more. Mina and Shaheen’s adventures were good fun for a while but honestly speaking they are getting extremely disturbing now.

Did you watch tonight’s episode? Do you think that Kadurat had a lot of potential but the disappointing turn that the story has taken has marred any chances that it had to qualify as a quality serial?  If you’re still enjoying the show, please feel free to share your opinion here.