This episode focused on the dilemmas of arranged marriages in our society. I found the scene in which the rishta people want a “tour” of the girl’s house very relatable – sadly I must say that been there done that! When parents are getting their first girl or even boy married, they are absolutely clueless as to how to deal with such situations and end up saying yes to every foolish farmaish that comes their way! Some, who are in a position to do so, learn to tell such people off in a polite manner, those who do not have a choice sadly have to put up with such requests and much more! It is not just the boys’ family who wants to take a good look into the house of the girl they might be marrying their son to but I have even seen girls’ families desperately wanting to see the boy’s house even after their daughter has been married into the family. These are such wrong customs and they need to be shunned. Everything that we saw in today’s episode had surely been inspired from real life incidents and indeed was very relatable, like all other Umera Ahmed scripts. But the real question is that was it engaging enough? Sadly, I have to say that it wasn’t. The pace of the show is certainly slow and I have a feeling that this is the way it is going to be. All the plays that Aabiz raza has directed till now; Zard Mausam, Mujhe Roothne Na Dena and Maseeha, to name a few which I followed have been slow paced. Umera Ahmed’s plays as well have been stretched unnecessarily since Shehr-e-Zaat. 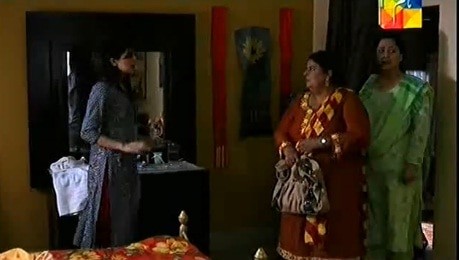 Faiqa’s sister also faced a dilemma when it came to marrying her son with her sister’s daughter Arzoo. Sikandar is not the least bit interested in marriage or getting married to Arzoo for that matter. He wants to know Arzoo better before he makes a final decision and his mother doesn’t want no for an answer. Fahad Mustafa’s character seemed cold and distant. I expected the bond between or more like the chemistry between the mother and son to be more appealing and apparent but it wasn’t. Fahad Mustafa is definitely one of those male actors who need to wear less make up. 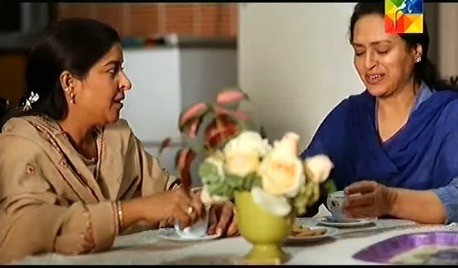 Kamal’s sister seems to be facing problems as well as far as her daughter’s (Uroosa Siddiqui) marriage is concerned. She is stuck with a long enagement with no hope in sight.  She doesn’t have the guts to ask the boy’s family what they want since she has been given a cold response once before too and cannot afford to break the engagemtn off too. Most certainly, all that we saw today was ghar ghar ki kahani. I am sure many many people could relate to it but will this ghar ghar ki kahani click with the audience in this day and age when there are a few other more intriguing and interesting dramas on air which keep you on the edge of the seat? 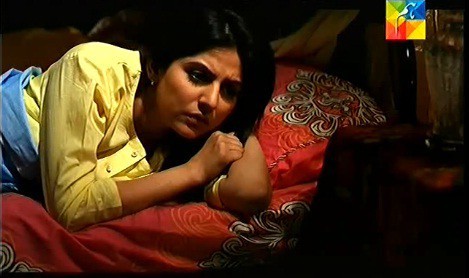 Kiran’s character is definitely the most likeable part of the play for me till now. She has a carefree attitude and I love her confidence. In the next episode, we may see Kiran and Sikandar meet for the first time since we saw Kiran begging Arzoo that she wanted to meet Sikandar. Kiran and Sikanadar seem poles apart already; Kiran is fun and carefree and Sikandar seems like a very toffee-nosed individual. Kiran and Arzoo are very close to one another and we saw Arzoo going against her mother’s will and giving Kiran the photographs of the engagement. The relationship between the three sisters is also another extremely relatable part of the show, which has been shown nicely. It is so good to see sisters who get along for a change and have a “normal relationship – no good sister versus bad one scenario. 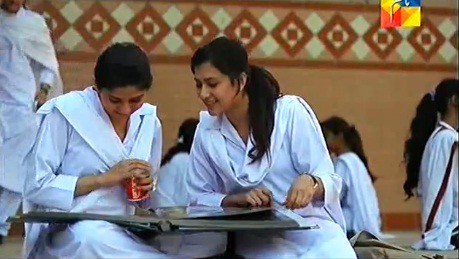 Overall, this episode was strictly okay. I agree with and could relate to every single happening in the play but I think the viewers will have to get used to the slow pace of the drama and accept it for what it is if they want to enjoy it. Expecting fireworks is just going to disappoint the viewers. Please share your opinions about this latest episode.