A new chapter has finally begun and that too in the second last episode. It should have begun a long time ago. I absolutely love the direction and dialogues of this serial. Sarmat Khoosat has not done a bad job. But the only flaw is the flow of the story and the pace of the show. Sawera Nadeem was definitely the star of the episode. Her acting, poise and attitude was superb and worth an applause. I do not think the role of Maha could have been played so well by any other actress.

Maha can finally stand on her feet and as predicted she has started to make Nazish’s life even more miserable. Even her father was seen upset by her behavior towards Nazish and told her to stop degrading her because you are no one to make someone’s life or destroy it; it is all in God’s hands. I completely agree with him! Maha has been through so much but her proud and selfish nature is still intact, she still considers herself above Nazish in every way. I have lost hope that she will ever value Nazish. She has blamed Nazish for her paralyzed condition and thinks that Nazish has always been envious of her when in reality, she has always been a true friend to her. She is still refusing to accept Nazish’s status as Asfand’s wife. She will never accept her as a part of her family, this was seen when she did not let her come in the family picture taken at the party.

Maha is making every possible attempt to separate the two. She was seen ruining the birthday plans of Nazish and it was the first time that Nazish got very upset. She even took the gift that Asfand bought for Nazish! How selfish of her. However, the kids managed to cheer Nazish up. I loved this scene of the episode. She has won their heart wholly and completely. Her heart is very pure and that is why people start liking her. It is an art in itself to make place in people’s heart and this is what I like about her character, she never thinks bad for anyone. She accepts everything that God has given to her and never complain about anything. The person I truly feel bad for is Asfand; he is having a very hard time maintaining a balance with Maha playing her games. Poor guy is sick and tired of the taunts he gets from Maha all the time. Hats off to his patience!

Even after what Maha did to Nazish, she still decorated her whole room and shifted Asfand to her room. How can Maha not see what a big heart she has? Asfand was seen upset at her decision, as it would be virtually impossible for him to come to her now. She wanted to give Maha what was already hers and make her happy but will Maha ever do the same for her?
Asfand is also trying to make Maha understand of his situation and clearing her doubts and the insecurities that she has in her mind. She thinks she no longer holds the same position in his life, as according to her it has been taken by Nazish. Asfand clearly told her that you are not just ‘part of my life, but a part of my being.’ What else can he possibly say to make her believe that he is telling the truth? Even after her rude behavior and constant taunts and insults he still loves her. Nazish is a part of his life but this does not mean he does not love her anymore.

The most annoying part of the episode was when Nazish’s friend Amna again started to give her ‘advice’ to leave Asfand and go back to Ahmer and Nazish was seen pondering over the idea. I really hope she does not take any foolish step and regret later. Even Asfand is irritated by her constant sacrifice for Maha. She is willing to give everything to Maha without fighting for her rights. Even the nurse has advised her not to give up so easily. This is again a difficult test in her life that she has to pass with flying colors, not by giving up but by fighting till the end.

On the whole, the episode was very good. I wish they had not stretched the serial so much. What could have easily been covered in 12 to 15 episodes, they took 20 episodes to cover it. I also felt that the editing of the scenes were not synchronized and the scenes were totally out of order. It was pretty obvious and it killed the charm of the scenes.

The serial is nearing towards its end now. This was the second last episode. The preview for the last episode is pretty shocking. Asfand has finally lost his patience and has shown Maha the mirror and she has left Asfand and went away. All this was shown in the preview for the next episode. Has Maha finally realized her fault? Will she come back? We have a whole week to wait for the answers. 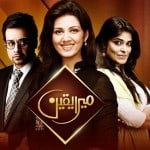 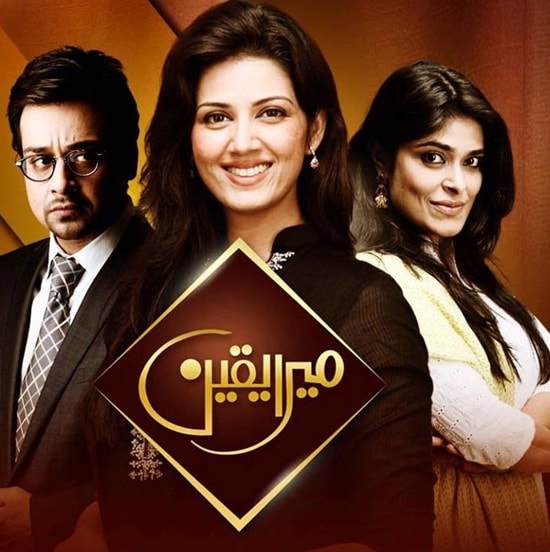 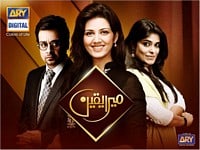