Finally! The chaye ka cup did the trick!! Although I did feel that just when Zaroon started talking, Kashaf was a little surprised that he did not give her all the explanations she was expecting from him. When he said to her that he did not want to lose someone who was so special to him only because of the silly mistakes he had made in the past, she was even more alarmed and partially convinced, then all it took was Zaroon saving his damsel in distress from hot tea and that was that! If I hadn’t’ known already that Kashaf would eventually agree to marry Zaroon, I would actually have been surprised that she went from not wanting to be around the man for even a few minutes to getting convinced that he was the one she wanted to spend the rest of her life with. I am just glad that she agreed and we can finally move on. Also, it is great to know that she is going to marry Zaroon because she thinks that he can protect her and she does have feelings for him too. When Sidra says to her that she always felt like Kashaf liked Zaroon, she did not disagree. So, this marriage is based on love after all and Kashaf did not enter this relationship out of pressure from family or friends. 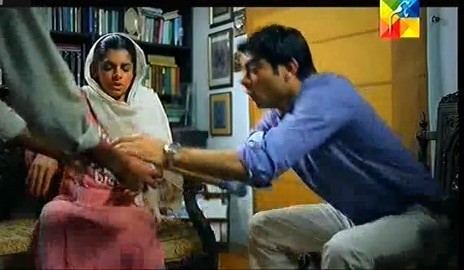 Okay!! So I thought that Ghazala vowed not to interfere in her children’s lives again but there she was today telling Zaroon how he could not compromise or adjust and the marriage was bound to be a failure. Not only Ghazala but Sara was also very interested in knowing how Zaroon would make an Allah Mian ki gaye out of an educated and professional woman. Zaroon on the other hand has more faith in himself and has insisted over and over again that he does not want to make an Allah Mian ki gaye out of his wife…well we will know soon enough. Sara definitely knows her brother better and should know that he has changed or maybe he hasn’t, can’t wait to find out! I felt for Zaroon when he was writing his diary and thinking that everyone was more interested in finding out when he was going to be divorced more than when he was getting married! Seriously, the poor guy deserves a break. I am waiting to find out if Ghazala will approve of Kashaf once she is married to Zaroon. 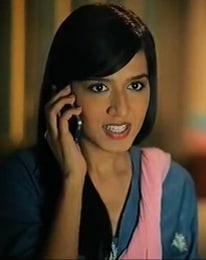 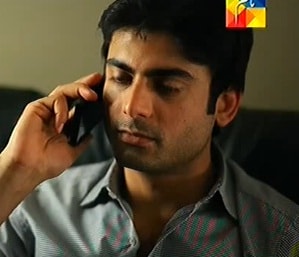 I have completely fallen in love with Sidra’s character mainly because Mansha Pasha has done such a fabulous job of playing the supportive and loving sister. Sidra always believed that Zaroon and Kashaf were meant to be together, long before they could even imagine anything like that. She also tried to make Kashaf realize that she should get over the impression she had of Zaroon and start all over again. The conversations between the two sisters were the best part of today’s episode. 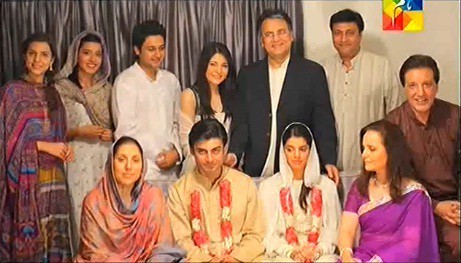 Murtaza is back for good in Rafia’s life and it was good to see Rafia happy for a change. There were no worries at all this time around, like they were there when Sidra got married.  Zaroon and Kashaf get married in the next episode and hopefully the shikway ka safar is over and it is over to shukar now ;) I am dying to see Kashaf laugh; can’t wait to see her acknowledging and being thankful for all the good things in her life…time to stop and smell the roses Kashaf Murtaza!