Singer Meesha Shafi has deleted her tweet regarding a post on Faiz Ahmad Faiz’s poetry ,apologizing to her fans for changing the poetry of revolutionary and romantic poet Faiz Ahmed Faiz , the singer wrote,

“I’ve deleted my earlier tweet. @FaizAzFaiz and his legacy is far too sacred and I realize this was in bad taste. 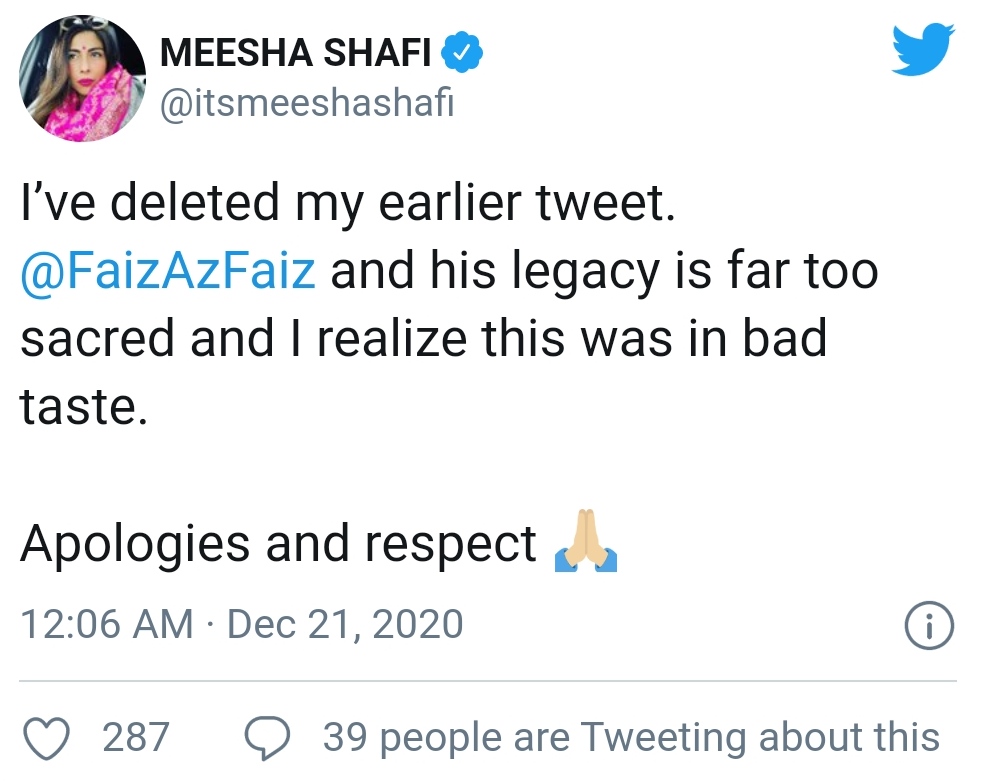 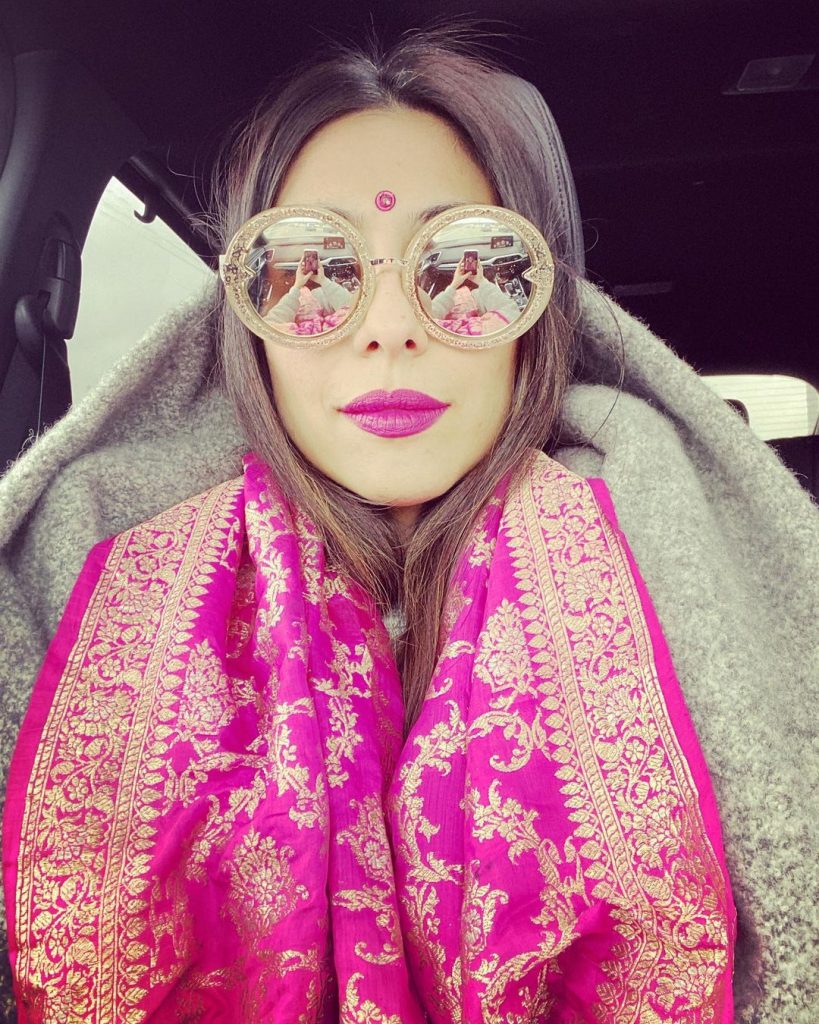 A few days ago, Meesha Shafi had changed the meaning of Faiz Ahmad Faiz’s famous contemporary poem by changing the words.

Meesha Shafi while criticizing the critics on the social networking site twitter wrote,

” Troll kay lab azad hain teray ”
She invited a lot of bashing right after tweeting her version of poetry. 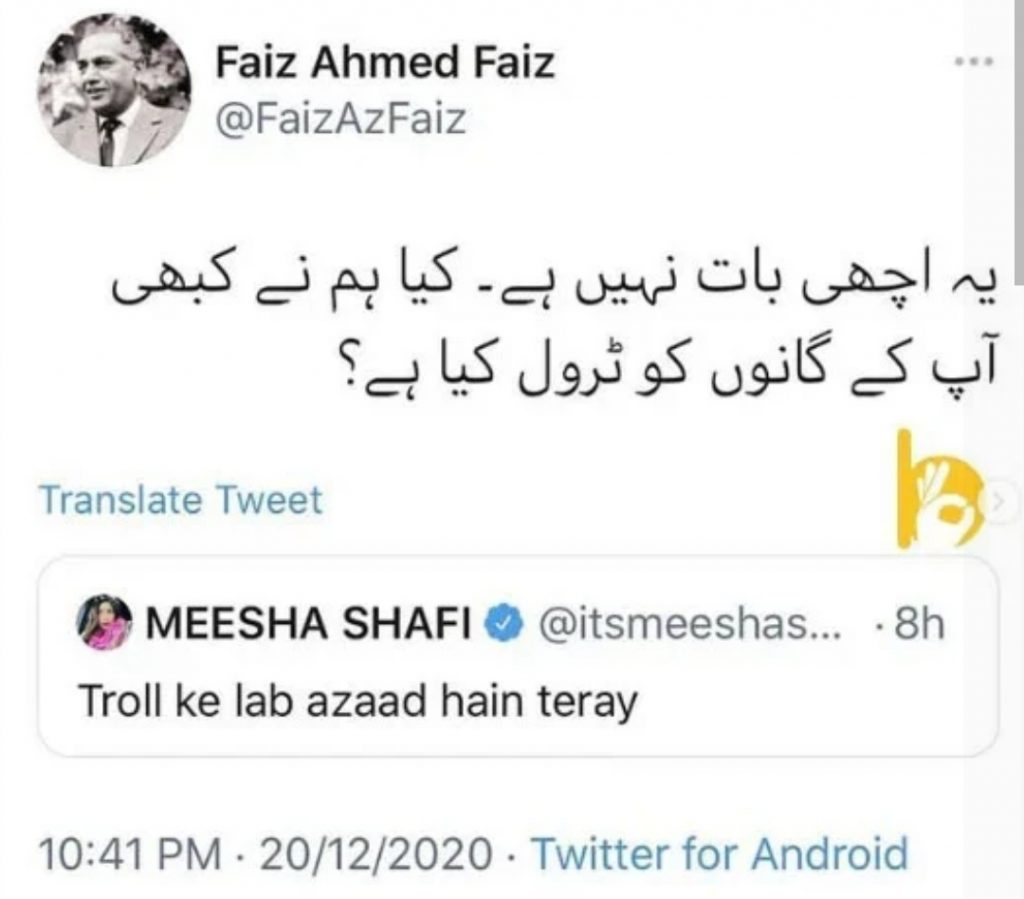 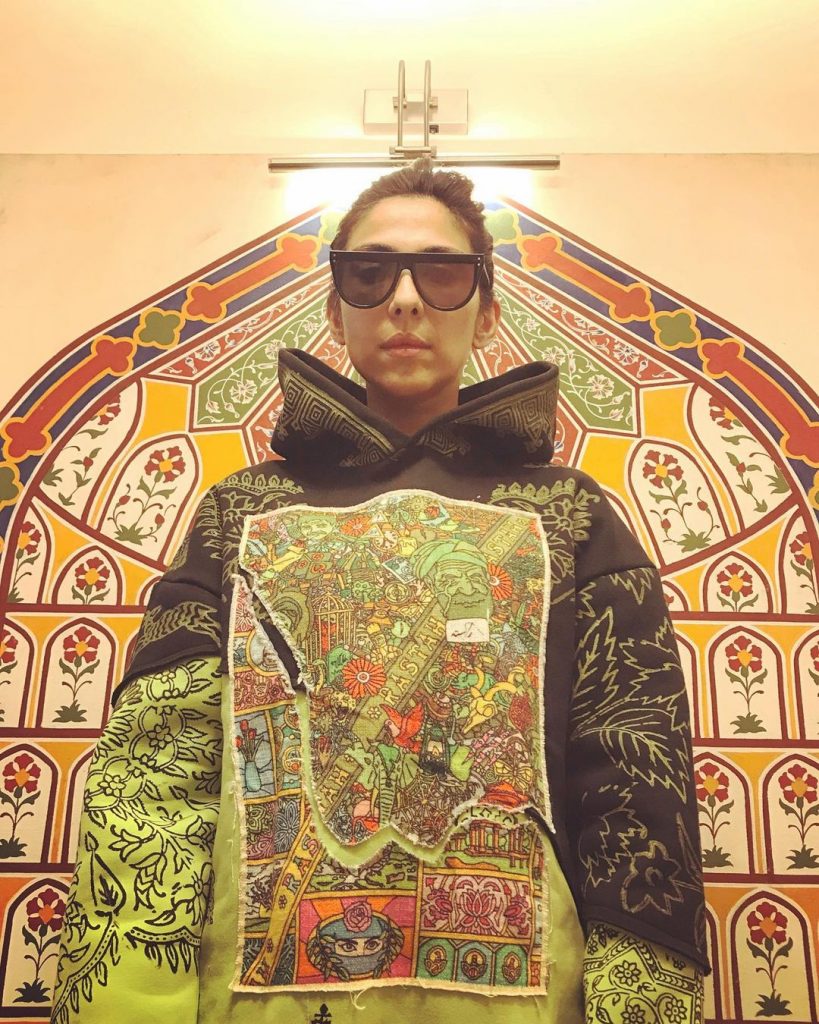 A Twitter account, run under the name of Faiz Ahmed Faiz while addressing Meesha said, “you have become famous by singing about Faiz Sahib’s poetry and now you are trolling his poetry.” 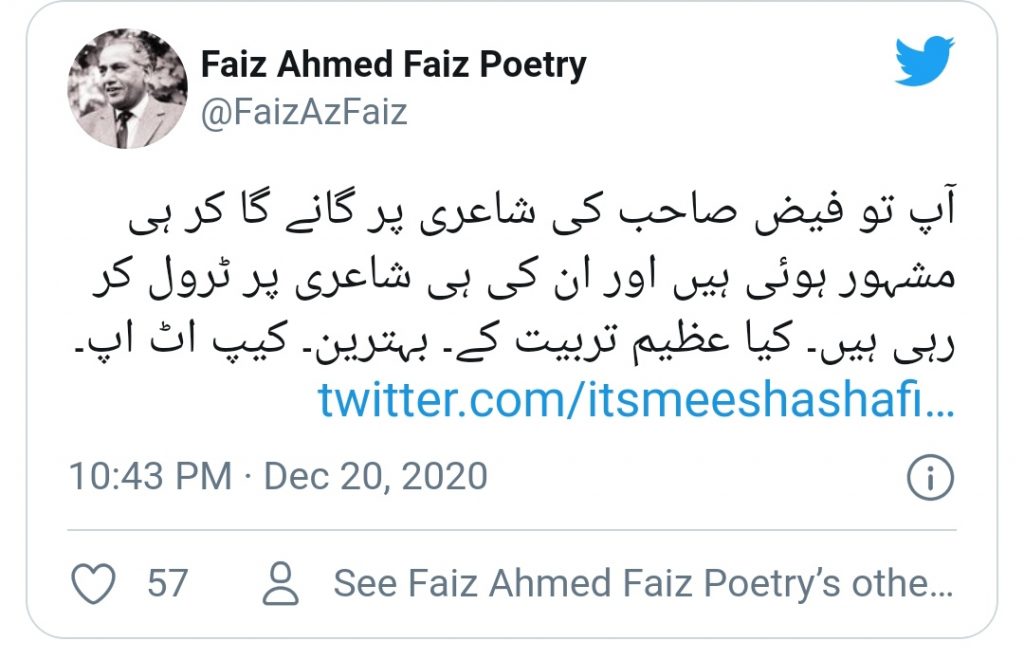 Making Meesha realize her mistake, another netizen said that the trolling depicts your training.

Later on Meesha Shafi apologized and said that She had deleted her post in which she changed word. 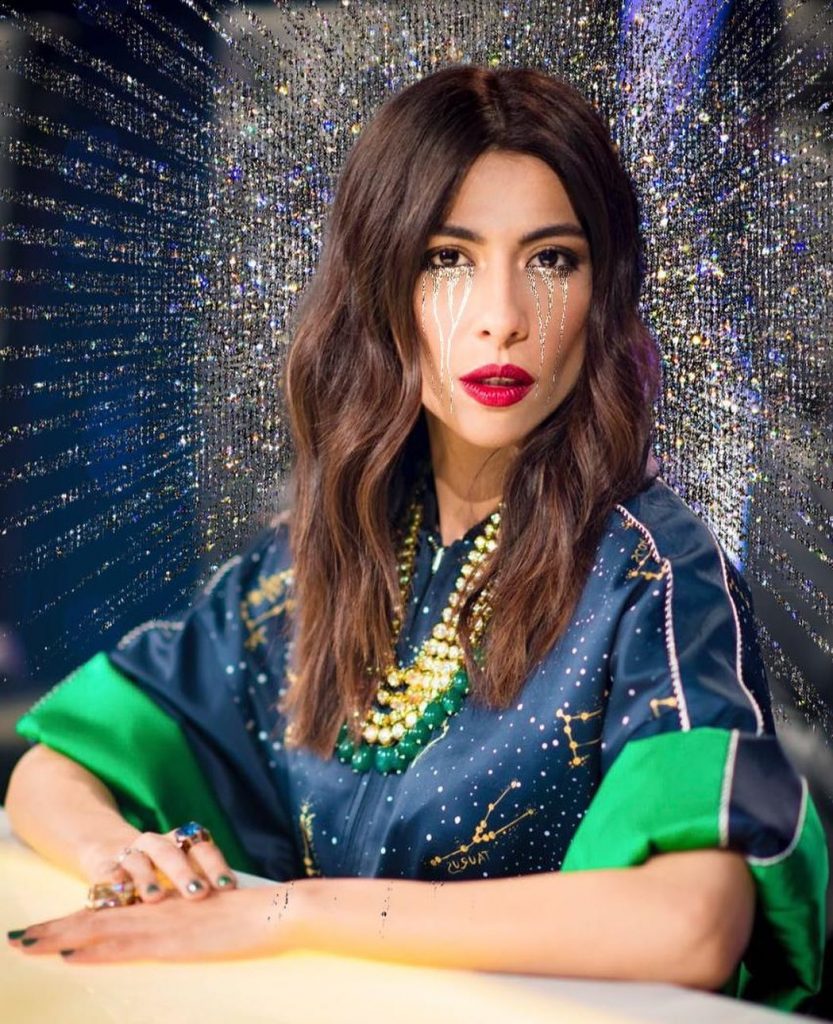 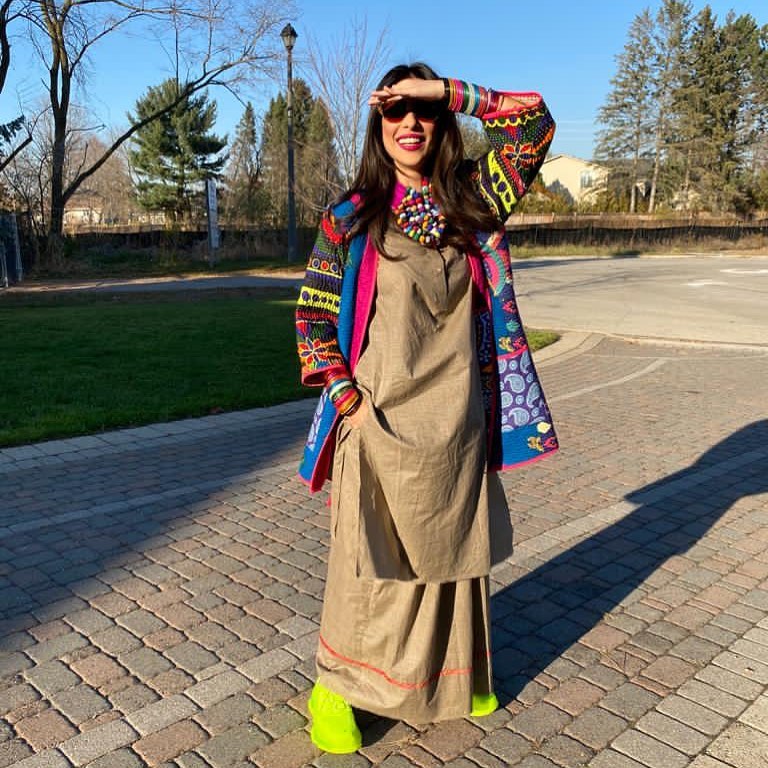