There are so many Pakistani dramas on air currently that have the viewers’ undivided attention. They are entertaining and meaningful but some of these dramas have shown certain scenarios which are crucial to the plot but they can easily be termed as absurd. A well-written script makes a drama a hit or a miss. It is the key ingredient because the characterizations and the logical situations shown in dramas help the viewers stay interested in the shows that they are watching.

Even though most of these dramas provide quality entertainment but there is something or the other which irks the viewers. Since this ‘something’ is not just another development but an important one, it cannot be ignored. These absurd situations and scenarios make the viewers wonder why the writer who otherwise wrote a good script, added something so illogical and absurd to it. Such situations and scenarios make it difficult for viewers to relate to them. There is definitely a lot of pressure on the drama writers nowadays than there was before. They are expected to write dramas with more than 20 episodes and they have to write often! This definitely hampers their creativity and at times their reasoning.

Here is a list of some of the most absurd situations and scenarios are shown in a few of the most-watched dramas right now:

Khwaab Nagar Ki Shehzadi is a commercial hit even though the story is quite familiar. The story revolves around the main female protagonist Meera, who is a highly qualified, kind, sensitive, and loving woman. Meera helps her maid’s daughter by giving her refuge in her house. This kindness backfires when the maid, Sehr, ends up having an affair with Meera’s husband Saim. Eventually, Meera finds out about the affair and the situation takes such a turn that Saim has to enter into a nikkah with Sehr. Not only this, he has to get the house added to the haq mehr ‘due to pressure’ from Sehr’s family. It is safe to say that this was only the beginning of all the absurd situations the viewers got to witness afterward! Even though the writer had written down Meera’s character so well, he totally lost his grip when Saim and the massi Sehr got married! The way the nikkah happened and the house was gifted to Sehr as haq mehr was awfully absurd considering the fact that Saim had so many contacts. In order to save his ‘izzat’ he entered into a nikkah while his wife sat in a corner and cried. This turn wasn’t just illogical but also ugly! The writer conveniently made a mockery out of such a serious situation by showing such a twist. 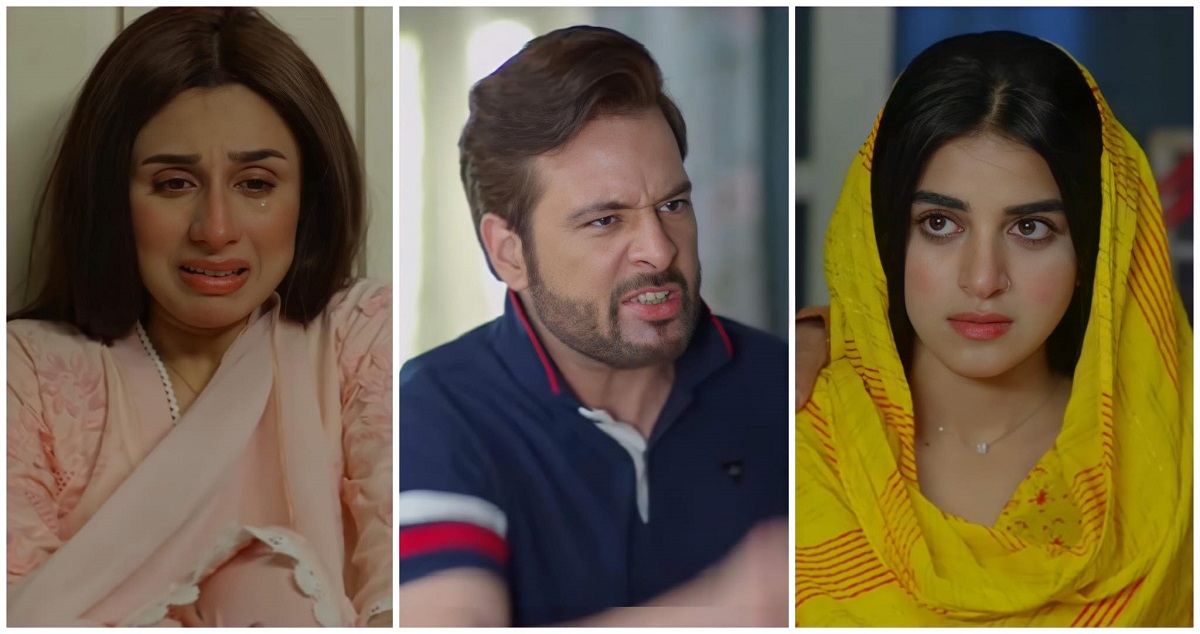 The most absurd situation right now is that Meera is getting insulted day in and day out, Saim has even hit her, he constantly keeps on telling her to get out of the house and she even lost her unborn baby YET she continues to live in the same house! She has the option of going back to her mother’s house but she chooses toxicity over peace of mind! This entire situation is beyond absurd considering the fact that Meera has her mother’s support, a proper career and most importantly she was always shown as someone with great self-respect and wisdom. Since the viewers are rooting for her and hate the maasi, the writer decided to overdo her becharapan even though it makes no sense whatsoever. As a result of this, instead of feeling for her, the viewers have started thinking that she actually deserves what she is getting since she chooses not to do anything about the situation. Now Meera’s mission in life is to show Saim Sehar’s true colors but we can only wonder why she is even trying and why wouldn’t she just leave this man! This entire situation is beyond ridiculous and definitely nothing more than a lame attempt to drag the drama. Meera cries all the time and the maasi literally got away with murder!

Drama serial Dunk promised to highlight an important issue. It also came under severe scrutiny due to its main storyline. However, it proved to be a major hit and for weeks the story was taken forward in a logical manner. The story started going downhill and absurdity took over when it was revealed that Amal had an evil side to her personality and she was lying all along. The professor’s innocence made sense but the reason why Amal did all this made no sense whatsoever. As the story progressed it was evident that Amal was simply an evil character who wanted control at all costs. After watching the latest episode, it can be safely stated that Amal’s pastime includes falsely accusing men, who do not do things her way, of sexually assaulting her! As if this wasn’t enough, Haider’s brother and father both instantly believed Amal! 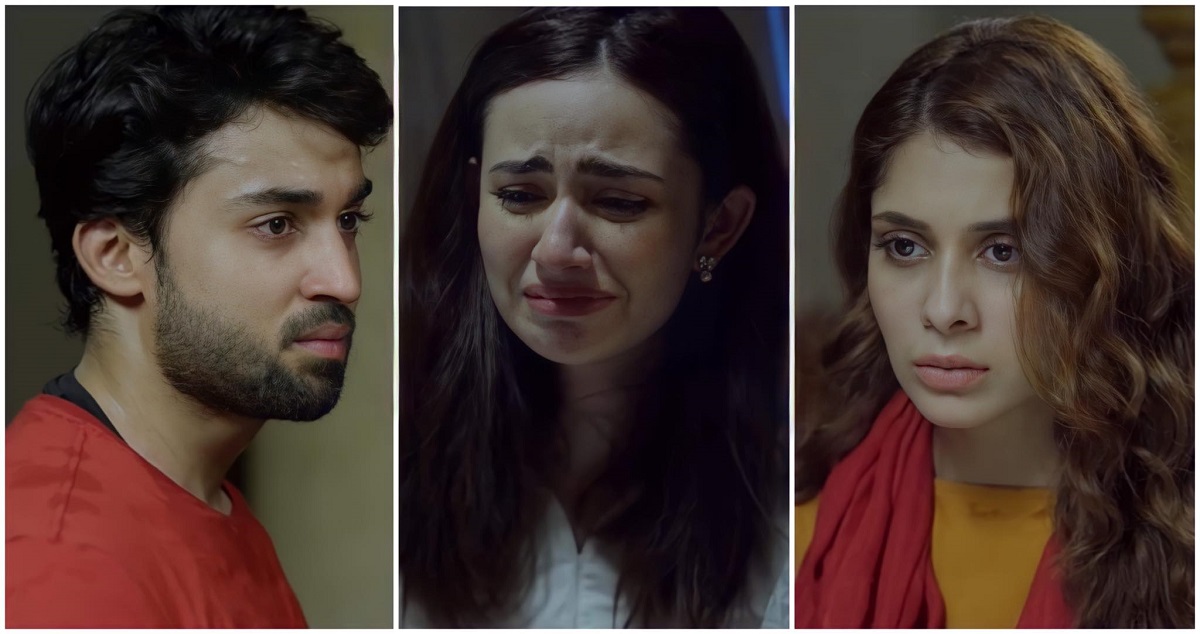 Haider not telling Minal the whole truth was another absurd scenario since there was no reason for him to hide the truth from someone who gave him all the reasons to have faith in her. Now that he has decided that he is not going to forgive and forget since he wants Amal to be held accountable, he has no reason to cover up for her anymore. This was shown simply to prolong the misunderstanding between Minal and Haider. This track is so forced that looking beyond it and enjoying the drama is definitely difficult. Amal’s assault accusation against Haider has not added any excitement but it has turned the story into a joke! Amal lied before and was constantly manipulating Haider now, that should have been enough to keep things ‘interesting’. Like many other dramas, the writer has given the negative character complete control to an extent that is often unbelievable.

Overall, Raqs-e-Bismil is a well-written play and all the characterizations and scenarios are being taken forward convincingly. The story revolves around Moosa, the central character, who falls hopelessly in love and does whatever it takes to win over the love of his life. His story is more about learning about the true meaning of love and that is the beauty of the drama. While the writer has done exceptionally well with most of the tracks, Zohra’s track, in particular, has turned absurd with time. It was understandable when she refused to marry Moosa, she gave an explanation and it made sense. However, after getting married to Shehryar, her character and track stopped making sense! This young woman, who was always looking for ‘respect’ and rejected Moosa because she believed she will never get the kind of respect she wanted from his family, was all of a sudden begging to stay with a man who literally ‘bought’ her, was marketing her to others and did not respect her at all. 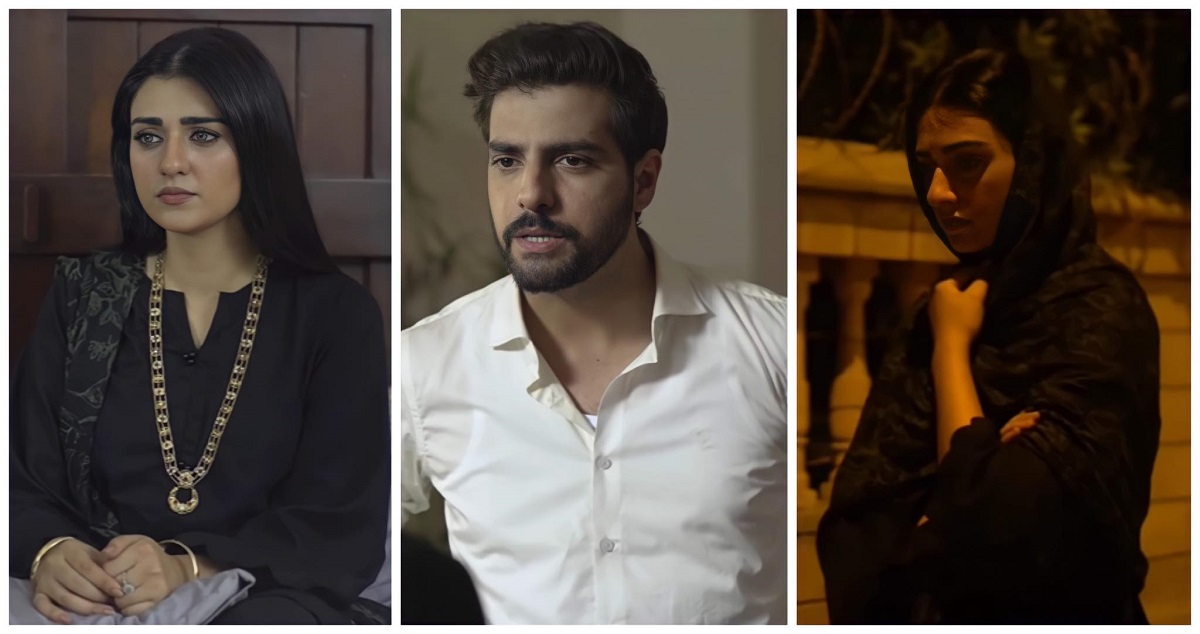 In the latest episodes, Zohra’s whole attitude and the way she reacted to Shehryar telling her that he was going to leave her made no sense. Even though she accepted her love for Moosa, knows he is going to be there for her, she chooses to stay with Shehryar and was actually upset that he was leaving her. The timeline of the previous episode in particular made this serious situation look like a joke. The writer is unnecessarily stretching this track because Zohra’s ‘disappearance’ was totally unnecessary and is also illogical. Someone as sensible as Shehryar who runs such a big business and had the sole motive of gaining profit from Zohra lets her go without ensuring that she was there with Laila so that he would get the money! The ‘sonay ki chirya’ flew away because he asked his servants to hand over the divorce papers and his message instead of handing her over to Laila himself, getting the money and then leaving for his urgent business. We expected better from a writer of Hashim Nadeem’s caliber.

Khuda Aur Mohabbat is another popular drama serial right now which is getting a lot of love and attention. It is essentially a ‘love story’ which took a tragic turn! Farhad, the main protagonist falls madly in love with Mahi after she decides to be ‘friends’ with him simply because she needs him to do something for her. Mahi goes back to her hometown and Farhad follows her there because he must have her in his life since she made the huge mistake of innocently flirting with him! Farhad wants Mahi to love him back, whether she likes it or not! While the public generally likes the drama and thinks there is a reason to feel for Farhad, we find his mad love for Mahi difficult to digest, and what is even more unreasonable is the fact that somehow Mahi is being held accountable repeatedly for breaking his heart! The imaginary love affair which Farhad had with Mahi is being sold to the viewers as if it is something tangible and meaningful when clearly that is not the case! 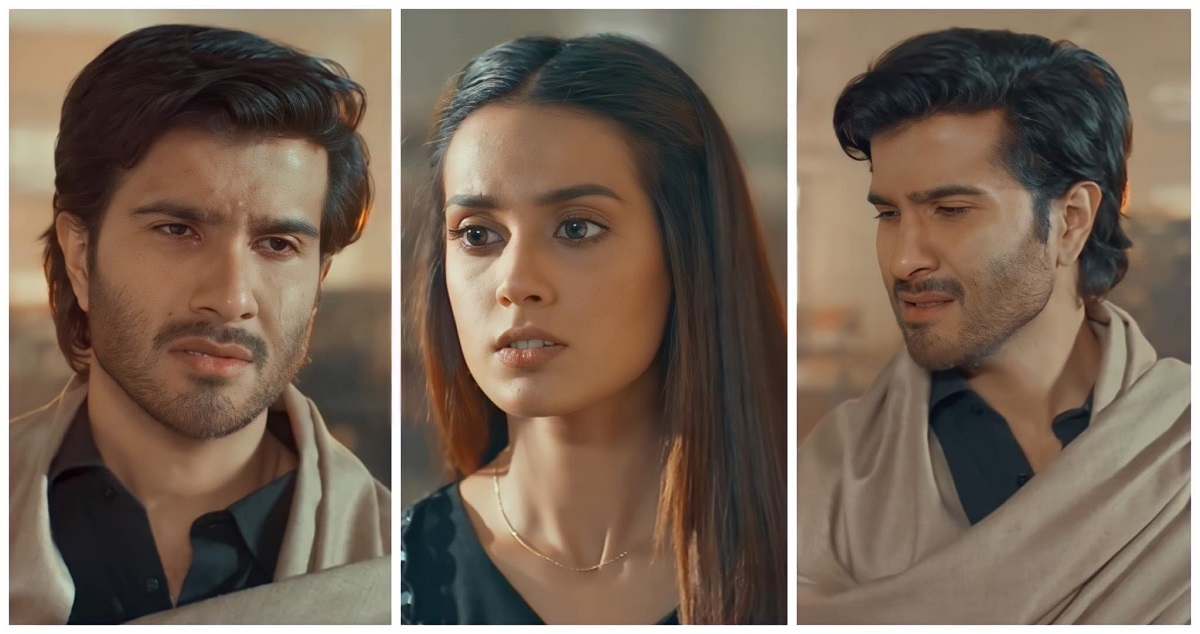 We definitely expected better from such a big drama with such an experienced team behind it! We have seen many such nakaam aashiqs such as Farhad in Pakistani dramas but none of them had the audacity to give the kind of bud dua Farhad gave to Mahi. And now that the bud dua actually has culminated, the writer is reinforcing the idea that one-sided love when not reciprocated is somehow powerful enough to hold such a value! It is a ‘can I friendship with you’ situation that got too serious too fast and isn’t the least bit appealing or convincing.

Safar Tamam Hua is an entertaining drama overall and it has some likable characters. It is the story of a young girl Anoushay who has a sweet and sensitive personality. She has been brought up by her aunt and is in love with her aunt’s son Sami. Sami’s brother Jamal is a twisted character who likes Anoushay and is constantly trying to create misunderstandings between the two. Safar Tamam Hua is essentially a love triangle but the writer for some odd reason added a rape and murder track to it! Our writers’ obsession with rape and murder is getting repetitive but Safar Tamam Hua is also highly distasteful and insensitive. Anoushay’s younger sister Rija is raped and murdered and that is when a simple story turned into a complete and utter mess! 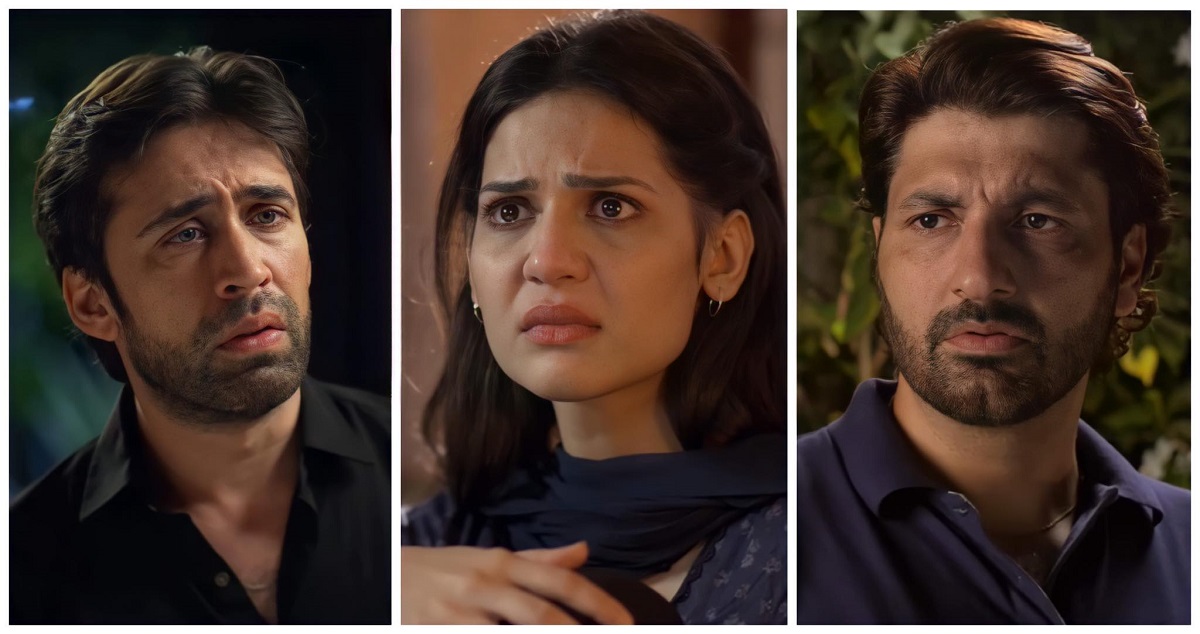 Firstly, rape and murder have been treated too casually in the drama. Secondly, the only honest, kind, and loving man in the drama Sami was just as casually accused of rape by his brother Jamal who is a negative character. Anoushay instantly believed Jamal and decided to get married to him only to change her mind after a few episodes. The aunt then disclosed that Jamal was the one who came home early that day because she had asked him to and that is when everyone starts doubting him! Although these family members are so suspicious of each other yet they continue to live life as normal. The writer’s callous and casual approach towards such a serious track is not understandable at all. The most absurd scenario has been Anoushay believing that Sami was the murderer for the longest time. The viewers had more faith in Sami after a few weeks of watching the drama than Anoushay did in her lifetime! The maturity in the script seems to be dying off with every passing episode and it is especially annoying because of the way the writer handled the aftermath of the tragic turn in the story.

What do you think about all these scenarios? Are they believable or just plain absurd? Share your views.