The Oscars Award Ceremony happened last night where a lot of actors were praised and appreciated for their performances. A lot of acclaimed stars got awards. The night was going smooth until a mishap occurred in the live show. 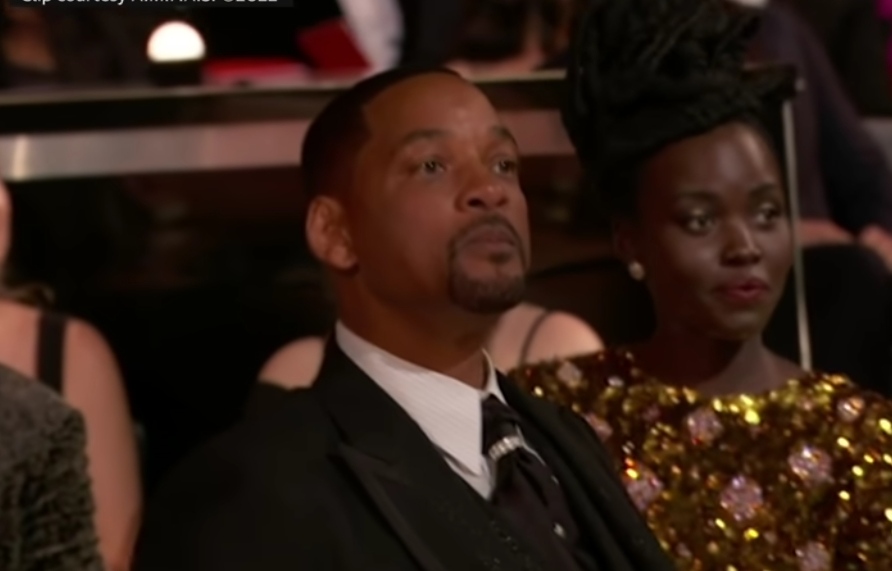 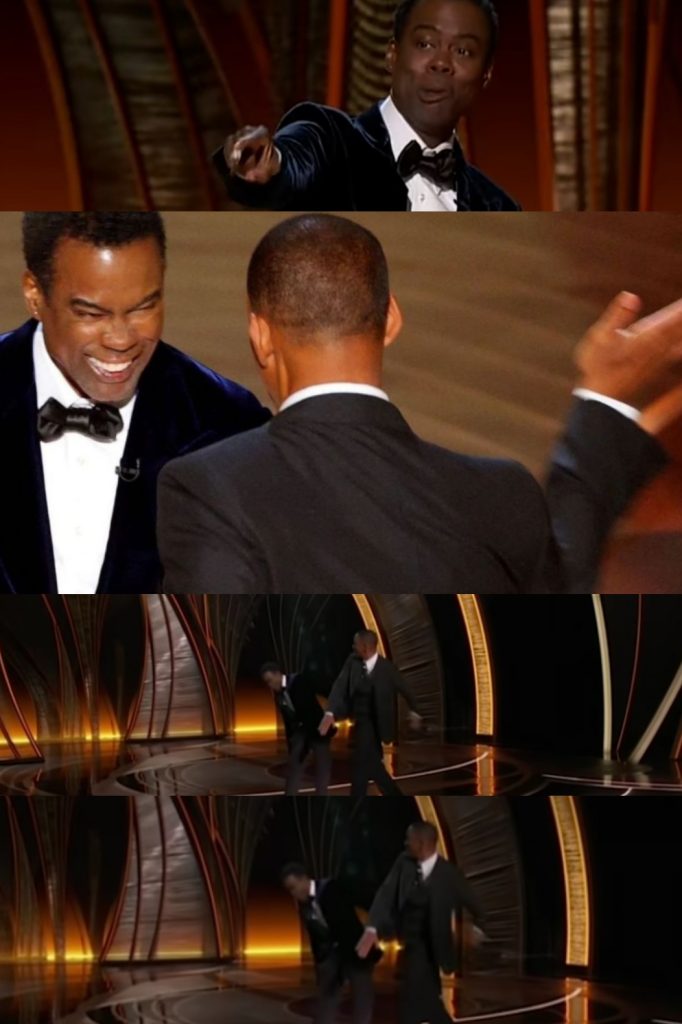 Well, Pakistani celebrities are also coming up with their opinion on the matter, a few of celebrities condemned his act, a few took his side. They all expressed about it. Ahmed Ali Butt, Mohsin Abbas Haider, Ahsan Khan, Bilal Qureshi, Kunwar Ali Nafees and Ali Kazmi reacted to the unusual affair that happened in awards. Adnan Siddiqui had a hilarious reaction to it. Here are celebrities’ reactions. 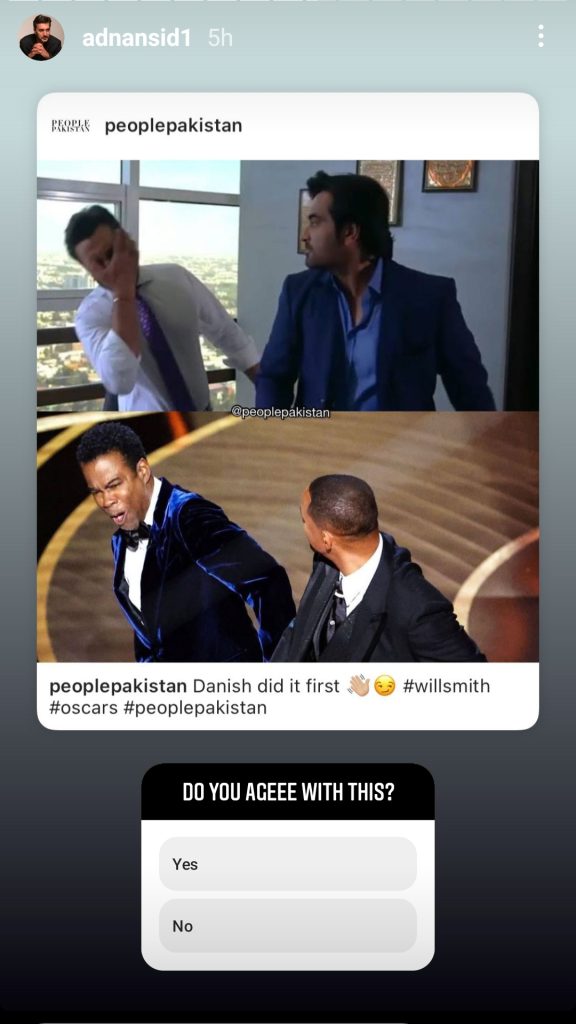 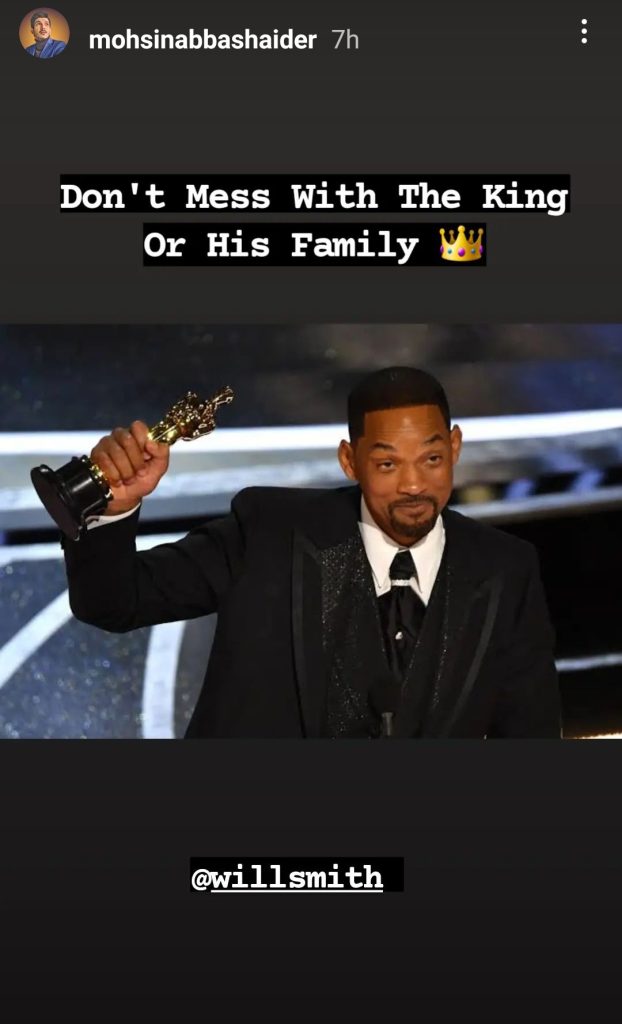 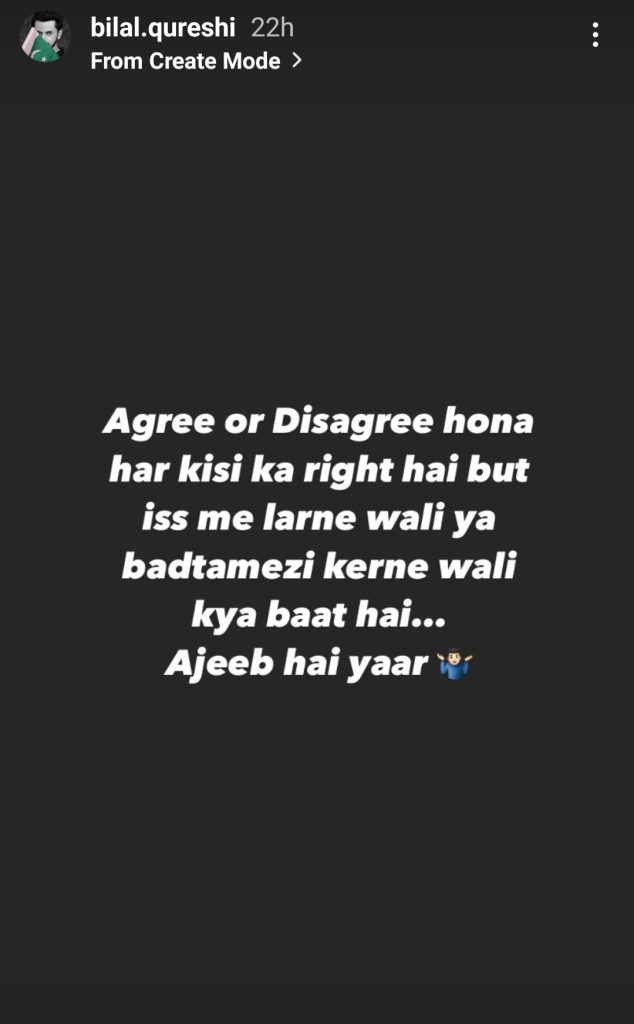 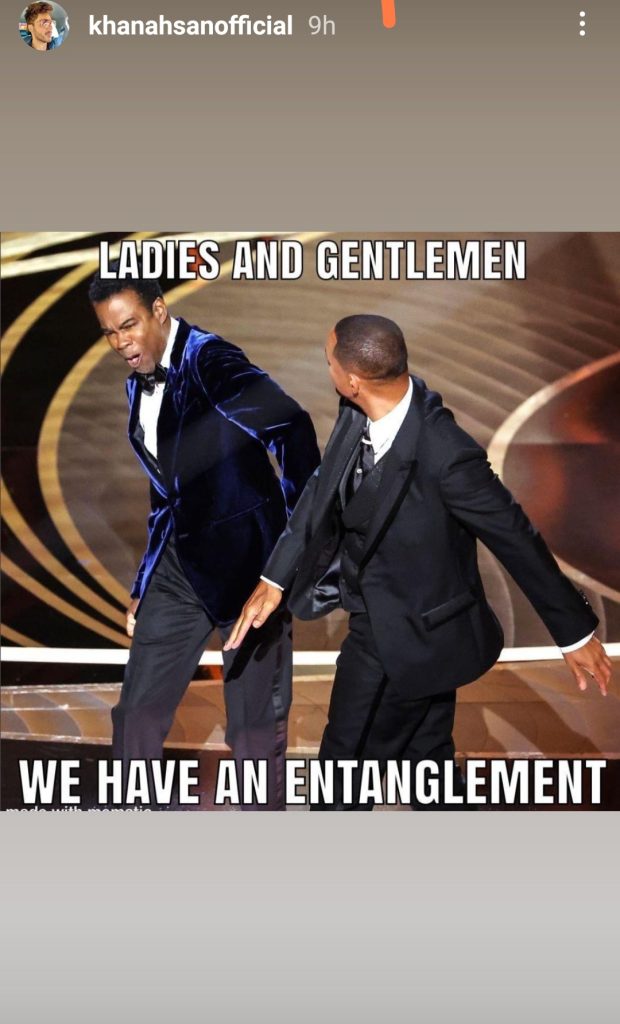 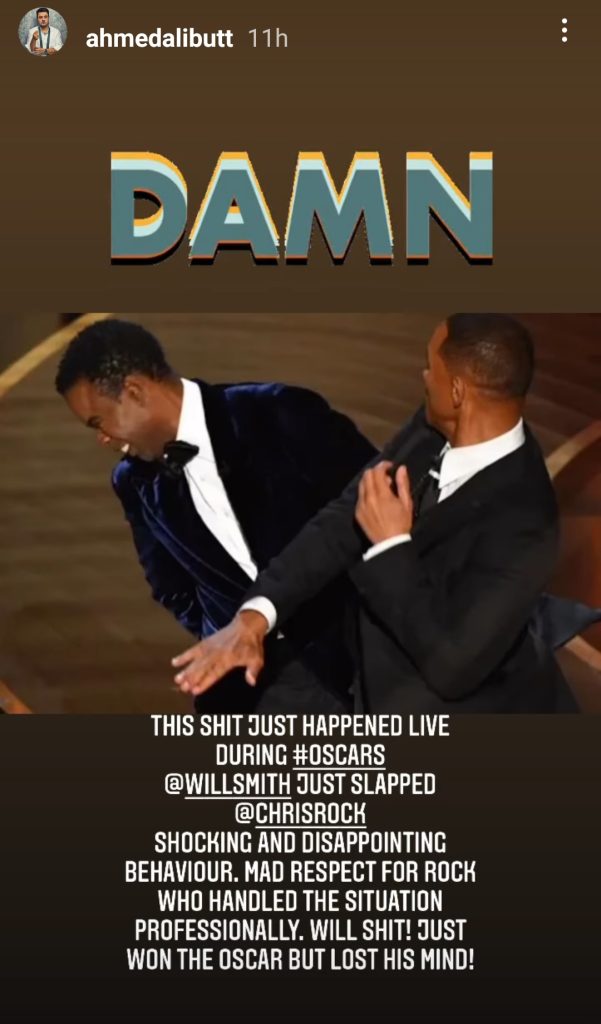 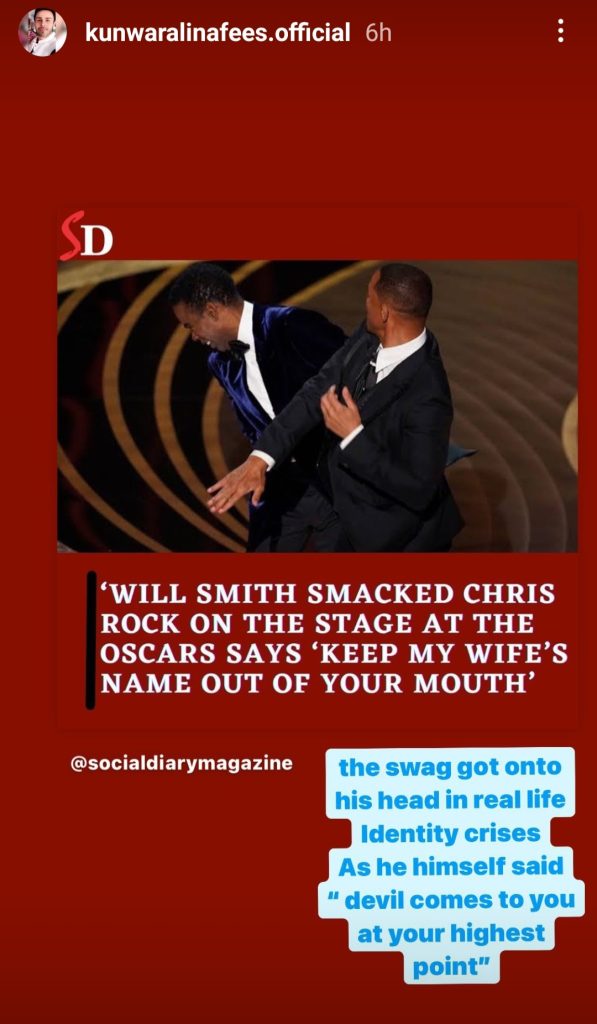 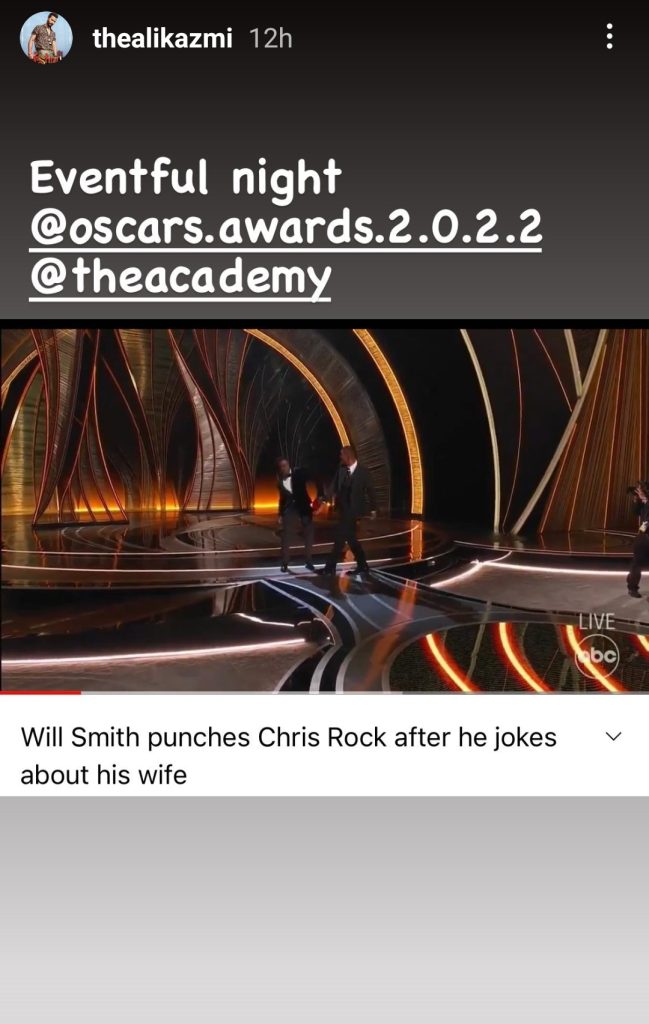 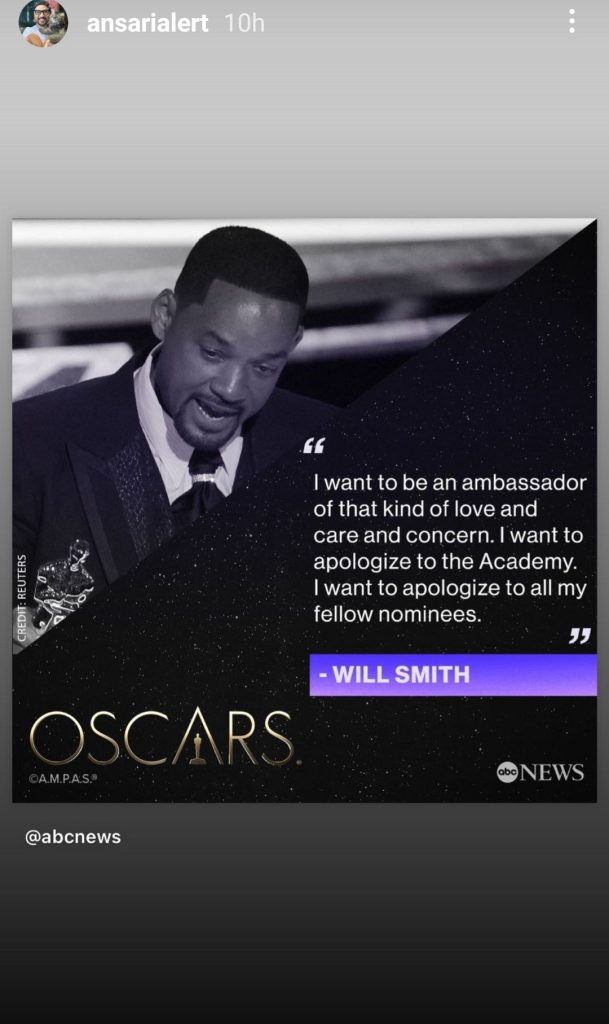 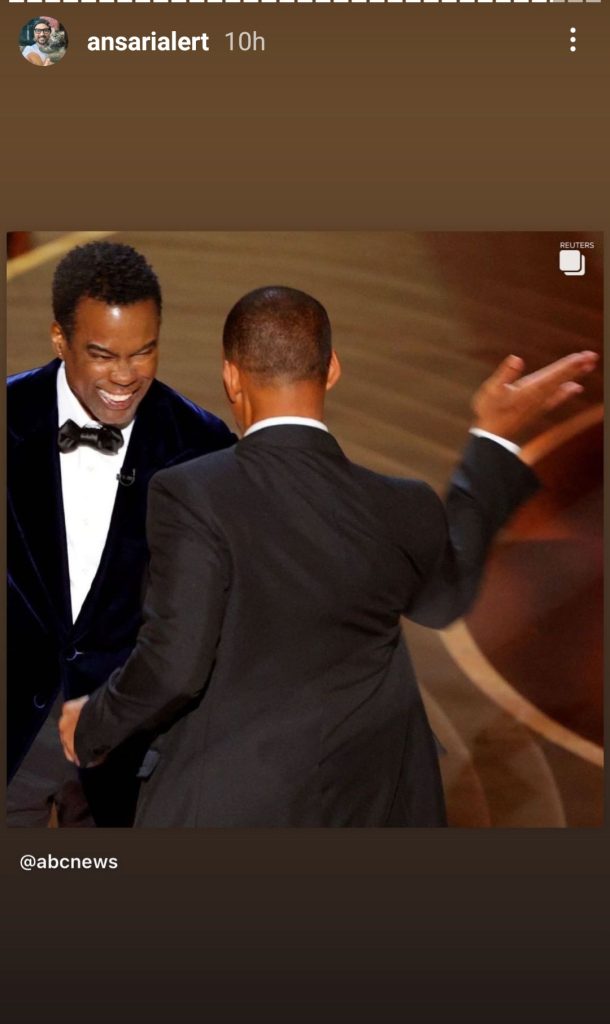 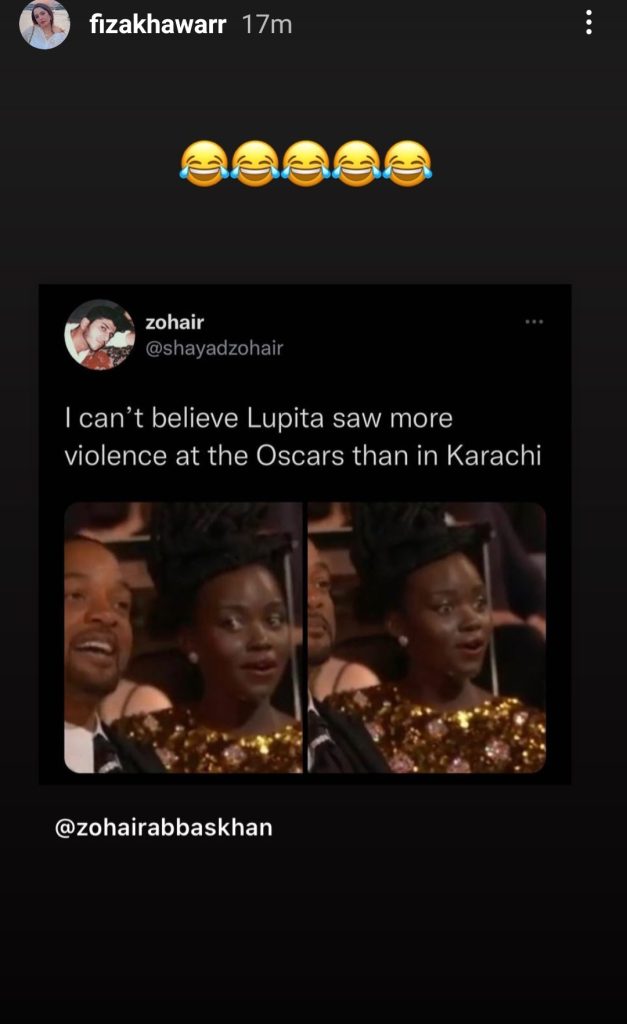 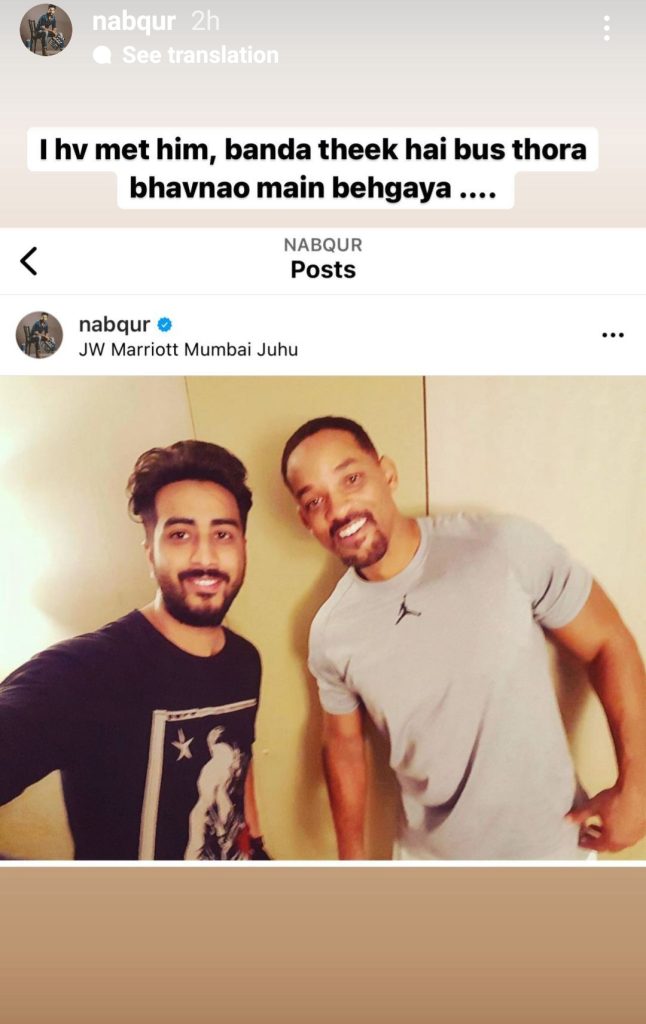 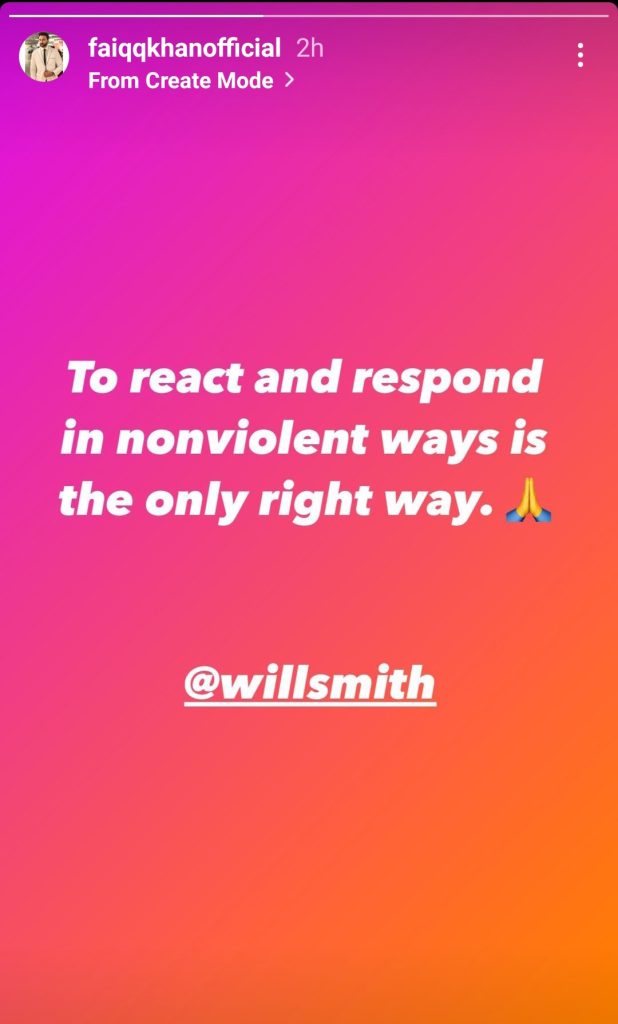 Public also commented on the issue, they said that he literally cracked joke on his wife that too about a disease which is not acceptable. Here are mixed views. 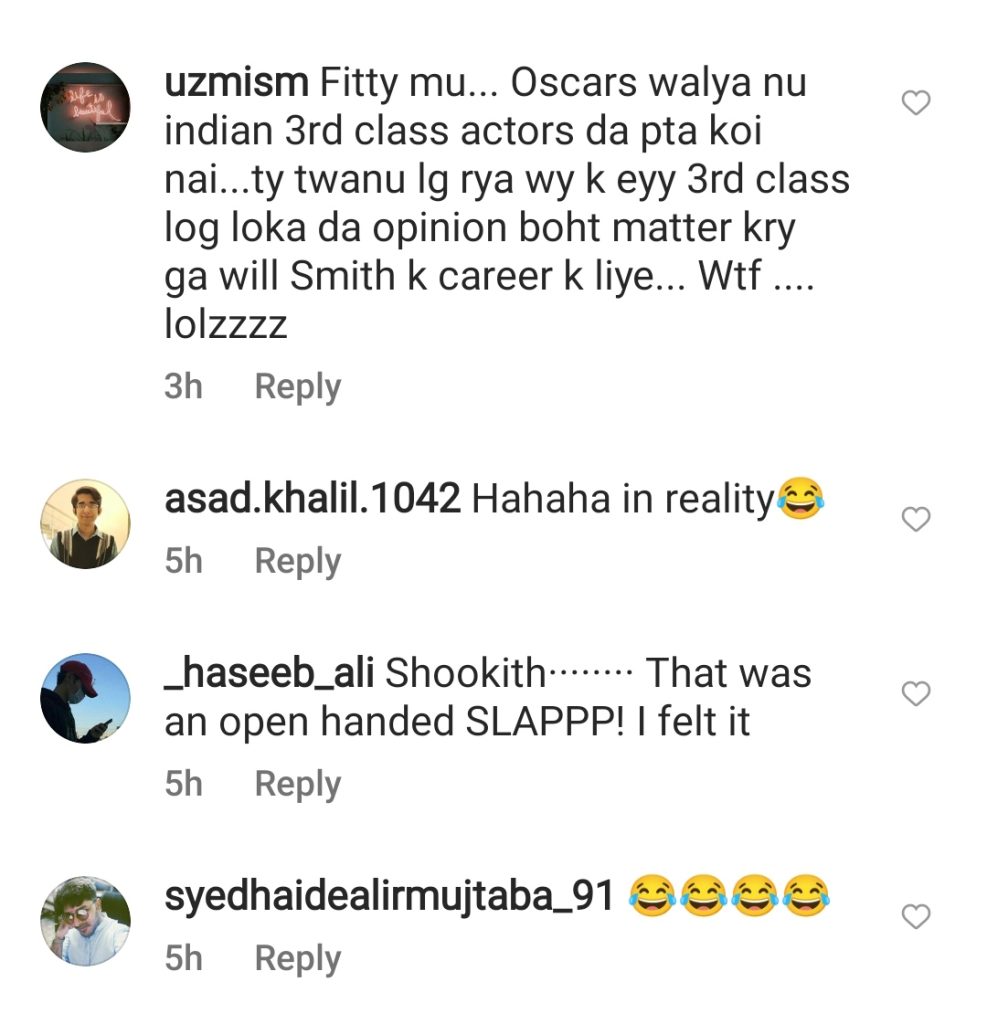 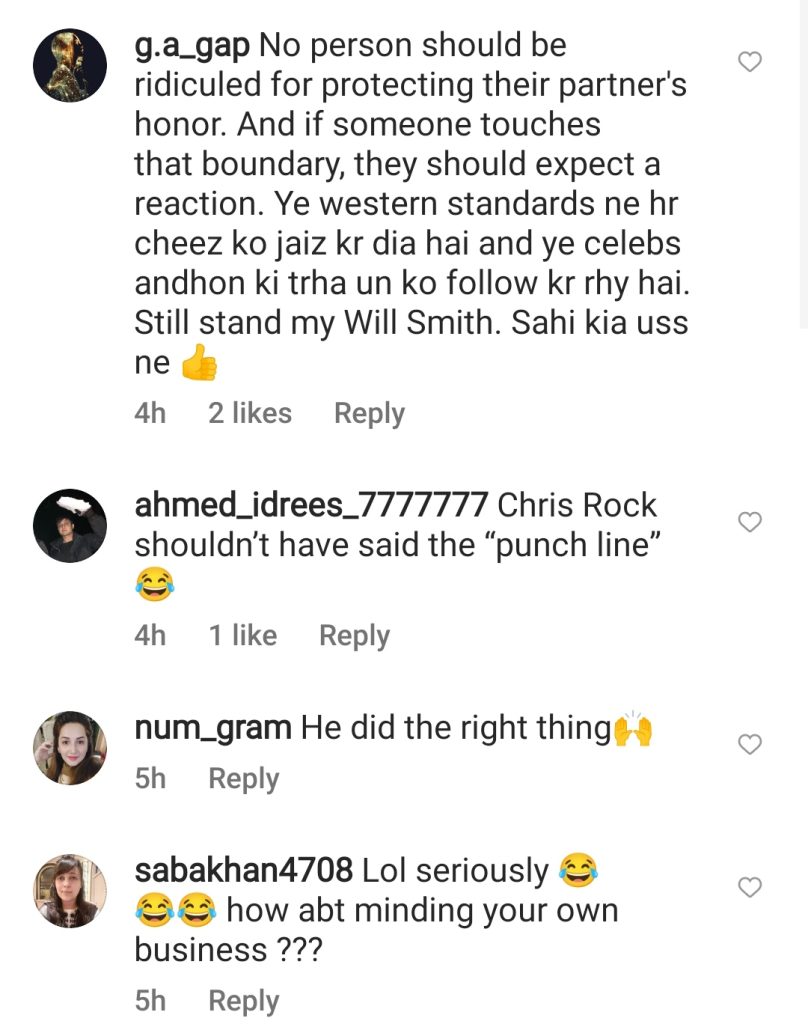 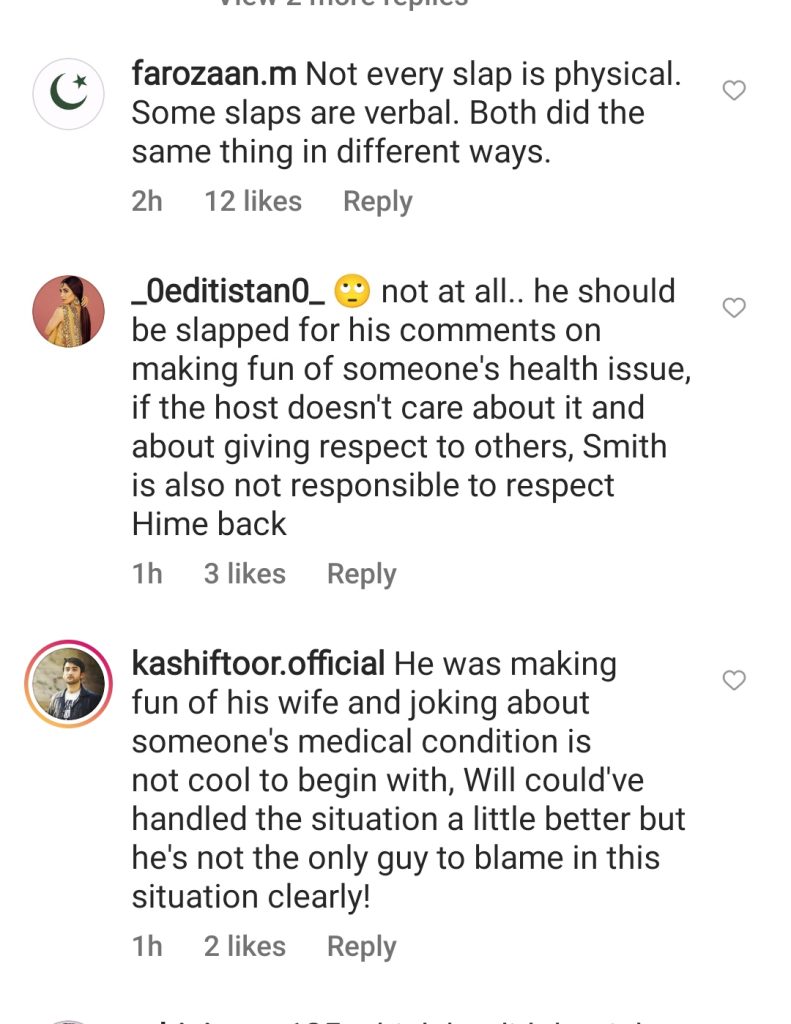 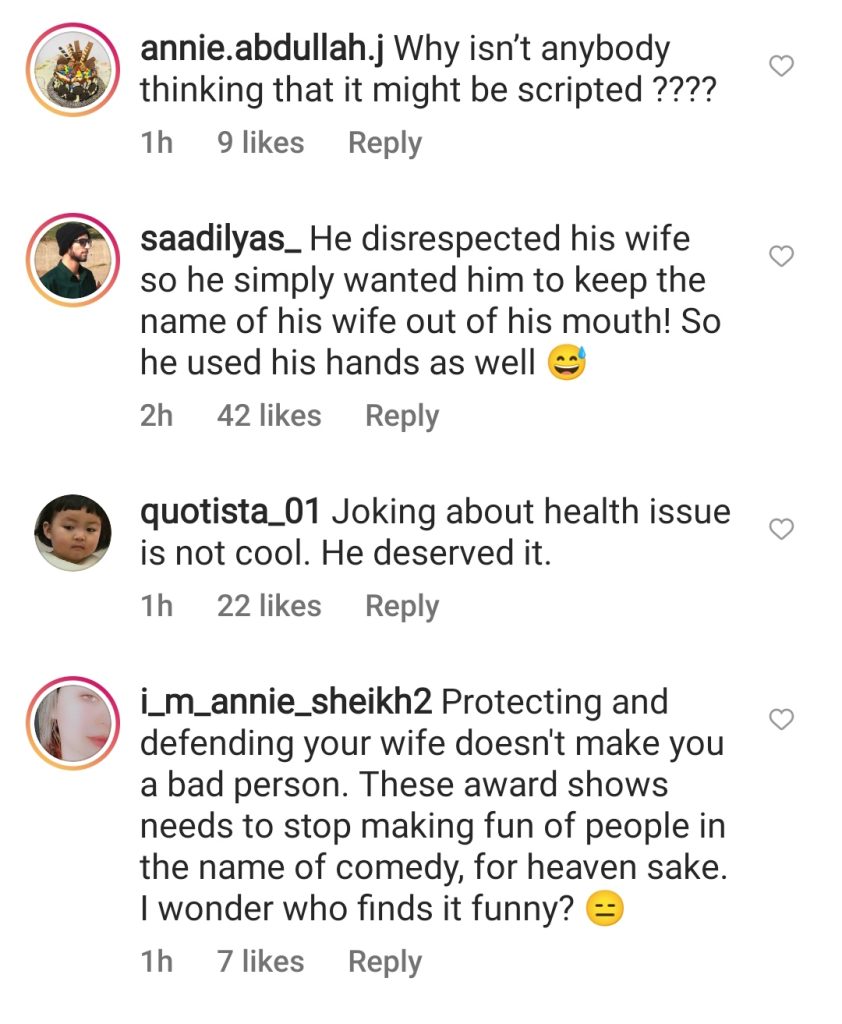 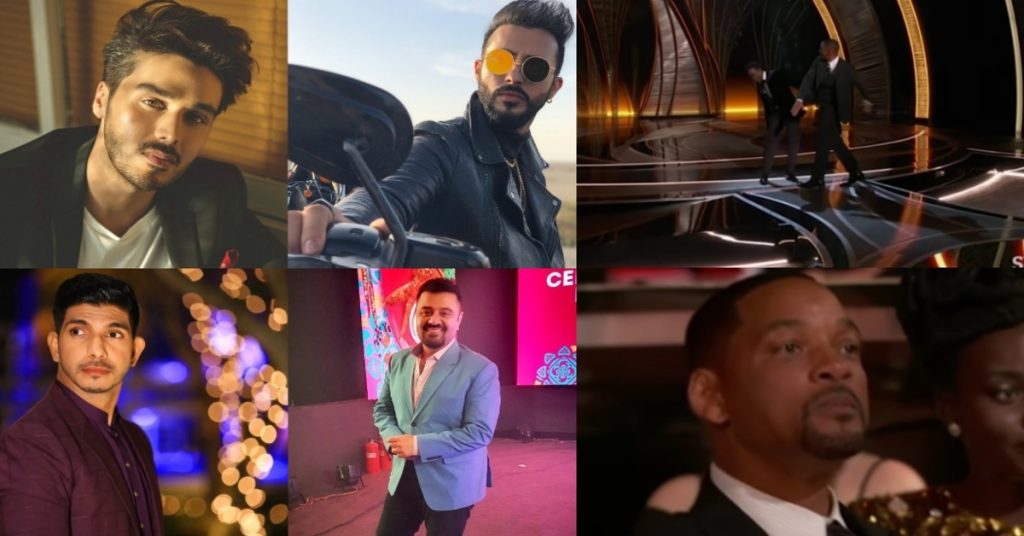 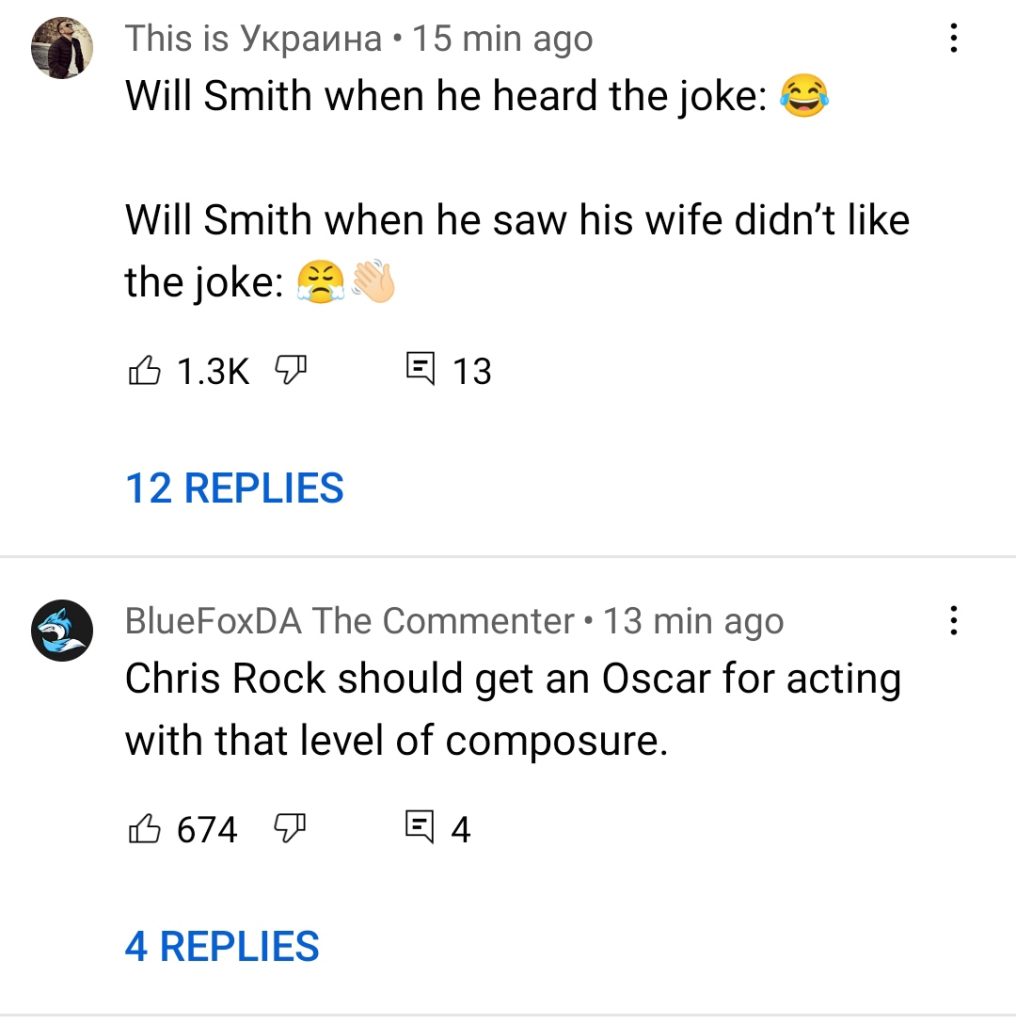 The winners of the 94 Oscars were announced at the Dolby Theater in Los Angeles yesterday. The official statement of Academy Awards has been published on their Twitter after the mishap. 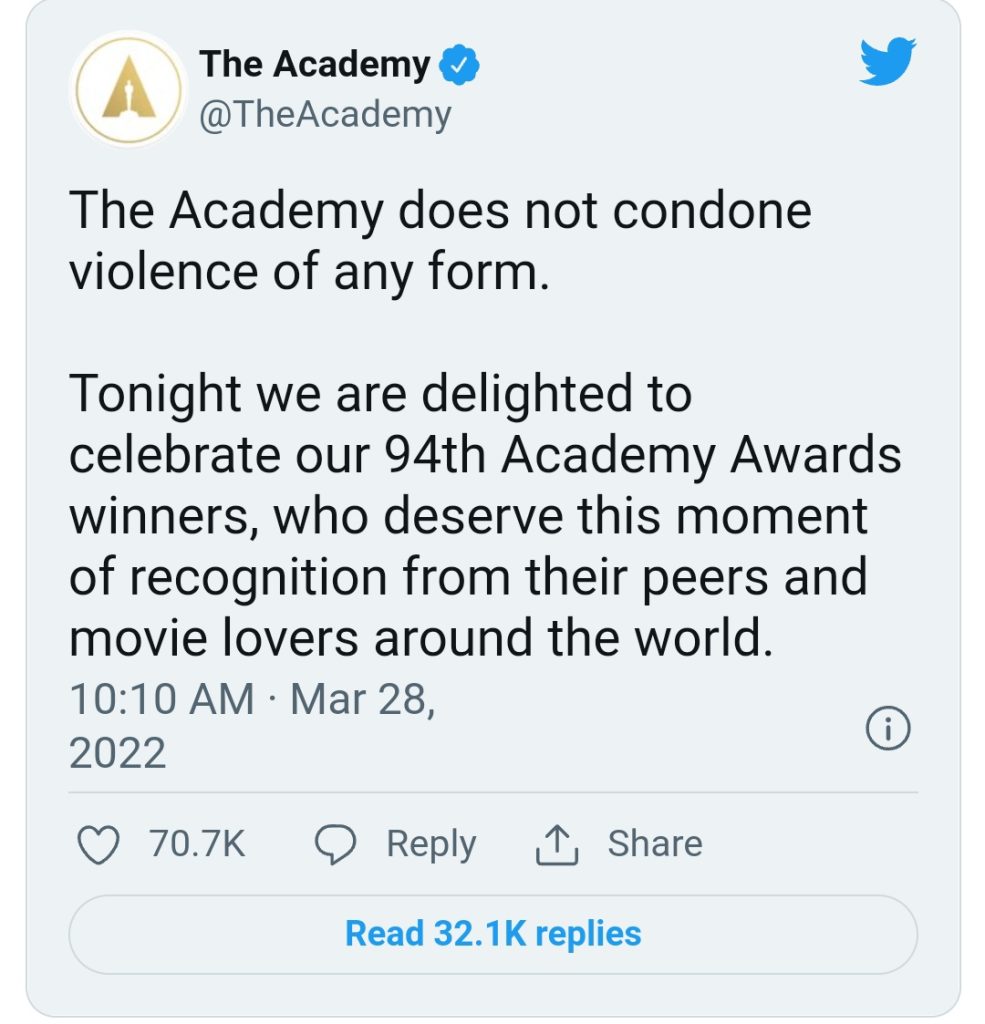 Here is what Chris Rock said to Jada,

Well, the joke about GI Jane 2 refers to the well-known film, released in 1997 which follows the plot of protagonist, Jane, played by Demi Moore, who had her head shaved in the film. 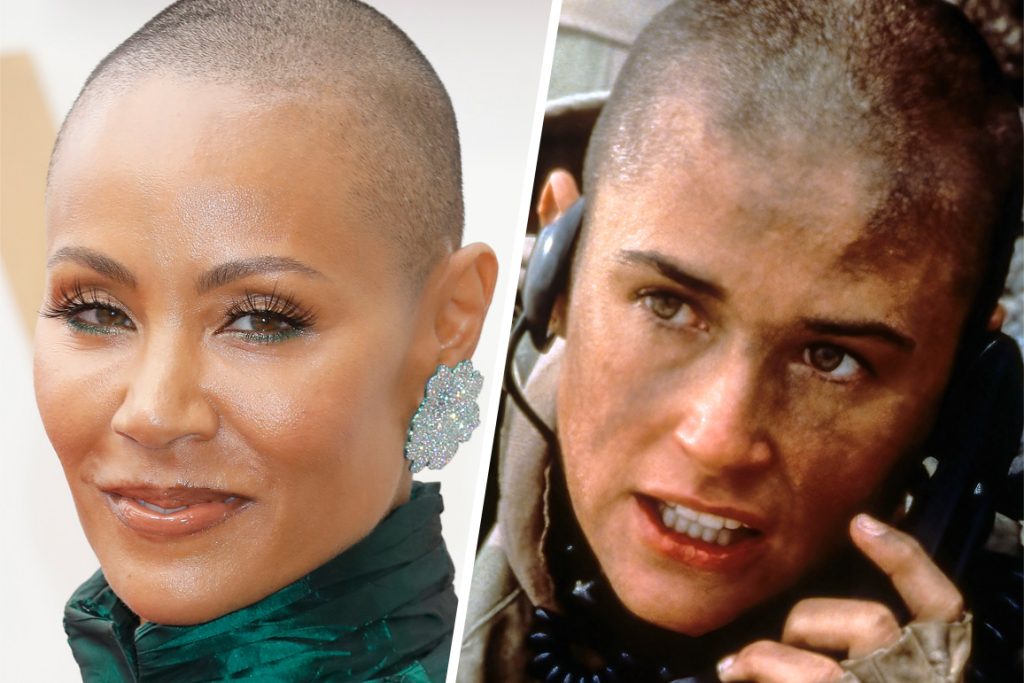