Jeeto Pakistan has totally become celebrity mania this Ramadan with many big celebrities having graced the show including Mahira Khan, Ayesha Omar, Kubra Khan, Mawra Hocane, Feroze Khan ad also players like Kamran Akmal and Amed Shehzad. It was now the time for the other Akmal brother Umar Akmal on the show and he was joined by another celebrity guest that is none other than Ramsha Khan.

Umar Akmal came on the show in a black shalwar kameez while Ramsha Khan was wearing a pastel pink outfit. The duo was greeted by a zealous audience and Fahad sure makes the show extremely energetic. Here are some clicks of the three celebs from the sets of Jeeto Pakistan: 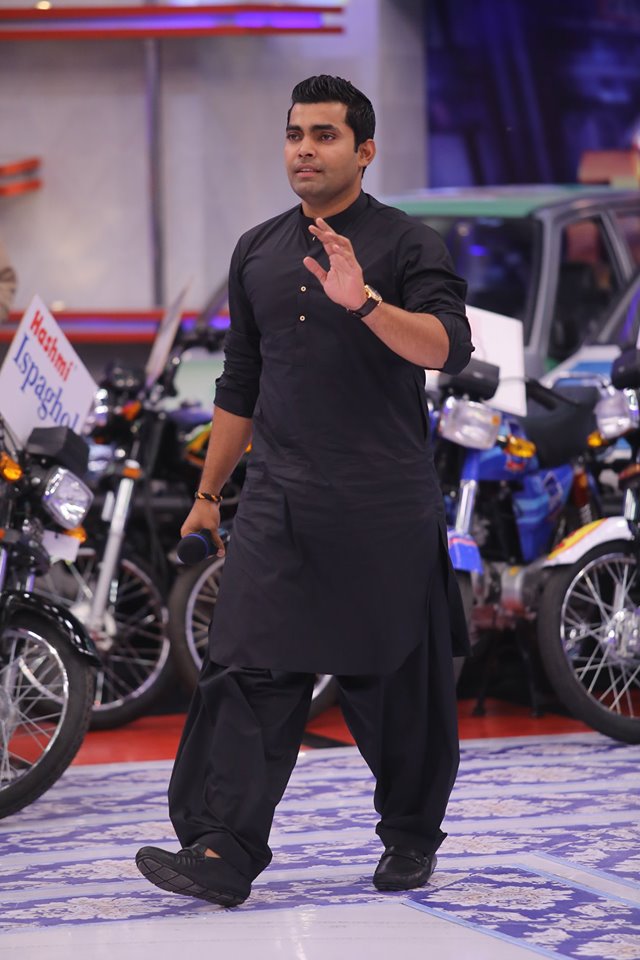 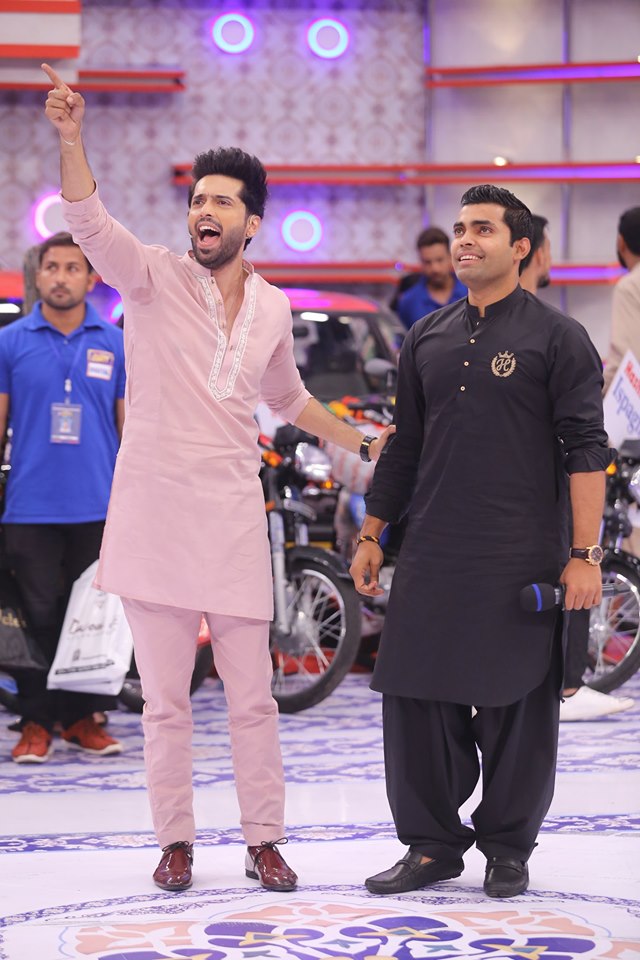 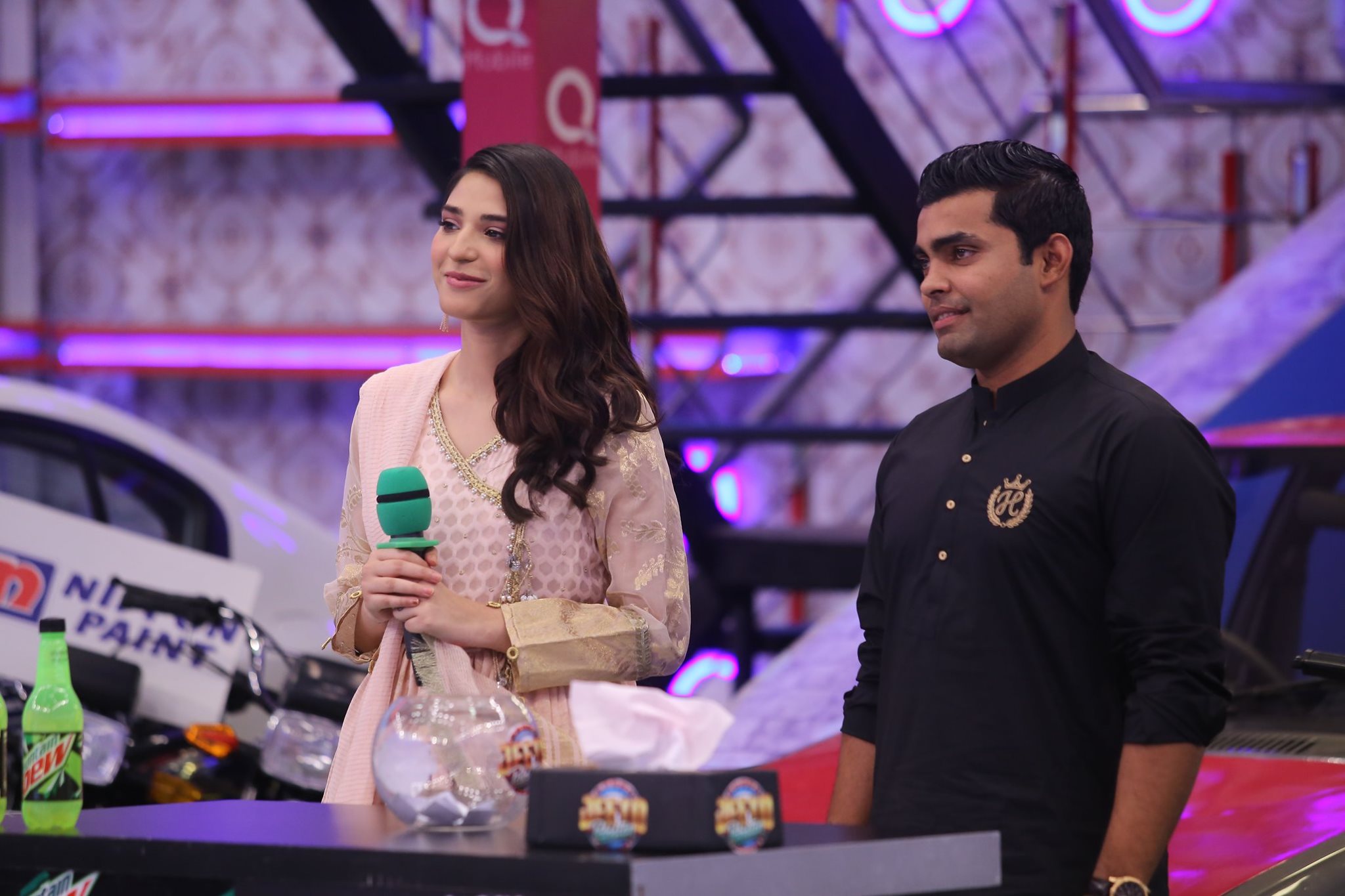 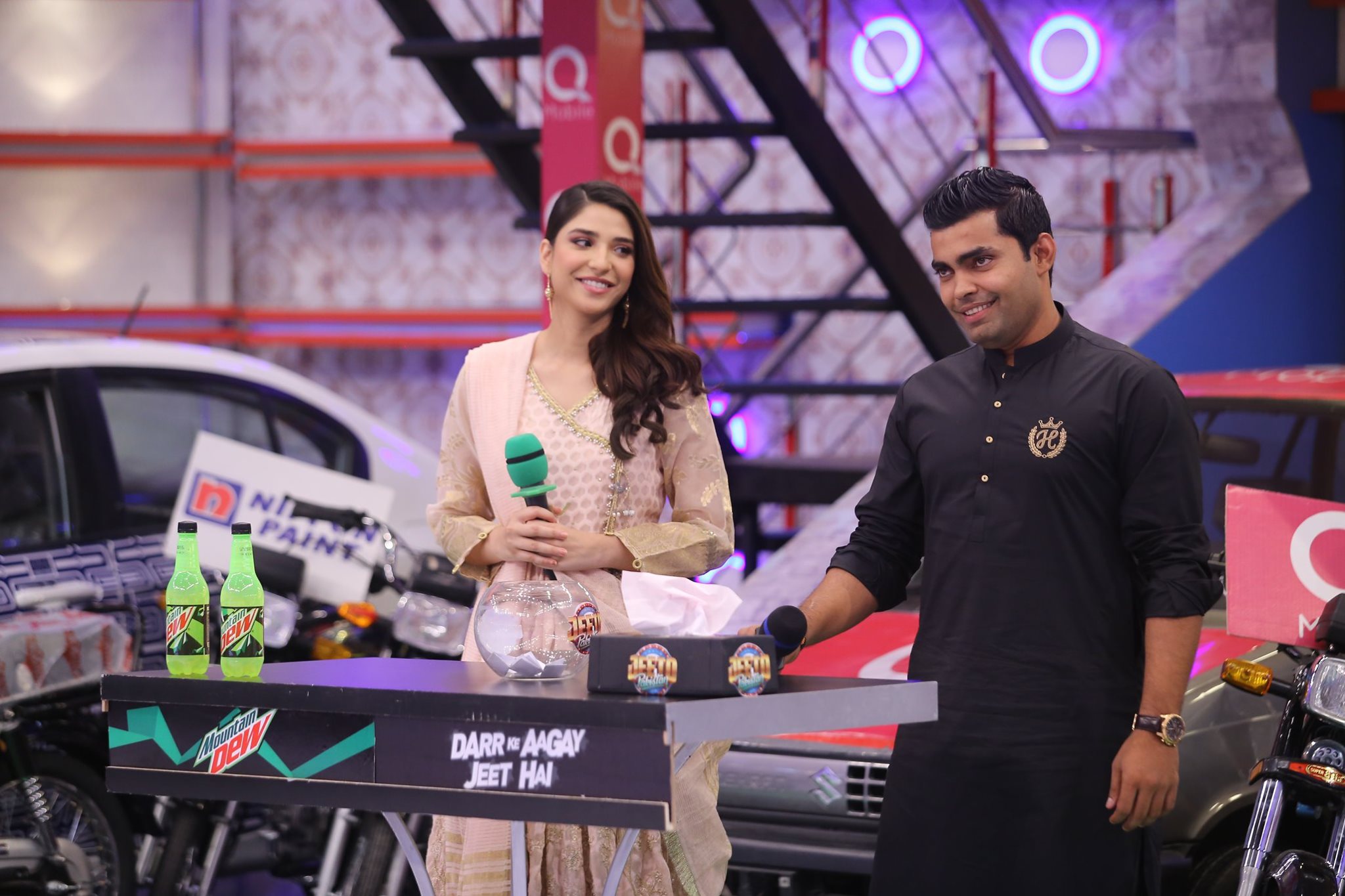 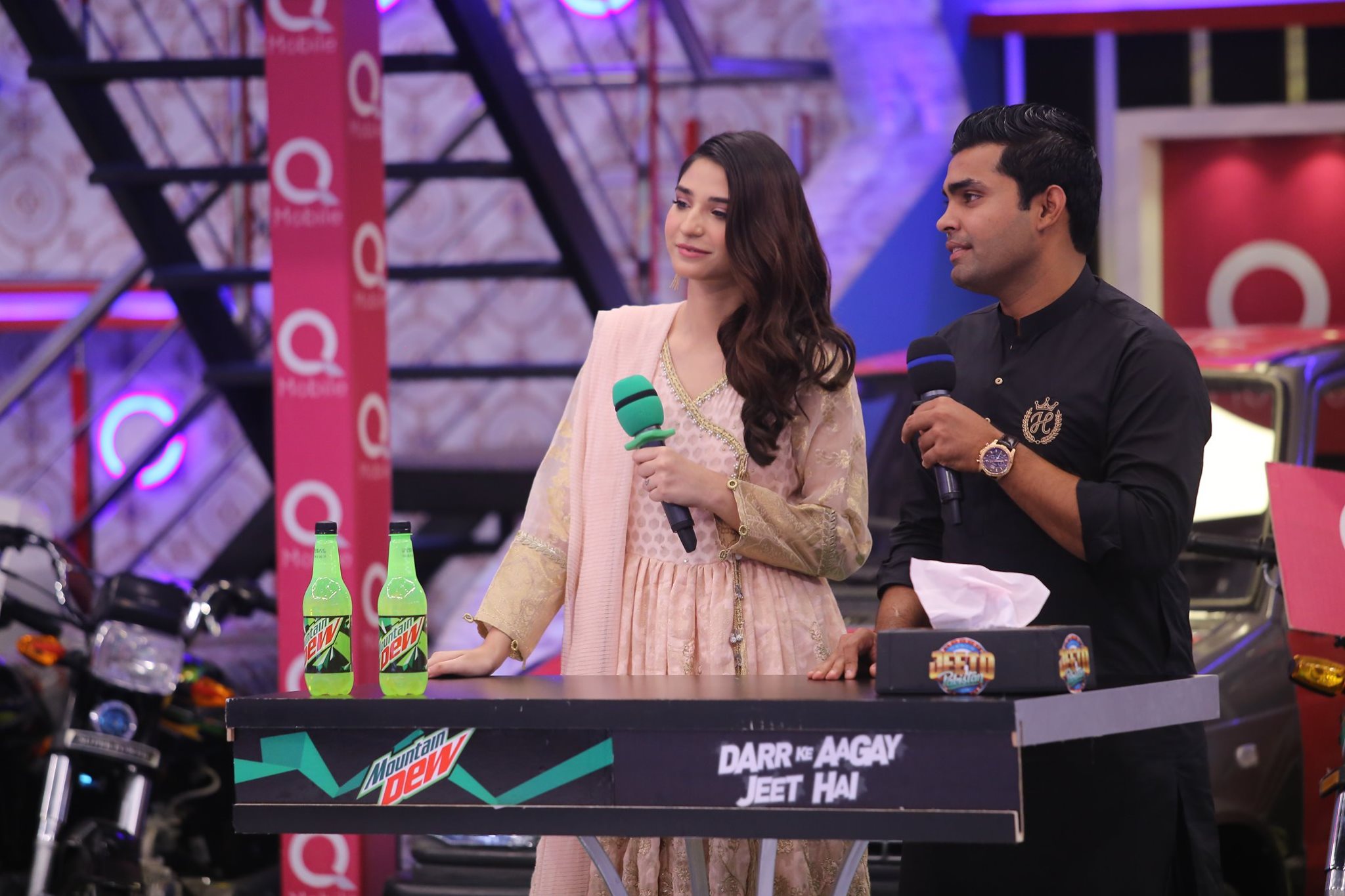 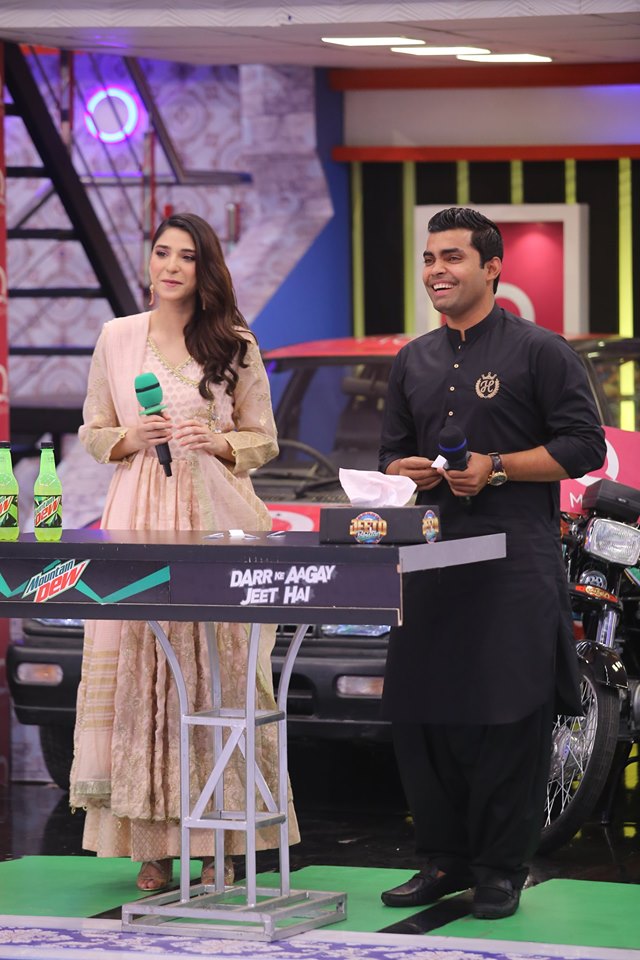