Yumna Zaidi and Wahaj Ali’s new drama Tere Bin has become the recent talk of the town. The fans of actors are eagerly waiting for the drama to glimpse their amazing chemistry. The teasers and OST of the drama have already been released by Geo Television Network. Tere Bin is a 7th Sky Entertainment’s production. The stellar cast of the drama includes Yumna Zaidi, Wahaj Ali, Bushra Ansari, Farhan Ali Agha and Fazila Qazi. The drama will feature the love story of Yumna Zaidi and Wahaj Ali. The director of the drama is Siraj Ul Haq and it has been written by Nooran Makhdoom.

Well , Yumna Zaidi and Wahaj Ali’s fans are loving the upcoming onscreen pairing, they are also liking storyline of the drama but the heavy make up look of the Pyar Kay Sadqay actor is getting a lot of backlash. Yumna Zaidi’s fans are of the view that all the faces are not meant for make-up and Yumna Zaidi’s face is surely one of them. Facebook users have agreed to them, many others didn’t agree and further elaborated their views. First have a look at the her pictures:

Fans agreed to the post and said that Yumna Zaidi doesn’t need makeup as her acting and innocent face work wonders for her. A few fans said that too much makeup is the need of other actresses. Many of the girls were of the view that Yumna Zaidi is now an aged actor and after some time, the makeup becomes a necessity on the screen in order to hide flaws of the skin. Many other Facebook users passed ageist comments and said that in this particular drama Yumna Zaidi is looking old. Well, a Facebook user said Yumna Zaidi is not too young and it’s Siraj Ul Haq’s drama who portrays a young girl as a mature one, she gave an example of his drama Fitoor in which Hiba Bukhari was looking old. Here are all the comments: 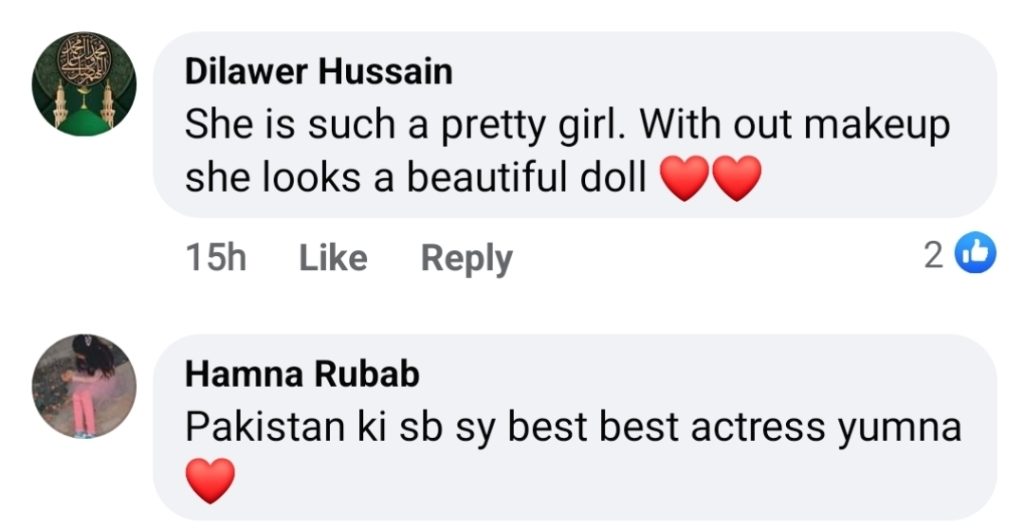 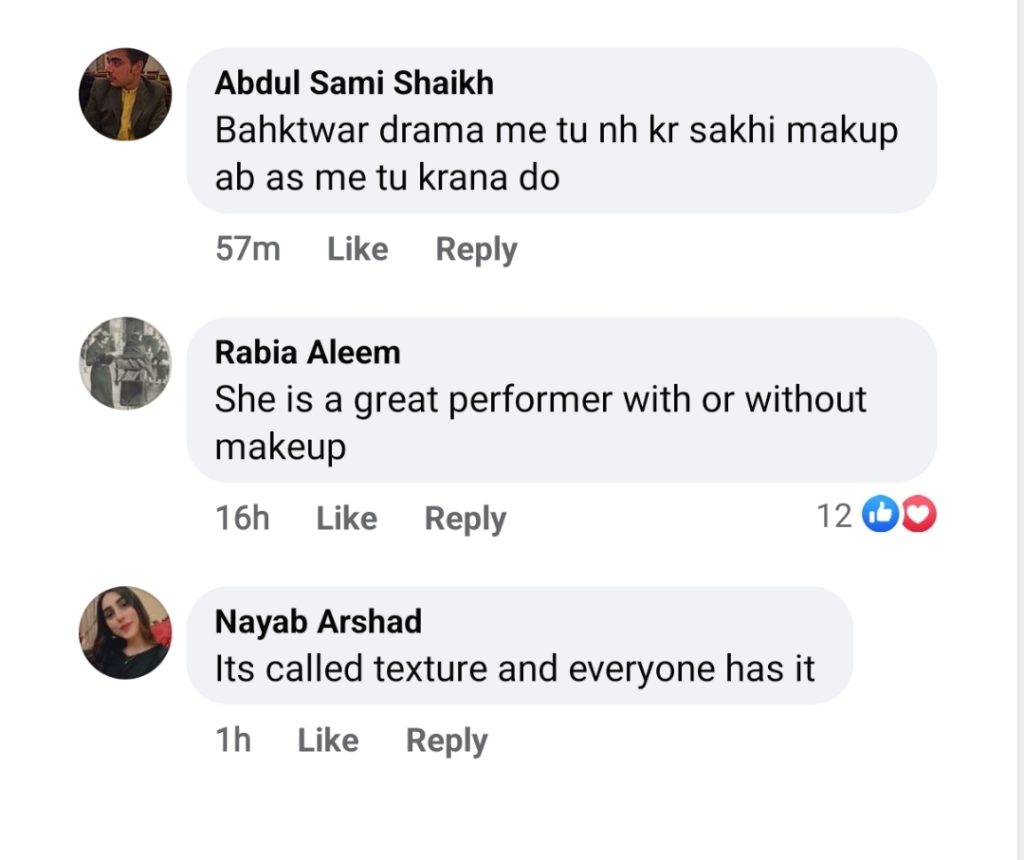 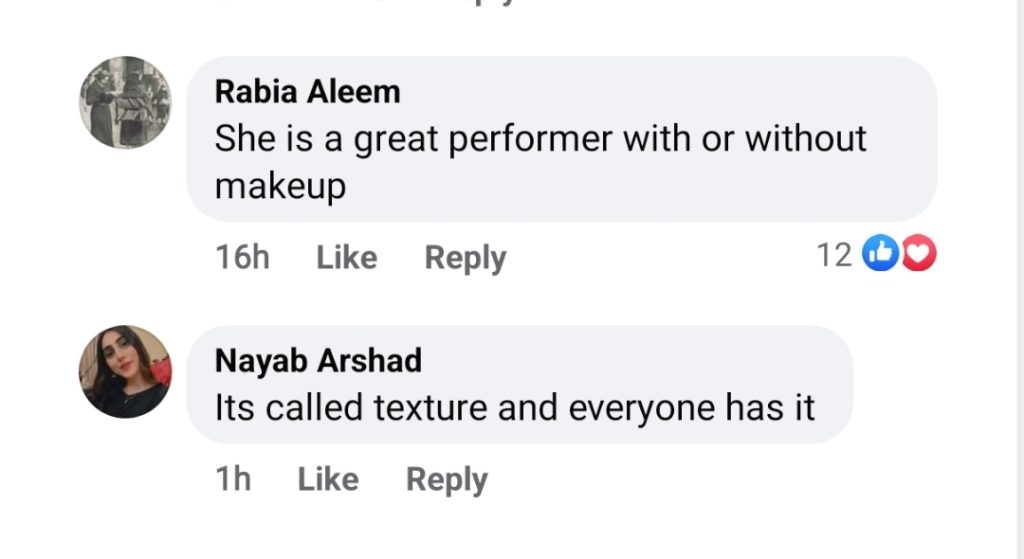 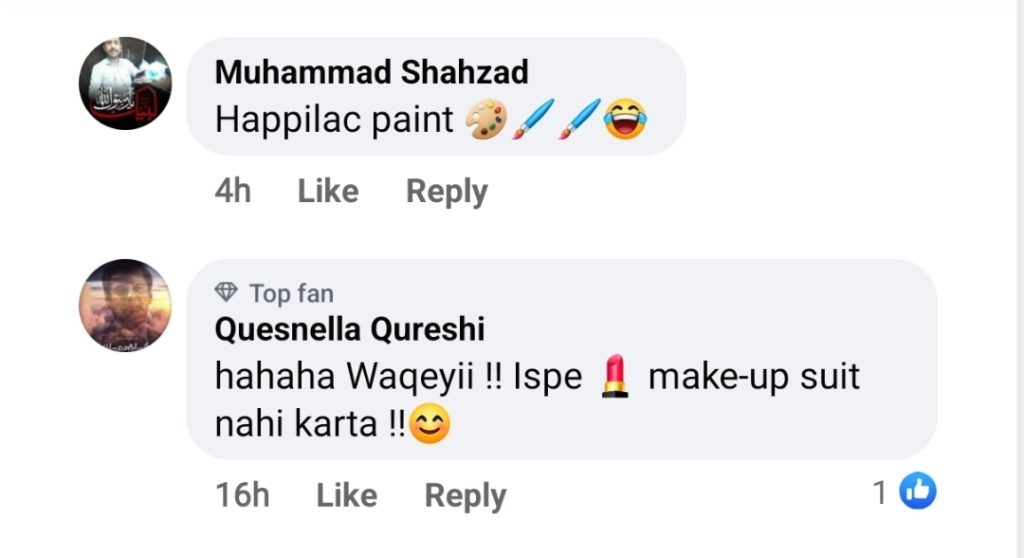 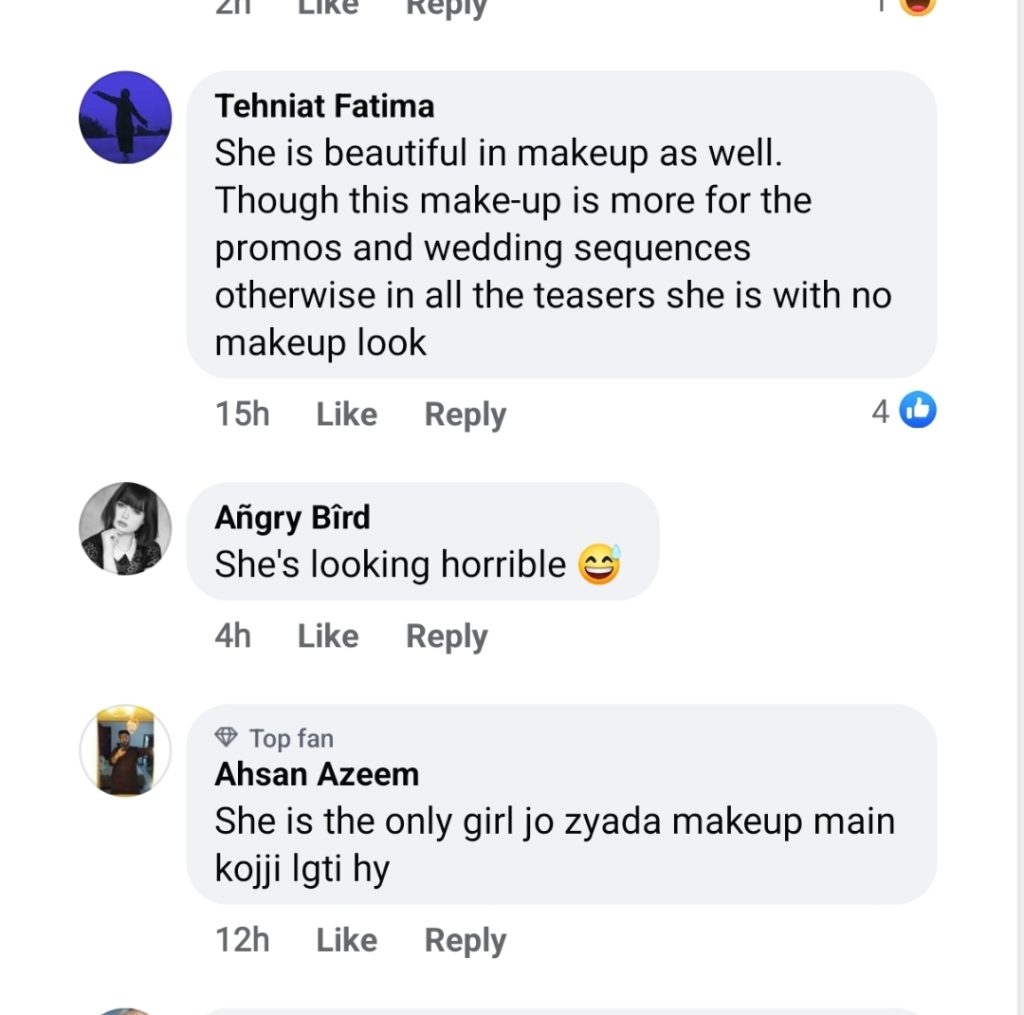