Everything Thing You Need to Know About Kaisi Teri Khudgarzi

Durrefishan Saleem has recently appeared in “Haute Talk with Amna Isani” in which she talked in detail about her drama serial Kaisi Teri Khudgarzi, she revealed the hidden facts and stories about the most talked about drama. She also talked about difficulties while portraying Mehek’s character. 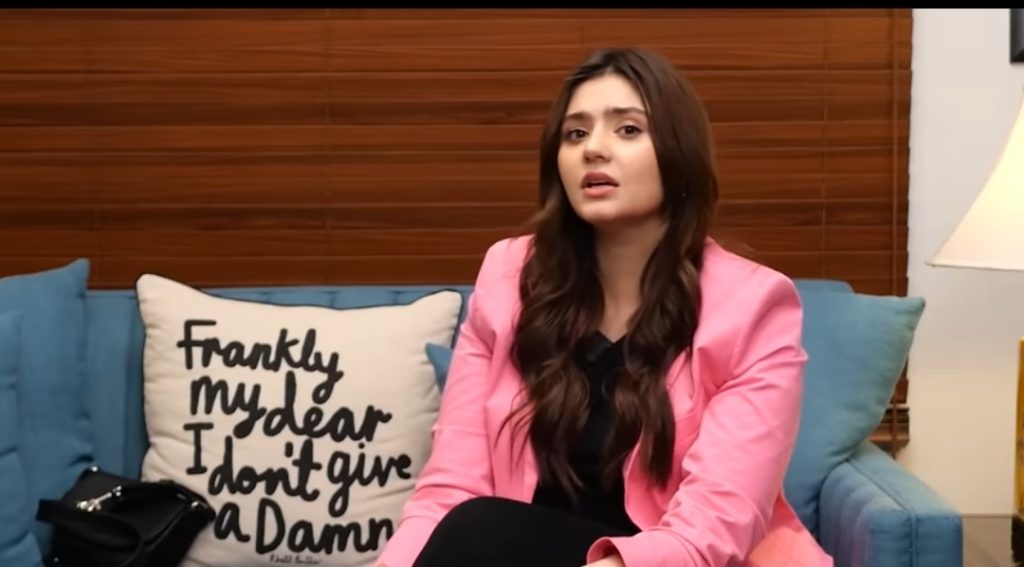 Talking about script selection, Durrefishan said, “The director Ahmad Bhatti told me synopsis that the story is inspired from a popular drama, it’s a story of innocent girl, people like such stories, he also told that the guy is violently in love with a girl and she’s showing the resentment, I read first 10 episode and I was foreseeing the criticism also it was executed larger than life that’s why it became bigger from what was written. We shot it last year, last year, I had little knowledge about choosing scripts but I knew what I was stepping in”. Here is what she talked about selection of such a script :

Talking about doing Mehek’s character she said that she had difficulty in portraying a simple girl’s character because she’s different in her real life she’s modern, she doesn’t wear duppattas and Shalwar Qameez. She said that the director trained her properly for Mehek. She said she added the little detailings to the character with the help of her director:

Talking about her difficulty playing Mehek with big co-stars, she said, “Mehek was difficult character because I had to do it with expressions and eyes, I had difficulty doing the scene with Nauman Ijaz in last episode because a monologue with Nauman Ijaz was difficult, his one stare can destroy your skills but he’s chill person, he’s helpful. Well, Nauman Ijaz was cool to work with. Working with Danish was difficult, he’s serious with his work, we used to discuss scenes, I also loved working with Danish, when we did the famous candle light scene, we were quite easy with each other, we did that one scene in a whole day. It was difficult. The director took shots from all sides, it went well. We don’t know the little details about what would look good on screen but our director Ahmad Bhatti was intelligent enough and it turned out perfect.”

Talking about the story and playing such a character in future, Durrefishan Saleem said, “I agree that this is the kind of story which should not be told but let me tell you it was a real story, the producer knew the guy who did that and he died, it wasn’t mentioned anywhere but you can ask the details about it from the director, he might be knowing exactly about it, yes I can say that I won’t do such a drama in future but I can’t regret it because I signed the script which wasn’t by force”

Talking about execution of controversial scenes, she said that the directors, actors and team are bound to perform as the production decides the execution on its own, actor and directors have to follow them. In Kaisi Teri Khudgarzi, the cast knew each and every thing about the scenes and execution and the cast questioned it and changed it as well, like Ateeqa Odho didn’t slap on screen. We used to raise question as well but ended up doing scenes.