Today, Syeda Aliza Sultan and Feroze Khan’s case hearing was held in Karachi High Court. The latest hearing ended without any results. The matter is still unresolved. Syeda Aliza Sultan and her lawyer suggested Feroze Khan to meet his kids for 8 hours which was refused by him. Feroze Khan’s lawyer has said that the parties should act sanely and would hear each other with the purpose to solve the issues. He said that Syra Yousaf and Shahroz Sabzwari are the perfect examples of moving on gracefully which other party should learn. However, fans said that Feroze Khan was looking devastated and sad in the video. A few fans noticed that he has held his tears back. Have a look at the video:

Here are the comments which were posted by Feroze Khan’s fans in which they hinted at his emotional break down after the recent court hearing. Have a look: 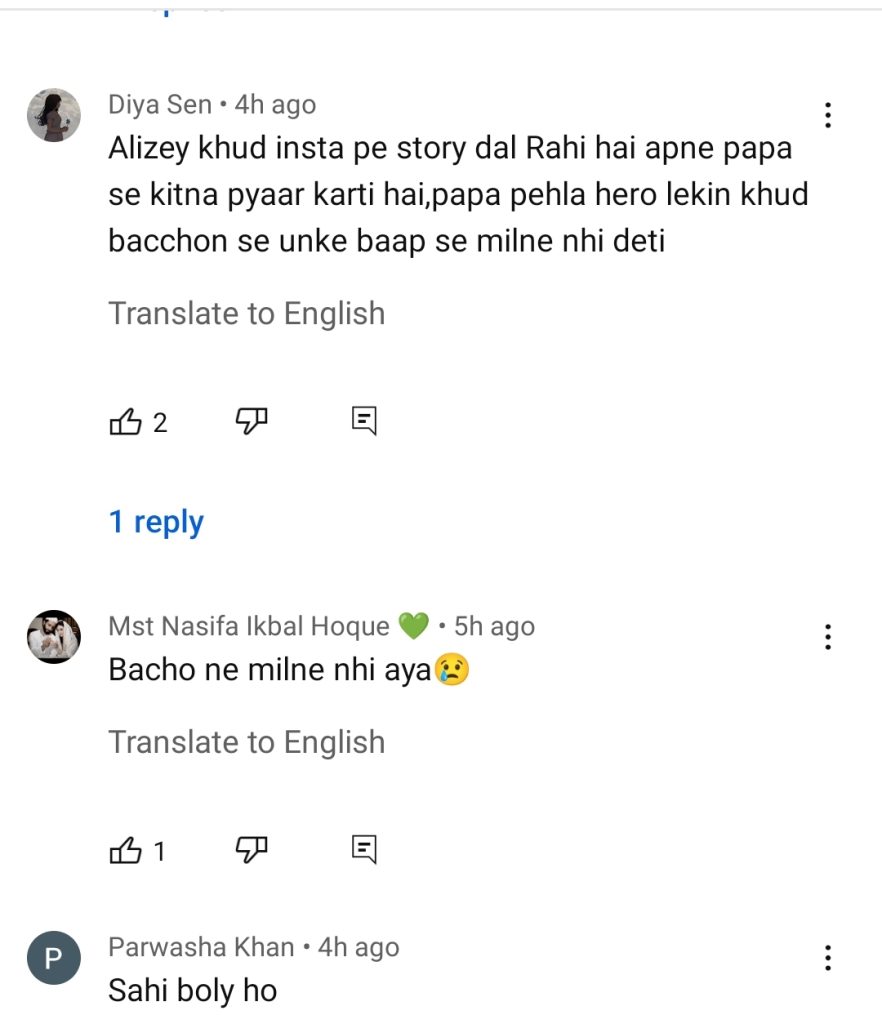 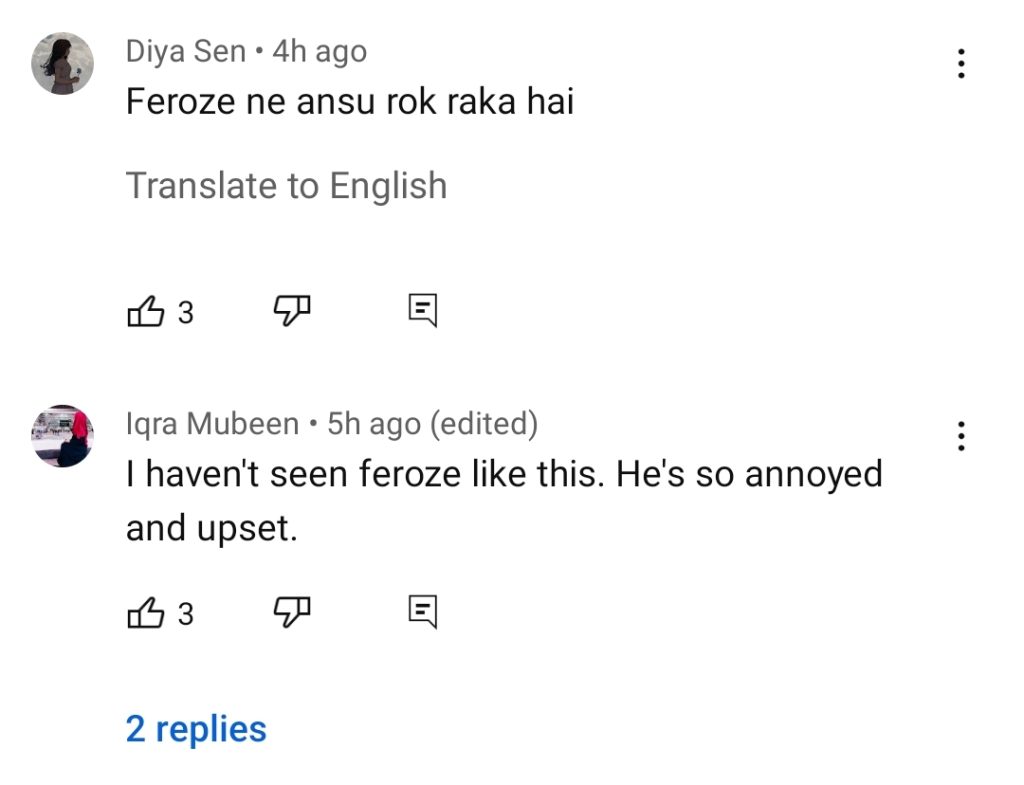 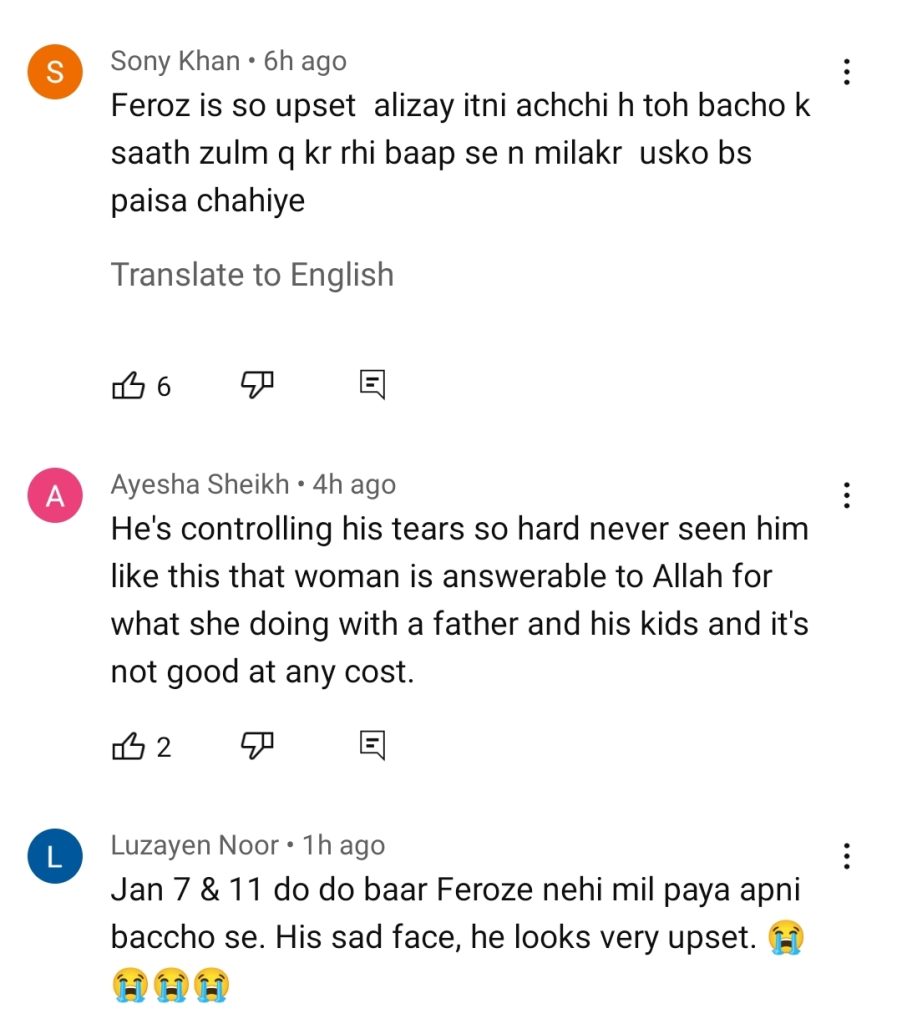 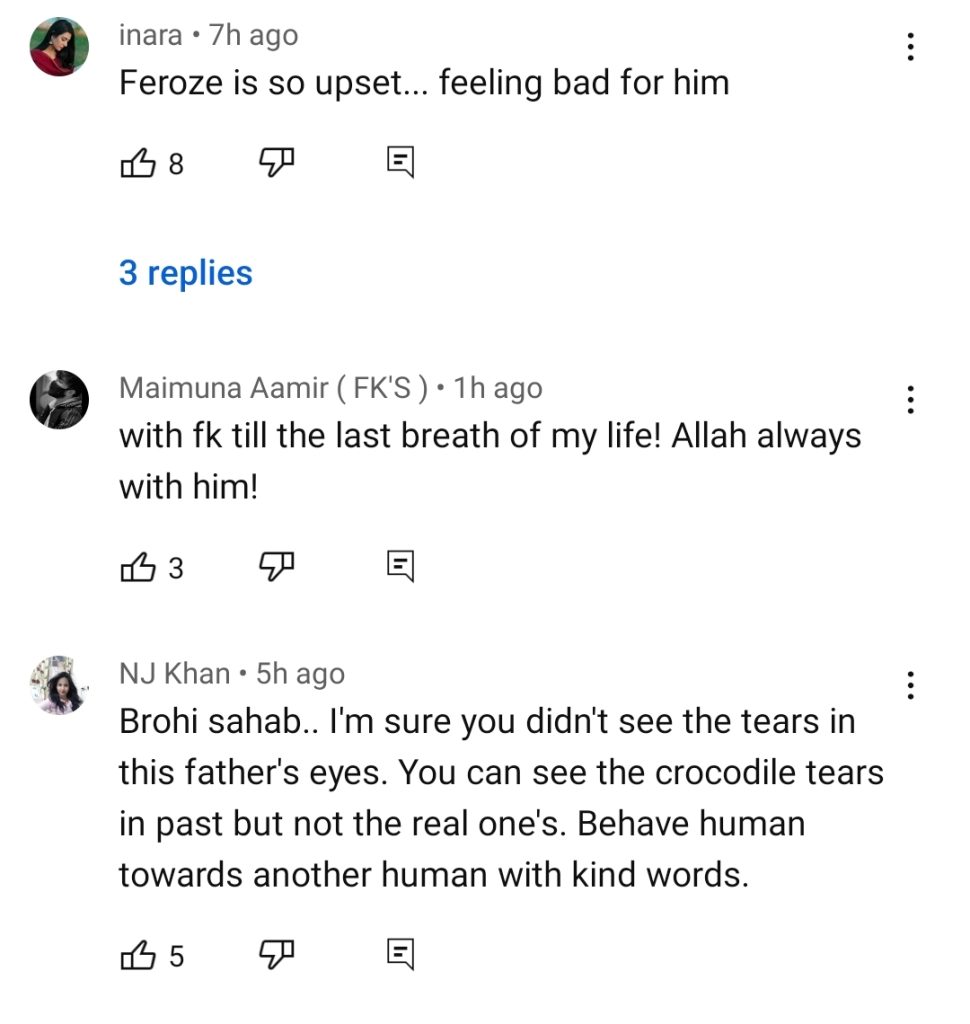 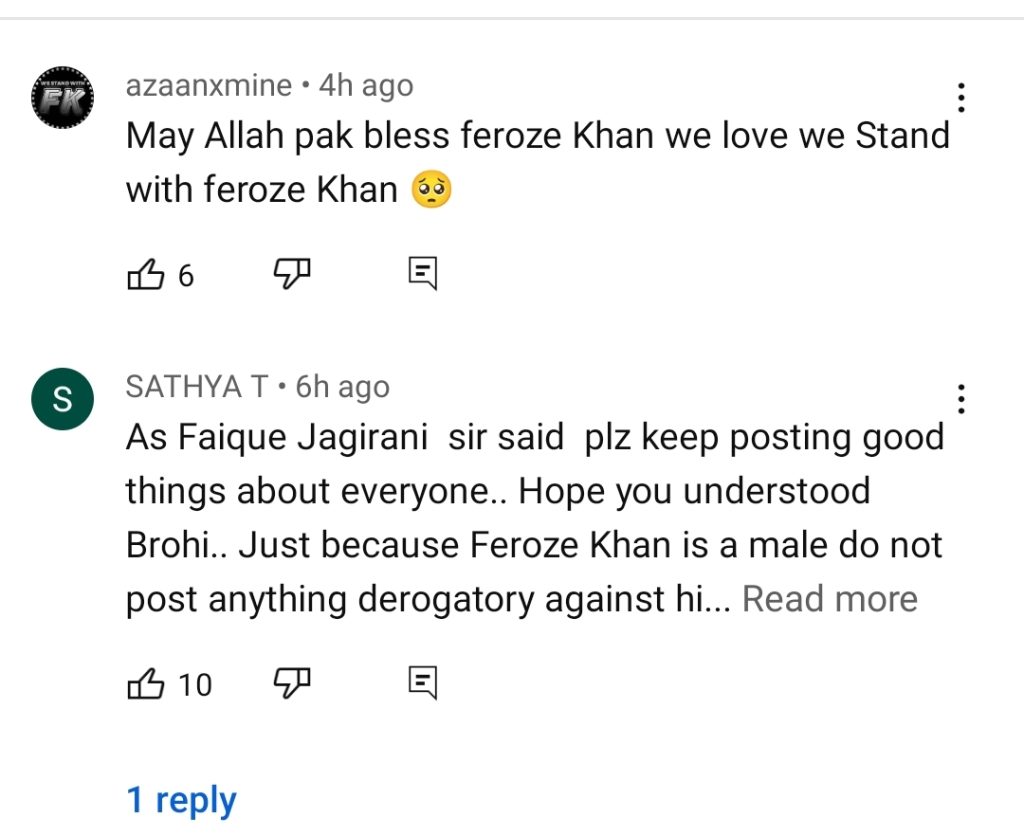 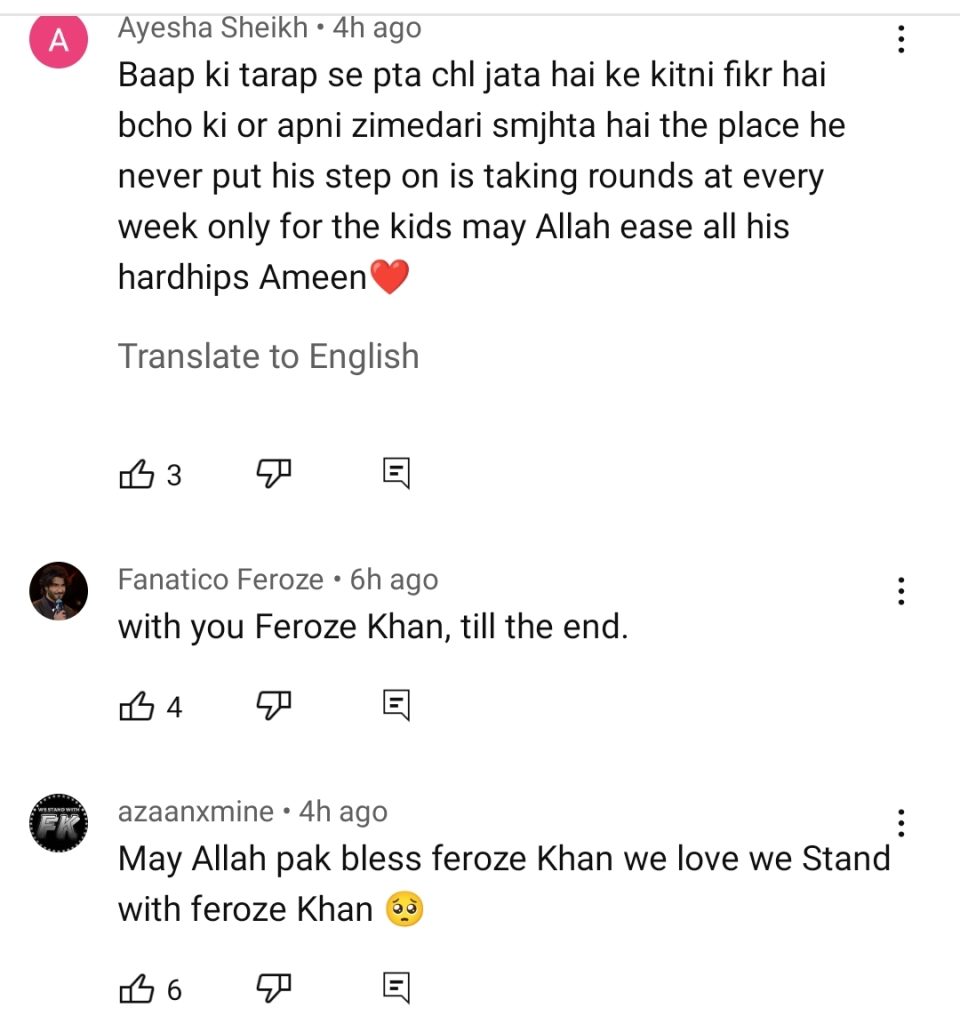 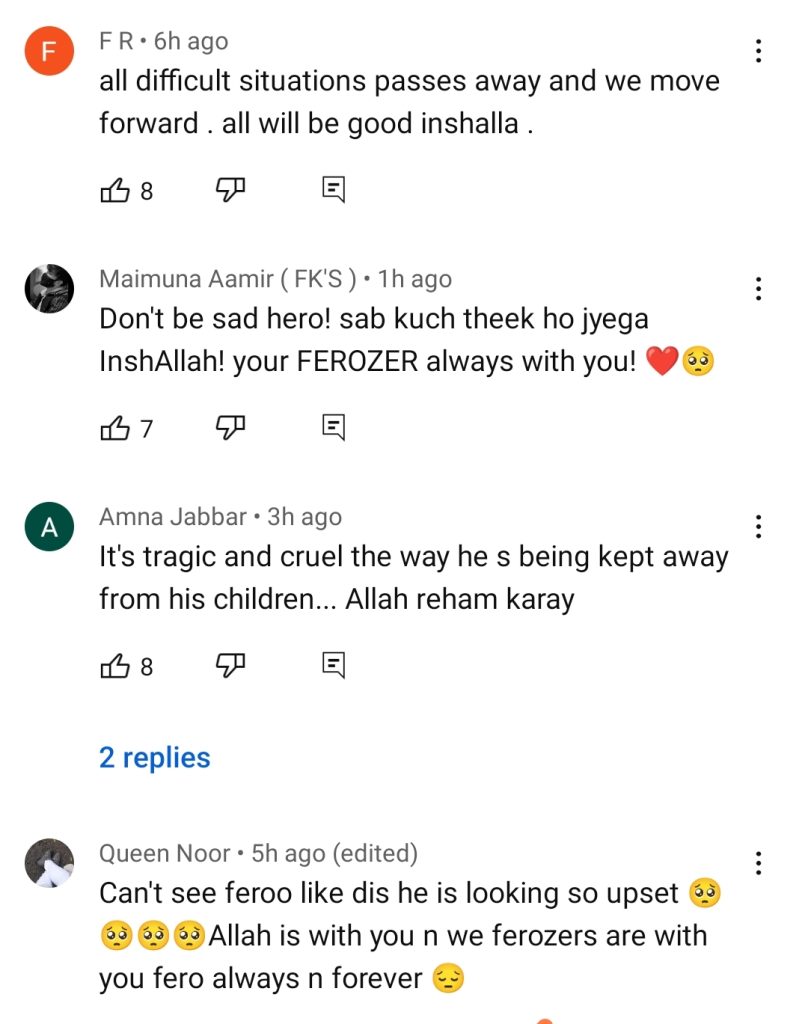 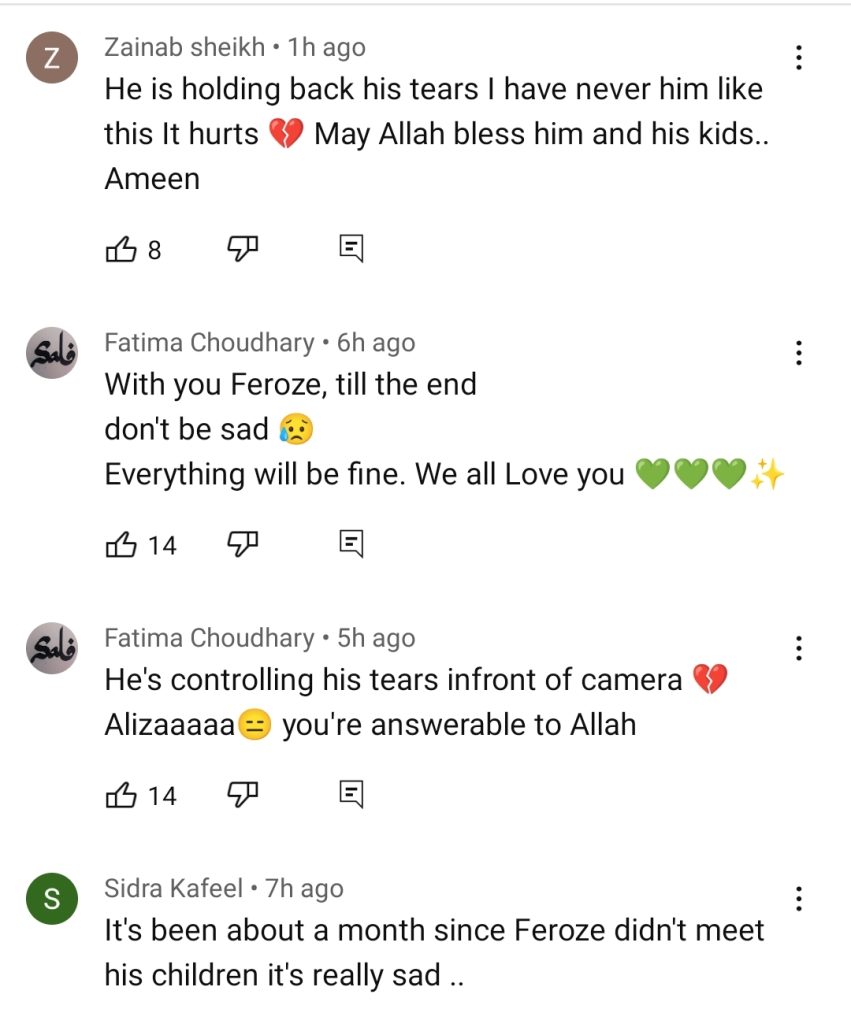 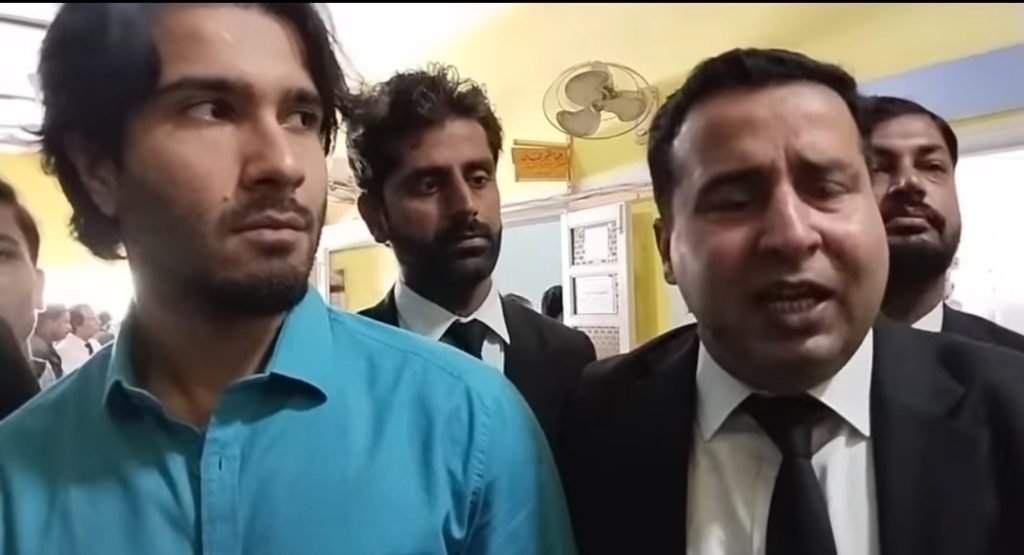 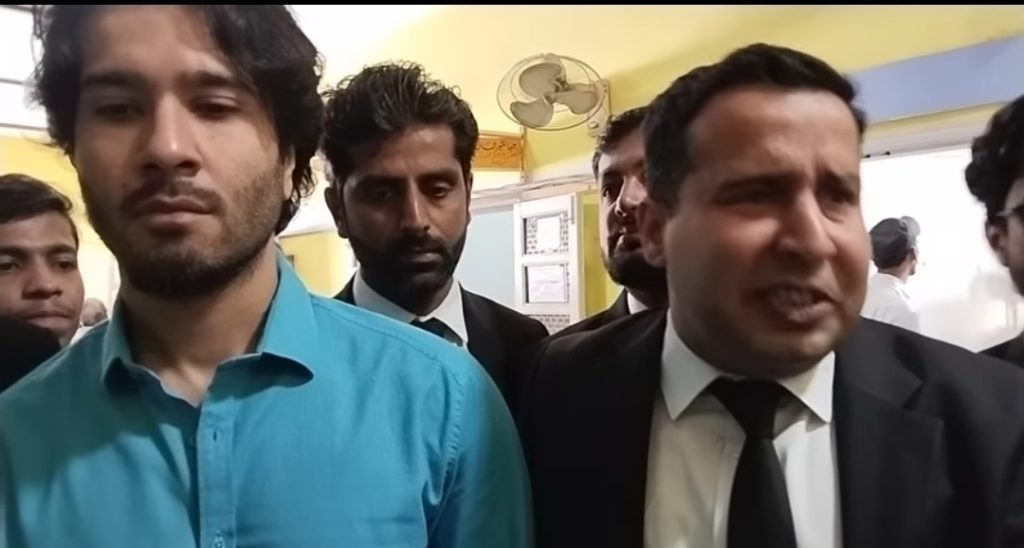 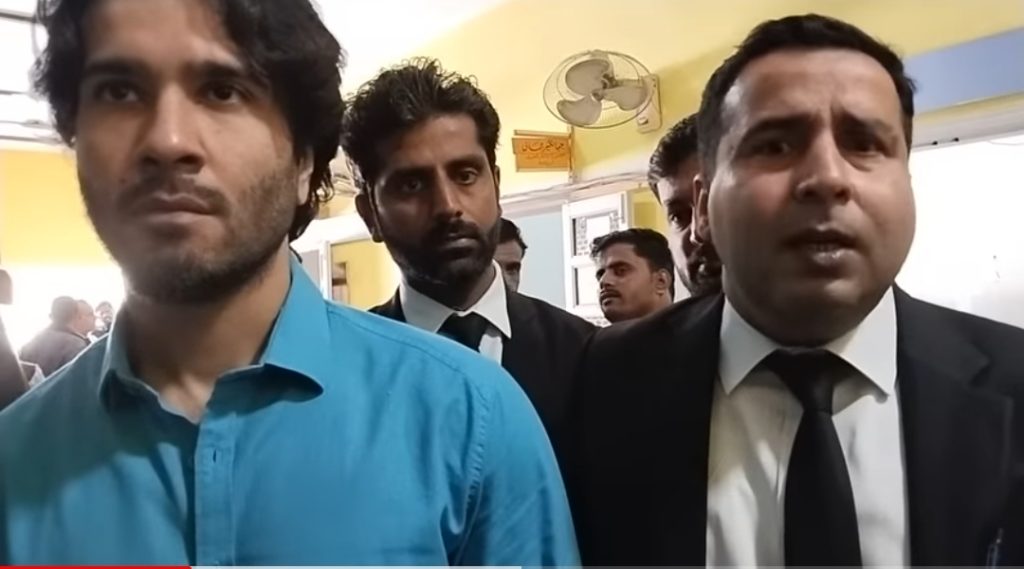 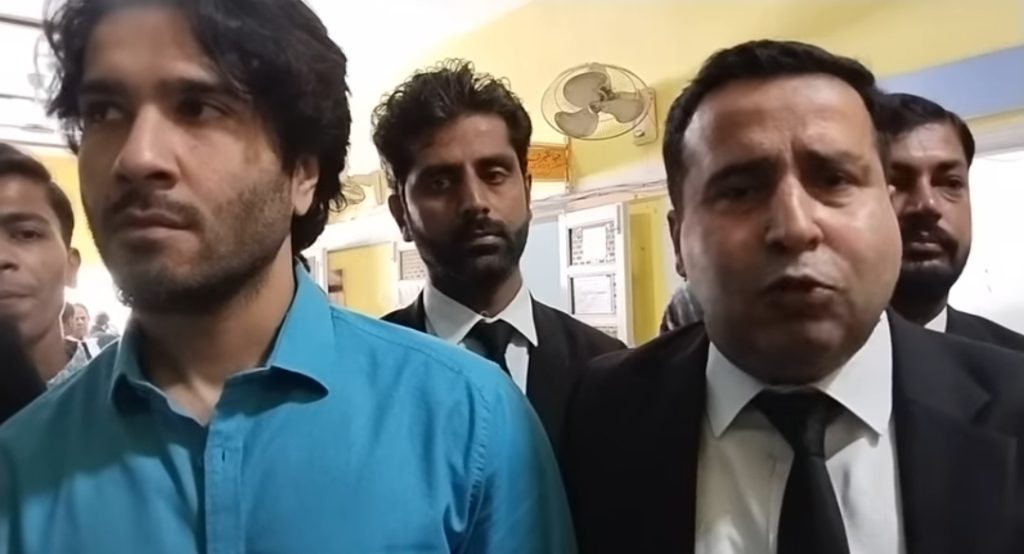