Finally, the release dates of Saba Qamar’s film Hindi Medium alongside Bollywood star Irrfan Khan, have been announced.The film is all set for its release on March 31, 2017.

In the upcoming film, Saba plays the Saba plays Irrfan’s imposing and chirpy wife. The film, Hindi-Medium directed bySaket Chaudhary, has its story revolving around the lives of a middle-class couple settled in Chandni Chowk, Delhi.

Speaking about the film to Images in an earlier interview, Saba spoke effusively about her co-star’s acting, “I was awestruck by the way Irrfan works, I used to keep looking at him while he delivered his scenes. He’s one brilliant actor and a pleasure to work with.”

Saba also shared that she had a great experience working in India, the team with all its efforts and support made it feel like home. 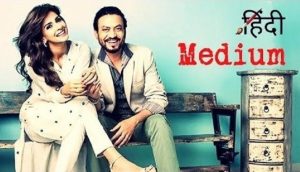