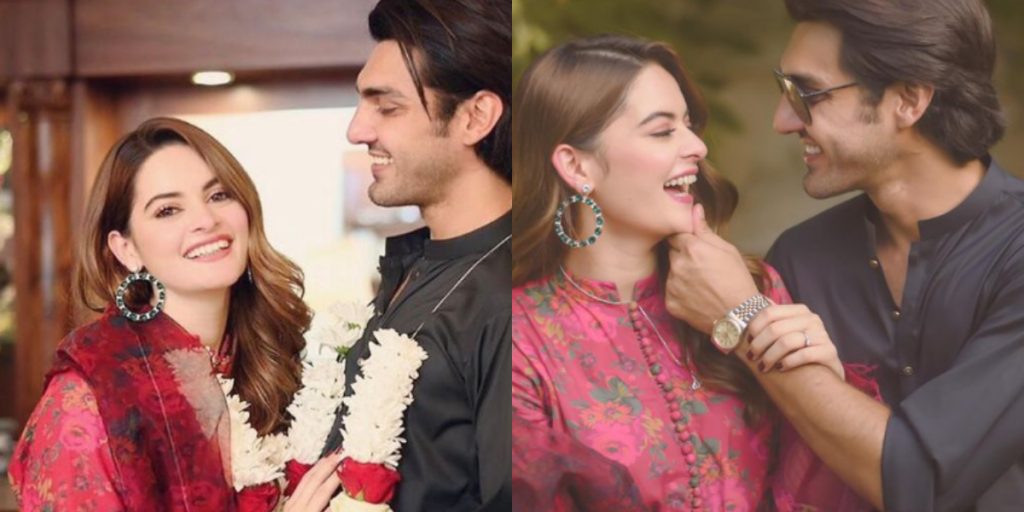 Lately, Ahsan Mohsin Ikram’s father Mohsin Ikram posted the famous fun video from Doodh Pilai function. He was happily posting pictures and videos from event which were ruined by fans. The random commentators came into the post and started trolling Minal Khan and her family. Fans accused Minal’s family of being greedy, on another instance, a fan asked him to stop posting pictures and videos from wedding as the wedding is over now. 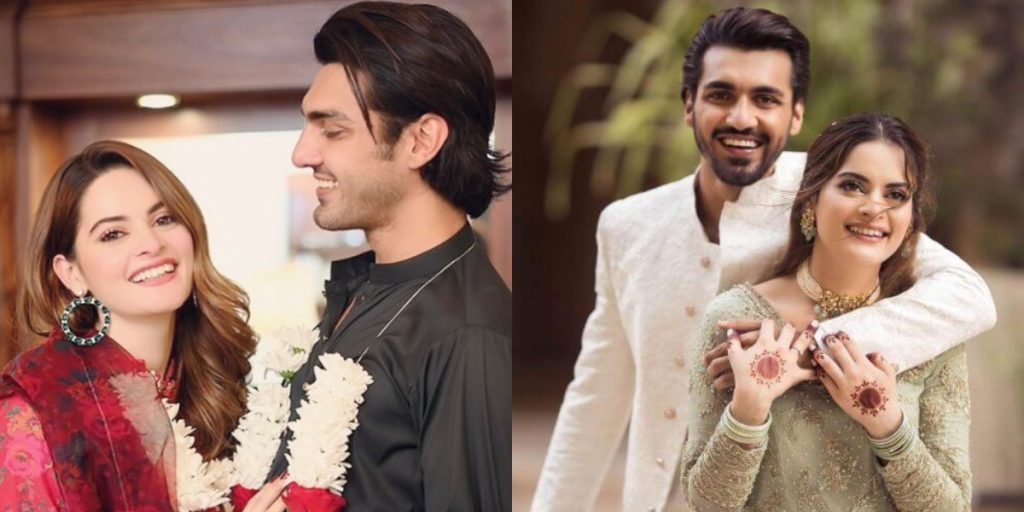 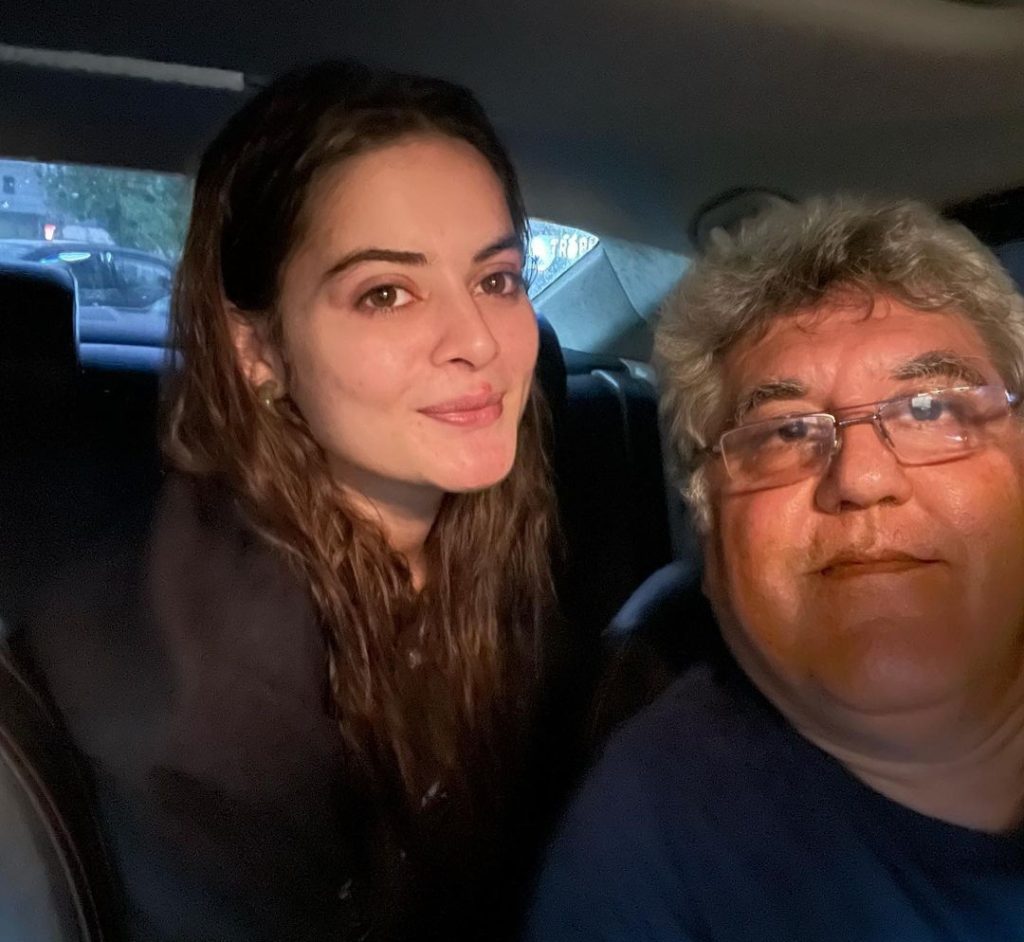 Seeing fans’ activity Ahsan Mohsin Ikram came in to comment section with befitting response and shut the trolls. He said, “if you don’t like my posts go away”

Here are the comments in which he gave responces. 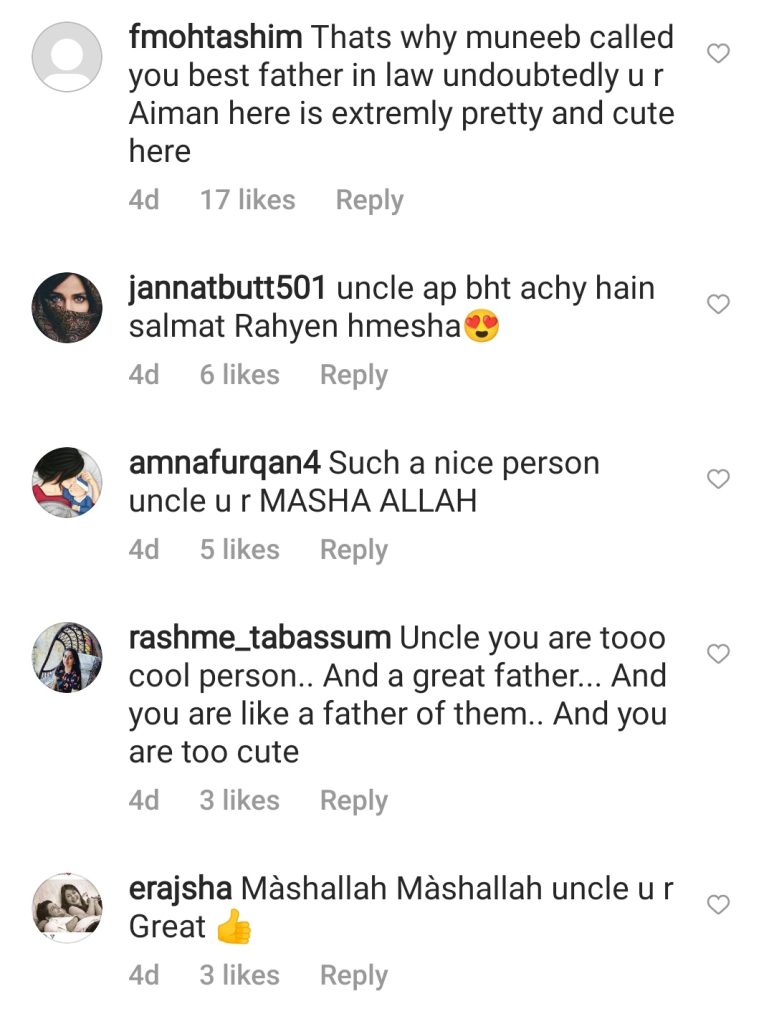 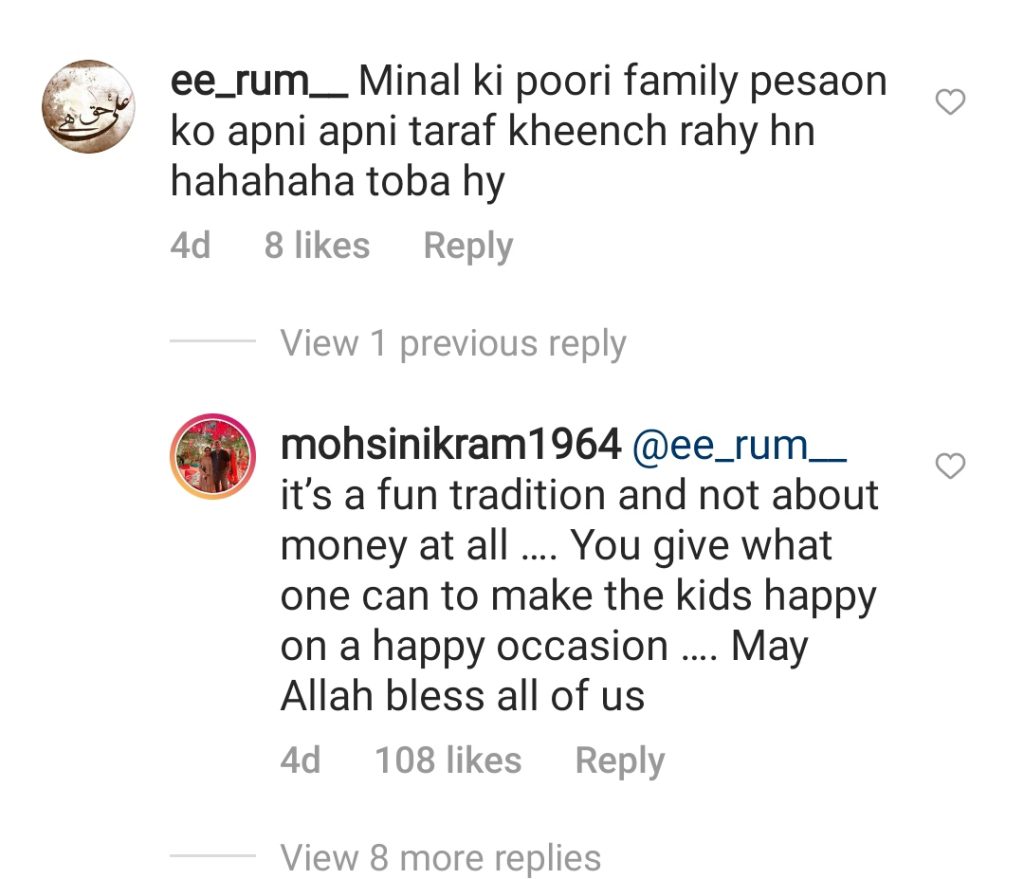 Previously, he has talked about Minal Khan and expressed that Minal is a lovely person and they share a good bond. 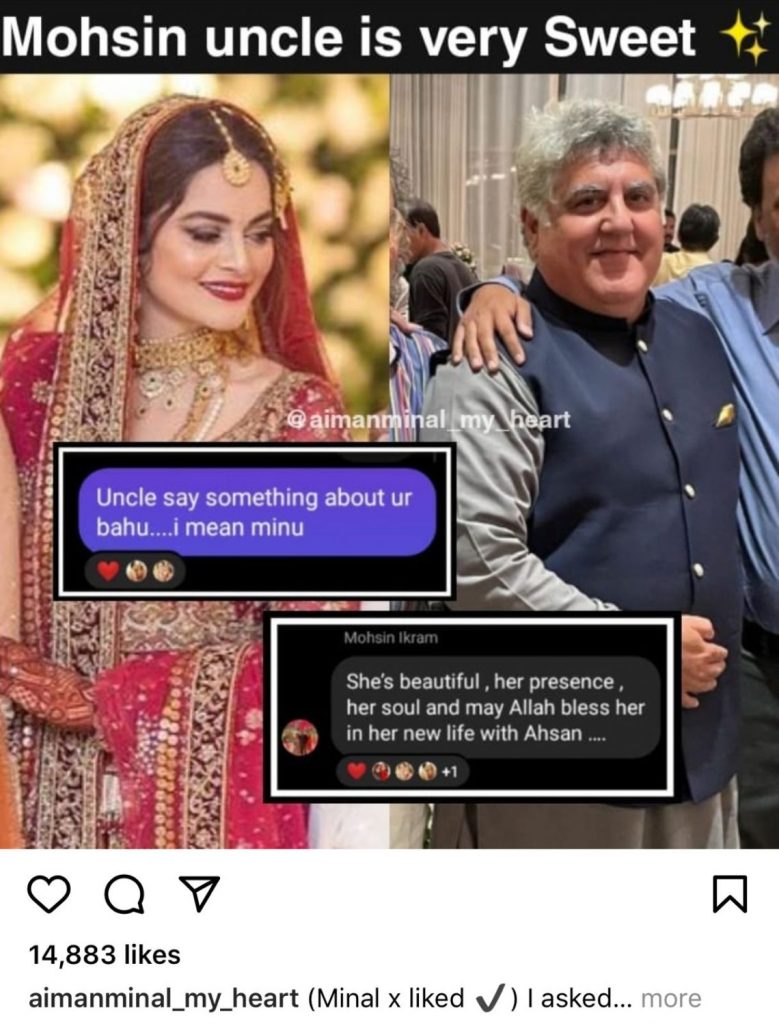 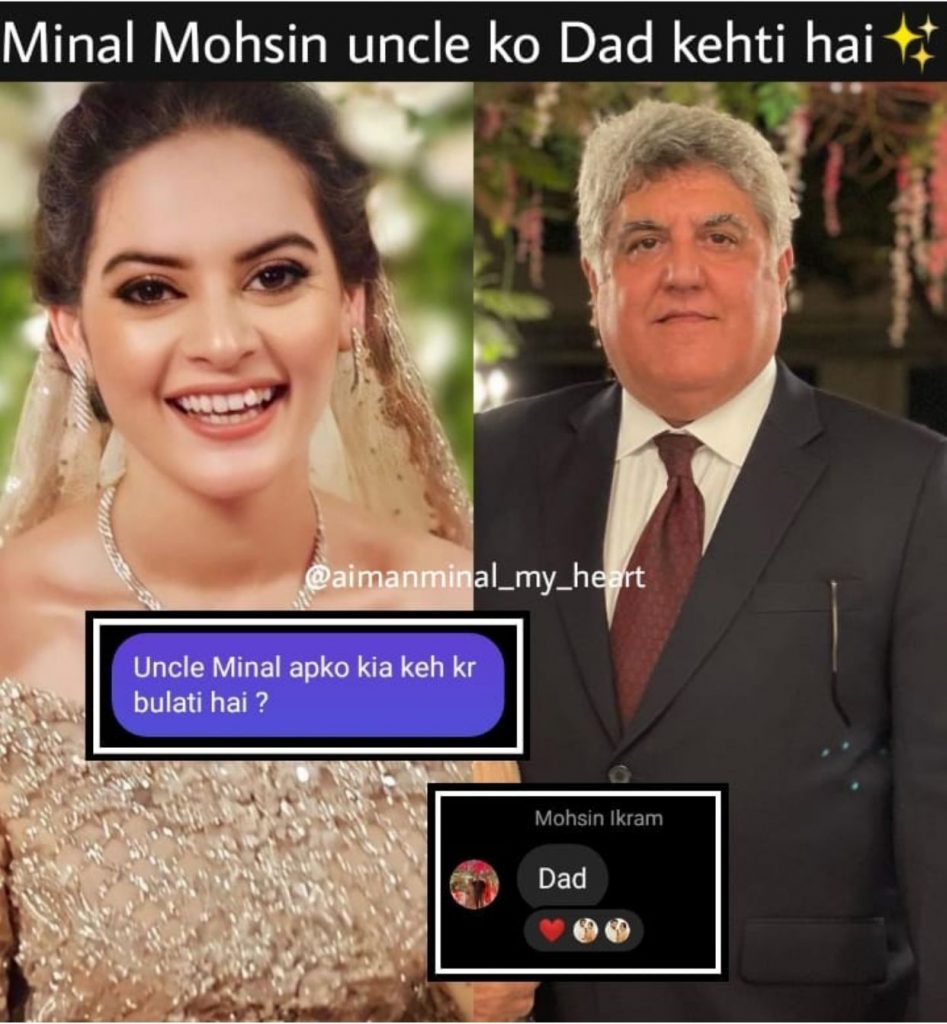