World is going through huge transformations in the geopolitical landscape and Pakistan is also feeling the heat. We are witnessing increased political activity in the country, both from the government and opposition’s sides. People who like to remain up to date with the current affairs already know the situation but what even the ones who do not watch political situations know is that “Kanpein Tang Rahi Hain”. Bilawal Zardari was addressing a jalsa in Islamabad where this hilarious slip of tongue happened:

Soon Kanpein Tang Rahi Hain was a trend on social media and people started making memes and parodies on it. Our celebrities are not behind either and started sharing their takes on this. Saboor Aly shared a picture of hers in cold weather with a hilarious caption: 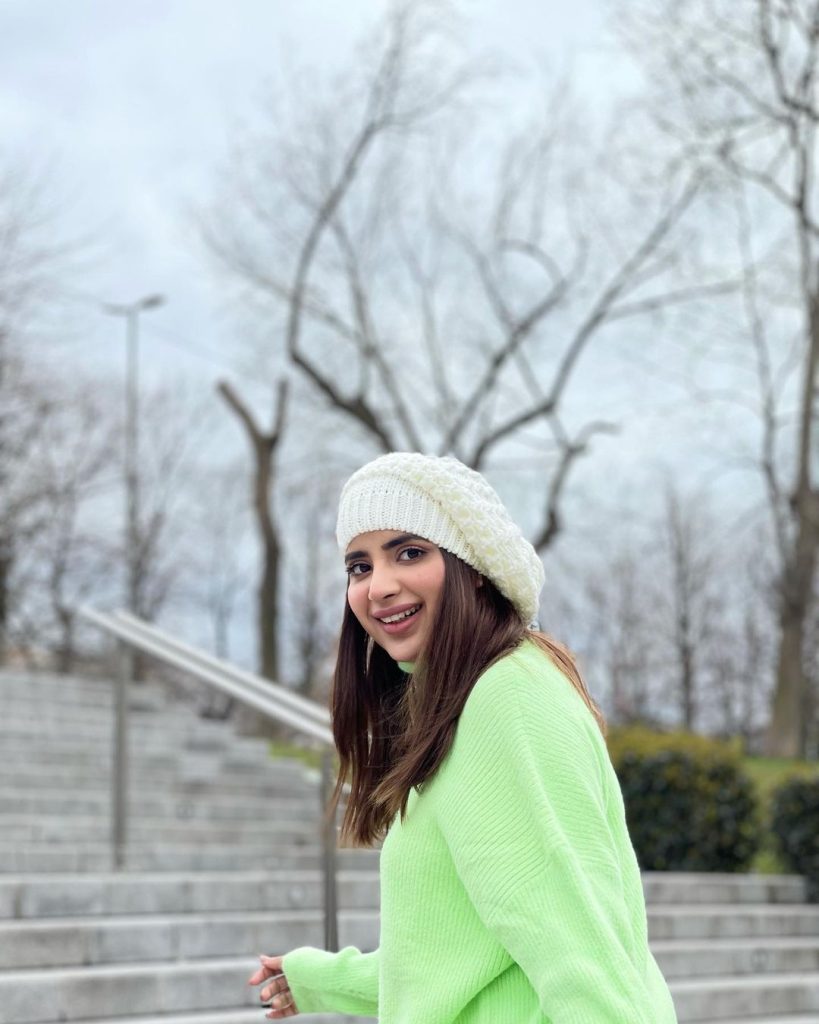 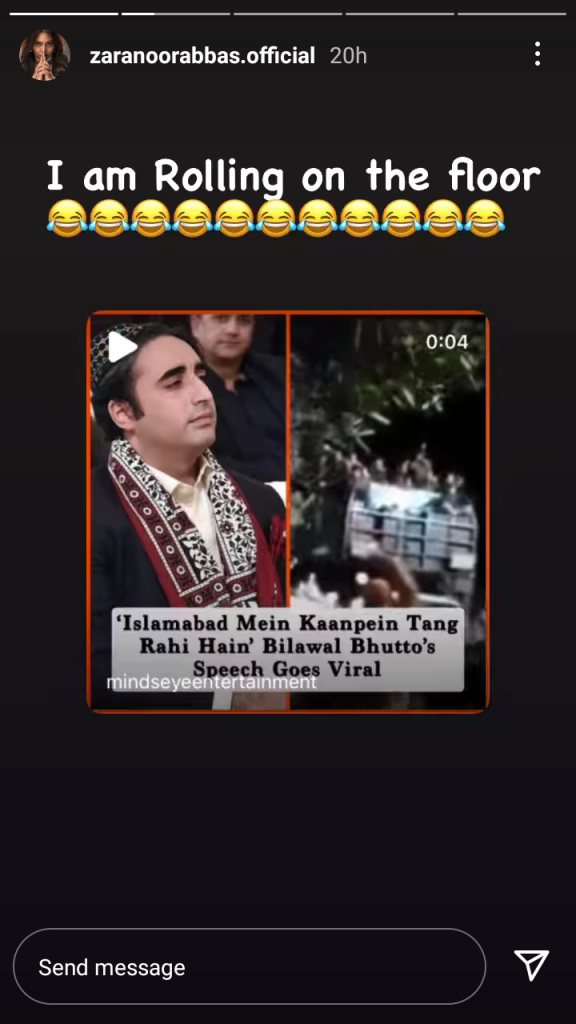 Haroon Shahid shared a picture from the sets of Fasiq and thought Bilawal Zardari has appeared in his comments under an alias: 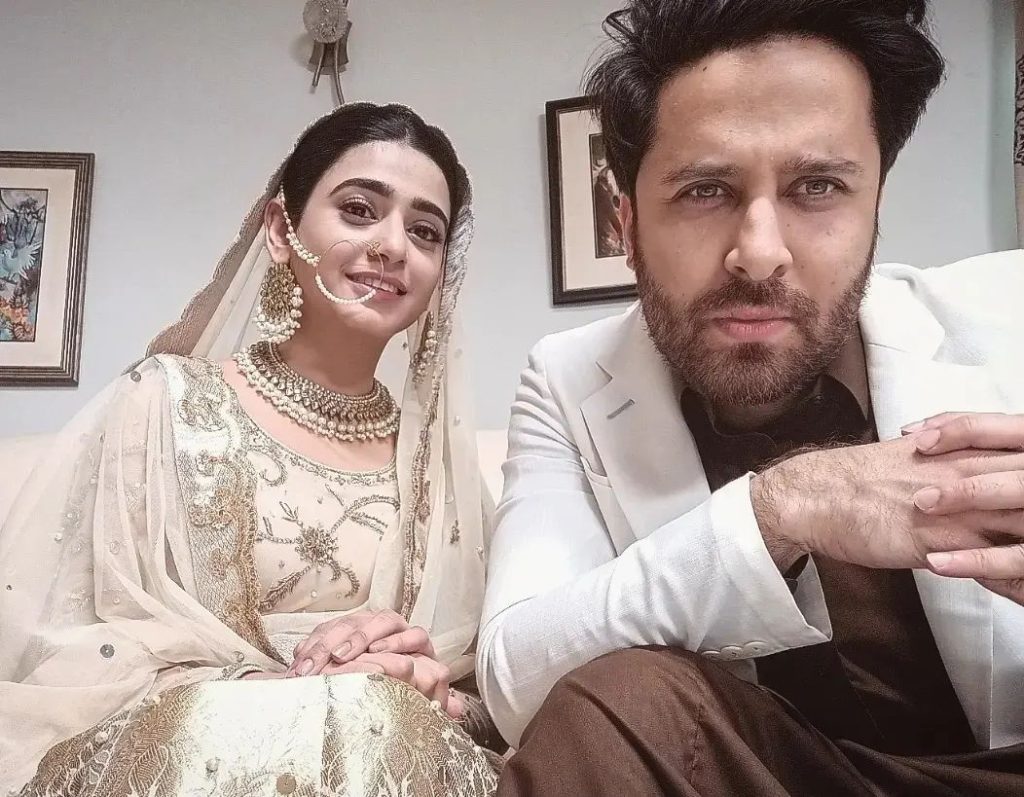 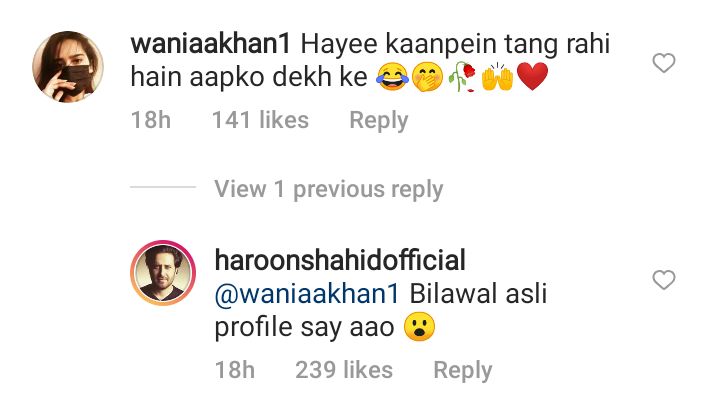 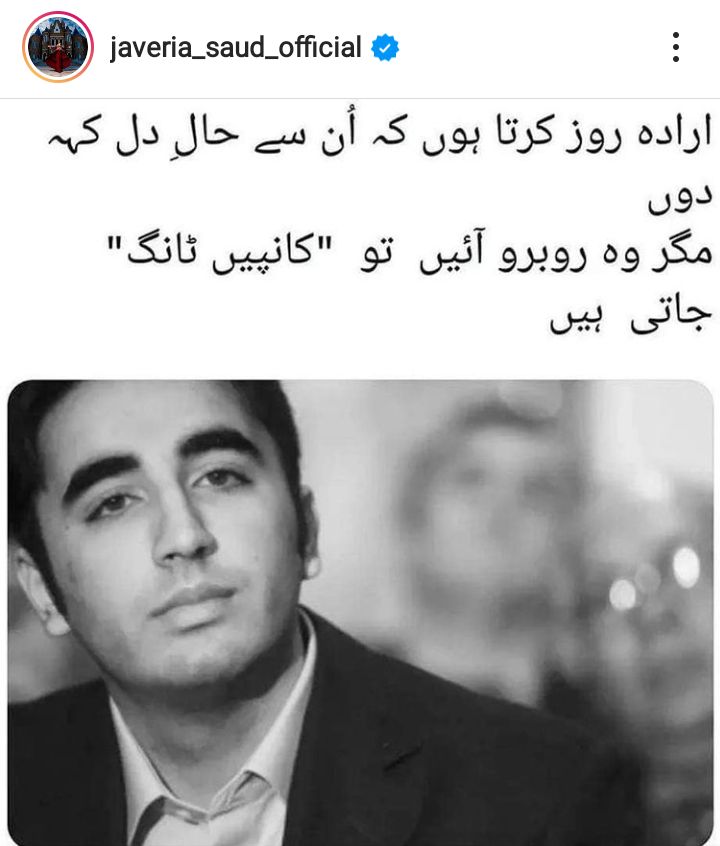 Ahsan Khan, Nimra Khan and Salma Hassan went on to make their own version of kanpein tangna:

Fatima Effendi Kanwar also has her own version of Kanpein Tang Rahi hain:

Makeup artist Waqar also had a take on it: