Actor and popular comedian Masood Khawaja passed away today in Rawalpindi. He was popular for his television and stage appearances. He was admitted into Holy Family Hospital in Rawalpindi. He passed away from Renal disease. According to the family, Masood Khawaja was undergoing treatment at Holy Family Hospital, for his kidney disease. He was undergoing dialysis. 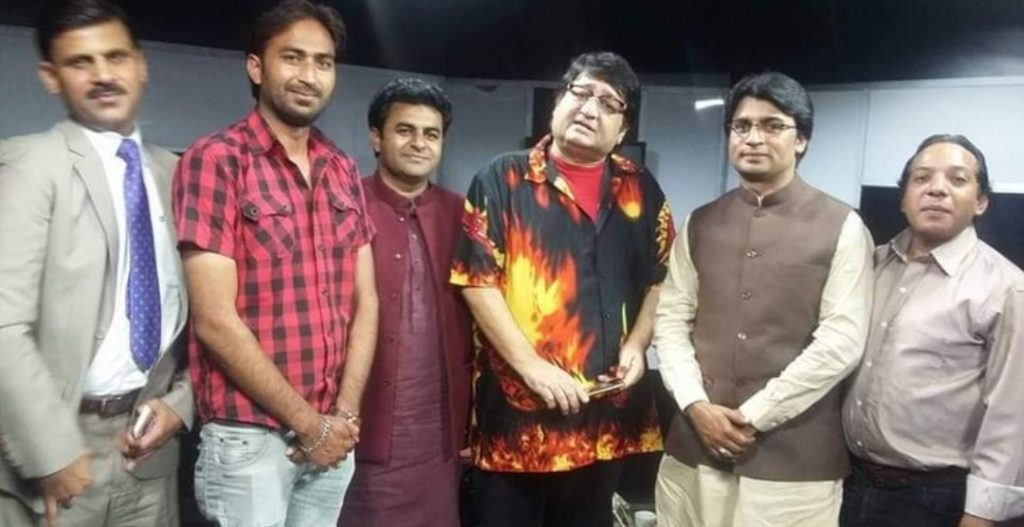 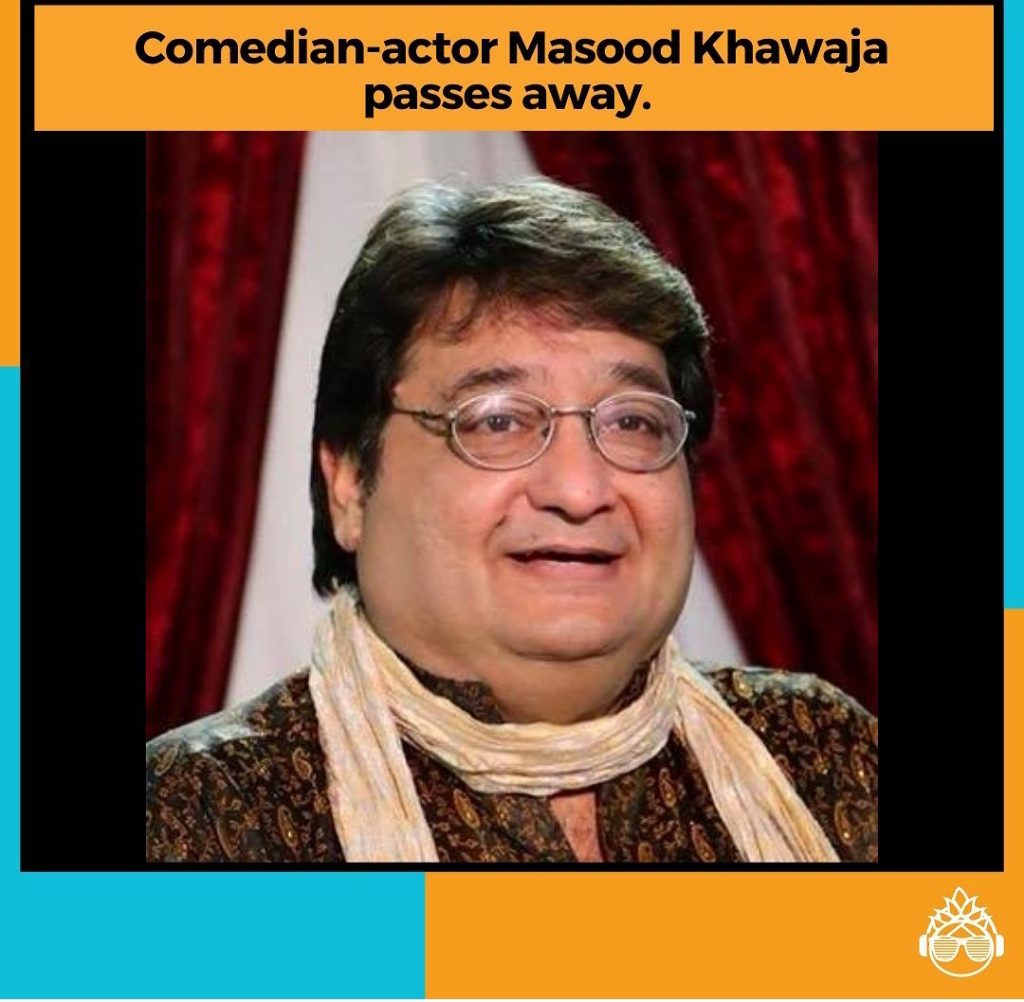 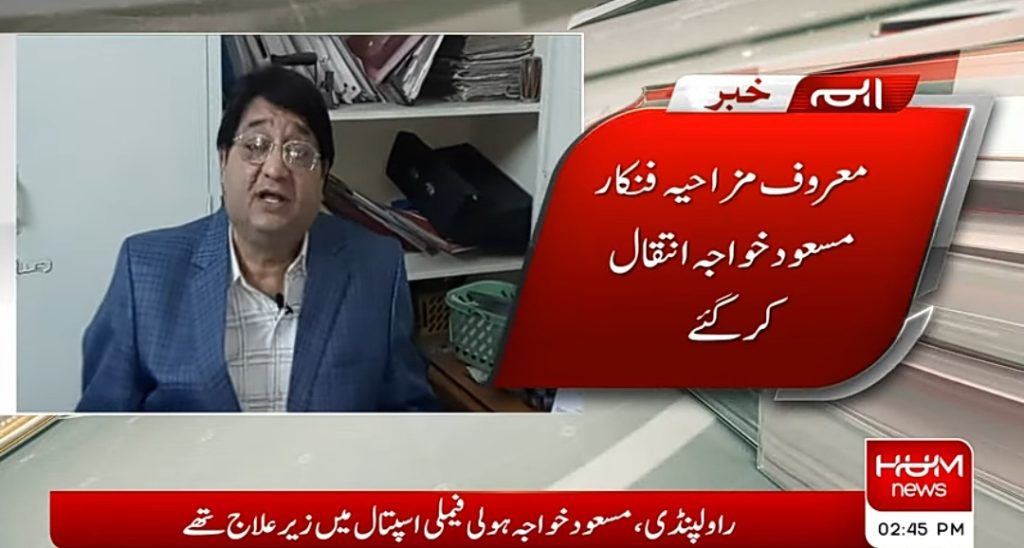 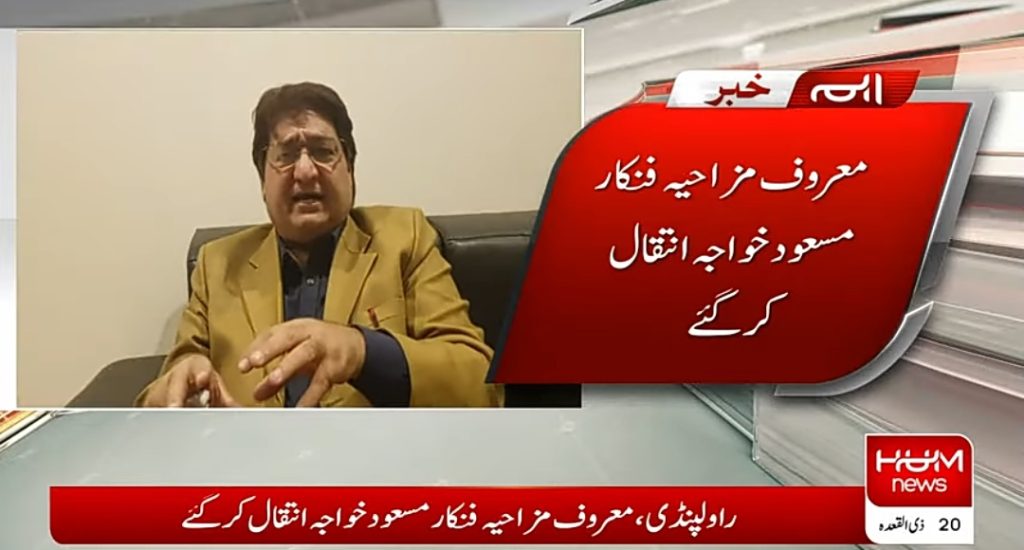 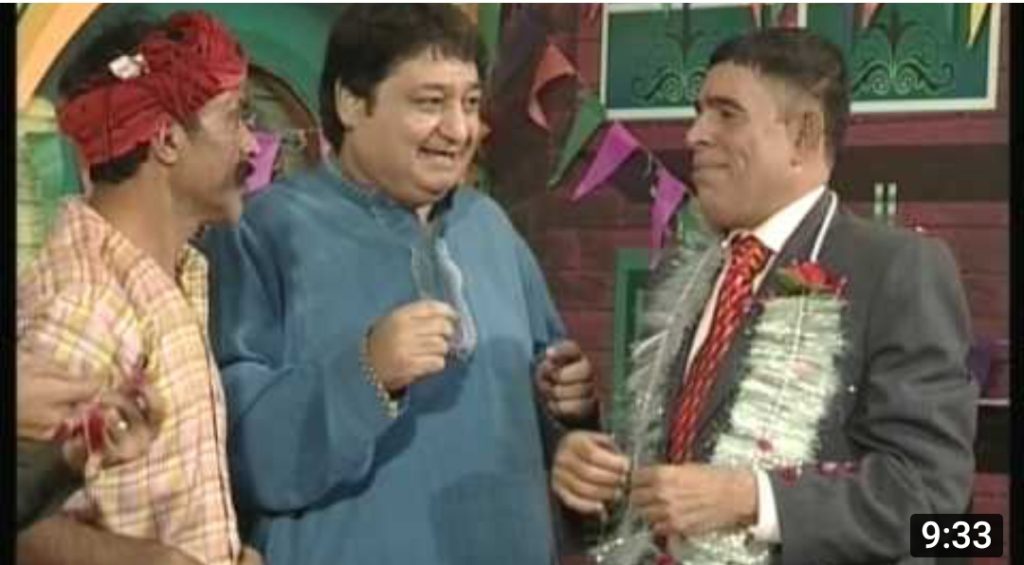 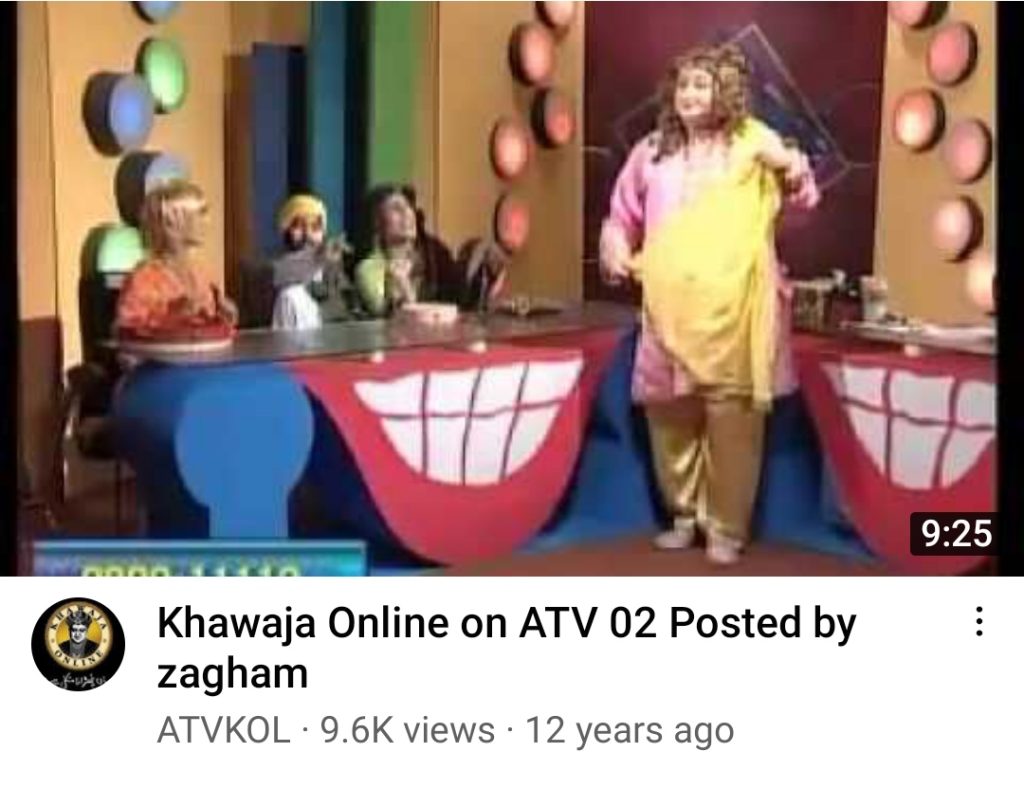 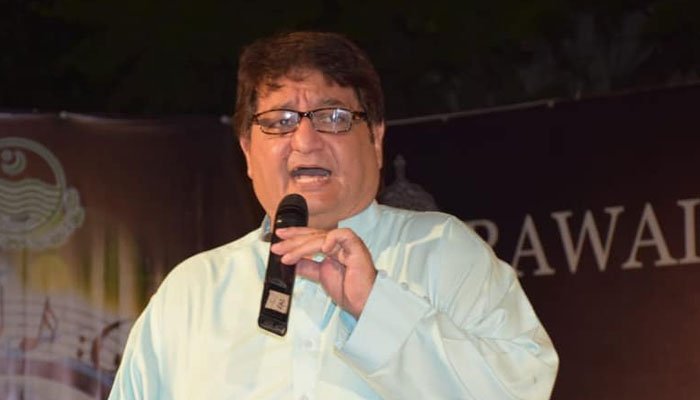 In his long artistic career, Masood Khawaja has acted in several dramas. The drama “Guest House” aired on Pakistan Television is one of his famous dramas. His popular live show Khawaja Online on ATV fetched him more popularity and following. The program used to air twelve years ago. Masood Khawaja had also appeared in many PTV dramas. The actor mainly performed from Pakistan television Islamabad centre. Here is the video link. 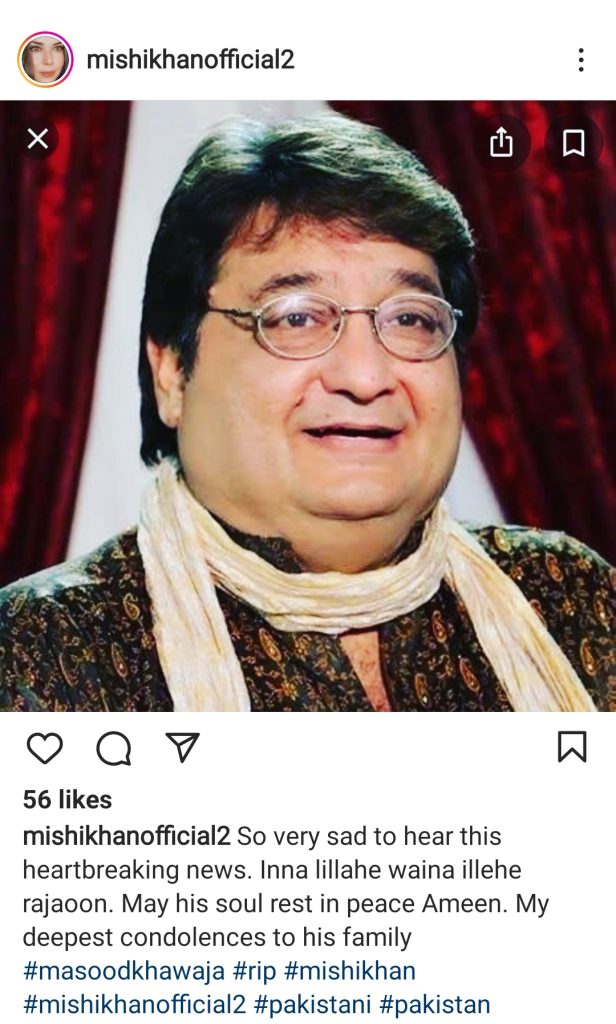